"We Can Do It!" - Building Safer Homes in Iraq's IDP Camps

The shelters that make up Jad’ah 5 camp, in Iraq’s Ninewa Governorate, all have the same architecture: tents made of a metal frame; an inner cover; a layer of insulation; an outer cover; front and back doors. Sandbags are placed around the base outside, to weigh down the tarpaulins and keep the structures in place. 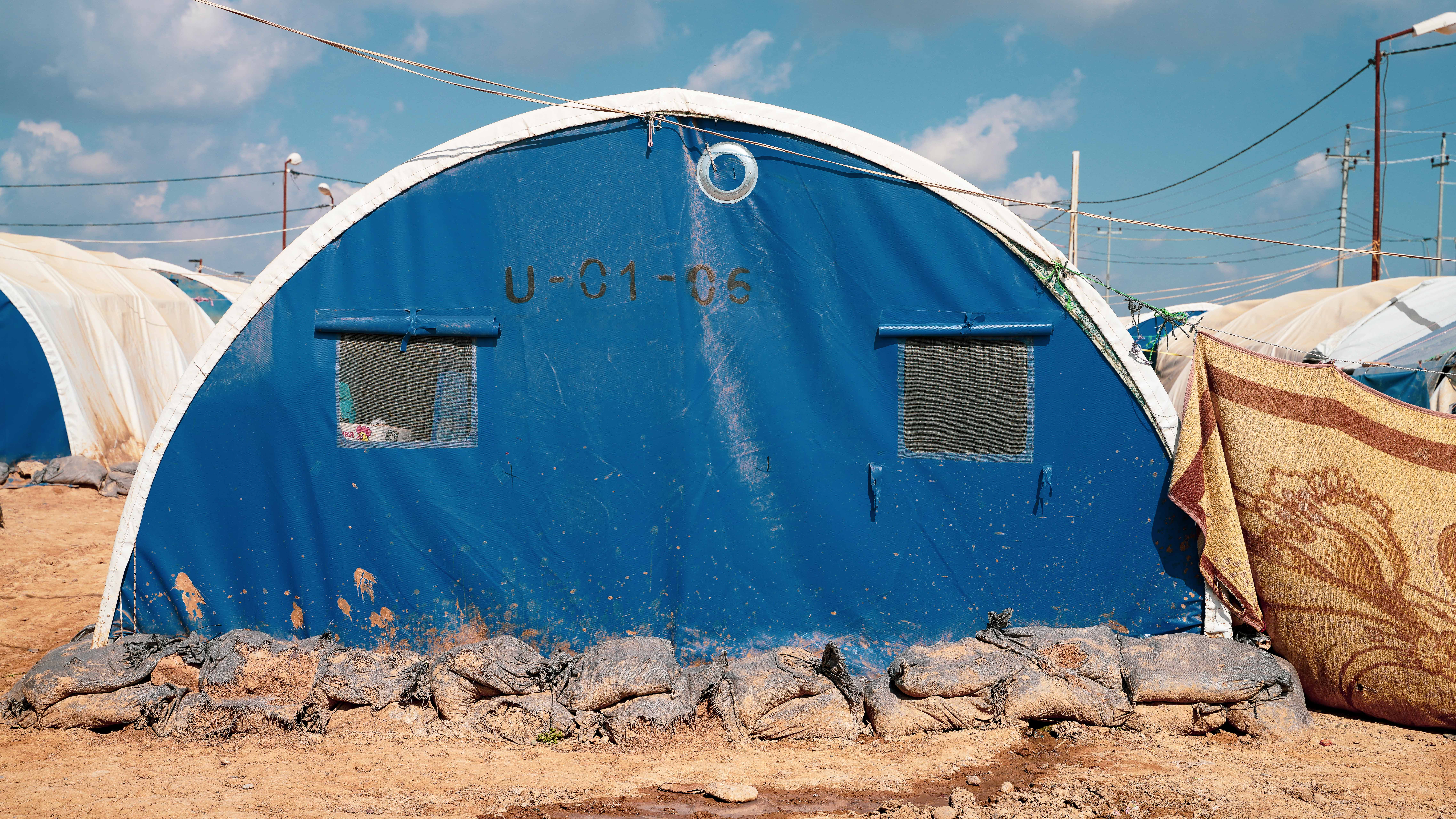 The Jad’ah Camps, in Iraq’s Ninewa Governorate, were constructed in 2016. Photo: IOM/Yad Abdulqader.

In Jad’ah 1 and Jad’ah 5 (separate sections of the same camp) these modest constructions are still home to 20,000 internally displaced persons (IDPs); across Iraq, there are an estimated 1.4 million IDPs, 24 per cent of them live in camp settings.

Shifa Abdulla’s tent in Jad’ah 5 houses eight people: she has lived there with her husband and six daughters since being displaced from Mosul in 2017.

“When we came to the camp, the tent was in a bad state,” Shifa, 35, explained; in 2019, the roof of her tent started leaking. “We asked for help many times, but nothing happened.” 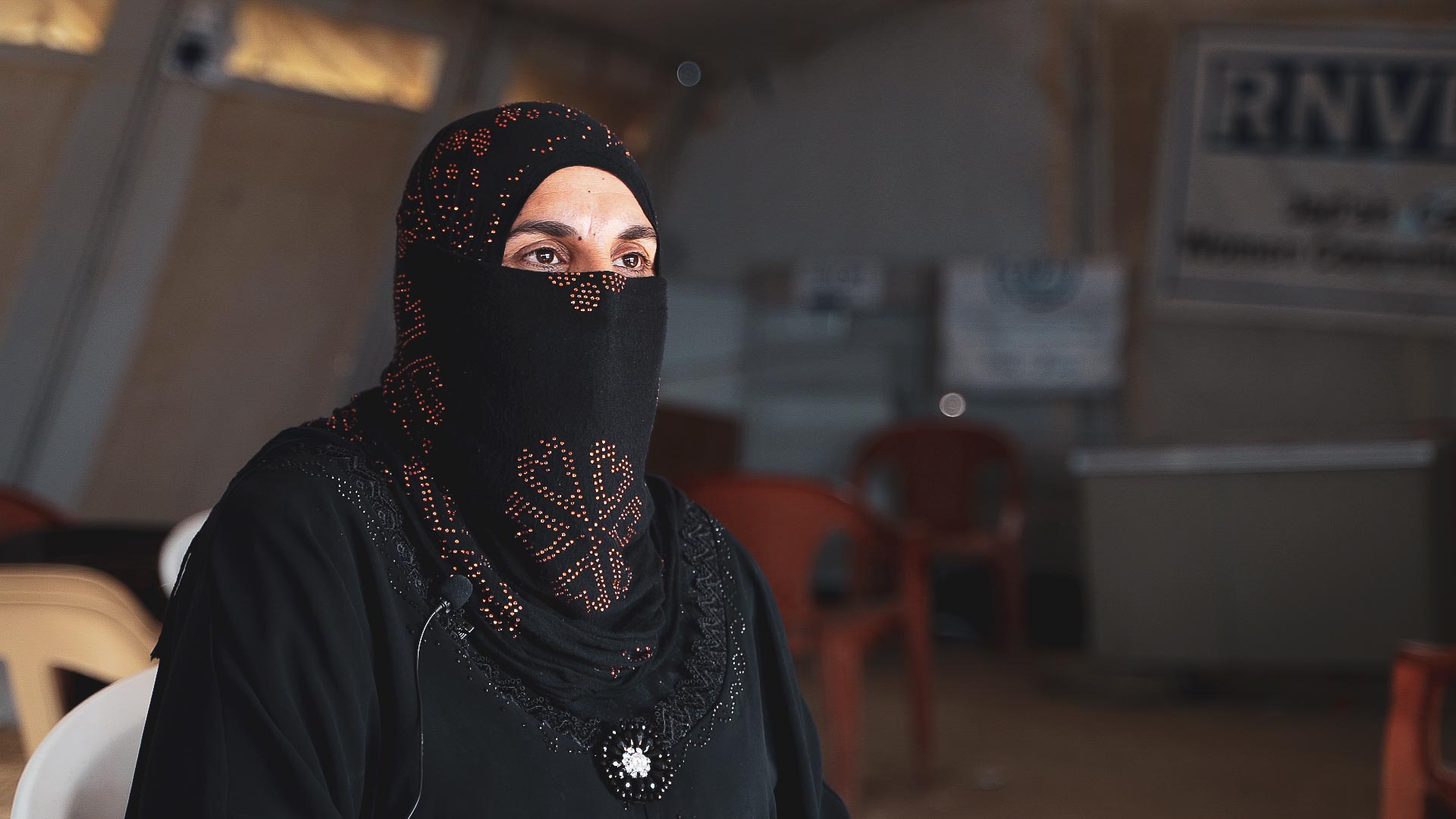 Shifa Abdulla lives in Jad’ah 5. Her family was displaced from Mosul in 2017. Photo: IOM/Yad Abdulqader.

Many tents in the camp, constructed by the Government of Iraq in 2016, needed to be repaired or replaced but a lack of resources made it difficult to address these needs. Through the Iraq Humanitarian Fund (IHF) – a country-based pooled fund led by the Humanitarian Coordinator and managed by OCHA – the International Organization for Migration (IOM) received a grant in 2019 to replace all tents in the Jad’ah camps since they were beyond their life expectancy. 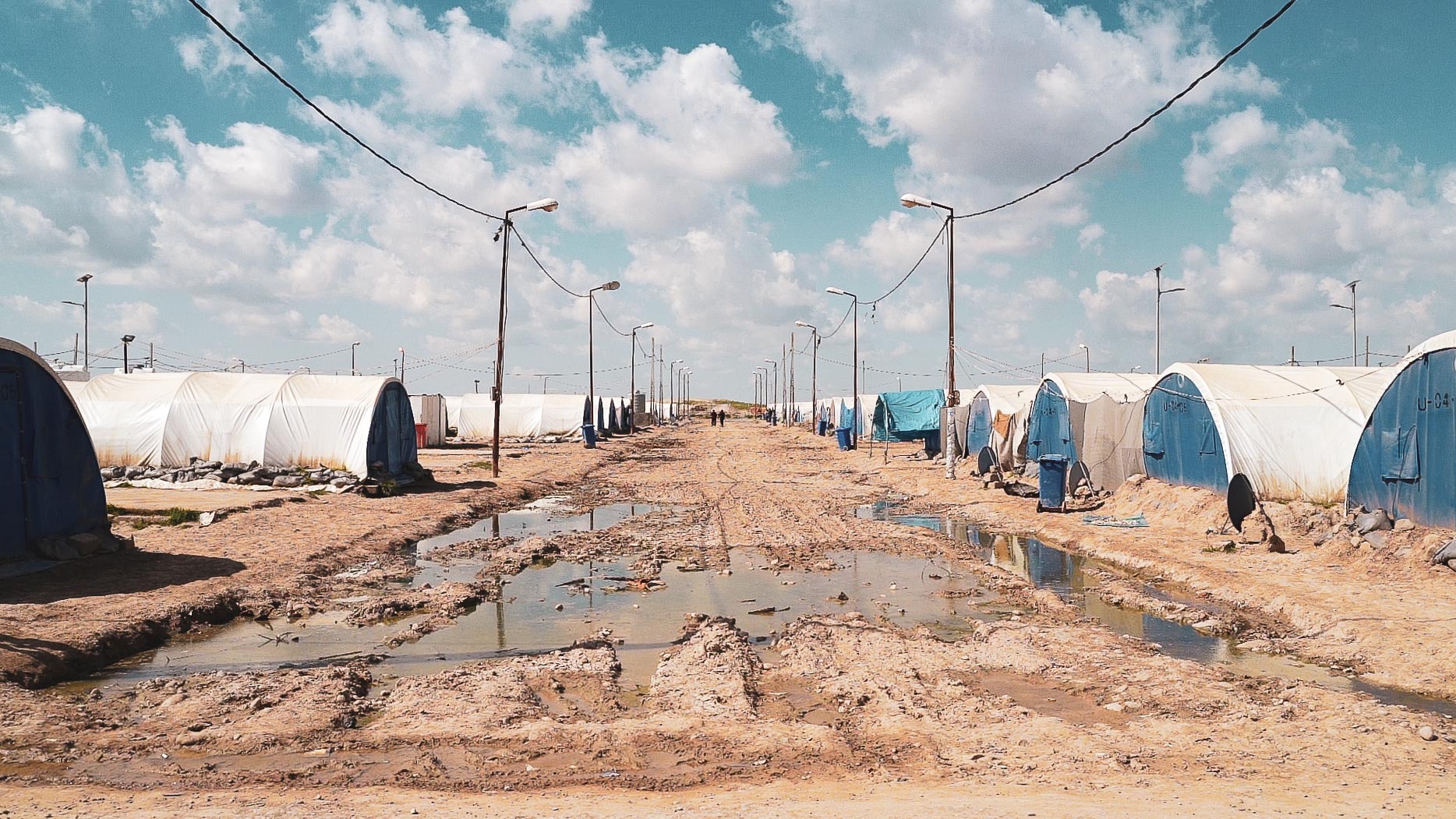 The project’s priority was to replace the tents’ soft covers, while reusing the original metallic frames, and add new sandbags around the exterior bases to prevent rainwater from entering the tents during the wet season. Another objective was to engage the camps’ residents as much as possible, through a Cash for Work scheme designed to provide work opportunities.

Starting in October 2019, teams of workers dismantled and then replaced all parts of the tents during two-week shifts (six working days each) before rotating to allow new teams to work. This schedule was put in place to include as many families as possible in the project. 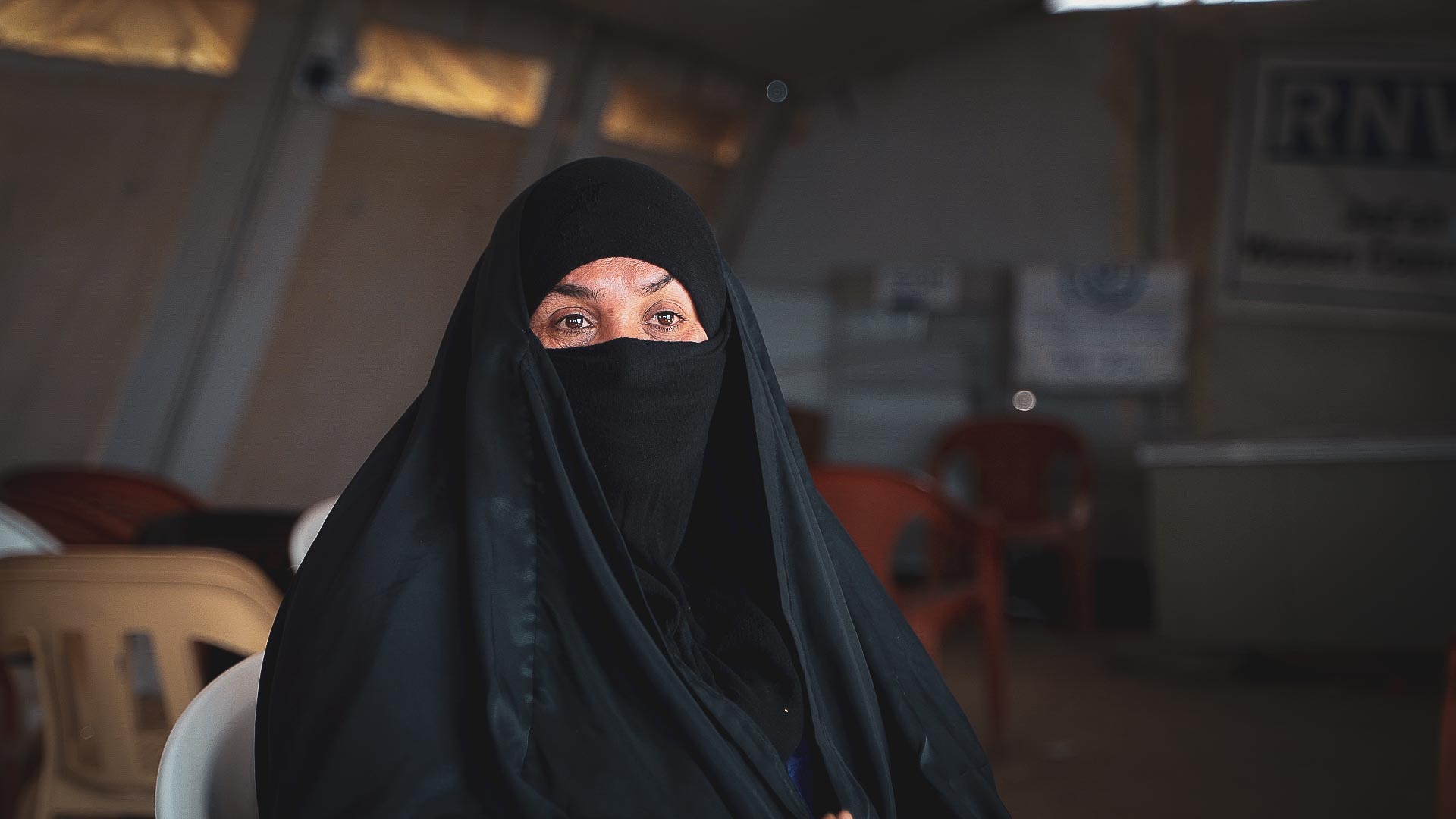 Employment opportunities for female heads of household, like Iman Abdulla, can be limited. IOM/Yad Abdulqader.

“My daughter and I were both able to work for a few days, and it helped a lot,” said Iman Abdulla, 43, who also lives in Jad’ah 5. Iman is the head of her household, and her daughter is a widow; employment options can be limited for women in these situations. “Women, especially widows, don’t have many employment opportunities, they only get to do tailoring work which doesn’t pay much.”

IOM Iraq aimed to include a large number of women in the project, to work alongside the men and earn fair and equal wages for their families. With the understanding that all programming must be gender-responsive, female engineers from IOM Iraq’s Camp Management and Shelter programmes hosted focus group discussions for women in Jad’ah 5 in April 2019 to better understand their needs. Participants were asked, amongst other things, whether they wanted to work and about the types of jobs they were willing to do. During the discussions, it also emerged that the women had struggled to find work in the past, because no one had taken the time to ask them if they were willing or able to do certain tasks. 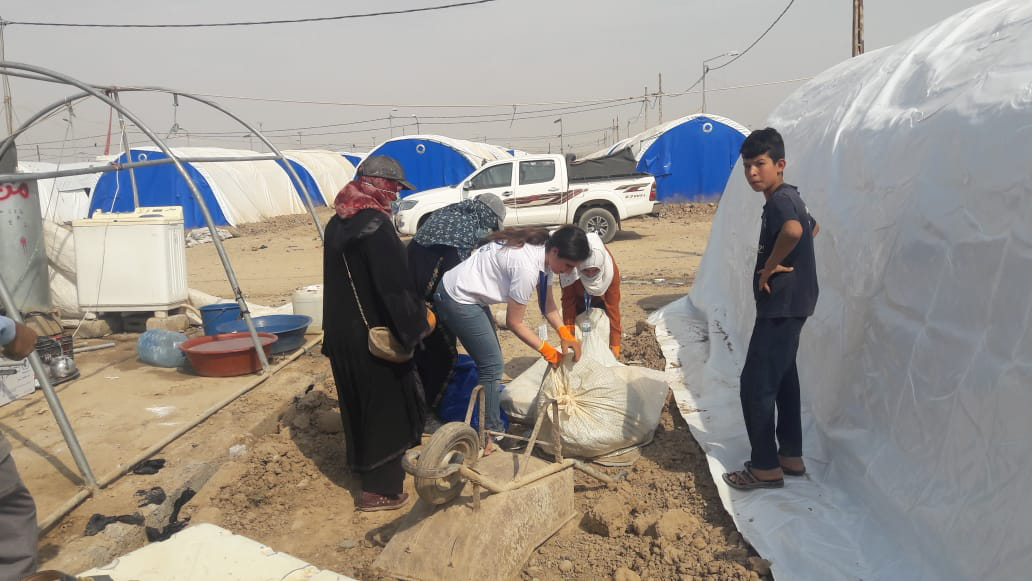 Building the capacities and resilience of women, girls, men and boys is a key part of any humanitarian response. IOM Iraq prioritized women’s participation, and the cash-for-work project provided an opportunity for the women to learn new skills while earning some money to meet their families’ needs. 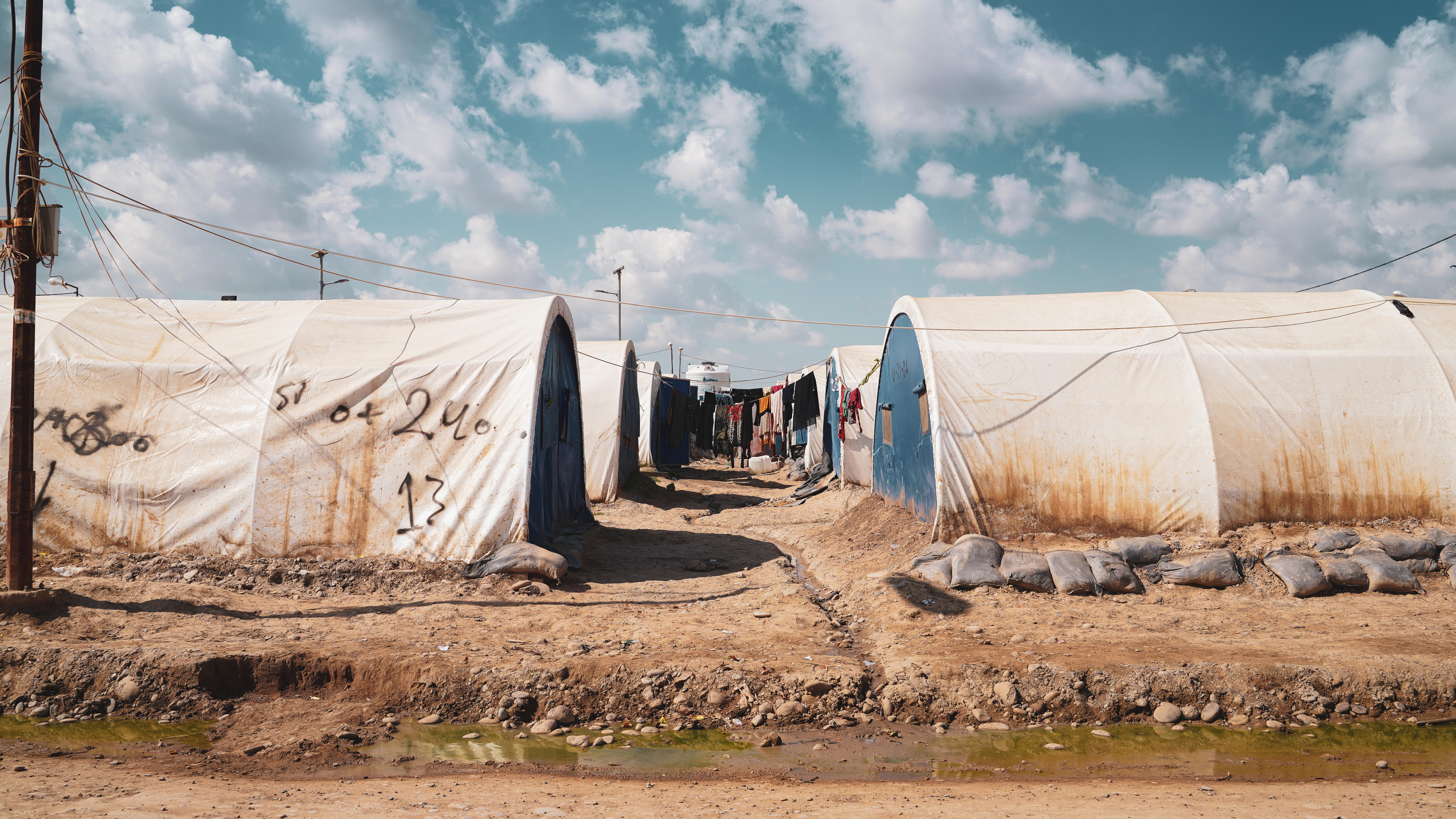 “We learned how to dismantle and set up the tents on our own, and with the right materials we can do it again if needed,” added Iman. “The project managers treated us well, the wages were good and our tents are more comfortable now.” 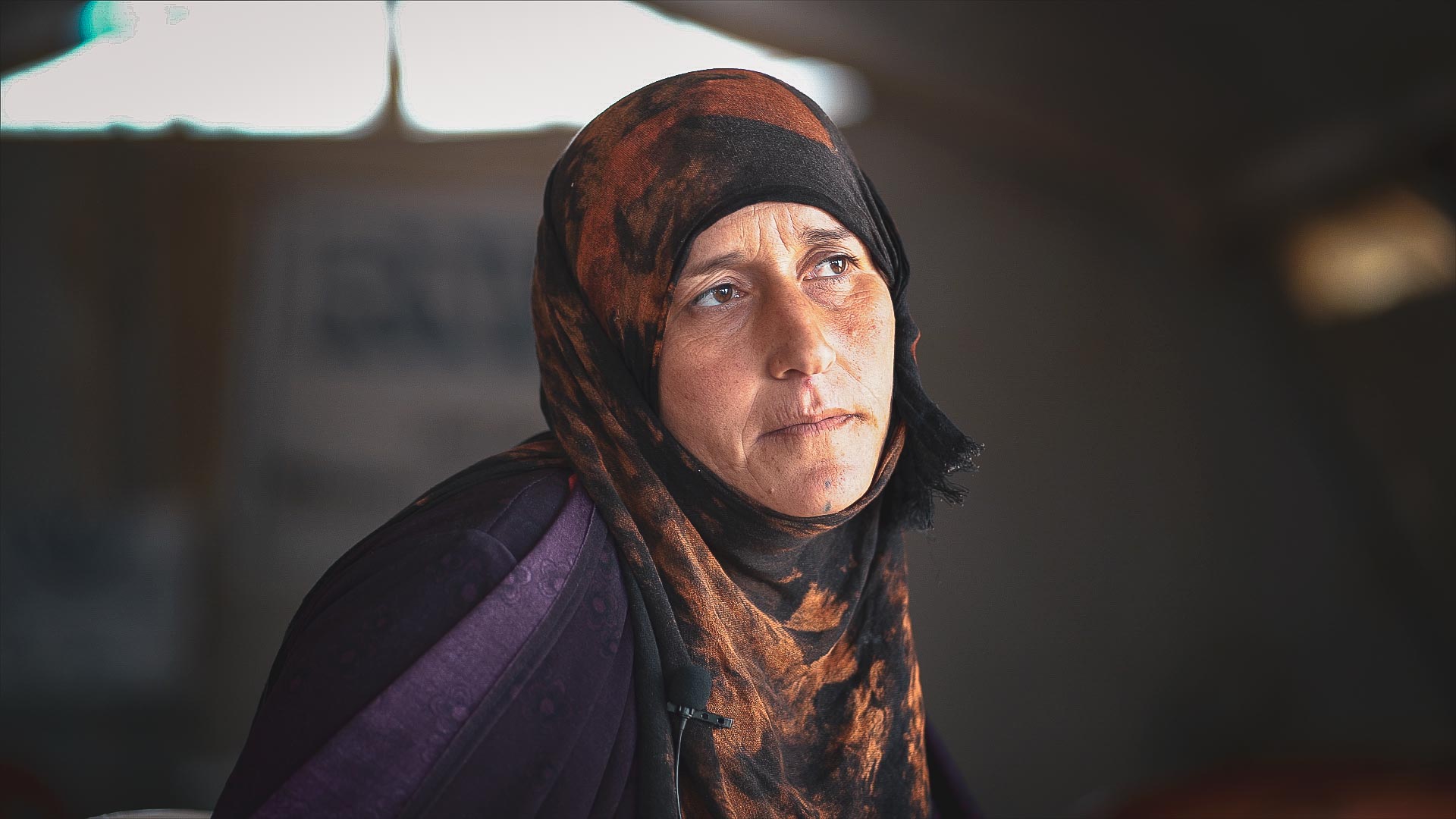 During the focus group sessions, participants were asked whether they were comfortable working alongside men; in many contexts, construction jobs are viewed as “men’s work” and women may be excluded from such work opportunities for cultural reasons.

During focus group discussions in 2019, women stated that they were comfortable doing any kinds of jobs and working alongside men. Photo credit: IOM/Yad Abdulqader.

“We did this together, as brothers and sisters, and I learned a lot from this experience,” she added. 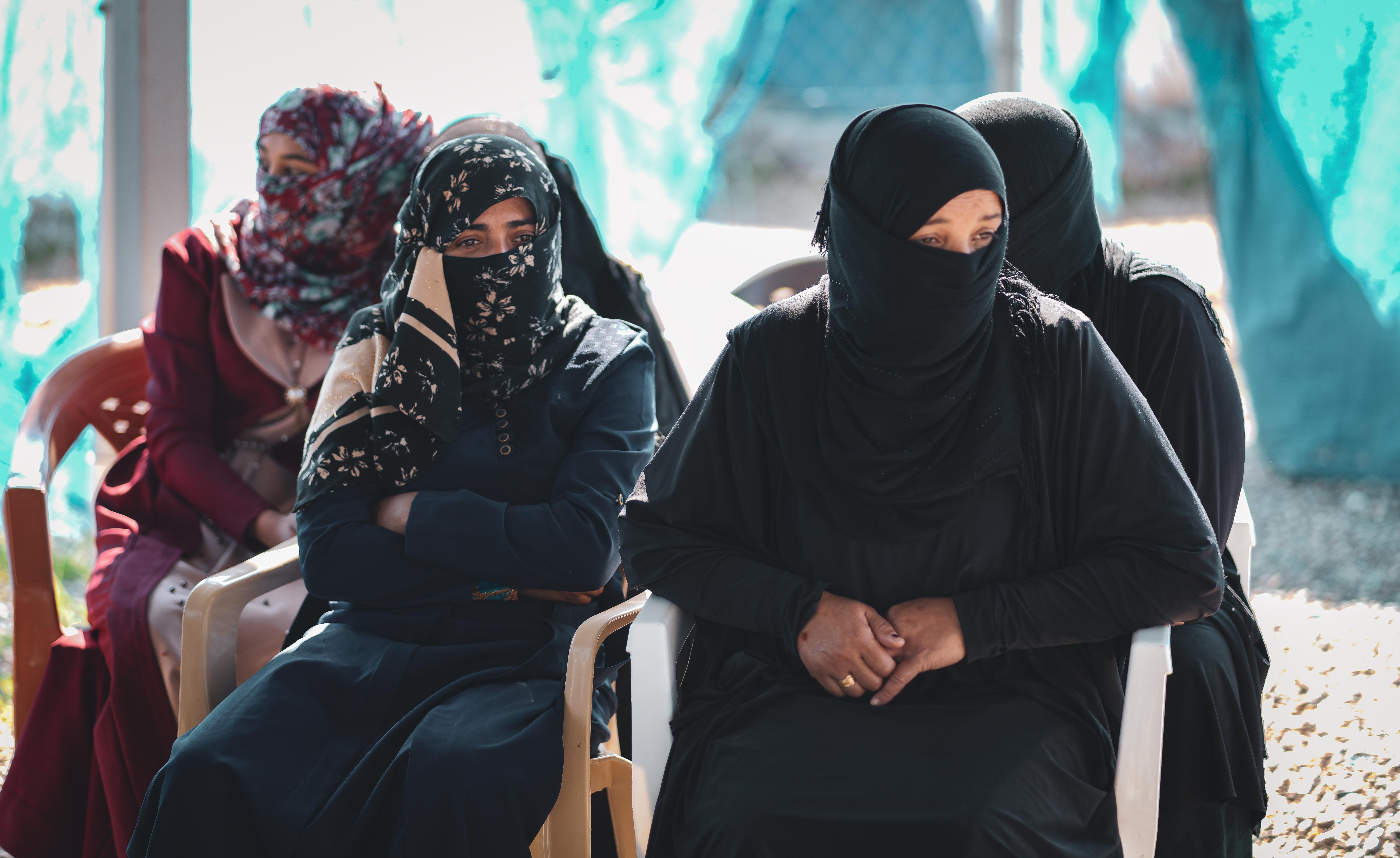 IDPs in the Jad'ah camps still have many needs to be met — primarily financial. Shifa, Iman and several other women who attended a follow-up focus group discussion in early March 2020 reported that the money they earned through the tent repair activity helped them support their families – so they hope such initiatives take place again. The exercise also contributed to their communities’ acceptance of women as equals and breadwinners in their own right, while enhancing the women’s self-confidence.

The participants reported that there was a lot of solidarity between the teams — if an older woman couldn't carry out certain tasks, everyone would come to help her. If one team grew tired from the day's tasks, another team would quickly step in to take their place.

“We met many people through this activity and made new friends,” Iman concluded. “Any work that IOM offers in future, we will learn how to do it.”