The Borehole Handpump Mechanic Breaking Stereotypes in Her Community

Juba – “Don’t be fooled by my pretty green dress.”

“I can do it,” says Agnes Juma, revealing a bright white smile as she leans down to turn the nozzle of the water pump.

It is a hot day and Agnes is doing her routine maintenance check of the water yard in Joppa Block 5, on the outskirts of Juba, the capital city of South Sudan.

She is handpump mechanic for the borehole which supplies water for her community in Joppa.

Agnes is one of four community members in Joppa trained by engineers from the International Organization for Migration’s Water, Sanitation and Hygiene (IOM WASH) unit as handpump mechanics to do maintenance and repairs of the pumps to ensure the continuous supply of water without any glitches. 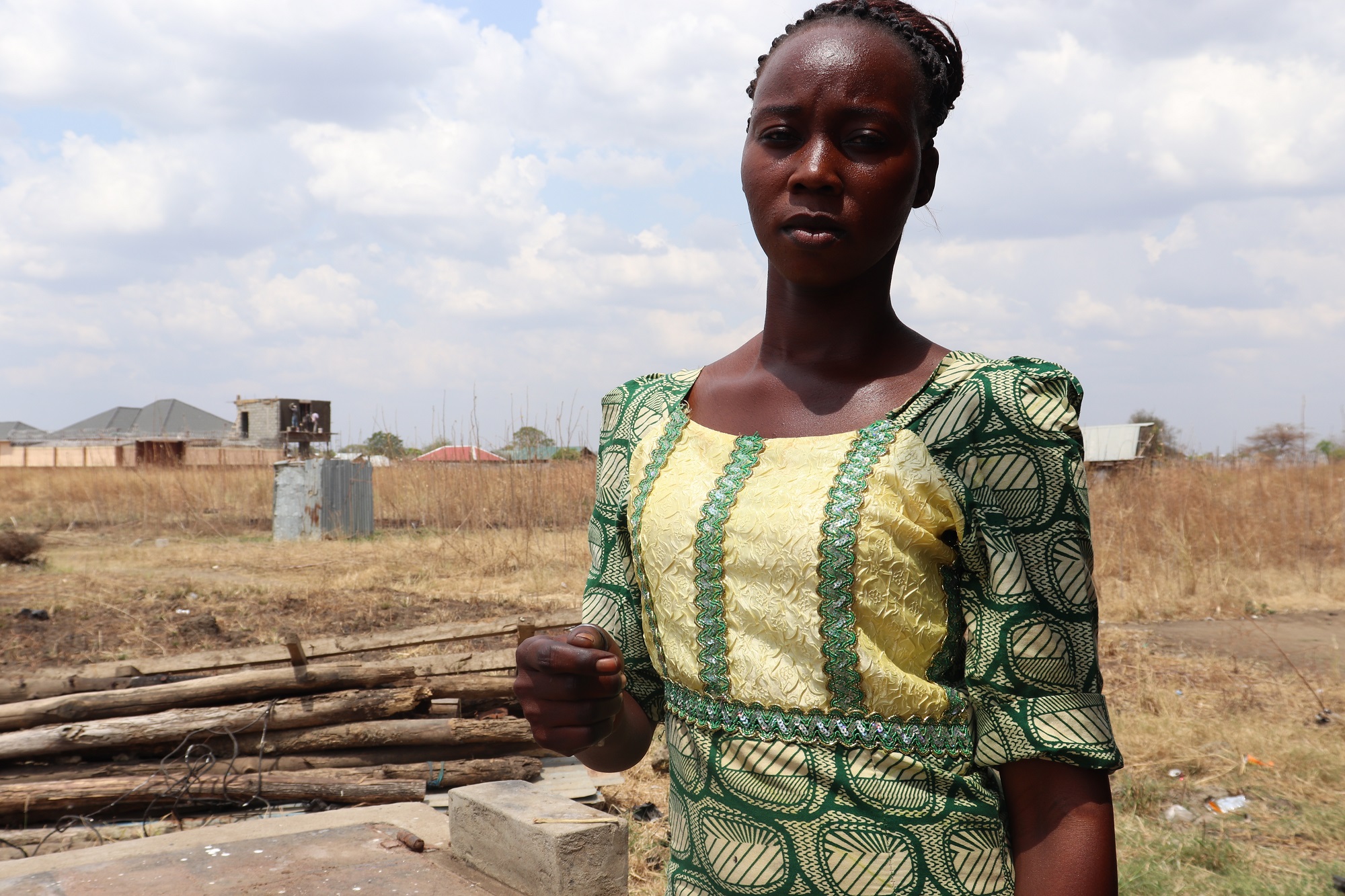 “I was very happy when I was nominated to be trained as a mechanic,” says Agnes. “In fact, it was a bit unreal because as a woman, I thought I would never be selected for such a ‘manly’ job,” she adds.

The 28-year-old mother of three says she was convinced that she had no limitations in her abilities.

“She may never know, but that engineer really inspired me to break beyond what I thought was a job reserved for men,” says Agnes.

“We strive to provide women with opportunities to upskill and enter the labour market,” he adds. 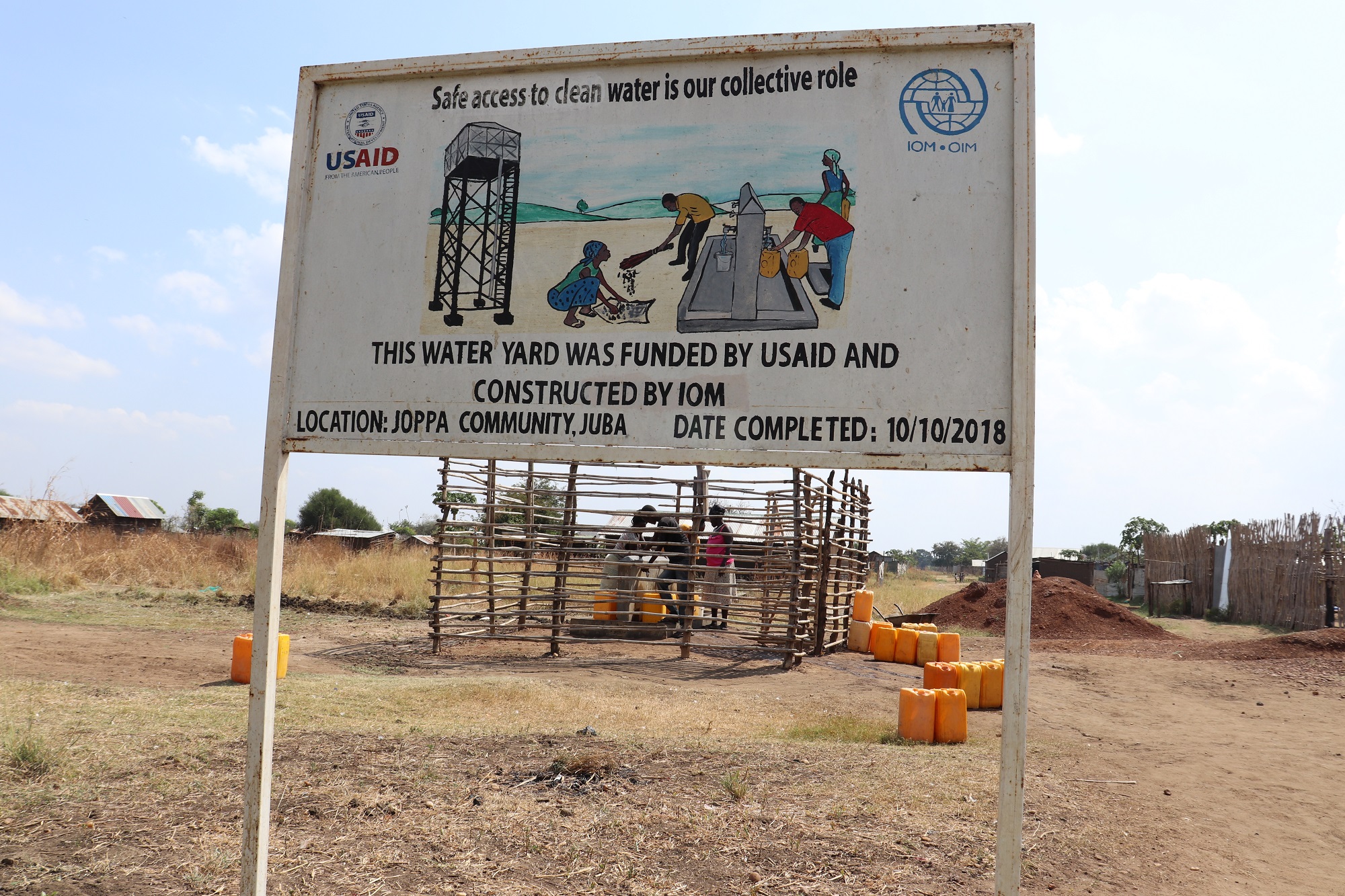 In July 2018, IOM constructed a water yard to serve the community of Joppa with safe drinking water.

“Today, as the world responds to the coronavirus pandemic, water yards like the one in Joppa are proving to be more critical than ever as communities in these areas can have access to running water to wash their hands and help curb the spread of the disease,” says Cuevas.

IOM has been working closely with community leaders in Joppa to help guarantee the sustainability of the project, ensuring that the community could stand on their own and maintain the water yard.

A Water Management Committee (WMC) was formed with responsibilities which included pump mechanics, a caretaker and a treasurer who manages the modest monthly fees paid by residents to collect water. 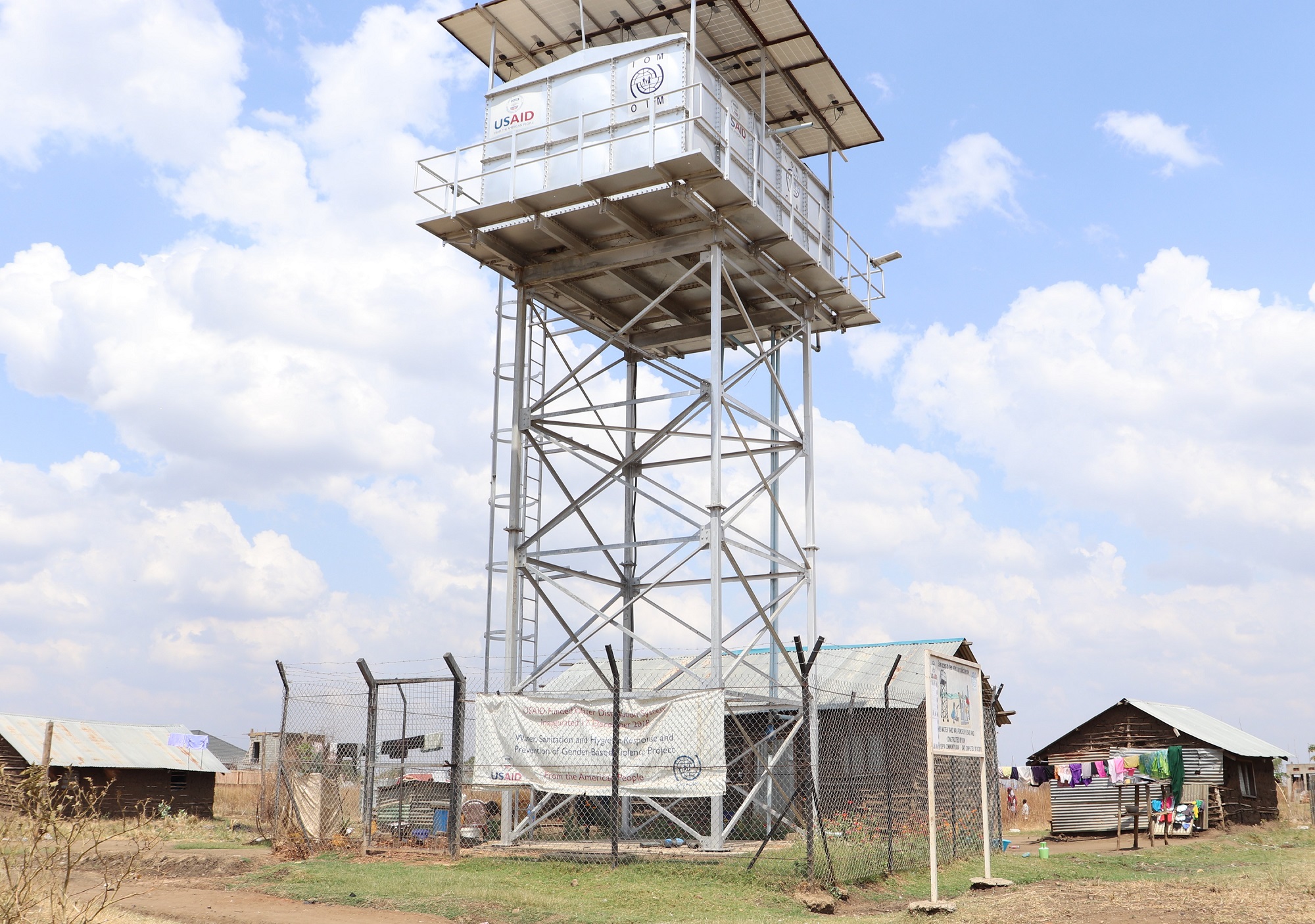 The money collected is used to purchase spare parts for the pump and other necessities when needed.

In October 2019, after construction of the water yard was completed, a festive celebration in Joppa marked the official handover of the borehole to the community. However, the festive mood was short lived when days after the handover ceremony, a heavy-duty lorry drove over one of the pipes cutting off the water supply.

Agnes recalls that both men and women from the community helped to dig the trench and replace the pipe. A true demonstration of “our equality in our diversity as men and women,” she calls it. 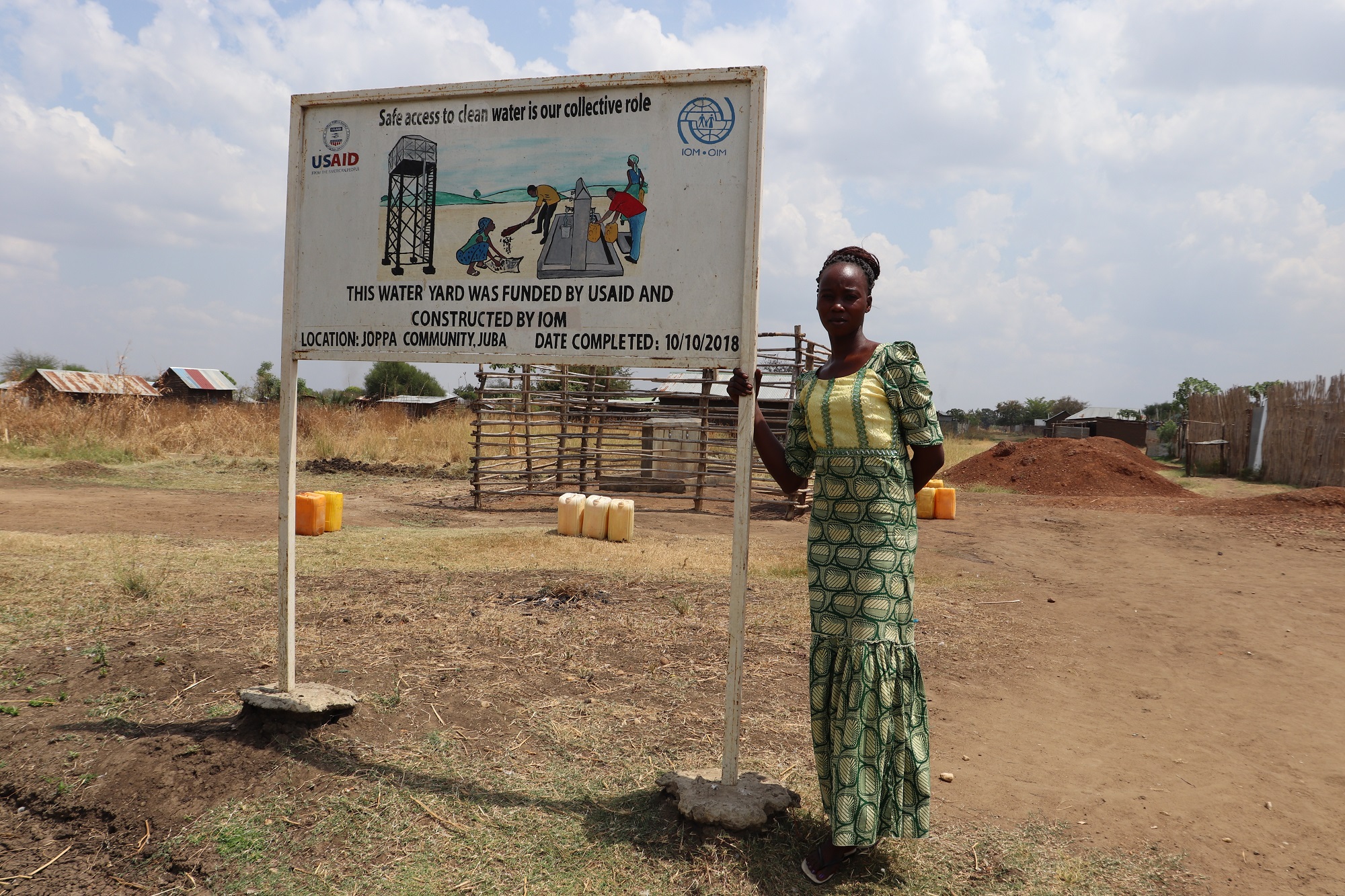 “When we finished the work, I was there to check that the handpump still worked well and had not been affected by the burst pipe,” she says proudly.  “This whole area was flooded,” she adds, pointing to the area around the water yard.

“But we came together as a community, contributed some money to replace the damaged pipe and fixed it,” she says.

She adds that she felt very happy that she helped restore the supply of water for her community.

'There she comes… our engineer', she would hear her neighbours say as she walked down the road.

“I believe I have broken stereotypes that a certain type of job is for men and another is for women,” says Agnes.

This project is funded by the United States Agency for International Development (USAID) and the Water, Sanitation and Hygiene (Response and Prevention of Gender Based Violence Program (CHRT).