After four years living under the control of non-state armed groups, residents of two small towns in Hirshabelle, Somalia are beginning to imagine a peaceful future.

The transition has not been easy. Threats and attacks on civilians continue despite the increased military presence and efforts by the Somali National Army (SNA) and the African Union Mission to Somalia (AMISOM), who helped liberate both towns between 2012 and 2014.

“We were in a terrible situation for so long that we were not even able to play and watch football,” said Hamza, a 23-year-old participant in a local peacebuilding project supported by the International Organization for Migration (IOM). This community-based intervention also helps displaced persons, host communities, returnees and other migrant groups to strengthen social cohesion and enhance peaceful coexistence.

“I thought of moving out of town but my family could not afford it, so I had to stay.”

With the collapse of the former Siyad Barre regime in 1991, Somalia entered a two-decade-long civil war while simultaneously suffering from recurrent seasonal flooding and droughts. Conflict, insecurity and natural hazards have resulted in the death and forced displacement of thousands of innocent people. Since 2011, the Federal Government of Somalia (FGS) has made significant advances in liberating regions and towns with support from AMISOM forces, advancing towards peace, stability and sustainable development.

The years of conflict have negatively impacted social cohesion in both towns, and the local administration is worried that the current tensions between different clans could lead to intercommunal conflict. The first step to address this situation is “to create a platform for discussion which will achieve a greater bond among the community members,” said  Khalif, the coordinator for Hirshabelle Peacebuilders Network, a group of trained conflict mediators.

The Hirshabelle State is committed to strengthening the fragile stability achieved in both towns through the formation of new governance structures like district councils, which will help communities to work together towards a peaceful future. 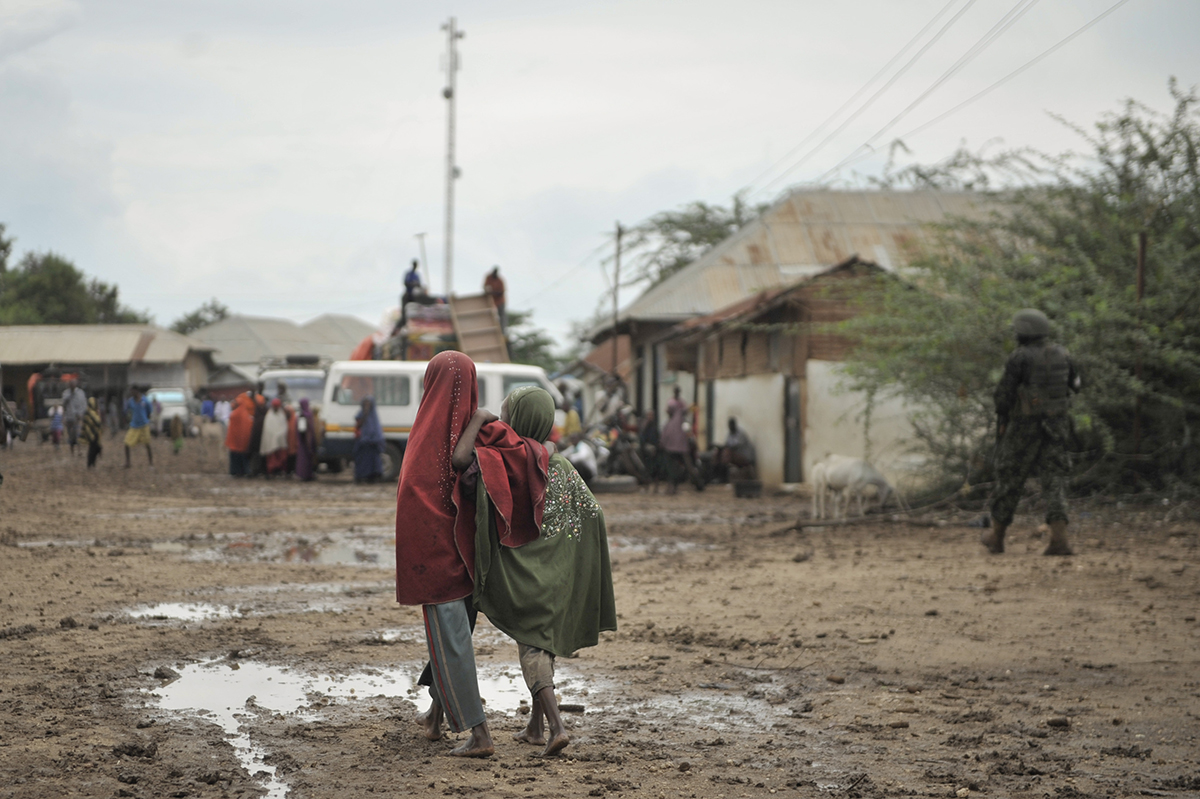 Poems and murals for peace

To prevent new disputes, and in support of the government’s efforts to improve social cohesion through community-driven initiatives, IOM together with the Hirshabelle Peacebuilder’s Network started peacebuilding awareness-raising campaigns in both towns with funding from the European Union’s Instrument Contributing to Stability and Peace (EU IcSP) project.

The campaigns seek to educate traditional elders, women and youth in conflict resolution techniques to act as moderators in unstable situations and transform the way communities deal with disputes. It also aims to prevent adversarial approaches and seeks cooperative conflict resolution.

Participants of these sessions are more likely to create a serene environment and cohesive community by addressing individual conflicts before they exacerbate communal disputes.

“I am very happy with the training; it has enlightened us,” said 30-year-old Aisha. “We will use the techniques learned to solve real conflict situations among the community members.”

The peacebuilding activities took place between January and March 2020, engaging traditional and religious community leaders, women’s groups and youth in discussions with the administration to begin the process of rebuilding trust in the government.

Ahmed, a participant in the training, recited a powerful poem about togetherness and the catastrophic consequences associated with conflicts, an impactful moment for all who attended. As he recited his poem, an intense emotion took over the hall and many people could not hold back their tears.

Of the day when the clans killed each other in the battle,
and a man at Caloolacad had news of what happened at Maygaag Ciidan.
He knows the consequences
He knows the origins of the calamity
He knows in what they later result
and its fate
He advises of what will follow.
So say together ‘I seek protection from God’
Oh clansmen stop the war!

No one is closer to each other than us
and yet there is anger between us.
If you devour each other I won’t respect you
I won’t join forces with one side
or join in the attack on the other.
It is as if my fingernails are cutting up my stomach,
and I shall die of anger and grief and rage
My upper arms [meaning my clan] will become weak.
So say together ‘I seek protection from God’
Oh clansmen stop the war! 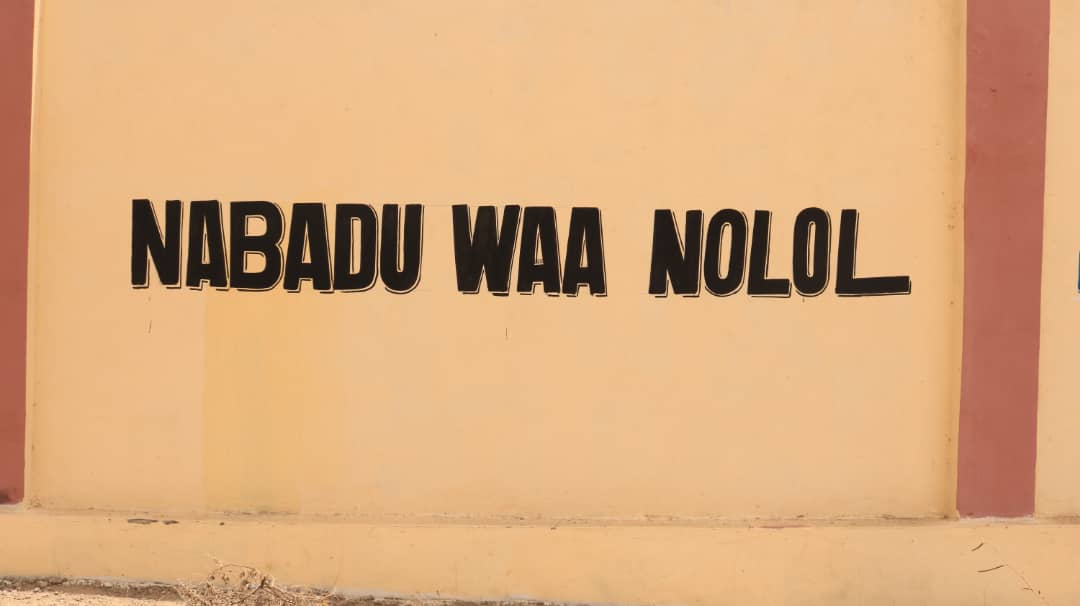 Peace is Life. One of the murals done during the peacebuilding activities. © IOM 2020

One such moment can affect people’s lives to do better and contributes to a stronger sense of community. “Thank you for the poem; I cried because of your words,” said 23-year-old Fadiyah. “I am now ready to work towards improving the lives of our community by doing everything I can.”

To reach more people and further spread the message of social cohesion beyond trainings, professional painters crafted traditional paintings on the walls of famous buildings.

“To win the hearts and minds of the whole community, we are using proverbs and slogans to paint the streets of the town,” explained Mohamed, a 34-year-old peacebuilder.

“Our aim is to remind everyone about the messages of peace, unity and togetherness through these paintings every time they are walking on the streets, even after this campaign is over.” 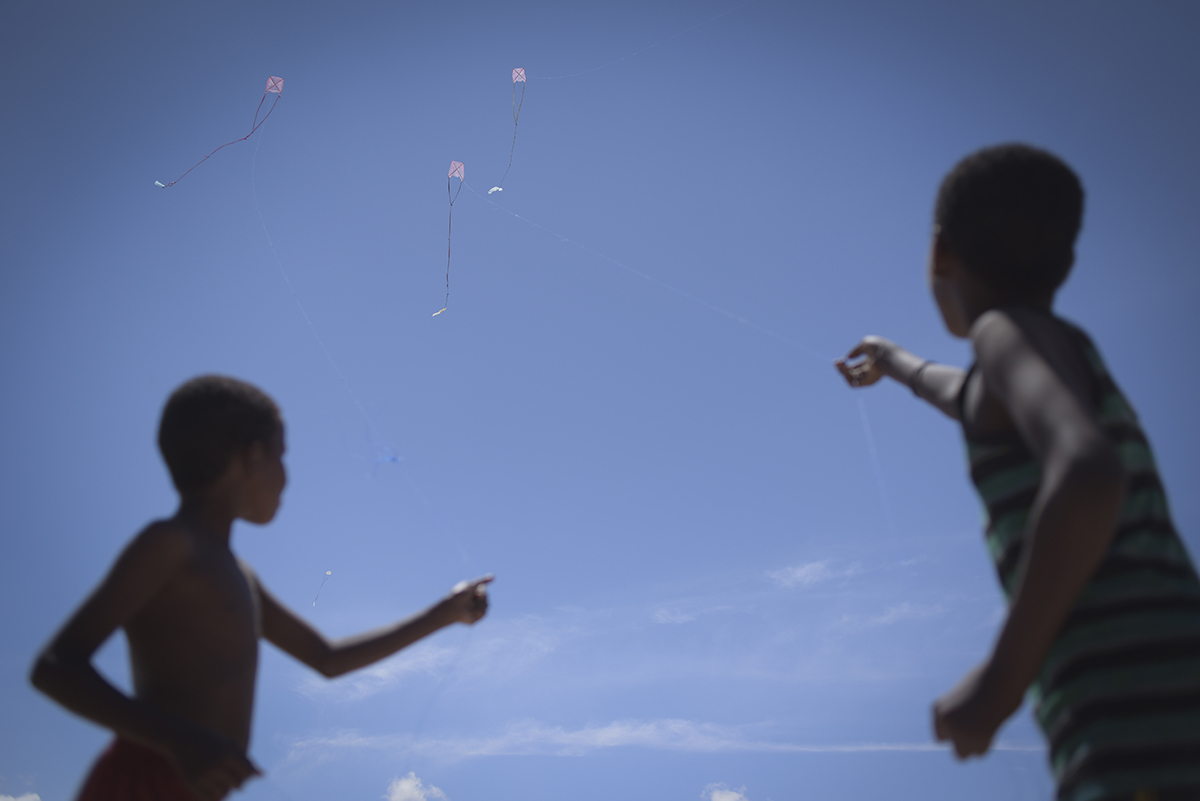 Community members also had the opportunity to discuss socio-economic issues and other concerns affecting the community such as the politics, power sharing and governance structures with representatives of the administration

“We are glad that our leaders are here to respond to our concerns, and this shows accountability,” said Muktar, a 56‑year-old traditional elder. “The community is willing to cooperate with the authorities.”

Humanitarian partners, including IOM, are now scaling up the use of community-based interventions. These locally-driven approaches encourage the creation of community-based structures to work with the administration to identify and prioritize their recovery needs.

“A single community-driven campaign can touch the lives of many and influence them to work together and co-exist peacefully,” said IOM Community Stabilization Assistant Nur Ahmed. “Time, effort, and money have to be devoted to more initiatives of this type to improve the social cohesion and social contract in the long run.”

*Names in this story have been changed to protect the identity of the individuals quoted.

IOM is supporting the Federal Government of Somalia’s efforts to achieve community stabilization and empower individuals to take the lead and decide what they want for their future. The activities mentioned in this article are funded by the European Union’s Instrument Contributing to Stability and Peace (EU IcSP). For additional information,  please contact IOM Somalia’s Programme Support Unit at iomsomaliapsu@iom.int.