"I Was Kidnapped by Boko Haram"

The Story of A Young Refugee in Niger

Assiatou* was seated in her classroom listening to her teacher talk about Boko Haram atrocities, when the sound of gunshots interrupted the class.

Boko Haram fighters had just entered the town of Damasak, northeast Nigeria. It was November 2015.

“They were heavily armed. People were running everywhere, fleeing and screaming,” recalls Assiatou. “I saw them burning people alive.”

Assiatou, 13 years old at the time fled from her classroom and made it home where her mother had begun searching for her.

“'Take off your uniform!' my mother told me. She didn’t want me to be identified as a schoolgirl,” says Assiatou thinking of the young female students, who were abducted by Boko Haram in April 2014.

In April 2014, Boko Haram kidnapped 276 female students from Chibok, in Borno state, making international headlines and causing an international outcry. Since then, many other schoolgirls have been kidnapped.

Testimonies from former Boko Haram captives have revealed that the girls are abused and married despite their young age, and in some instances are used to carry out suicide attacks.

We met Assiatou, now 15 years old, in a decrepit house in Niamey, Niger, where she and her family found refugee. Like Assiatou, they are an estimated 96,940 Nigerian refugees that have fled to neighbouring Niger to escape the extremist group’s violence, according to the most recent data released by IOM's Displacement Tracking Matrix.

"They caught us," says Assiatou, while looking down and scratching a wound on her shin.

With her frail silhouette and hair wrapped in a veil, Assiatou speaks in a low and hushed tones. She feels ashamed of her ordeal at the hands of Boko Haram. Her mother encourages her to speak up.

“She must tell what happened. People need to know. She cannot be afraid,” her mother says.

After they were kidnapped by Boko Haram, Assiatou and her mother were kept together with other women in a house until they were divided into two groups. Assiatou's mother and other older women were let go but Assiatou and the younger girls remained under captivity.

They were then taken to another location where they were taught a radical version of Islam and trained in the use of weapons.

“I am Muslim but I couldn’t see Islam in any of things they were doing,” says Assiatou. “Islam has never advised to marry women against their will or to slaughter human beings. They slaughter men and keep women alive to take ownership of them,” she says.

Female members of Boko Haram were in charge of indoctrinating the kidnapped girls and were tasked with teaching them how to use weapons. Some, like Assiatou, were even taught how to make suicide belts and how to carry out possible attacks.

“First, we were shown videos of attacks and killings and then we were trained to use arms,”says Assiatou.

Watching videos of humans being slaughtered and learning how to use weapons was not all Assiatou was forced to do. She became a wife without giving her consent; married off to her Quranic teacher during one of the classes.

"He was about 40 years old and already married. I was his second wife but I only found out when he took me to his house."

Assiatou stands on the threshold of her house in Niamey. Credit: Hajer Naili (July 2016)

Until now, Assiatou has been unable to speak of the sexual abuse she endured.

From the little she can share, Assiatou reveals that during an eight-day period she was forced to perform sexual acts with a man she didn’t agree to marry. The few times she dared to resist, he threatened her with a gun. “I carry this in my skin every day. What this man did to me is worse than what you can imagine,” she says.

Less than two weeks after being married off, Assiatou managed to escape when her so-called husband left the town with several members of Boko Haram to carry out an attack in Diffa, south east Niger, on 6 February 2015.

Assiatou escaped with three other girls. This was something they had been plotting for days. As she was the second spouse, Assiatou was assigned daily chores. When she went to throw away the dirty water used to wash the dishes, she never went back.

"We must have walked from 10:00 am until 5:00 pm when we finally reached the Nigerien border," recalls Assiatou. "We had found the courage to leave but we were still petrified. We were praying not to run into them [Boko Haram] on our way to the border."

Once the girls finally crossed the border, they separated and each of them went to look for their own families. "I never saw again the girls I fled with,” recounts Assiatou.

Assiatou and her family now live on the outskirts of Niamey. Although they feel safer, they live in precarious conditions with no electricity or running water.

Assiatou is one of several thousands of victims of violent extremism in the region. Boko Haram’s seven-year insurgency has left an estimated 20,000 people dead, mainly in north-eastern Nigeria.

While media often report stories of women and girls kidnapped by Boko Haram, Williams Bill Hansen, teacher at the American University of Nigeria, criticizes what he sees as partial coverage. "Boko Haram has kidnapped/recruited/Shanghaied many young men as well and forced (also enticed) them into service. I would guess far more young men than young women. The press doesn't make so much of a story about that because, I assume, it's not as salacious as kidnapping young girls as "sex slaves" or "wives," Hansen said in an email interview.

More than 2.6 million individuals are currently displaced - internally and across borders - in the Lake Chad Basin region due to Boko Haram insurgency, according to IOM’s regional analysis of displacement trendspublished in December 2016.

It is estimated that 109,000 persons are internally displaced in Diffa province, south east Niger, while the country hosts about 96,940 refugees.

“Helping people to start over their lives after such traumatic experiences is our priority,” said the IOM Chief of Mission in Niger Giuseppe Loprete. “Thousands of young people in Diffa region remain vulnerable to violent extremism. Government authorities and local leaders need our support to steer their communities away from the negative influence of these groups and their violent activities.

"The best approach would be to gradually re-start social and economic life in Diffa and help people return to their villages. It is essential to give them new perspectives and hope for their future life," he added.

Although there is currently no tailored assistance for victims of extreme violence, Loprete emphasizes on the importance of psychosocial assistance and the need to focus on social cohesion inside communities where suspicion of being a Boko Haram ally has become pervasive.

Hansen from the American University of Nigeria also agrees on the need to protect those who escaped Boko Haram. "Given the religious and cultural beliefs in the region, many of the returnees are ostracized. They carry 'terrorist' babies in their bellies. People in this area are deeply religious and deeply traditionalist about their beliefs. Good and evil are often seen to be determined by blood. These young women produce babies with 'contaminated' blood," Hansen said.

A refugee in Diffa, she is a mother of four children. Her husband was killed during a Boko Haram attack against the Damasak market (state of Borno, Nigeria) in November 2014.

“I didn’t know what had happened to my husband until 29 days later when one of his friends confirmed his death. I have never seen or recovered his body,” Kawadi says, teary-eyed. She looks febrile and has developed hypertension and numbness on several parts of her body. 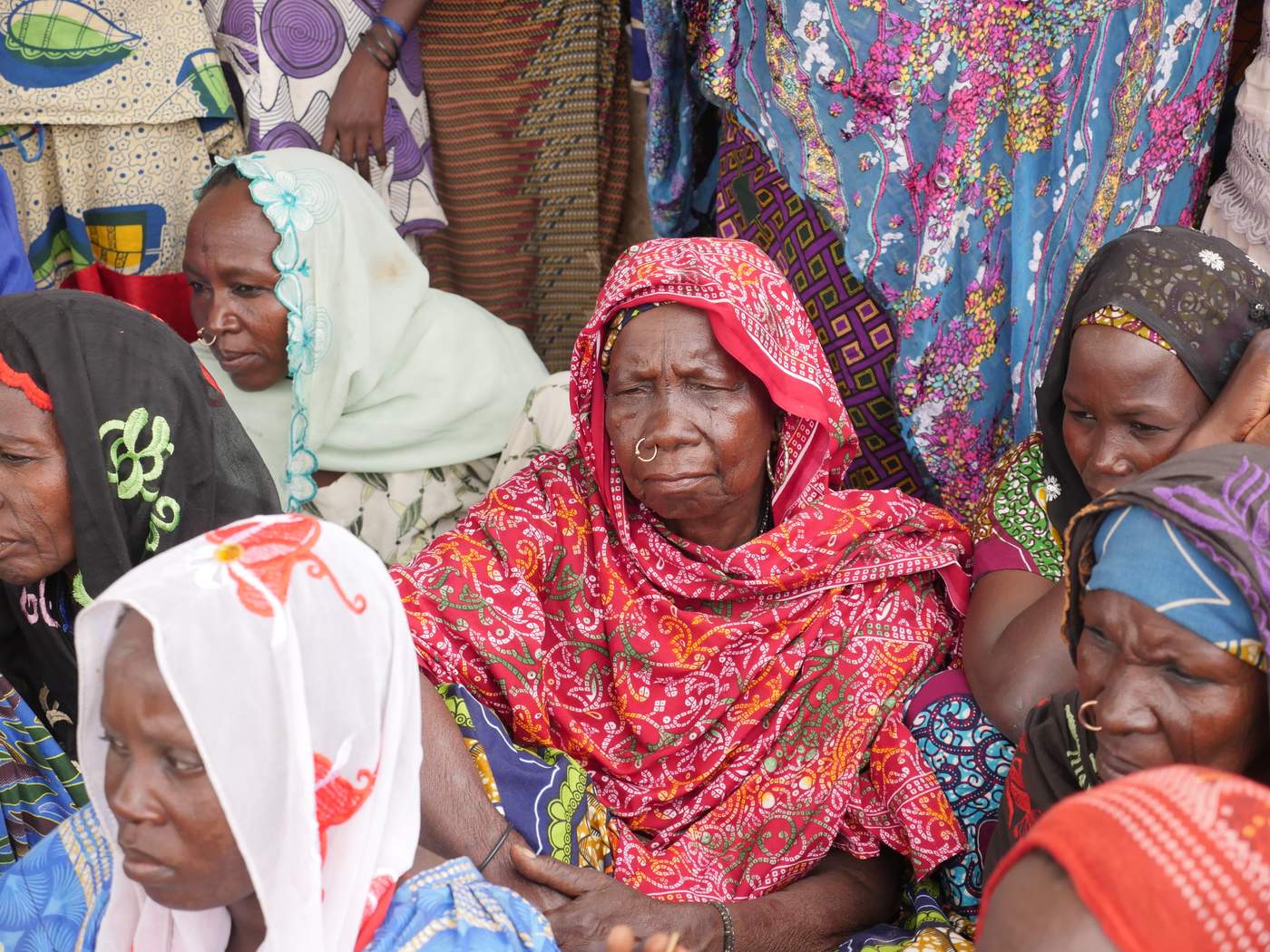 The crisis, which has created a wave of displacement inside Nigeria, has impacted communities deeply at a psychosocial level. Many have been traumatized.

In this context, IOM has put in place mobile psychosocial teams which provide services to alleviate distress and rebuild support mechanisms in Nigeria. Last year, the mission opened a new child and adolescent therapy room at the neuro-psychiatric hospital in north-eastern city of Maiduguri. 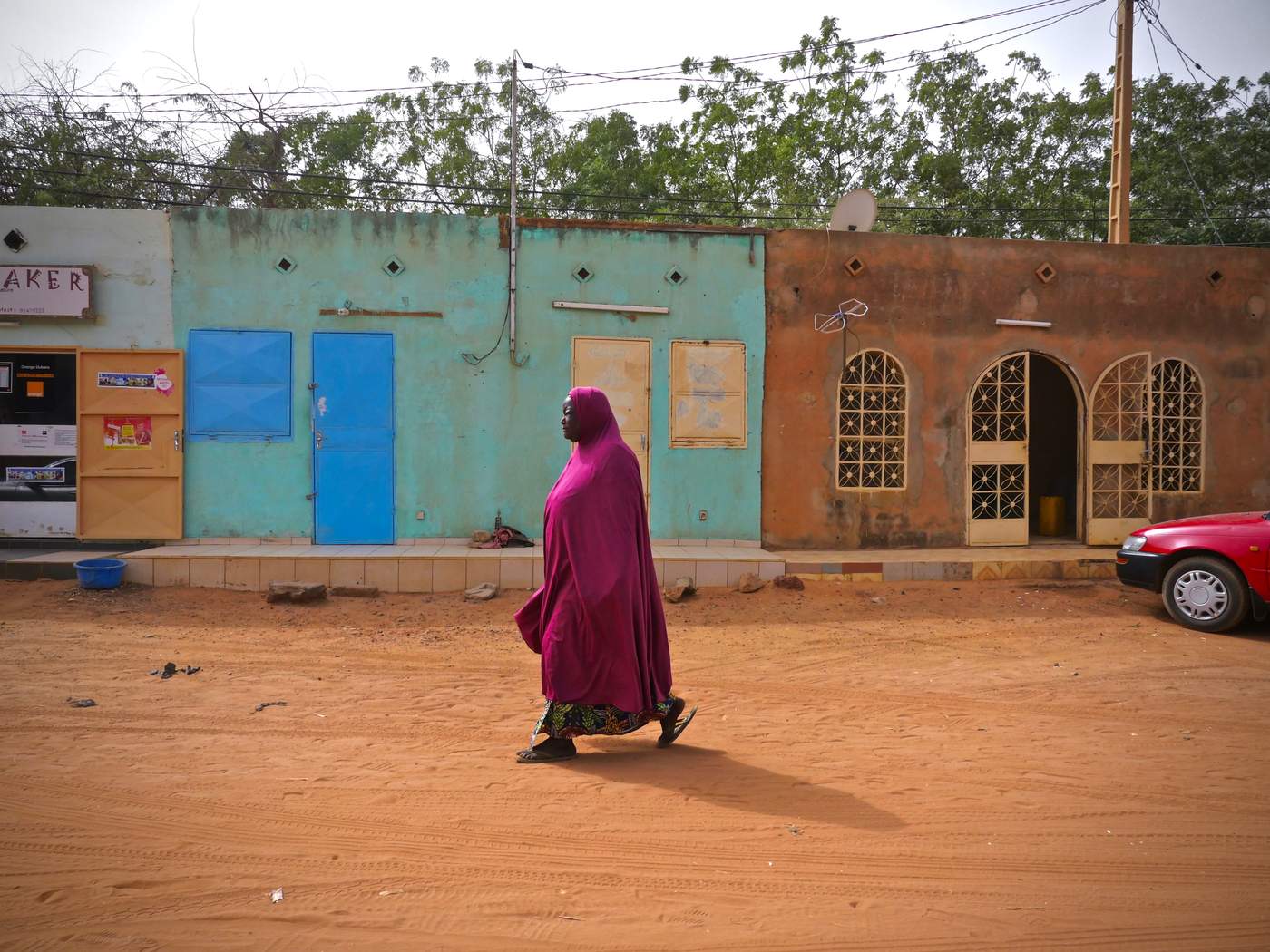 Yet, whenever it becomes possible, victims like Assiatou seize the second chance that is given to them to regain control over their life. She is now back at school in Niger and is learning French, the official language in the country. "One day, I will become a doctor," she says with a shy smile. 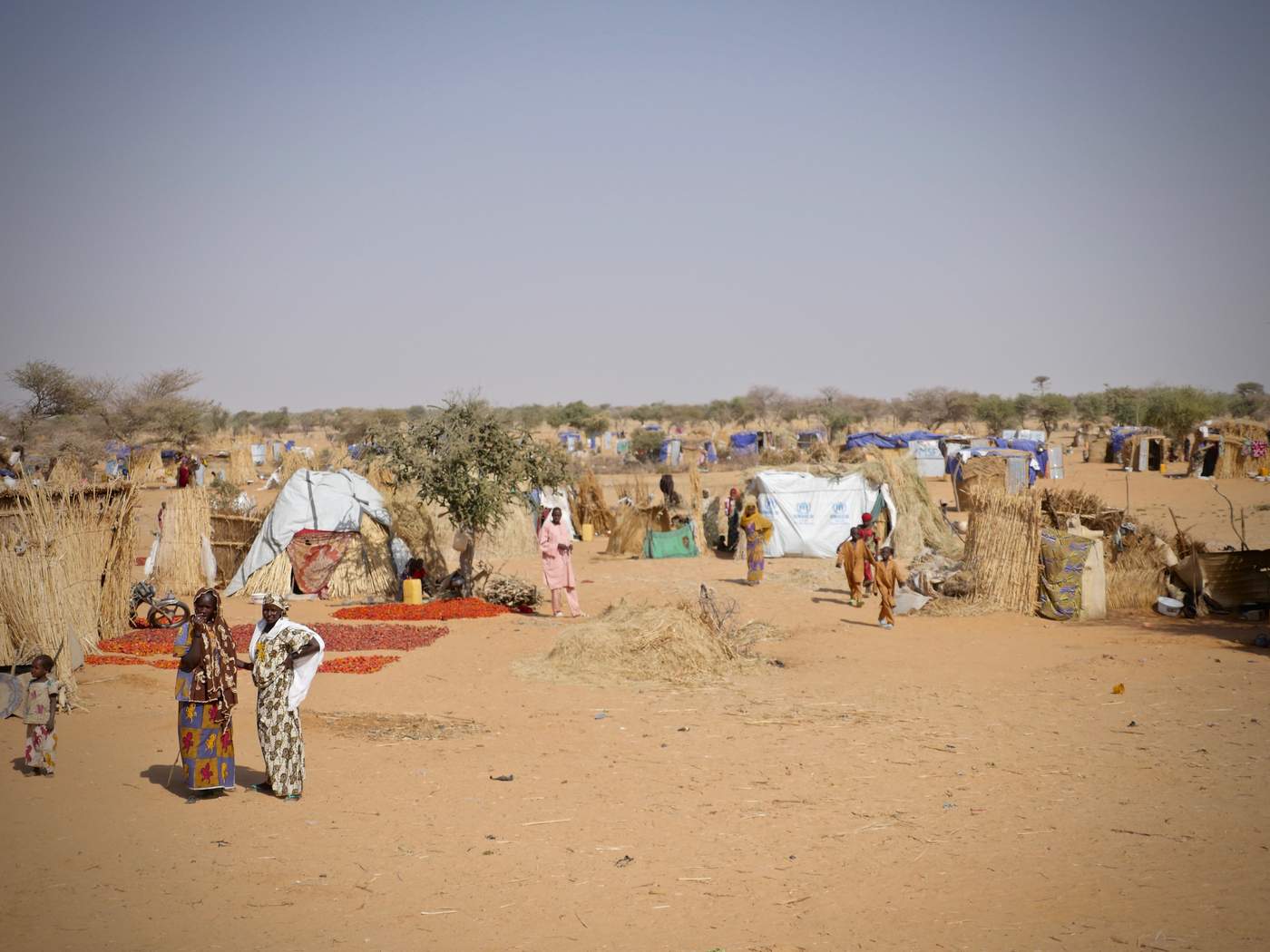