16-year-old Kaira smiles as she opens the box containing her solar lamp. Examining it carefully, she pushes the button on one of the petals, turning on its bright light. Kaira is one of the 1,265 women and girls, who received a solar lamp from IOM, the UN Migration Agency, in Ethiopia’s Somali Region, through a partnership with Little Sun. 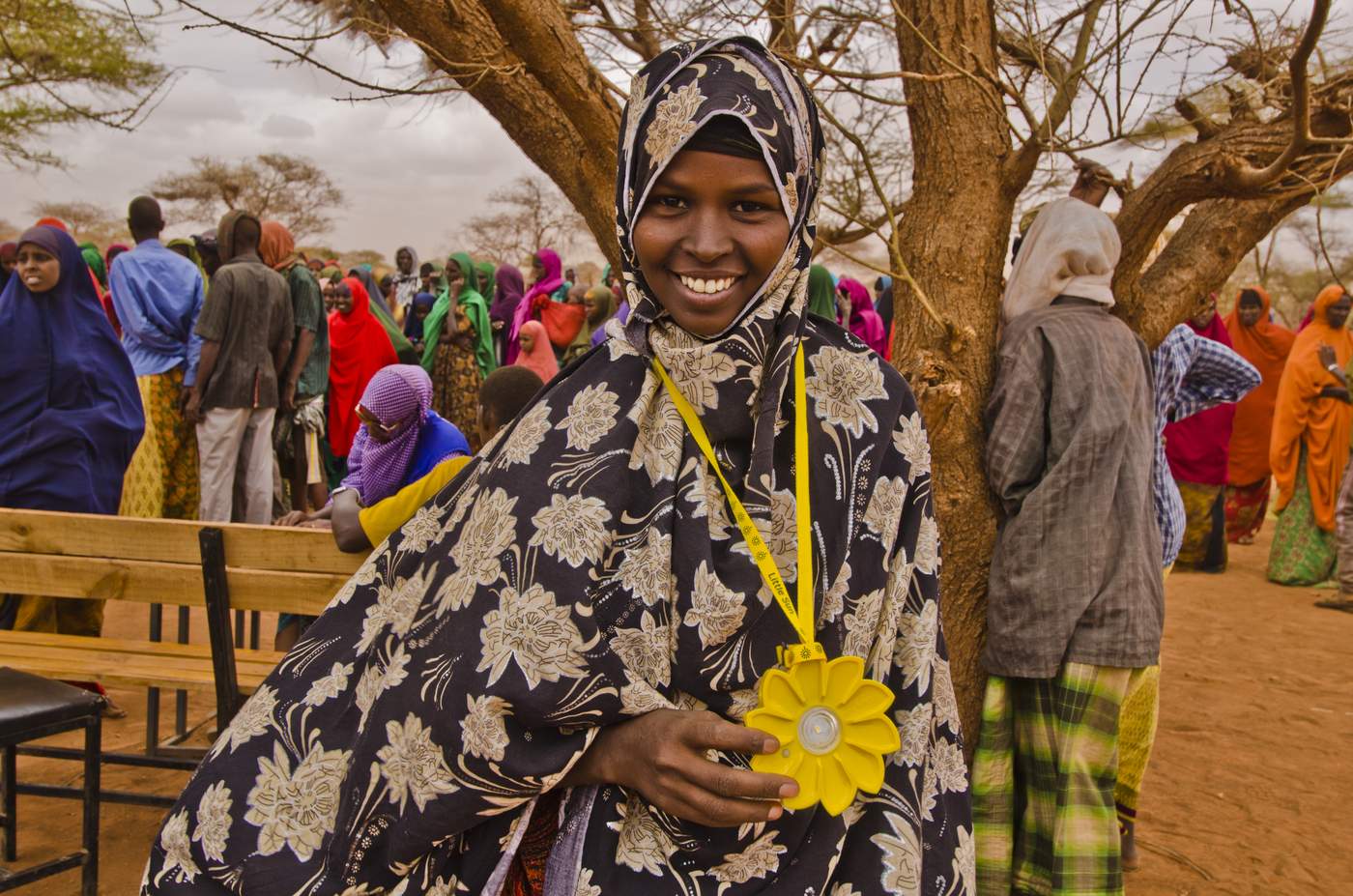 Still recovering from 2015 and 2016’s devastating El Nino induced drought, which left millions in dire need of life-saving assistance, Ethiopia is once again suffering the effects of failed rains. The south and south-eastern parts of the country have been particularly impacted.

Located near the Somali-border, Dolo Ado and Dolo Bay are among the least developed areas in the country. With weak infrastructure and limited access to basic services, the two already insecure areas have been severely affected by the drought.

Worsening conditions continue to deplete the coping capacities of vulnerable pastoralist farmers in drought affected areas. Food and water scarcity coupled with increasing livestock mortality rates have contributed to nearly 60,000 Ethiopians leaving their homes in March and April of this year alone. 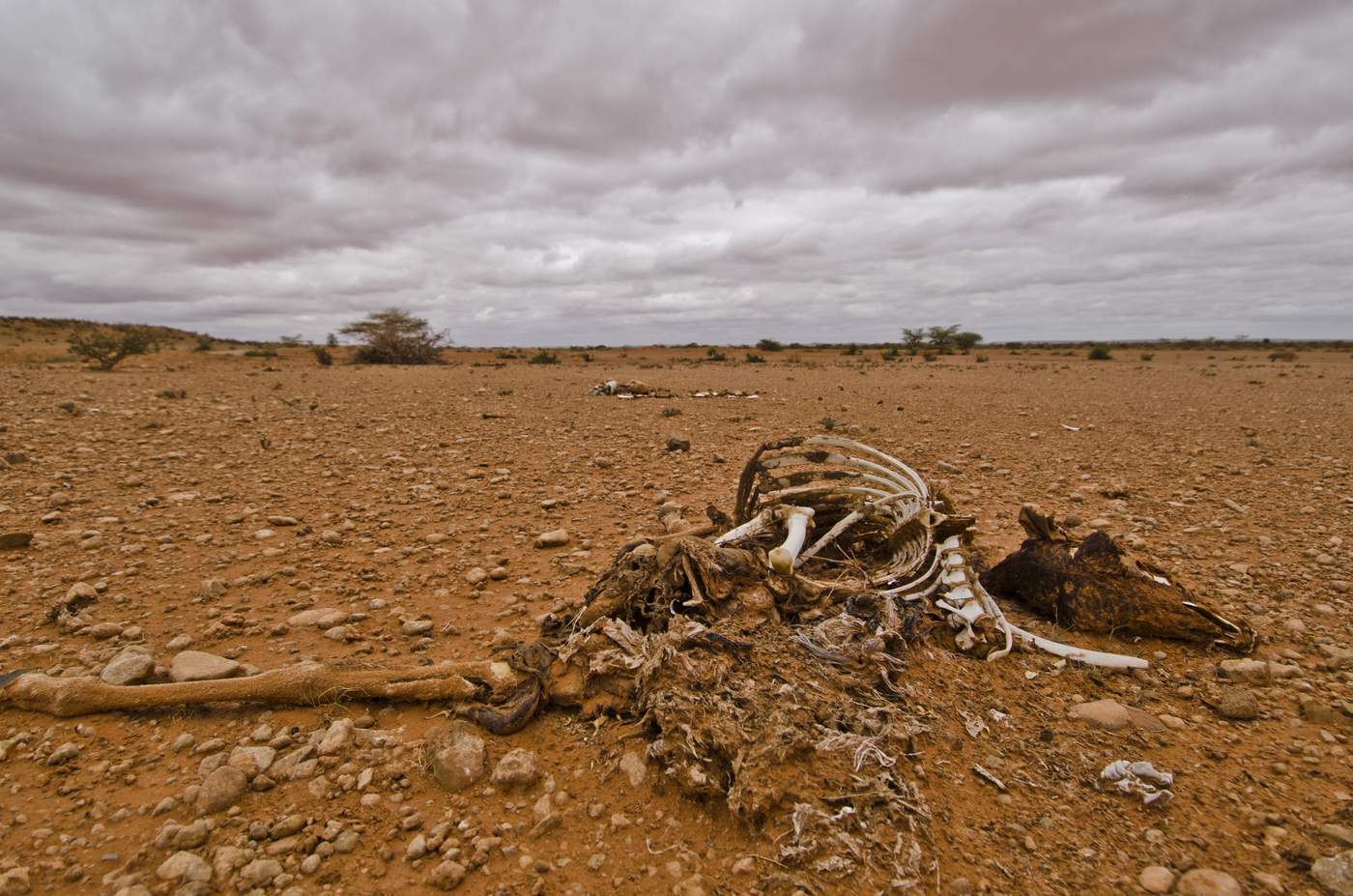 Displacement sites are often informal settlements characterized by makeshift shelters, inadequate water, sanitation and hygiene infrastructure, and poor lighting facilities. In addition to these harsh living conditions, security issues are a fact of life for all displaced populations, and displaced women and children often face the greatest security risks.

As of April 2017, 99 per cent of the 252 displacement sites in the Somali Region reported security concerns related to shelter at the site with the absence of lighting as the primary concern.

Of the 456,081 displaced individuals in the Somali Region, 50 per cent are female. Often without the protection of family and communities they had before displacement, displaced women and girls can be vulnerable to sexual and gender-based violence. Single female-headed households (5,259 in the Somali Region) face additional challenges. They often have to rely on the community surrounding them and their basic survival skills.

Women and girls are also likely to have specific health needs making them more vulnerable. Currently, in the Somali Region alone, there are over 8,000 pregnant women (over 500 under the age of 18), and 11,272 lactating mothers. 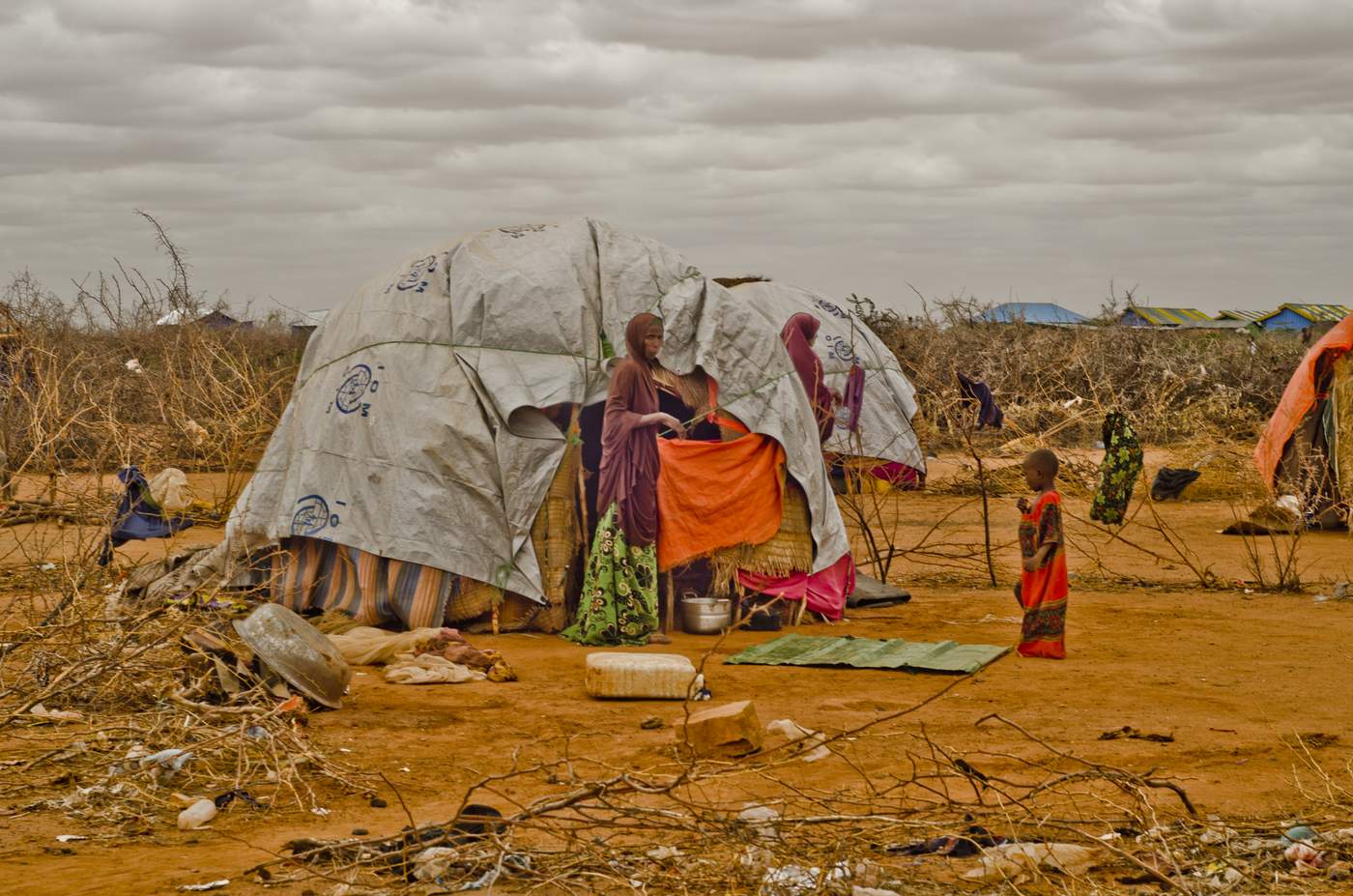 When women are forced to leave their houses, they often only carry items, which are thought to be essential to the family. They leave behind personal articles, such as clothing and female hygiene products. Lack of these personal and hygienic items deny women the dignity and respect they deserve within the community. IOM and other humanitarian agencies provide Dignity Kits along with other core relief items to displaced women. These Kits include underwear, sanitary pads, body soap, head scarf and clothing, as well as the Little Sun solar lamp.

Displaced children play with a cart, one looks into the horizon with an overview of the displacement site while the other looks at the camera in Airstrip Area Displacement Site, Dolo Ado, Somali Region. Photo Rikka Tupaz/UN Migration Agency (IOM)

Halima, 20 years old, stares at the dusty horizon, thinking about her lost livelihood. Ethiopian Somalis are predominantly pastoralists rearing livestock like goat, sheep, cattle and camel. With her husband, three children and a vast majority of her community, Halima moved to Dolo Bay Displacement Site hoping to receive basic assistance from humanitarian organizations.

"We lost our goats to the drought so, we had to move. We walked for two hours."

The conditions in the displacement site are tough, with thousands of families living in makeshift shelters. There is no electricity inside the shelters and so they have inadequate lighting facilities. 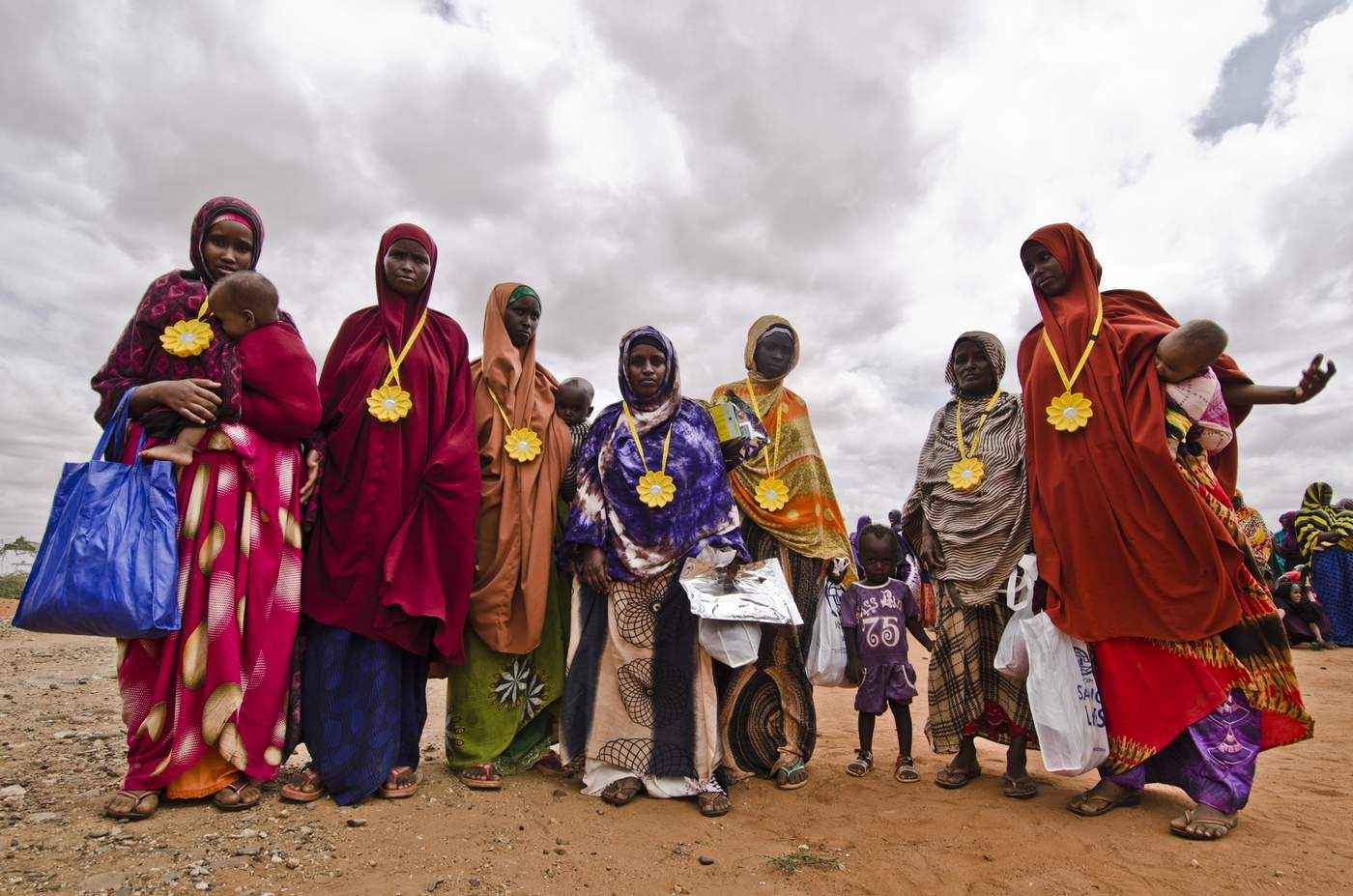 Women and girls often bear the brunt of household chores. They are tasked with maintaining the household by taking care of children, cooking, fetching water and managing food rations.

Women and girls’ daily tasks and activities can involve walking to water points, lavatories or sanitation facilities. These routes may be long and dangerous. Adequate lighting is needed for them to see the road, avoid dangerous areas and securely make their way.

Household chores do not stop when the sun sets. Women and girls often rely on firewood, kerosene lamps and candles emitting toxic fumes, which can pose fire hazards to wooden-based shelters and the displacement camp at large.

In addition, lighting constraints can affect women and girls education, if they are not able to properly focus and study in the evening.

Mother wearing the Little Sun around her neck with her baby at the back in Airstrip Area Displacement Site, Dolo Ado Somali Region. Photo: Rikka Tupaz/UN Migration Agency (IOM) 2017

Kaira, who is a student, is finding it difficult to cope with the effects of the drought. 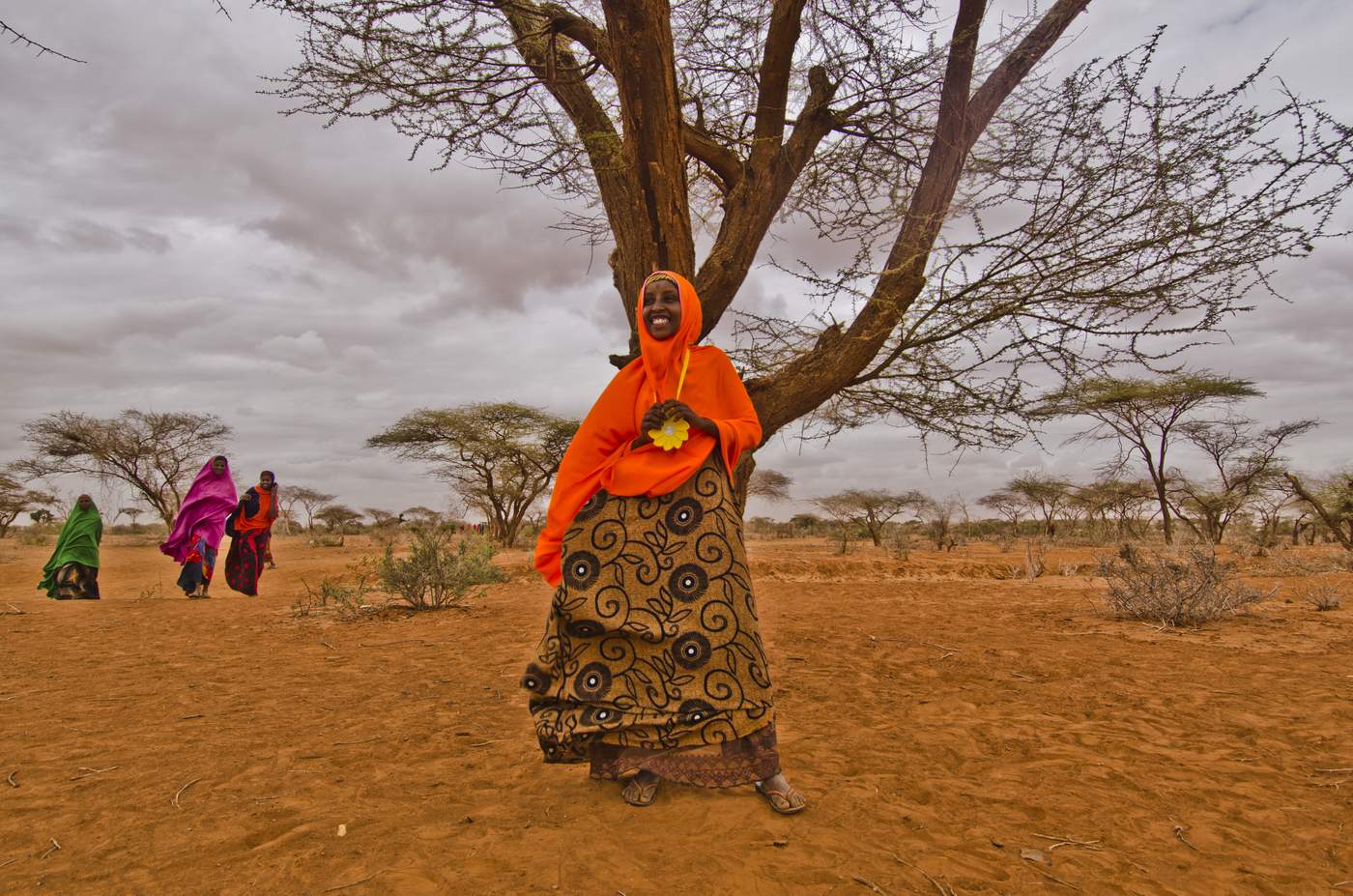 For many women in Dolo Ado and Dolo Bay, Little Sun solar lamps will replace hazardous and expensive lighting, such as candles, firewood and kerosene lamps. They will reduce fire risks and health consequences of inhaling toxic fumes. Through this solar lamp, women and girls will be given the possibility to pursue their studies and other essential tasks in the hours of darkness. 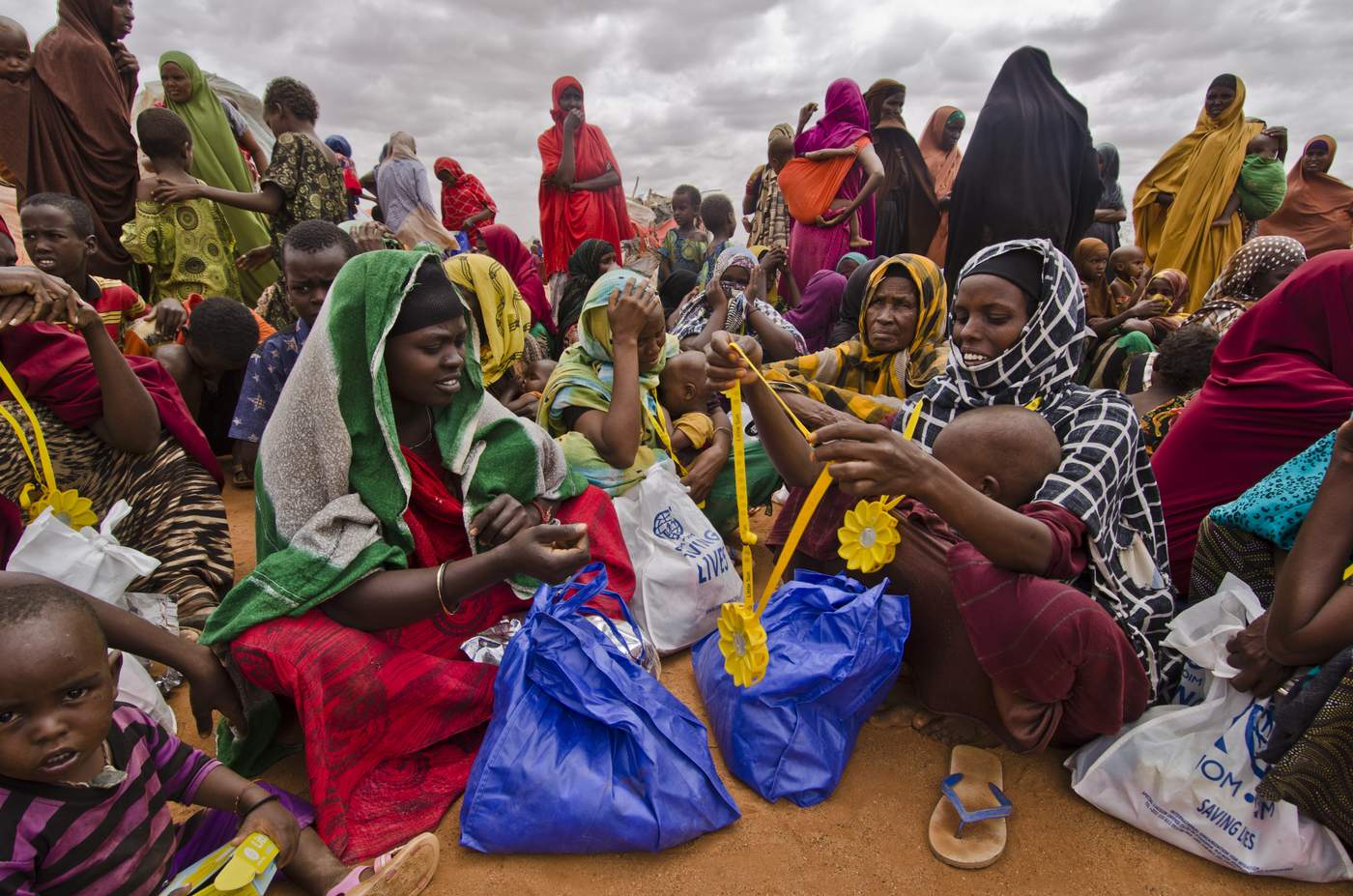 Little Sun is a social business and global project founded in 2012 by artist Olafur Eliasson and engineer Frederik Ottesen to bring clean, reliable, affordable energy to the 1.1 billion people in the world living in off-grid areas without electricity. The iconic Little Sun solar lamp has become a symbol of energy access for people around the world, who believe in a brighter sustainable future. In response to the growing number of displaced people, Little Sun has set up a humanitarian programme to work with aid agencies to support their work and help share the light.

We are grateful for the generous support of the European Civil Protection and Humanitarian Aid Operations (ECHO) and Little Sun in the provision of dignity kits, including solar lamps to displaced women and girls in Ethiopia. 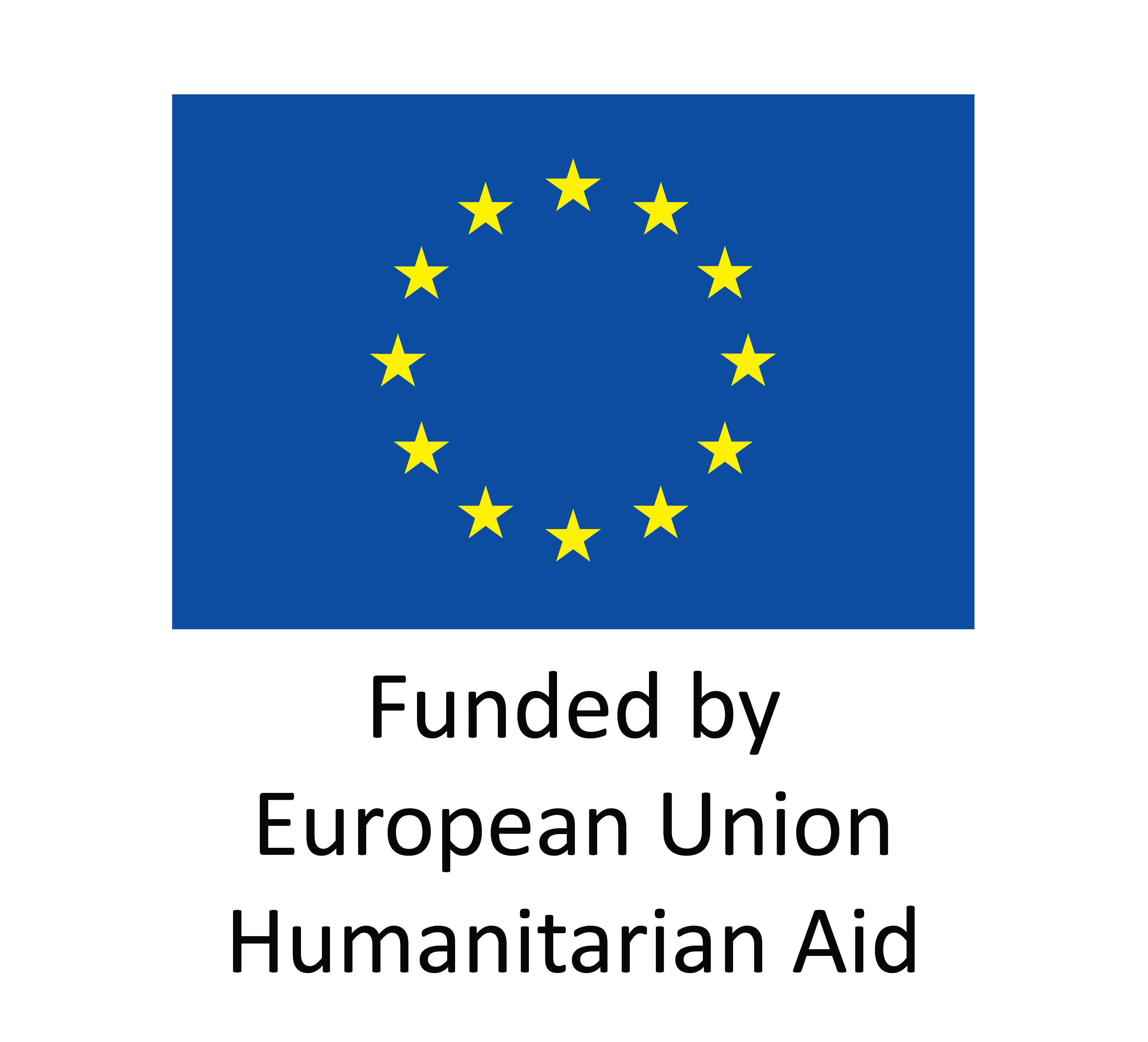