Marvin, Karen, and their children experienced the effects of hurricanes Eta and Iota up close. Photo: IOM Mexico/Alejandro Cartagena

Running from Hurricanes and Droughts: Climate Change and Migration in Central America

Central America, 8 Nov 2021 – Iris Marina Mejia, a resident of La Reina in Santa Barbara, Honduras, never imagined that her life would change abruptly. In November 2020, her home was destroyed by hurricanes Eta and Iota, which left approximately 4 million people affected in Honduras only.

"We had our little houses, and because of the storms, we lost everything," says Iris.

The rains and storms were expected, but this time the magnitude was different. The heavy downpour caused a landslide that buried the village on 22 November.

"It's been nine months now. It's still difficult because we lost what we always value, which is our home." 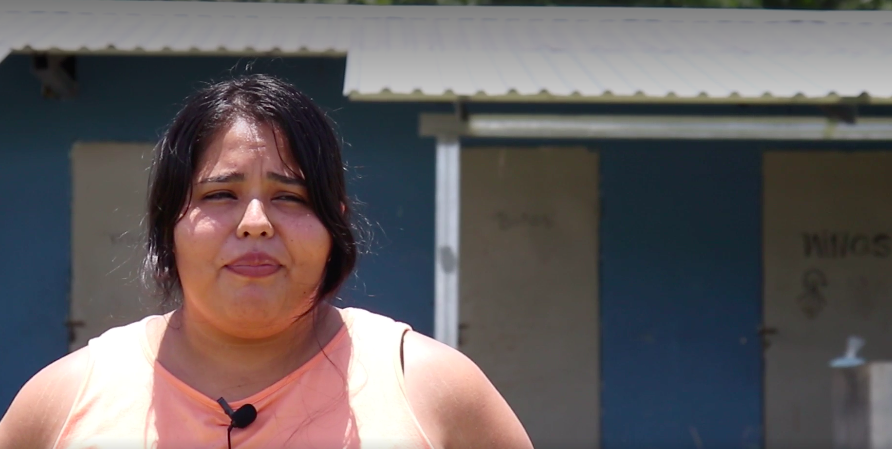 Iris Marina talks about her experience after the impact of the Eta and Iota hurricanes in the community of La Reina, Honduras. Photo: IOM Honduras/Eduardo Canales Santamaria

While no one lost their lives, a large majority were left without a place to live. Iris and her family moved to Valle Verde, a town 10 kilometers from their former home where they rented a house and received help from different organizations.

“But there's always something that was not quite right," she says nostalgically.

In the municipality of Tegucigalpita, Honduras, Mirna Arias was also one of the thousands of people affected by the hurricanes.

She had no choice but to look for a temporary home with her family,  and hopes to one day rebuild her house.

"Maybe they won't give us the little house, but if we have a boat, we can go back and relocate." 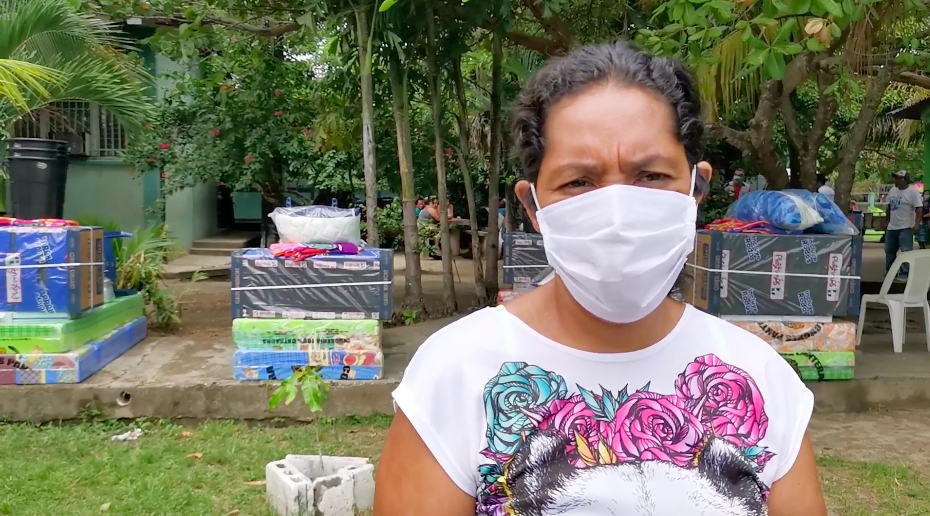 Running from the waters…

Iris and Mirna exemplify the thousands of families in the region affected by Eta and Iota, and who had no choice but to flee their homes to save their lives.

Statistics from the Internal Displacement Monitoring Center (IDMC) estimate that Eta and Iota resulted in 1.5 million new displacements in Central America, a significant figure compared to the total record of the last decade (2.2 million), which includes events such as earthquakes or droughts.

Different studies agree that climate change is a systemic factor in the occurrence of increasingly intense, frequent, and prolonged environmental events, with multiple and complex effects on populations (IOM, 2021). Among them, there are numerous dynamics of mobility within a country or community. While some displaced people  hope to return to their homes, others decide to migrate temporarily or permanently to other cities or countries.

Studies warn that when resettlement conditions fail to sustain the reconstruction of the social fabric, individuals may choose to migrate to establish a new set of relationships that allow for stable modes of residence (IOM, 2021).

Marvin Gonzales, a Guatemalan farmer from the department of Izabal, who dedicated most of his life to agriculture, saw how the arrival of Eta and Iota destroyed not only his house and crops but also limited the possibility of him offering a future to his children Mario and Aylin. At that time, he decided to migrate to the United States.

"One comes looking for a job, in our communities, we don't have them. We don't have anything," says Marvin, while in the Mexican city of Tijuana, waiting to cross the border into the US. "We have nothing."

Populations that depend on natural resources for their livelihoods are significantly affected by disasters and climate change, as their work is often carried out in geographic areas that expose them to these disasters (IOM, 2021).

Carlos Hernan Caceres is also in Tijuana after 50 days crossing Mexico with his 5-year-old son. He was one of the thousands of farmers who lost everything because of the hurricanes. A native of El Belloto, Honduras, he migrated to the US to get a job and eventually reconstruct his house.

"Before the hurricanes, everything was fine. Everyone had their little things. But after the hurricanes things changed, because everyone was left on the street," he says in a low tone. 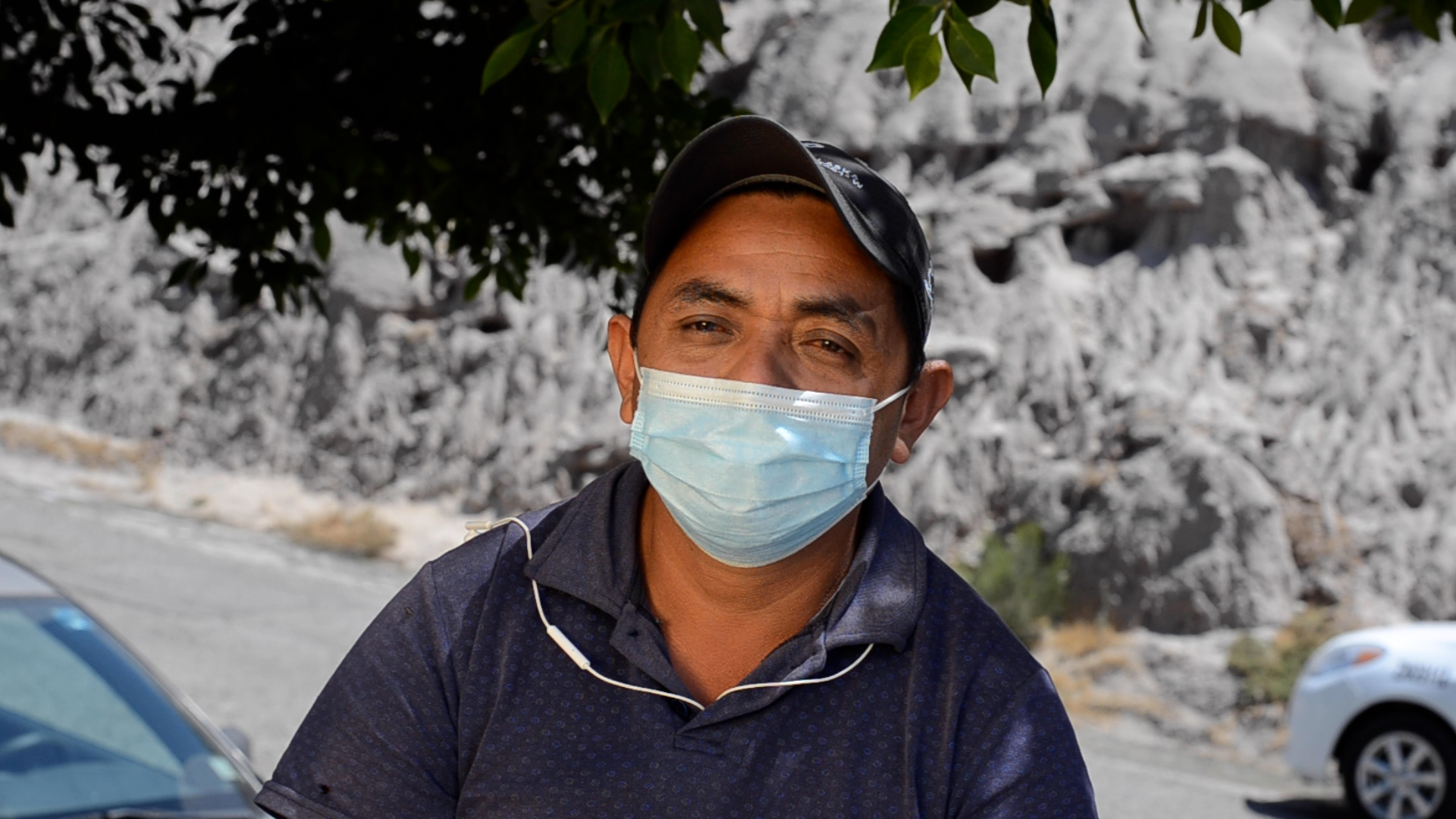 Carlos, a farmer, decided to emigrate to the United States after losing his assets following the last hurricane. Photo: IOM Mexico/Alejandro Cartagena

…And running from the droughts

Central America is one of the regions most vulnerable to the occurrence of events related to environmental hazards, ranging from hurricanes to prolonged droughts such as those experienced in Guatemala, Honduras, and El Salvador. In these places, the variation in rainfall brought about by climate change has had a strong impact on the livelihoods of communities and on mobility processes.

In the municipality of Tacuba, El Salvador, indigenous leader Joaquín Salazar says that the climate variation in his community in recent years has been significant.

"The climate has really changed a lot in this area. We are close to the dry corridor, and that affects us because the rain hardly ever comes, and when it does, sometimes it comes very hard, so the crops are not good."

These environmental factors, aggravated by climate change, added to poverty, violence, unemployment, among other factors, have generated different migratory dynamics in Tacuba, as the indigenous leader warns.

"This is why migration happens, because if there is no food for the family, people have to go and look for it, and so they have to leave their homes and go to the city."

However, says Joaquín, the fact that people migrate from their community does not mean that the economic situation improves for the families. "There are many people who go to work, but if they send money, the money doesn't reach their homes; what they get are supplies, sugar, oil. Because it is also the case that the people who go to work are paid a pittance," says the indigenous leader.

Manuel, another resident of Tacuba, has a similar opinion. According to him, the drought has had a significant impact on his community. "In the hamlet of El Chupamiel, our only economic activity is agriculture, and in recent years the drought has affected us. Almost all of us don't have our own land, we rent it, and from the little that we get, we use it for consumption and to support our families," says Manuel.

According to the Intergovernmental Panel on Climate Change (IPCC), the effects of climate change are happening now and will worsen in the coming decades. Temperatures will continue to rise, and hurricanes and droughts will become stronger, more frequent, and more intense. Given this scenario, an intensification of human mobility processes in the region is likely, which could take various forms depending on local circumstances.

Given this reality, it is vital to strengthen the capacity of rural communities to cope with the different pressures and impacts caused by changes in climate patterns (FAO, 2019).

In San Cristóbal, Guatemala, the recently created Municipal Directorate of Integrated Disaster Risk Management has been working with other local entities in programmes that allow communities to better adapt to social problems such as food insecurity, intensified by climate change. This is how the "Family Gardens" programme was born – an inter-institutional strategy that aims to provide the community with tools to produce their own food and mitigate the food problems present in the municipality. 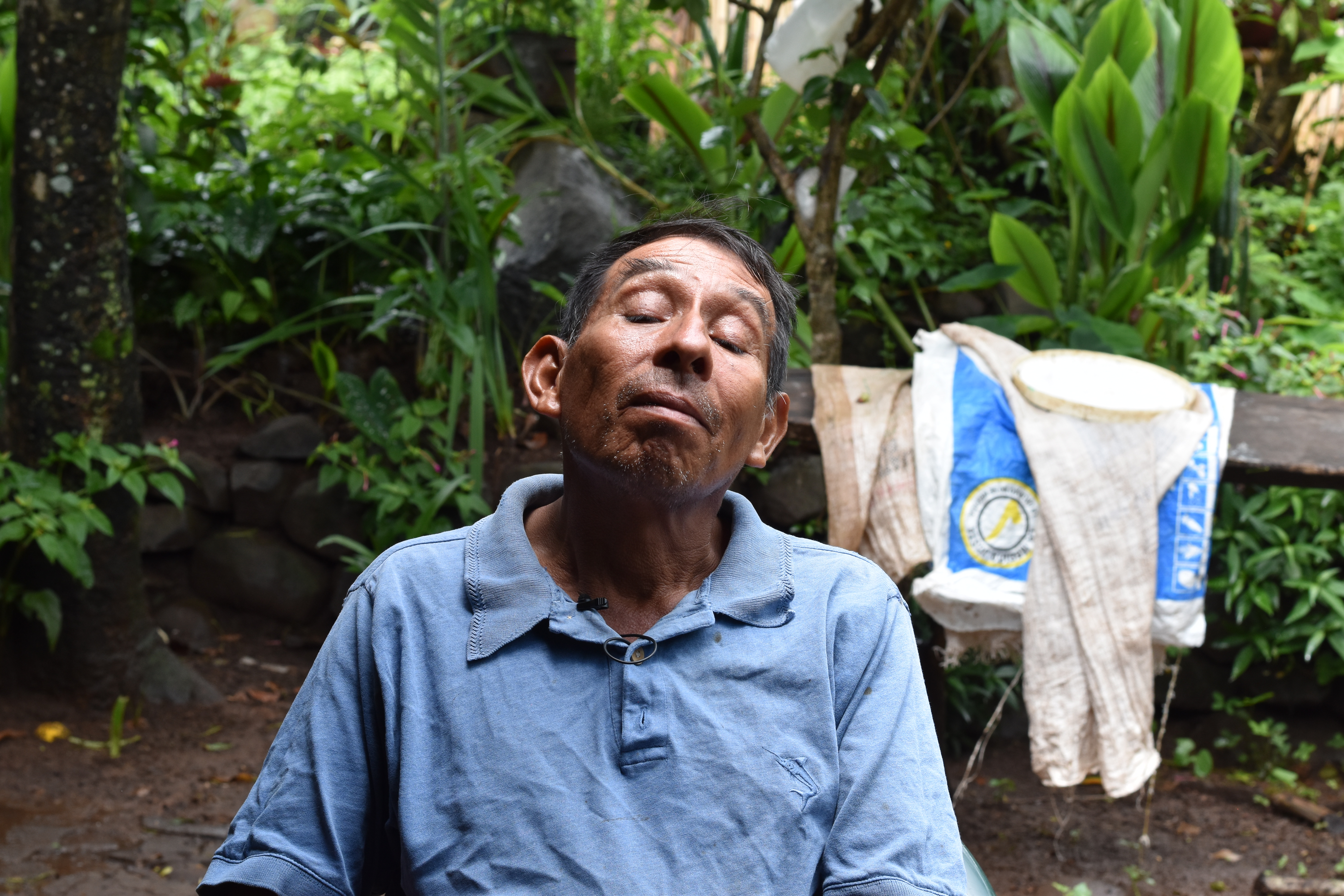 The Conferences of the Parties (COPs) to the United Nations Framework Convention on Climate Change is a key space for addressing human mobility linked to climate change and presents an opportunity to promote a resilience approach to address the needs of vulnerable communities and ensure a timely response in case of emergencies.