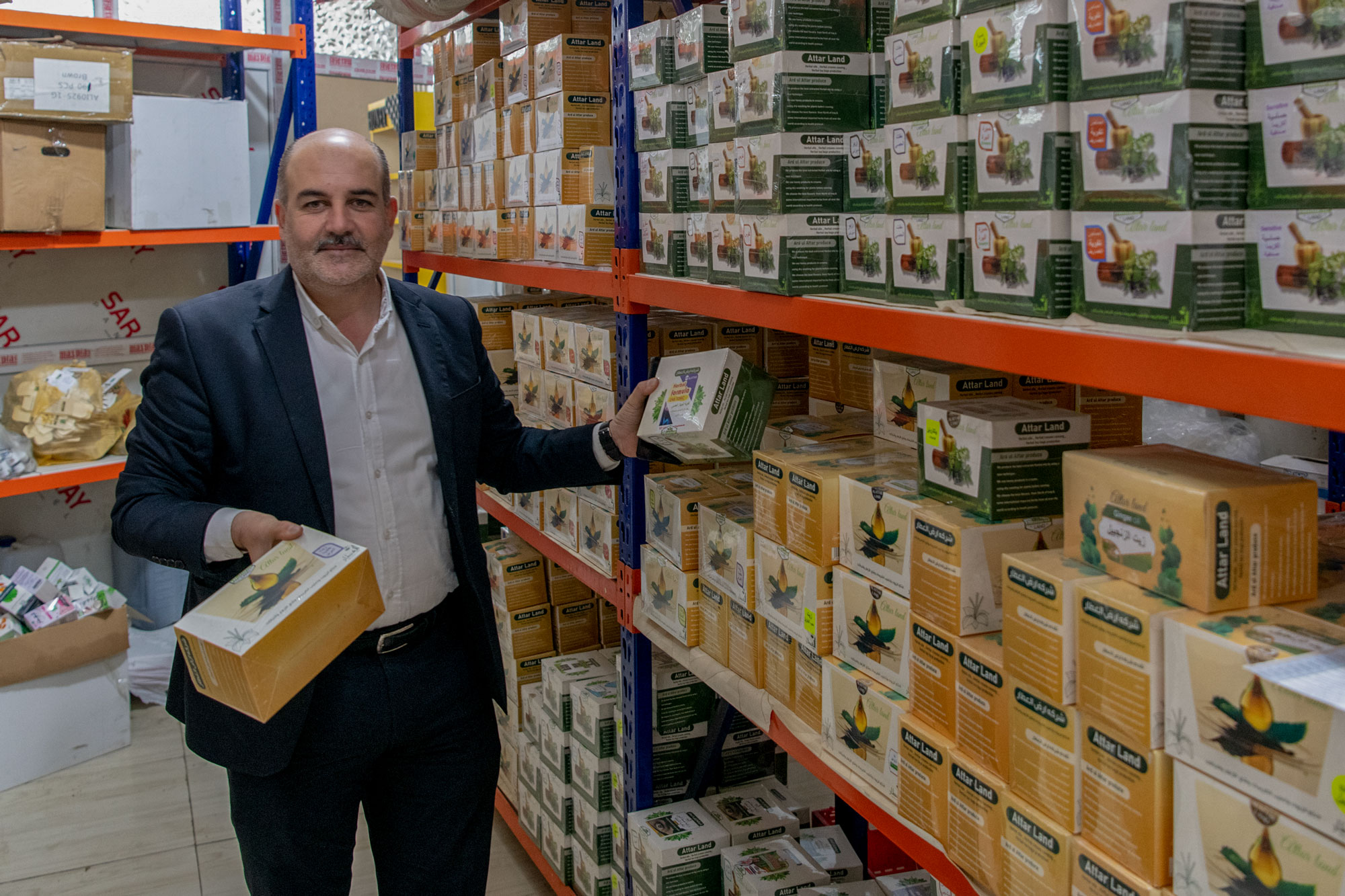 “The most important thing to me at this point is that I can provide a source of income to other families,” says Mudher. Photo: IOM

Mosul, 23 January 2023 – At 26 years, Mudher Nafaa Abdullah was already establishing himself through his processing company. What started as a one-person operation was slowly growing and expanding. Manufacturing olive oil products has always been Mudher’s life’s craft which he has perfected for over 20 years.

He started making the products in 2001 but it wasn’t until 2003 that he established Al Attar Land company in West Mosul. When he started, he did not envision it becoming what it is today – a company that produces and distributes olive oil across the country and in the process provides a source of livelihood for many more. With olives readily available from the Iraqi farmers in neighbouring regions, Mudher made his work easier as he would buy directly from the farmers and process it.

Business was thriving and he envisioned that he would increase production gradually and even open a second branch in East Mosul in the near future.

In the height of 2015, all this quickly changed as ISIL waged war in the region. The war took a toll on the infrastructure and the people of Mosul, with buildings flattened by air strikes. Operation was difficult during this period as he could no longer get olives into Mosul from neighbouring areas.

With a large extended family and an additional 16 families depending on him, he was unable to marshal enough funds to move them to safer grounds. “Leaving Mosul meant that I had to abandon all these families.”

It was after a year that he managed to move to Erbil as the war intensified in Mosul.

During his time away in Erbil, both his businesses would succumb to the war, destroyed by the constant barrage of missile attacks. “Everything got destroyed. The factory, the machines and all the products I had. This was devastating and I felt like the place I worked and developed for 18 years was destroyed.”

After nine months, Mudher came back to Mosul in 2018, determined to rebuild his dream even if it meant starting from scratch, which he did. He picked up a volunteer position in rehabilitating infrastructure including roads and schools destroyed during the war. It is during the course of this work that he learnt of the International Organization for Migration (IOM) and its work in economic recovery in Iraq particularly targeting small businesses. 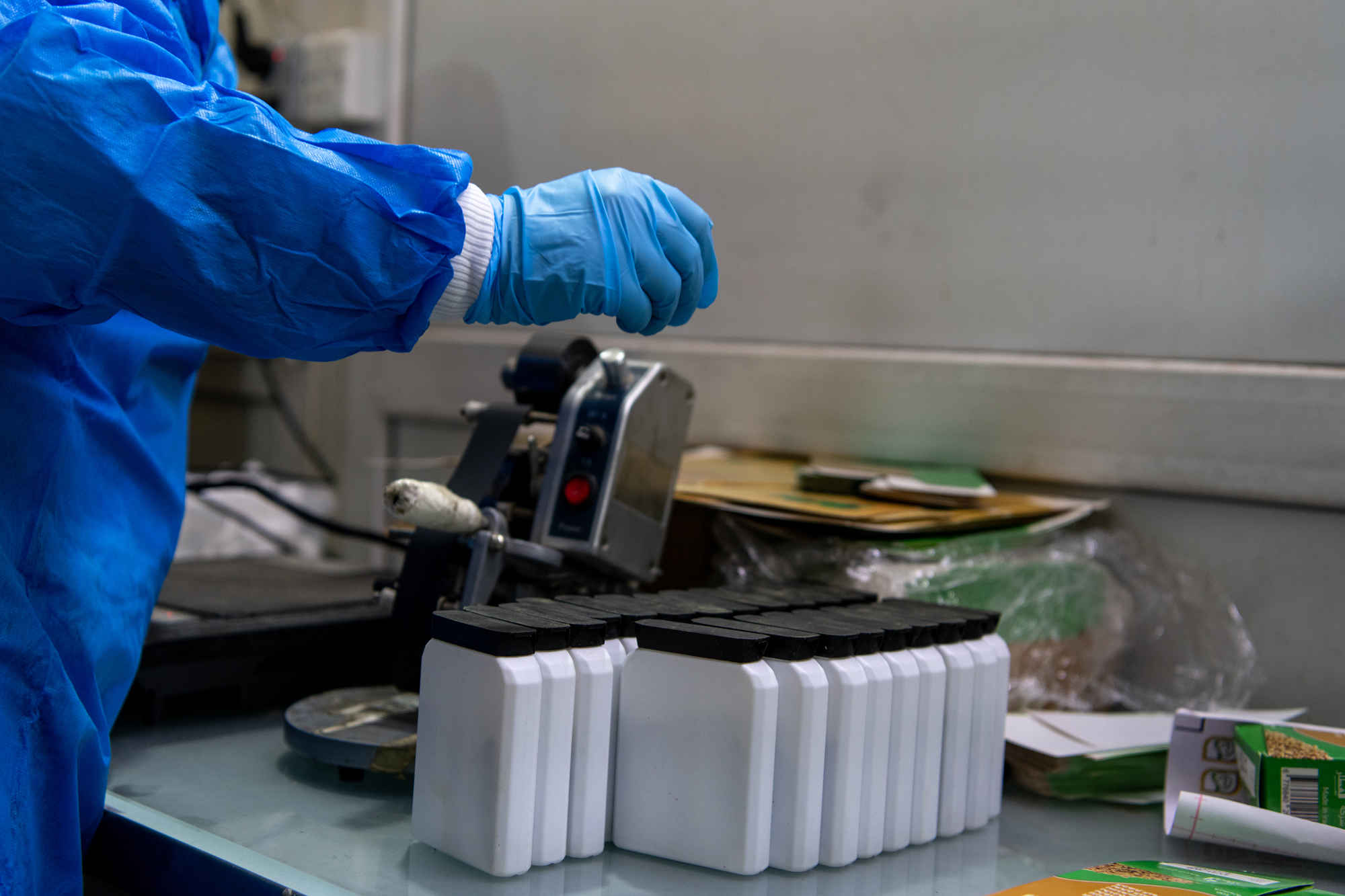 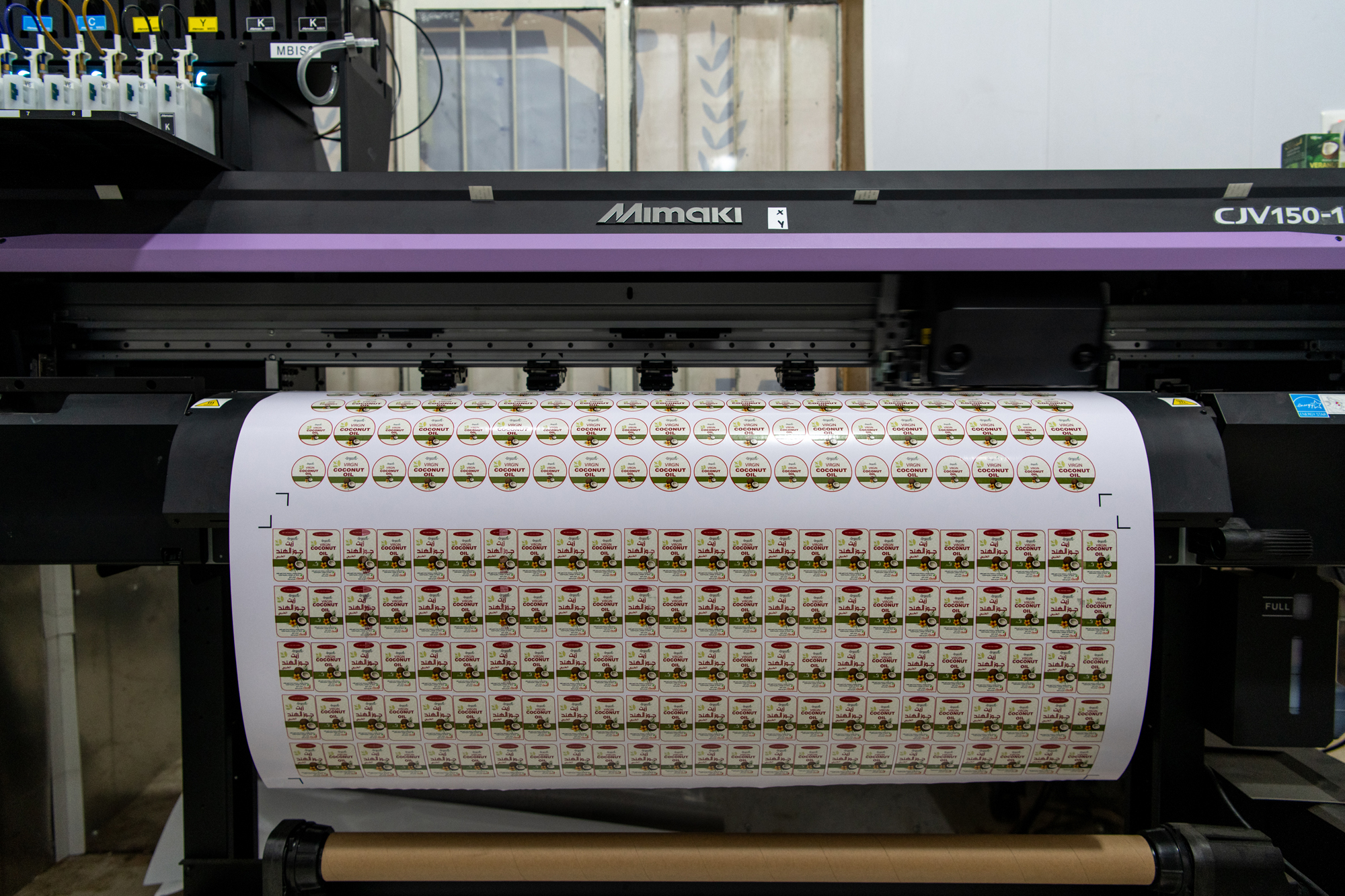 IOM supports the development of small and large businesses in the region to support the reconstruction of the economic and social fabric of war-affected areas. Photo: IOM

During his free time, he would go back and work on rehabilitating his former company gradually as he did not have enough money to do it all at once. In 2020, he applied for IOM’s Enterprise Development Fund (EDF), which provides support to small and medium enterprises that have been affected by conflict and displacement and were successful. This played a big part in his recovery efforts as he was able to resume operations.

Currently, the company offers value addition to locally acquired products in addition to processing and packaging services to more than 63 household products, with the governorates of Iraq providing a sufficient market for the products.

“The most important thing to me at this point is that I can provide a source of income to other families.”

Providing a source of living was key to him, but most important was supporting those who lost a lot during the war – the widows who lost their husbands in the war and had to fend for their children at a time when women had to be accompanied by a male counterpart for them to be able to work.

Mudher was intentional in his recruitment targeting these women. Among them was 35-year-old Hamza. 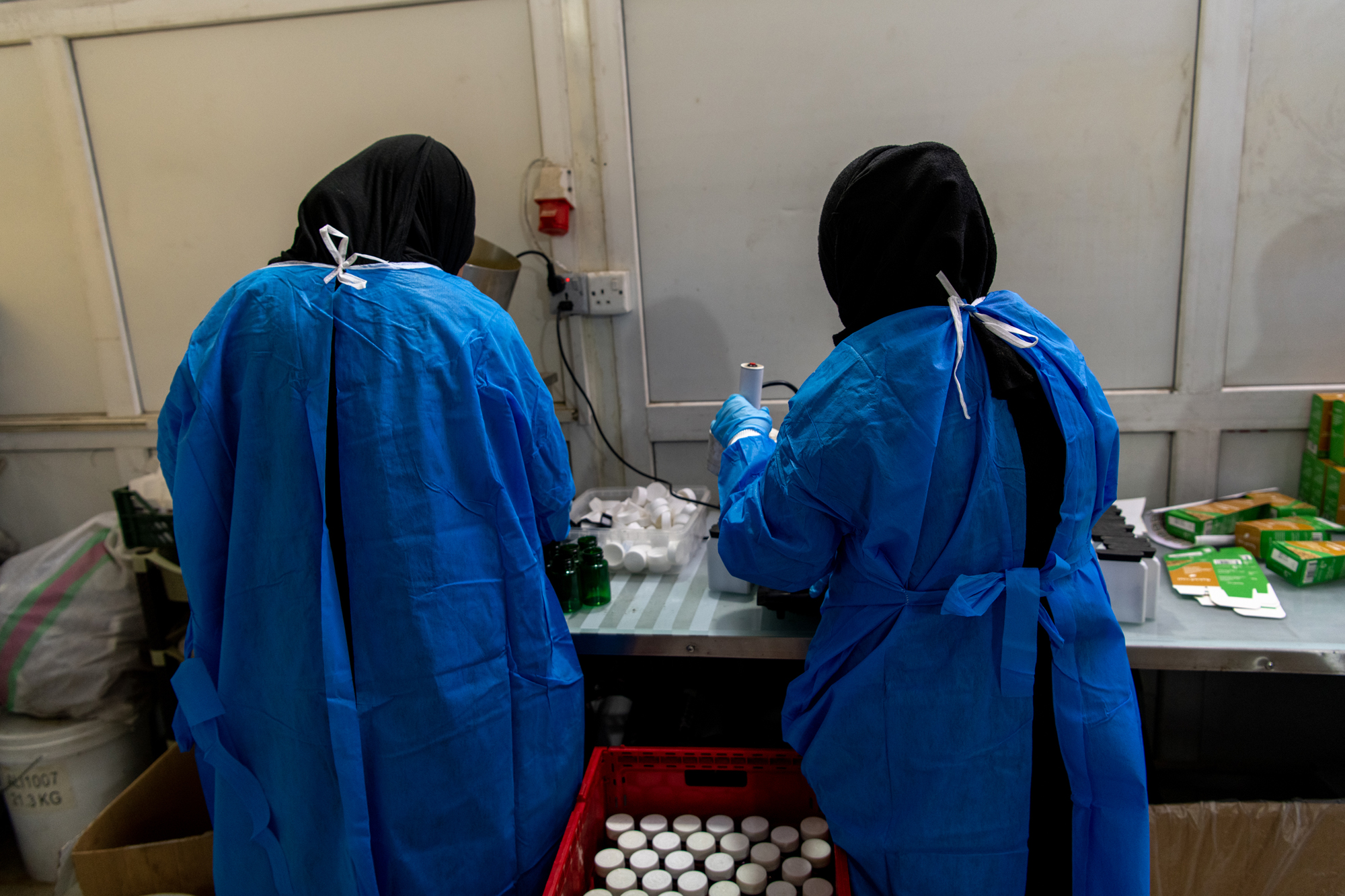 IOM supports the development of small and large businesses in the region to support the reconstruction of the economic and social fabric of war-affected areas. Photo: IOM

When Iraqi forces secured East Mosul, those stranded in the ISIL-controlled area of the west sought refuge in the east. This was not an easy feat, and it was done by smugglers who would move them across at night. Hamza, her husband, and their five children were among the families that were fleeing to the east.

Unfortunately, some of the families were killed by ISIL forces when crossing and did not make it out from the west. Hamza and her husband had to take in three children who lost their parents. Hamza took over the family and for the next six months raised them alongside her five children until their extended relatives could be traced.

Making it out of the west would still not put them out of danger. A year later, a rocket fired from the ISIL territory in the west would claim her husband, leaving her widowed with three children to look after and no source of income.

Her story is similar to those of other women at the factory. For them, being able to work freely and support their children is all they ever wanted – something they have in Mudher’s company. 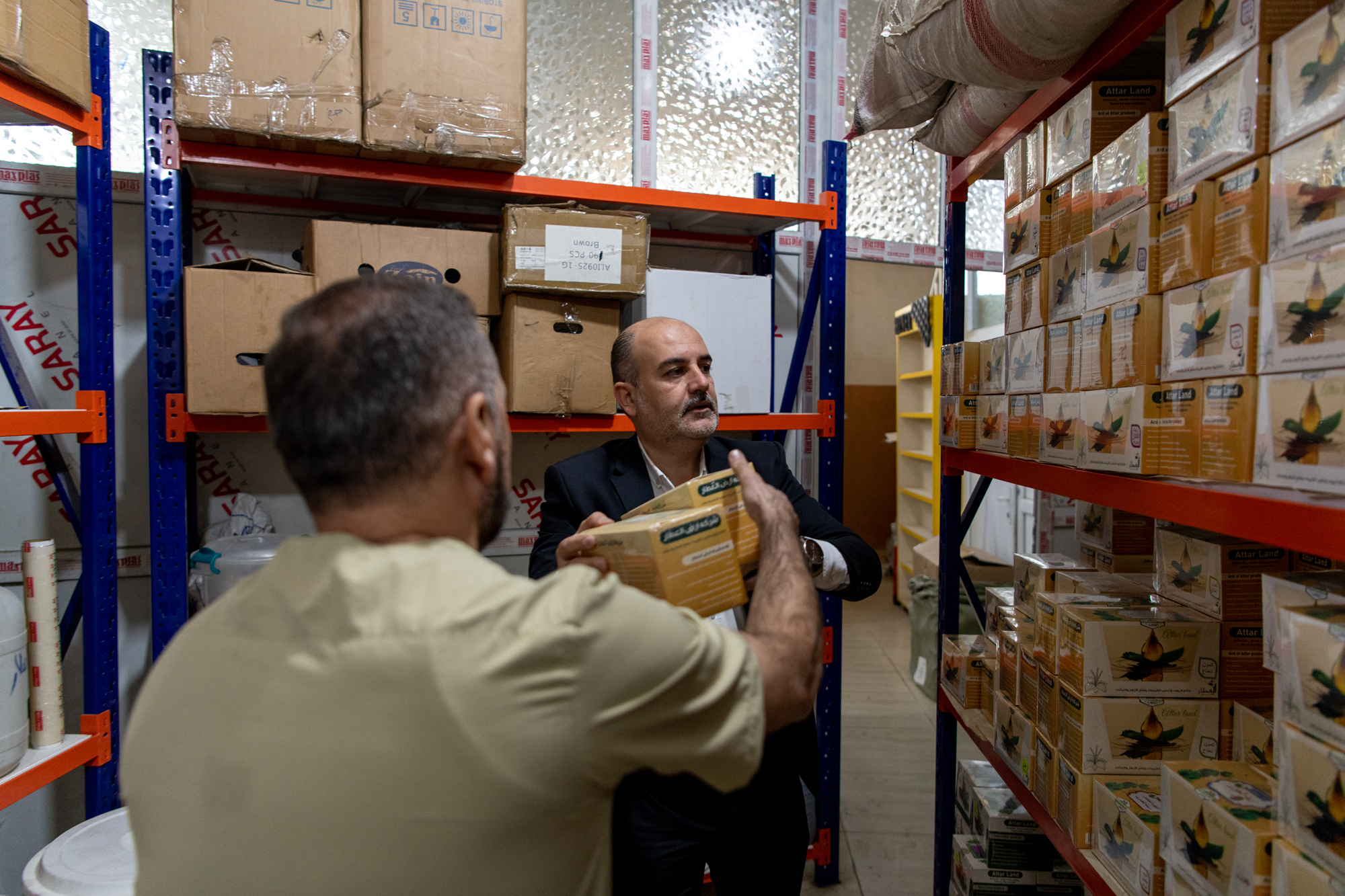 Mudher remains determined to help improve the lives of his community. Photo: IOM

At 47 years old now, Mudher remains determined to help improve the lives of his community. "Half of the benefits of this project go to the workers. The most important thing for me is to make families happy."

IOM supports the development of small and large businesses in the region to support the reconstruction of the economic and social fabric of war-affected areas. Since its inception, IOM has disbursed over USD 27 million to more than 1,600 businesses, helping to create a source of livelihood for thousands of employees and their families.