Between Uncertainty and Hope: Crossing the Darien Gap is Only the Beginning 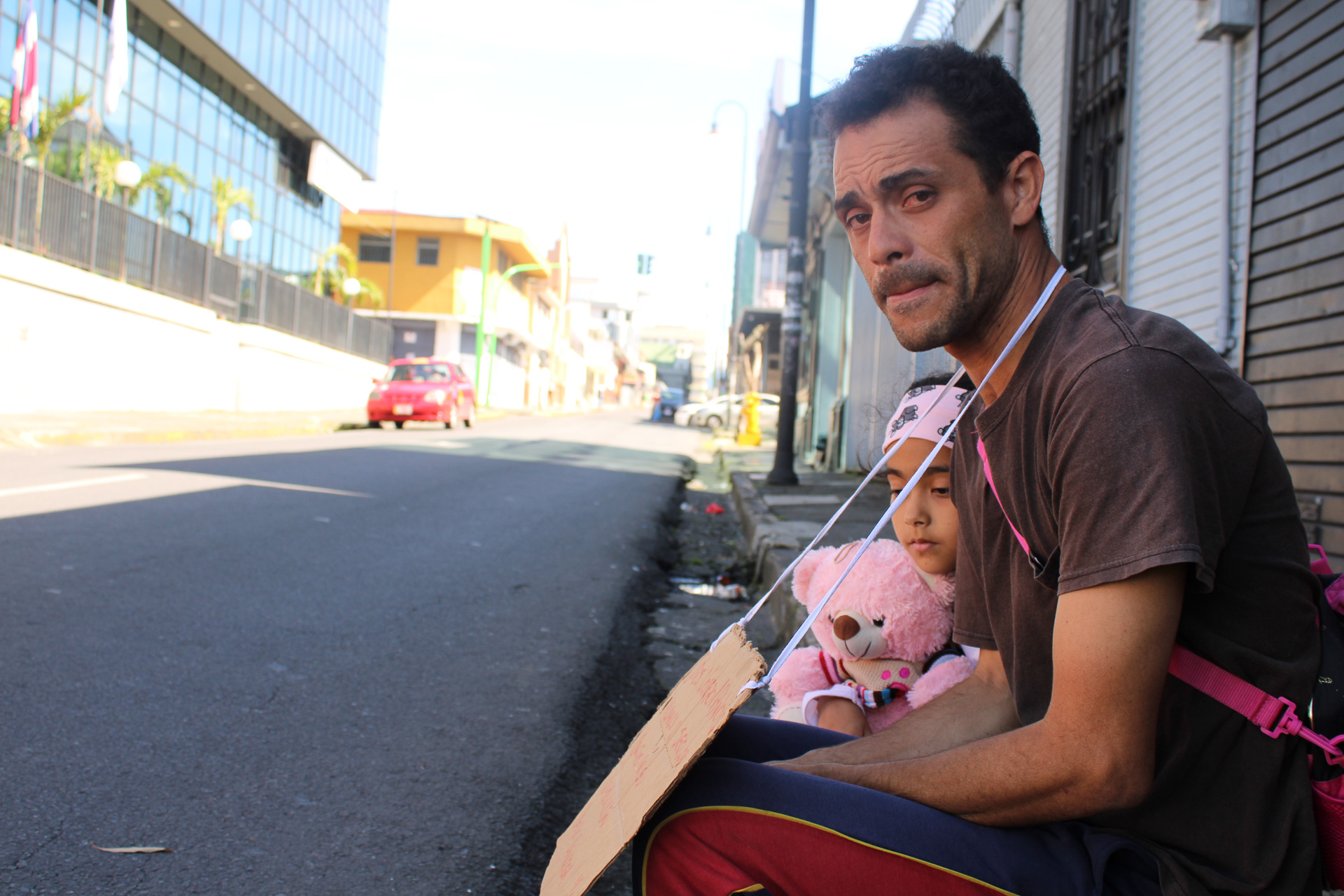 The vast majority of Venezuelan migrants arriving in Costa Rica are accompanied by their families, including children. Photo: IOM Costa Rica/Maziel Vargas

San Vicente, 16 January 2023 – Gabriela is resting at the San Vicente Migrant Reception Station on the Panama side of the Darien Gap, having reached the end of an infamously perilous trek.

The Darien Gap is a 100-kilometre stretch of mountainous rainforest jungle and vast swamp land. It is one of the most dangerous migration routes and can take up to 10 days to cross from Colombia into Panama. Hundreds of thousands of migrants embark on this journey because it is the only overland route connecting Central and South America, and then onwards to the United States of America.

Gabriela explains that she wants to reach the United States to secure a better future for her three-year-old son Lucas, who suffers from a complex medical condition. "My son has special needs. I decided to leave Ecuador, for him. I need an alternative for his well-being when he is older," she said.

While Lucas remains in Ecuador with his father, Gabriela decided to migrate with her 15-year-old son and three Venezuelan friends. She had seen content on social media that indicated crossing through the Darien Gap wasn't so complicated. Believing this to be true, she packed her bags and along with her older son, took buses to Cali, Colombia, and then to Medellín and Necoclí which is the last step before entering the jungle.

"We watched videos that made it look easy to get through the Darien Gap in just one day. Some friends had told me that I would get help, that there was no problem. When I was there in the jungle I cried, screamed, and regretted having come," says Gabriela with tears in her eyes and repeats that she would never do it again.

Alejandra with her son and partner arrive in search of support at the rest centre of the Catholic Church in Trojes, El Paraíso, Honduras. Photo: IOM Honduras/Sonia Lagos

In the heart of the Darien Gap jungle, her son fell ill from lack of food and drinking water. Overcome with despair, she recounts that she entrusted herself to God. Clinging to her son, they crossed raging rivers and muddy ravines where countless migrants have died in their quest to seek a better life. At one point, Gabriela realized that she and her son had been left behind and were alone in the middle of the jungle.

"I was just praying for our lives. Amid my desperation, I heard voices calling my name. The friends with whom I had started the journey had sent people to look for me. We were close to reaching the other side," Gabriela recalls with her voice cracking from emotion.

Gabriela says she is miraculously alive and thankful that her son is feeling better. However, she has not heard from her family in Ecuador since starting the journey northwards through the jungle.

Gabriela and her son are just two of the nearly 30,000 Ecuadorians who crossed the Panama-Colombia border irregularly in 2022. This is nearly 80 times greater than the number of Ecuadorians registered in 2021, according to information from the Panamanian government.

The number of Ecuadorians crossing the Darien Gap is surpassed only by the number of Venezuelans. In 2021, there were 2,819 Venezuelans registered at the crossing; while by the end of 2022, some 150,327 had come through. 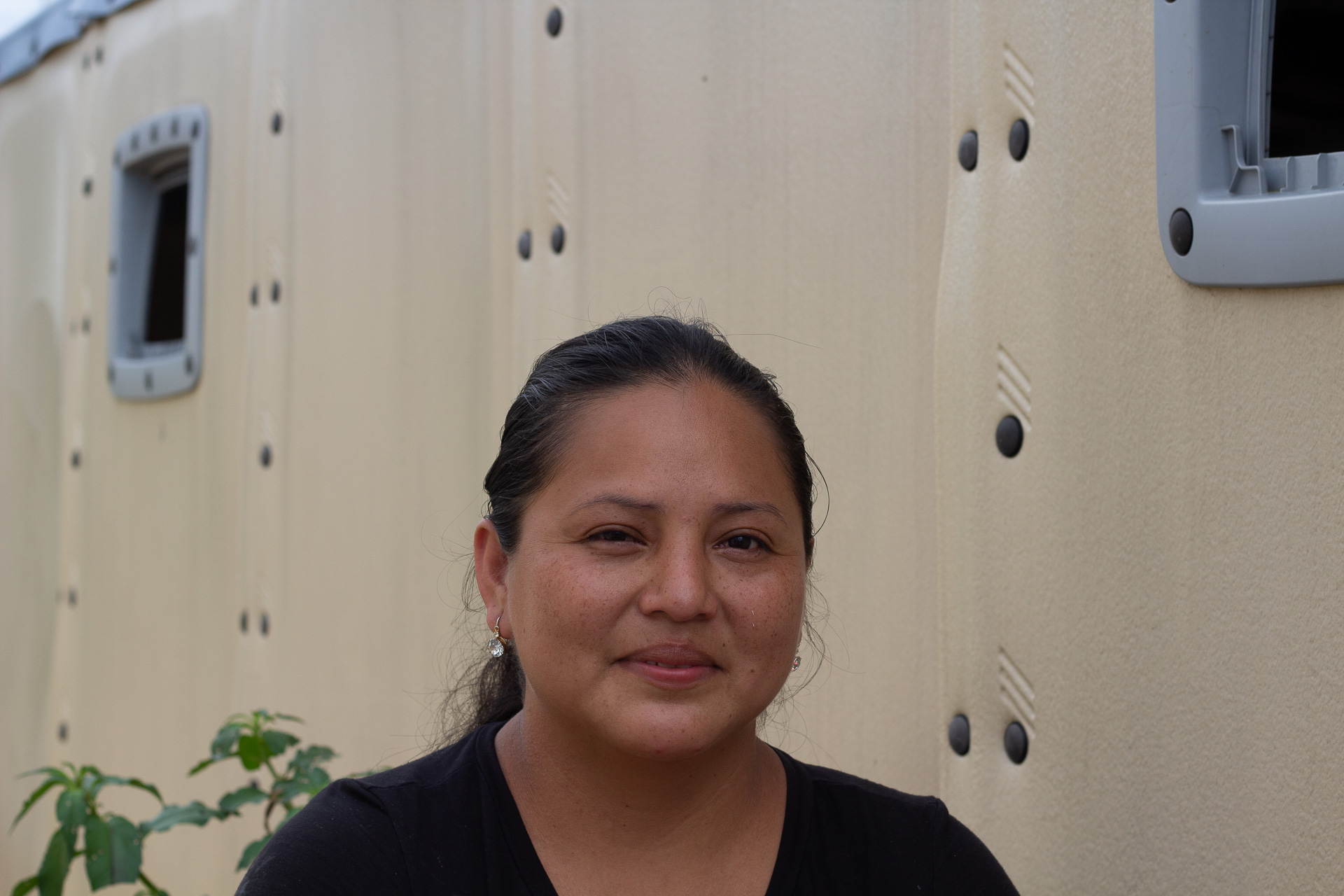 Gustavo Bejarano, his wife and their three children are part of the Venezuelan migrant population who have left their country due to the collapsed social and economic situation. "We left there for the children. I want to see my children studying and going to bed with three meals daily. We don't have that now," says Gustavo.

After a month of traveling from Venezuela, and just a few days after crossing the Darien Gap, Gustavo and his family arrived in San José, Costa Rica. They have had to resort to the goodwill of locals who have provided enough money to allow them to continue, after being robbed in the Darien Gap of the little resources they had.

Returning to Venezuela is not an option for Gustavo. "Over there, we have nothing, we have no one. The only person I had was my brother, but he was killed for not paying an extortion demand."

After risking their lives to cross through the Darien Gap, it is difficult to imagine anyone wanting to return, yet Alejandra Mejías says that she must do just that. The 28-year-old Venezuelan left Colombia, where she lived for four years, with her youngest son and her Colombian partner, to find a better job in the United States and to buy a home.

After crossing through the Darien Gap, Panama, Costa Rica, Nicaragua and arriving in Trojes in Honduras, Alejandra received the news that she could lose custody of two of her children who were in Medellin, Colombia, under the care of a friend. Unable to buy a plane ticket, this young mother desperately hopes to return to avoid losing her children. 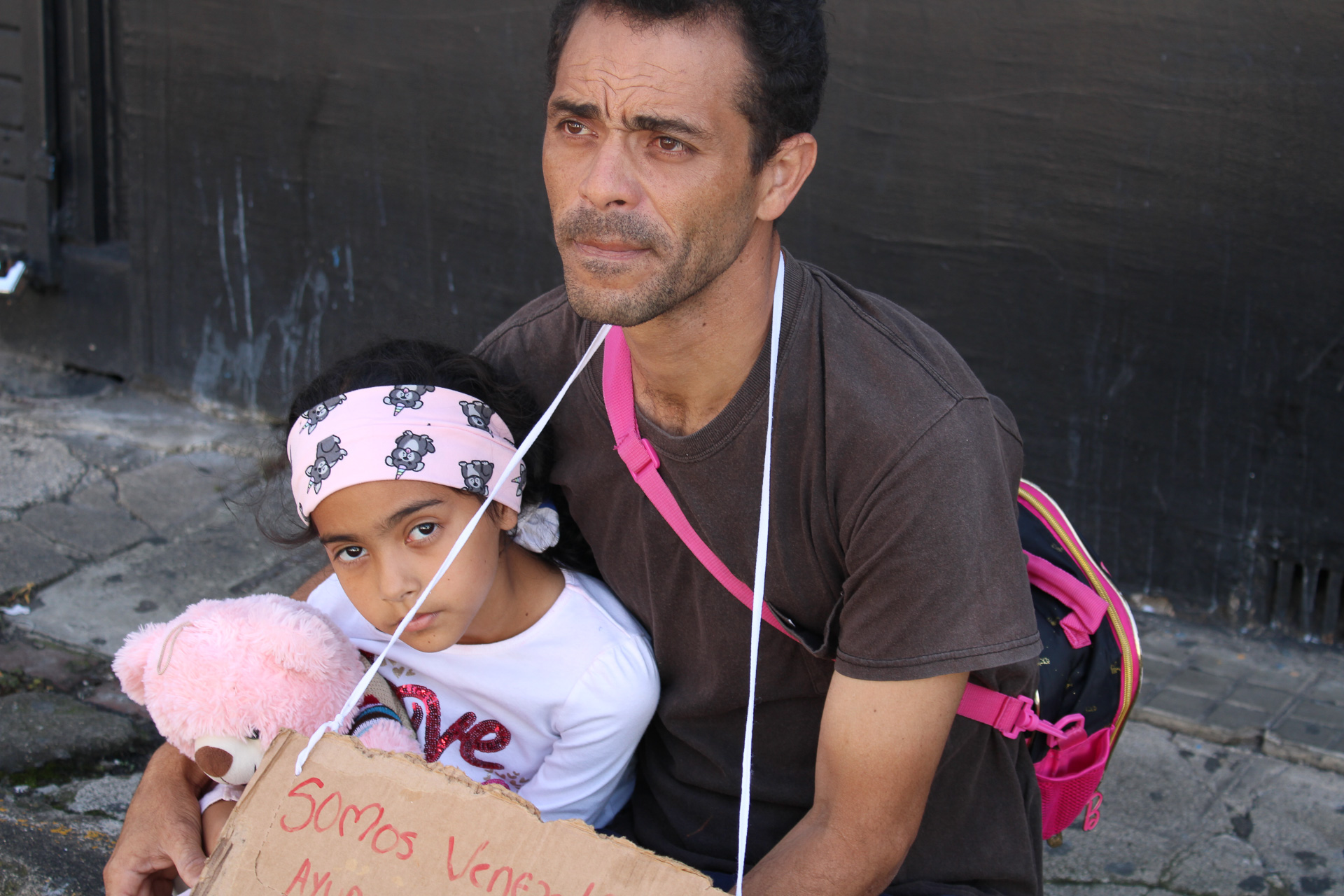 Gustavo and his daughter are tired and in extreme need of assistance in San José. Photo: IOM Costa Rica/Maziel Vargas

"I must return to Colombia no matter what. I can't lose my two children. Even if I have to cross the jungle again, I have to go back," Alejandra insists.

Adding to her woes, Alejandra says she is discouraged from continuing to the United States, "Because the entrance to that country is complicated," referring to recent changes to US immigration policies towards Venezuelans. This development has left thousands of Venezuelan migrants like Alejandra, adrift in Mexico and other Central American countries.

More recently, a federal judge has prohibited the United States from continuing to expel migrants and asylum seekers to Mexico, a decision that may result in a significant increase in the number of irregular migrants crossing the Darien Gap. In 2021, records showed 133,726 migrants crossing the jungle; while in 2022 the figure nearly doubled, reaching nearly 250,000 by the end of the year.

Caught between uncertainty and hope, migrants like Gabriela, Gustavo and Alejandra will continue to risk their lives in the Darien Gap, seeking an overland path to reach North America. Like so many before them, theirs is a tireless search to offer their loved ones opportunities, security and a better life which has proven elusive in their countries of origin.

This story was written by Carlos Escobar at IOM’s regional office in San Jose, with the collaboration of Maziel Vargas, Allen Ulloa (Costa Rica) and Sonia Lagos (Honduras).