Building a Dream Away from Home 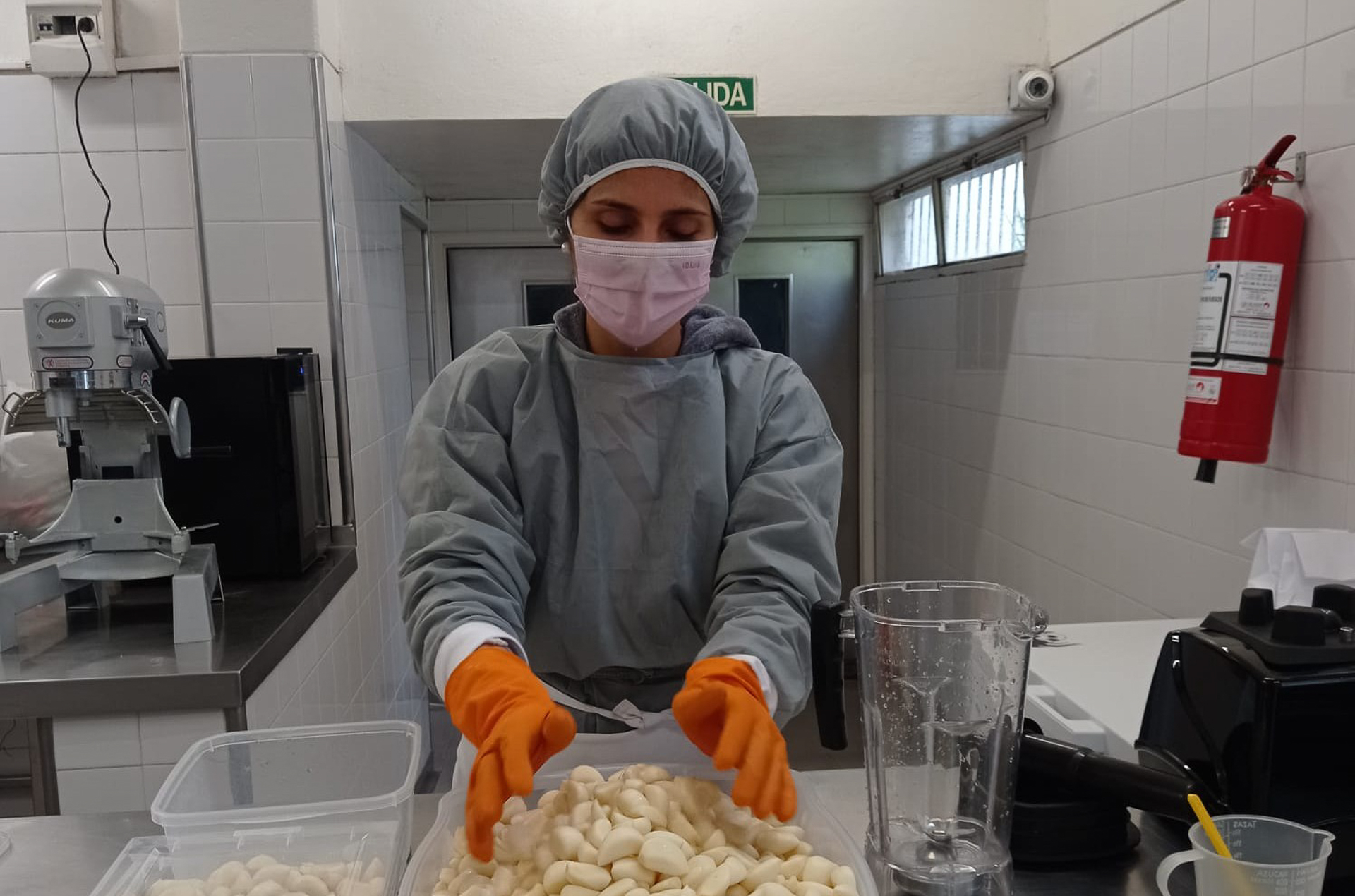 Through the cash assistance programme, Yosin and Yenny started a garlic processing business that has come to grow. Photo:  IOM 2022

Uruguay, 8 August 2022 – Yoselin and Yenny, from Venezuela, arrived in Uruguay in 2018 with the hope of starting their own business.

The deteriorating political, socioeconomic and human rights situation in the Bolivarian Republic of Venezuela saw many, including them, leave the country to other parts of Latin America and the Caribbean.

“We left our home with a lot of fear and uncertainty towards the unknown; but we had hope and faith that everything was going to be okay.”

In the last five years, the region has faced the largest flow of refugees and migrants in its history. More than 6 million Venezuelans have left their country of origin, with an estimated 84 per cent living in Latin America and the Caribbean region alone.

At the height of the COVID-19 pandemic, the economic ramifications were pronounced as in other countries, with increasing cases of unemployment recorded. This had an adverse effect particularly on vulnerable populations including migrants – and, specifically, women and girls – exposing them to risks of exploitation.

The increasing need for income-generating opportunities for migrants necessitated the International Organization for Migration's (IOM) livelihoods project in Uruguay that sought to promote social and labour inclusion while meeting their daily needs.

This project targeted migrant women who, in Uruguay, receive lower salaries, have a higher unemployment rate, work in sectors of lower productivity and are overrepresented in the informal sector.

Yoselin and Yenny and the Andina Alimentos stall at a market fair in Uruguay. Photo: IOM 2021

Yoselin and Yenny took advantage of this opportunity and identified making garlic paste as the business opportunity, having mastered the practice back home and there being no such ventures around them. They received cash assistance from IOM to create the business, which they called Andina Alimentos.

As part of the project, support for the beneficiaries included developing a training plan, technical advice and cash assistance to support entrepreneurs. Through this, Yoselin and Yenny improved their business and its branding. They also carried out registration procedures, got a bar code and bought raw materials for the business, including garlic, olive oil, dry spices, a processing machine and packaging material.

Setting up a business was one step; they worked on the brand to make the business known in natural stores, get clients in the interior of the country and present the product at markets and fairs.

Their passion and complementary roles have seen them grow the business and learn a lot, in a journey that has been fun and comforting for both of them.

Andina Alimentos has received positive feedback from Venezuelans in Uruguay, but more and more, Uruguayans are also buying their garlic paste. Yoselin and Yenny say:

“We are the Andean women building a DREAM and betting on Uruguay, and now we feel it as our country!”

Yoselin and Yenny are part of the 230 individuals supported with cash assistance to set up or strengthen their self-employment and generated opportunities that improved migrants’ quality of life and promoted autonomy and economic inclusion. The project was coordinated with civil society organizations and authorities to identify entrepreneurs and develop the training.

In 2021, IOM supported close to 1.9 million aid recipients with cash-based interventions across 119 countries. More information can be found on IOM Cash-Based Interventions in the IOM CBI Annual Report and Case Studies 2021.