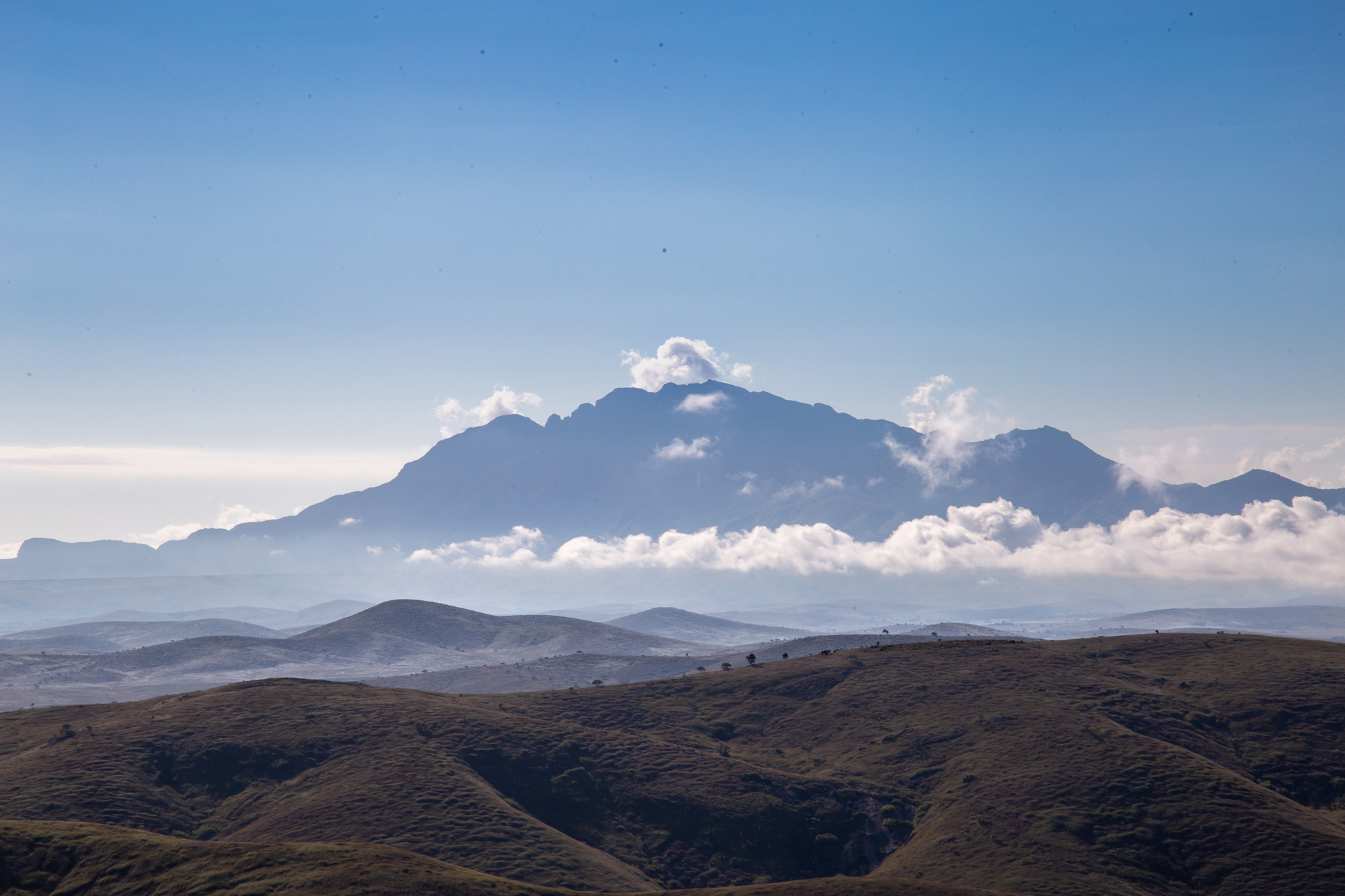 The remote and nearly inaccessible Andriry mountain range is a natural haven for cattle thieves – the main threat to the security of the local communities. Photo: IOM/Giacomo Dei Rossi

With little to fear from a paper-thin security presence, the non-violent dahalo enjoyed almost free rein for decades as they stole just two or three cattle at a time. The thefts were somehow considered acceptable.

Originally, the dahalo were marginalized populations of southern Madagascar, who lived on the outskirts of villages and had no property. When they wanted to get married, they would steal a few zebu (humped cattle) from the local villagers to offer them to the girl’s parents and gained a reputation for their bravery.

After the Second Republic in 1975, zebu theft took on a different dimension. Organized groups, armed with rifles and even Kalashnikovs, started to take hundreds of cattle at a time, often combining thefts with kidnappings, roadblocks, burglaries, and even murder. These dahalo became known as malaso. 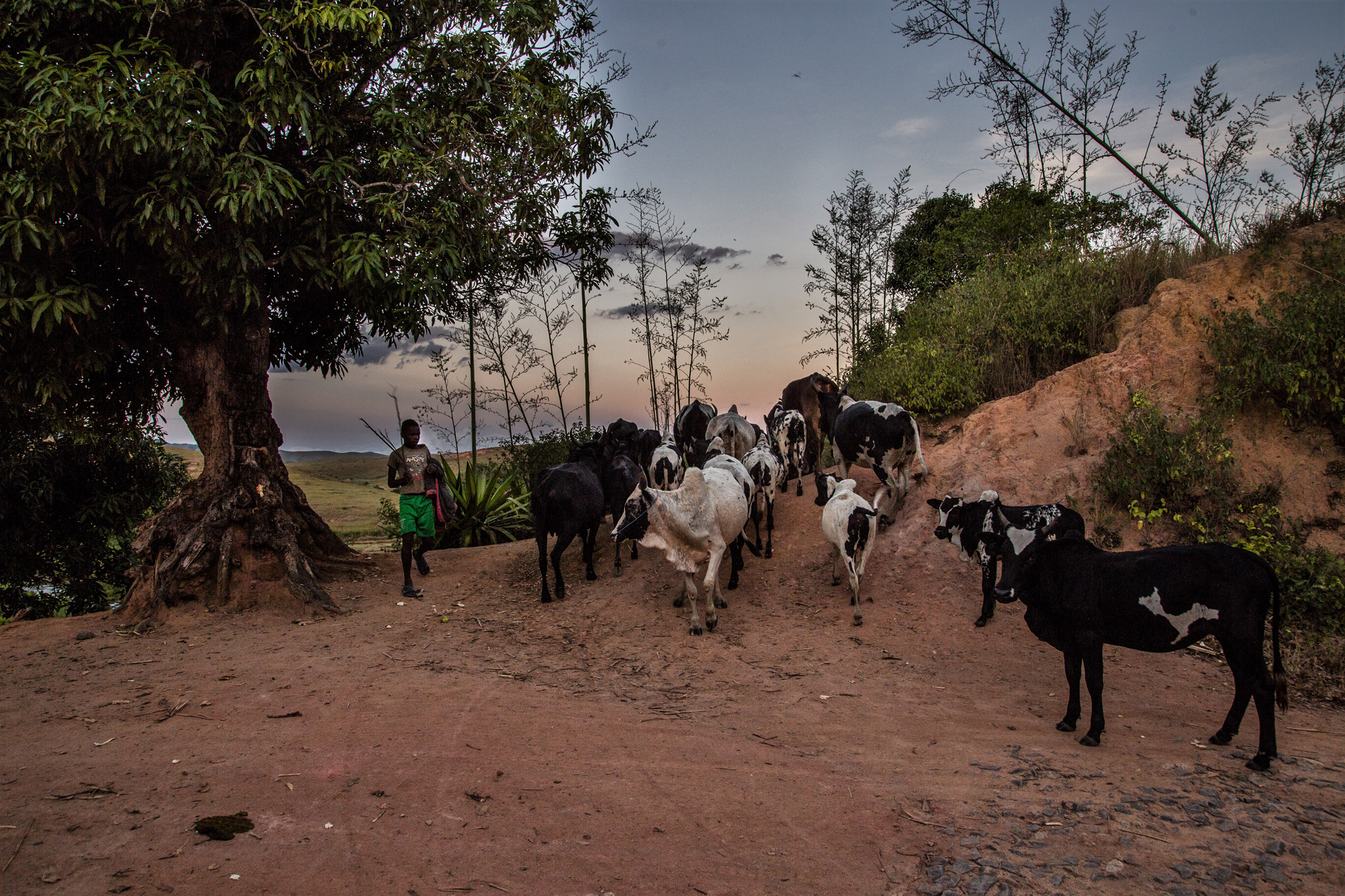 A young shepherd keeps a careful watch in a village near Betroka. Photo: IOM/Giacomo Dei Rossi

Knowing the Andriry mountains better than anyone, they take stolen cattle deep into their territory, making it impossible for police to track them. Damy Randriamiary, born in a rural commune of Bekorobo, was one of many young villagers who became expert in malaso activities.

At the age of 14, he started working as a zebu shepherd for his father, but his brothers – already malaso – made him smuggle stolen zebus, sometimes up to 25 kilometres from the scene, into the mountains.

In 2009, when Damy was 22 years old, his father gave him a gun to protect his grazing cattle. Damy found another use for it: he formed a new malaso group together with his friends and became their leader.

His nickname was revolombiby, meaning “animal hair” because he would disguise himself as a furry animal during robberies. With his group, Damy stole more than 500 zebus from seven different communes around the Andriry mountains. Instead of wealth and fortune, though, 16 years of fear of being arrested, or killed if caught by the locals, took its toll. He stopped in 2016, when he was almost 30, and tried in vain to restart his life in the community.

The villagers shunned him, but that changed, thanks to the intervention of the International Organization for Migration (IOM) and its partners under a project funded by the United Nations Peacebuilding Fund (UNPBF).

In 2019, IOM organized a communal dialogue in Bekorobo and trained participants in conflict management to develop the local security plan and identify activities that could help build trust between the local population and state security and defense forces (SDF). Damy took an active part and showed his will to reintegrate into the community 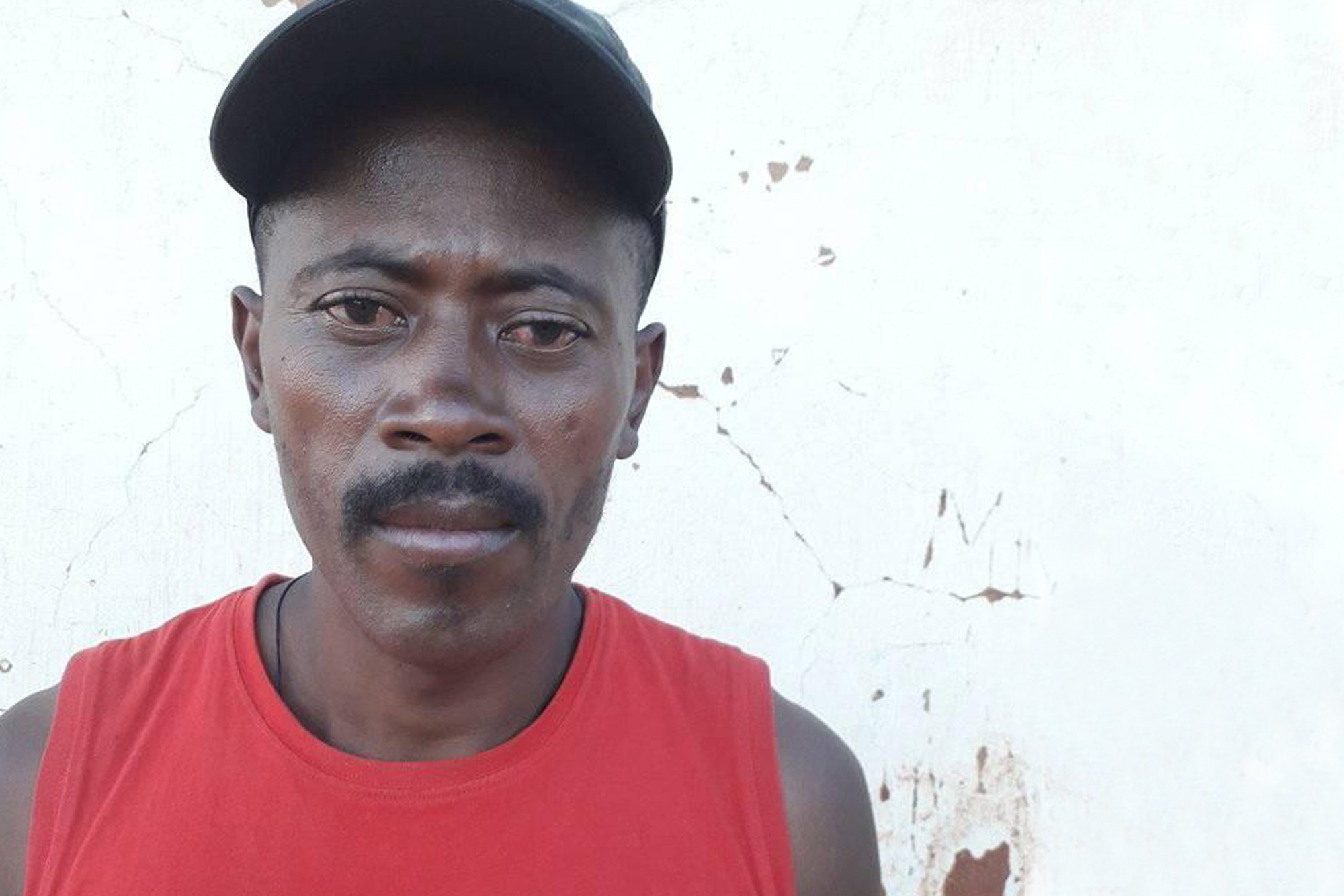 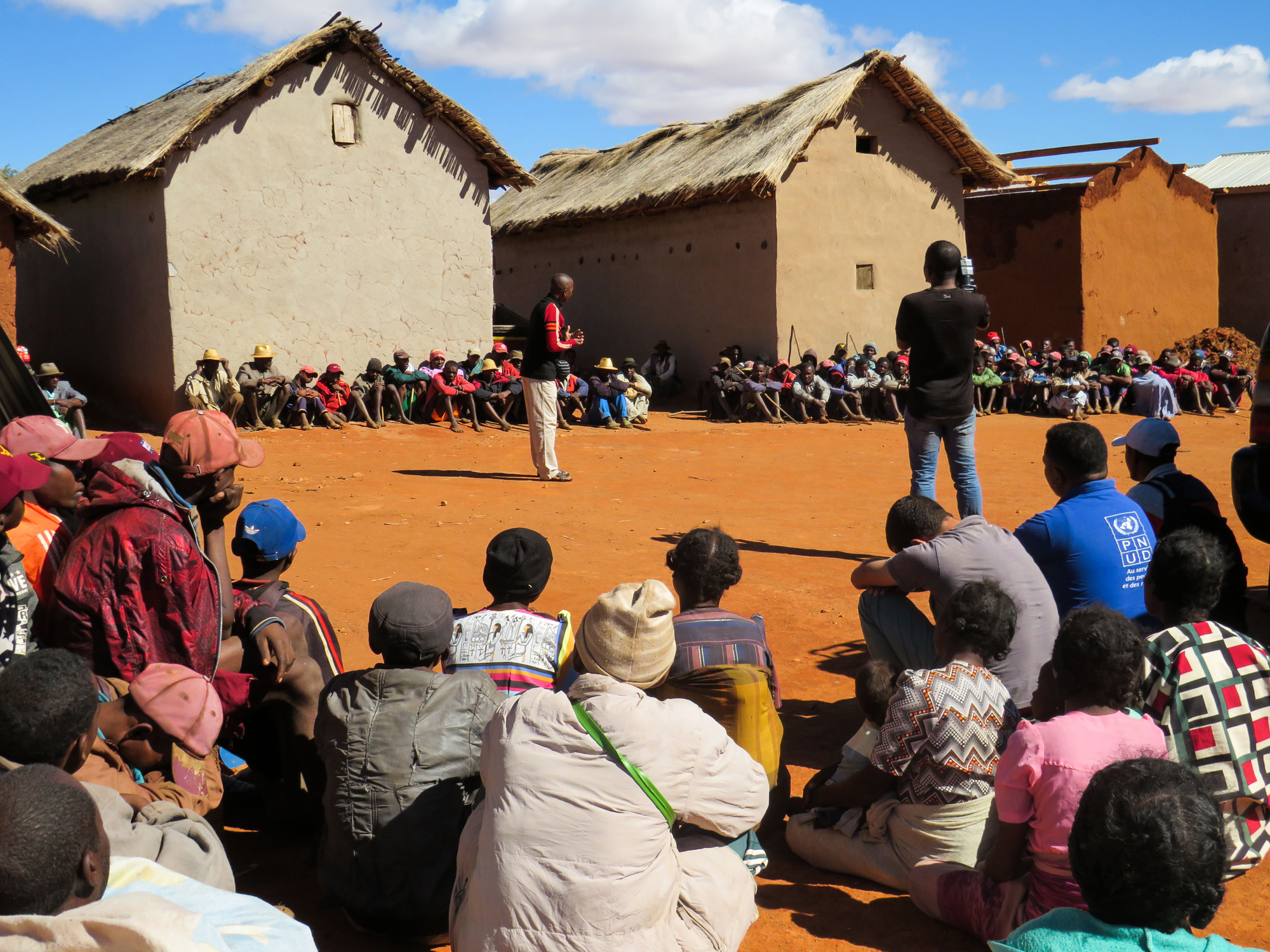 The view from one of the gendarmerie outposts built by IOM in the Andriry. Photo: IOM/Giacomo Dei Rossi 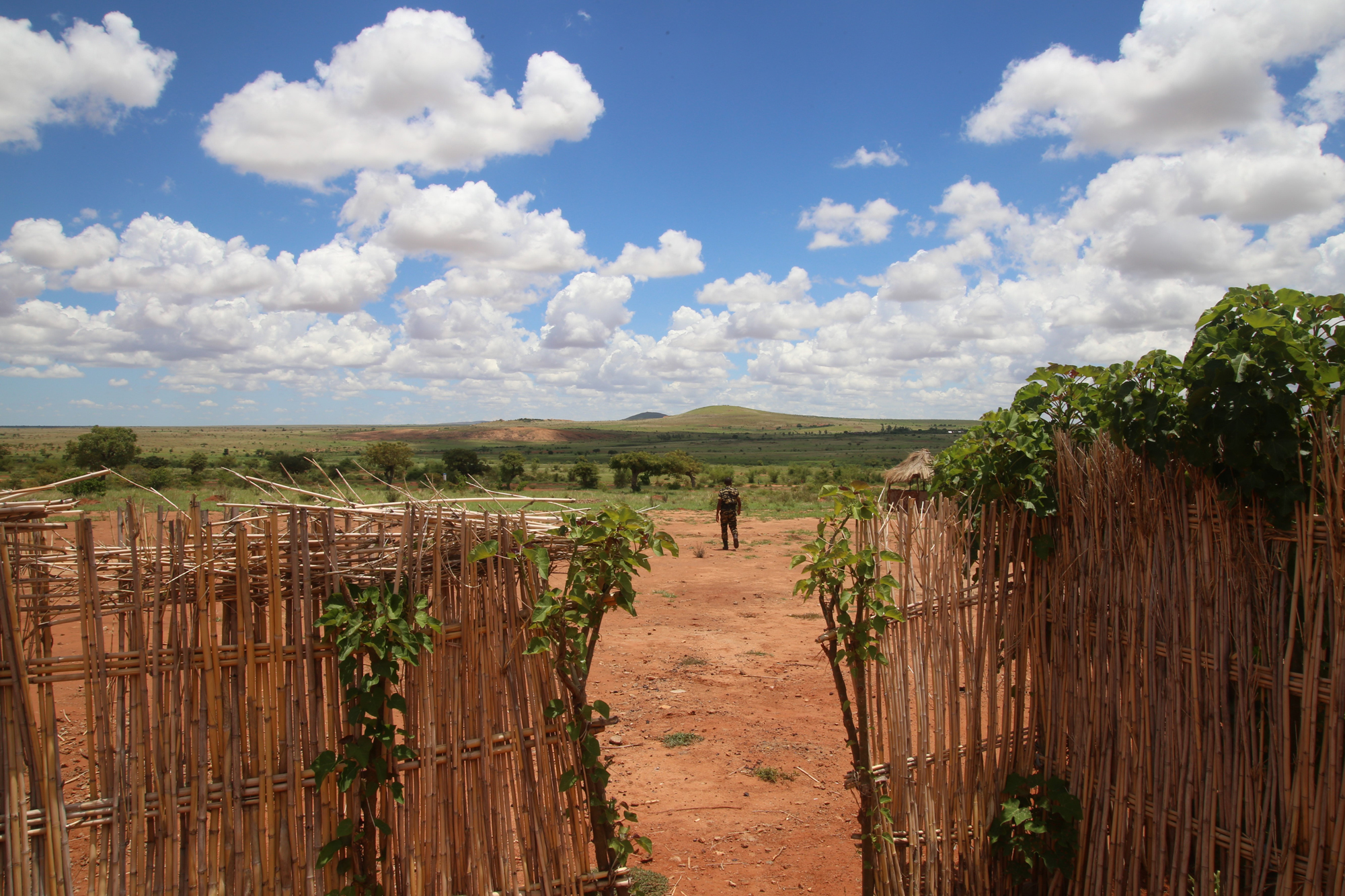 Guided by the dialogue conclusions, IOM organized a traditional titiky ritual – involving the killing of a zebu, sharing its meat and taking an oath to do no harm in the community – to strengthen the relationship between the villagers and police.

Damy says that the dialogue and the ritual attended by more than 1,000 villagers helped him stick to quitting his criminal ways. “The themes discussed during the dialogue described my attitude and my life routine, including revenge, stealing, aggression, and lack of cooperation,” Damy says. “The peace ritual has strengthened my conviction to abandon my bad attitudes. It has pushed me to change my life.”

Damy has now been accepted by the villagers and he has persuaded other malaso to stop criminal activities and rejoin the community. 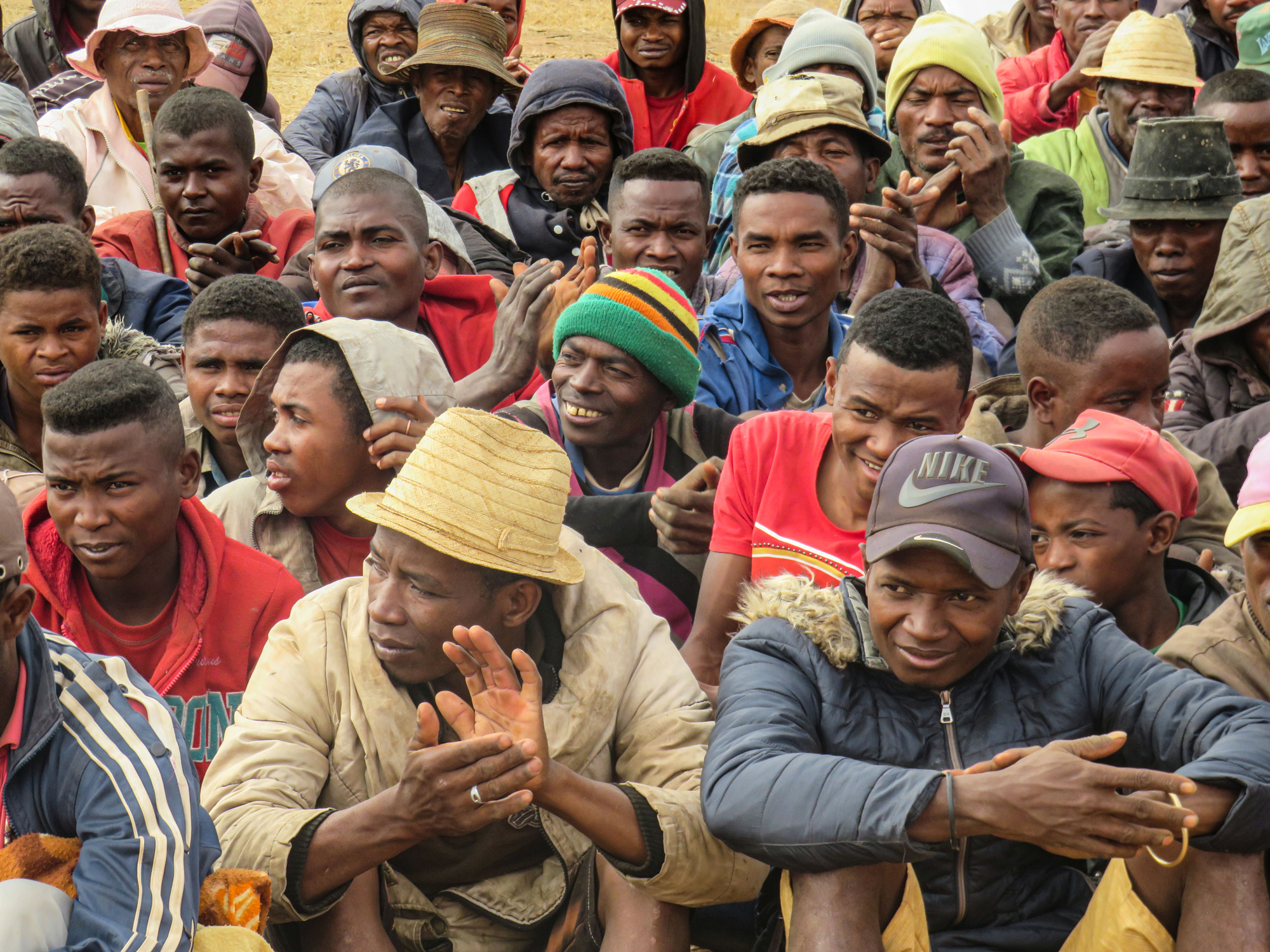 Hundreds of villagers turned out for the titiky ritual organized by IOM in the commune of Ambalasoa. Photo: IOM/Edino Jean Noelson

To make a lawful living, Damy set up an association of cassava farmers, now well-known in the Androy and Anosy regions. The association supports communities vulnerable to food insecurity by selling products to large-scale collectors for supply to the populations in need.

Furthermore, Damy and his friends started collaborating with security forces by joining community defense groups to secure their villages.

Under the “Strengthening Authority of the State in the South of Madagascar” (RAES) project, and its second phase, “Strengthening Inclusive Institutional Mechanisms for Peacebuilding in the South” (PROSUD) – funded by UNPBF – IOM, along with other UN agencies, has been working since 2017 to build peace and social cohesion around the Andriry massif.

One of the five outposts built by IOM for the gendarmerie under the 'Strengthening Authority' RAES project. Photo: IOM/Giacomo Dei Rossi

The project seeks to restore the authority and presence of the State in the Andriry, helping to prevent the forced displacement of populations who migrate in fear for their life and wellbeing.

Through RAES and PROSUD interventions, IOM has supported the construction and equipping of five outposts for the National Gendarmerie and is building new facilities at three other outposts.

To strengthen the relationship between the local population and security forces, IOM conducts social cohesion activities, including communal dialogues, peace rituals, and sports and cultural events. Thanks to the project, more than 85 activities have been realized in the 14 communes of intervention.

This story was written by Daria Kosheleva, email: IOMMadagascar@iom.int