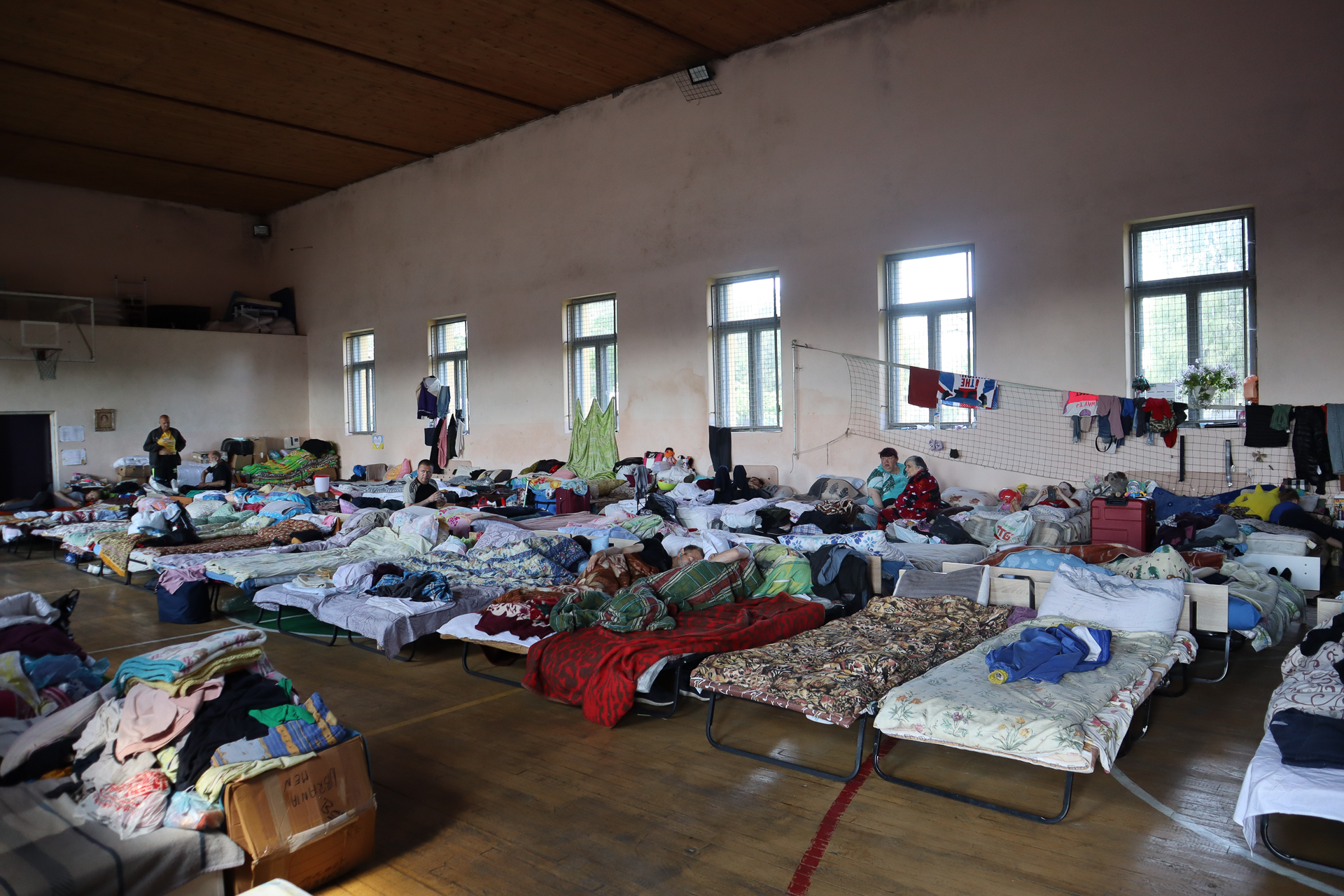 One of the thousands of temporary accommodation centres for displaced persons that were set up in Ukraine since the end of February. Photo: IOM Alisa/Kyrpychova

Ukraine, 29 June 2022 – Four months of full-scale war have put an enormous burden on the mental health of people in Ukraine, but from feelings of distress and pain, sprouted resilience and adaptability, paving the way to recovery.

“At the beginning of the war, people were in a critical state. They didn’t sleep or eat for days at a time, hiding in basements; they had to endure long and difficult journeys to reach safety, completely exhausted, both physically and emotionally,” explains Olha, a psychologist with the International Organization for Migration's (IOM) mobile medical clinic in Lviv. “In the midst of all this chaos, people weren’t able to process what they were going through.”

When the first evacuation trains arrived in Lviv in February, Olha provided people with psychological first aid. She saw fear, anxiety, anger, and apathy among the group – a complex range of emotions and psychological reactions which soon became a normal sight at the overcrowded railway station and in the humanitarian hub set up in the Arena-Lviv Stadium.

People used different ways to cope with the unprecedented stress and anxiety that they were going through, in order to face these new challenges, support family members, or simply – survive. Traditionally reluctant to seek psychological help, millions of Ukrainians had to process by themselves what they were feeling. To help alleviate the burden of their stress, from April, IOM’s mobile clinics have been providing people in the Lviv Region with health services and mental health and psychosocial support (MHPSS).

“We may have different backgrounds, but we are brought together by war and displacement. We are here to explain certain techniques that may help you reduce your stress level and anxiety and take care of your mental well-being. If you are able to take care of yourselves, then you can then take care of your loved ones too.” With these words, psychologists begin a psycho-education session near the centre for internally displaced persons (IDPs) in Yavoriv in June. 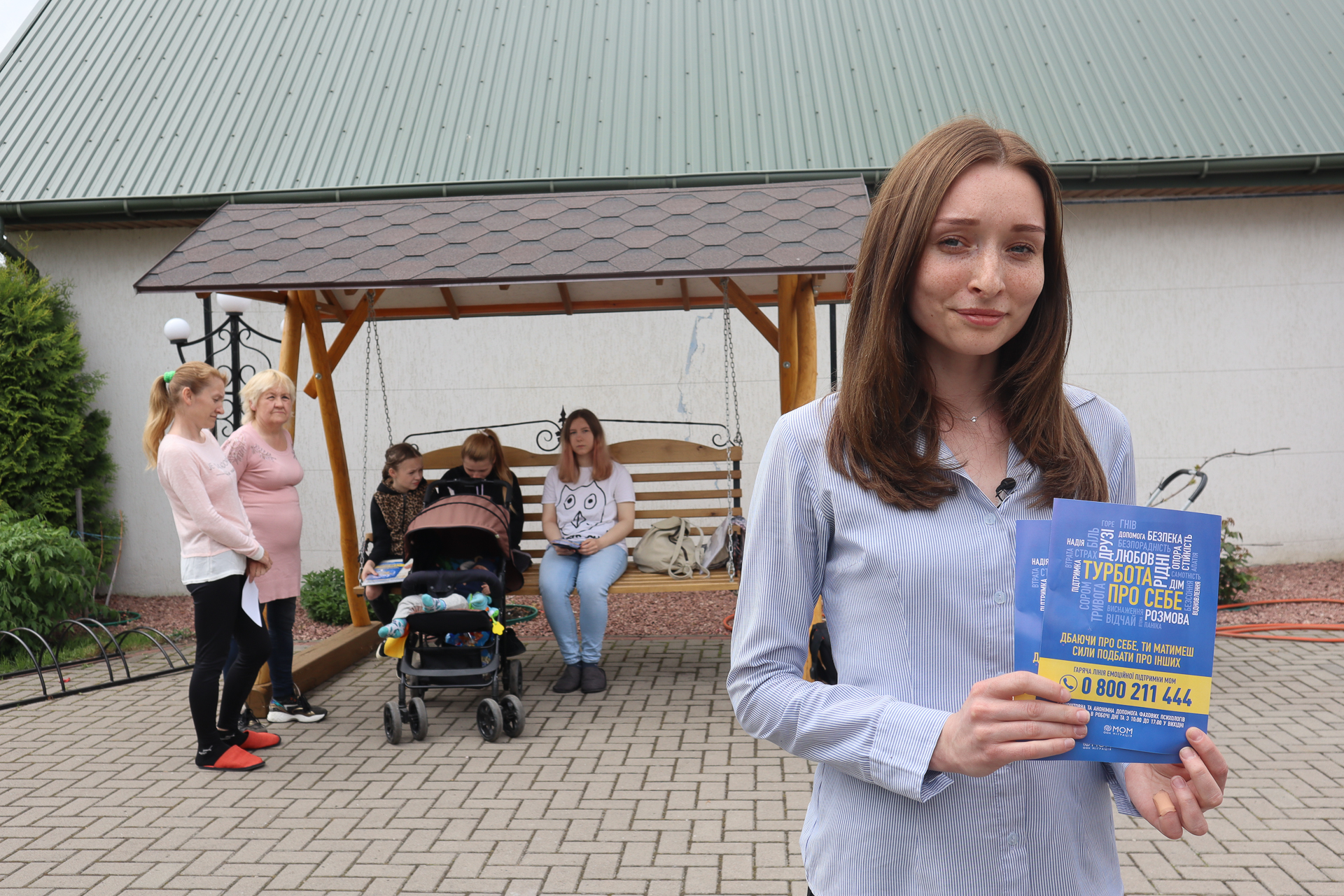 Psychologists working with IOM’s implementing partner Sheptytskii Hospital now regularly conduct individual, family and group counselling with children, teenagers, couples, men, women, and elderly people, among IDPs and host communities. During group counselling sessions, people talk about how to cope with stress and understand the ways in which their mental and physical health are connected, to alleviate their reactions. Consultations are carried out in a safe, private, and comfortable space in IDP centres or IOM mobile clinic

IOM’s emotional support hotline also operates 24/7 to support people in Ukraine. Since 24 February, the helpline has been expanded to 30 psychologists with more than 2,800 consultations provided in English, Ukrainian, and Russian. 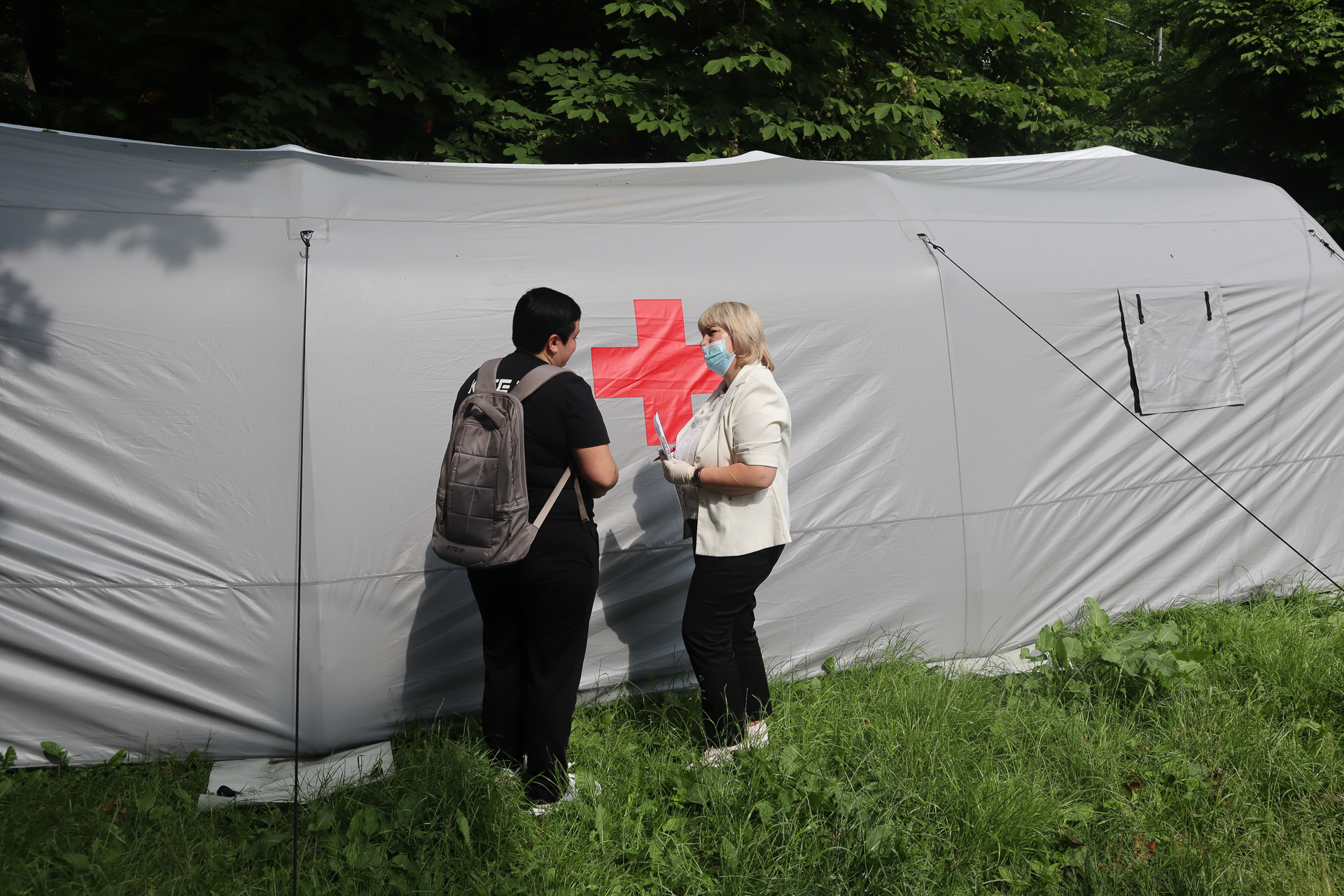 “We were very scared. We managed to survive the shelling, but our son is in the army. Now I watch the news and worry all the time. I decided to seek psychological help because I am going through a lot of stress,” says 63-year-old Tetiana before a group counselling session at IOM’s mobile medical clinic in Lviv. 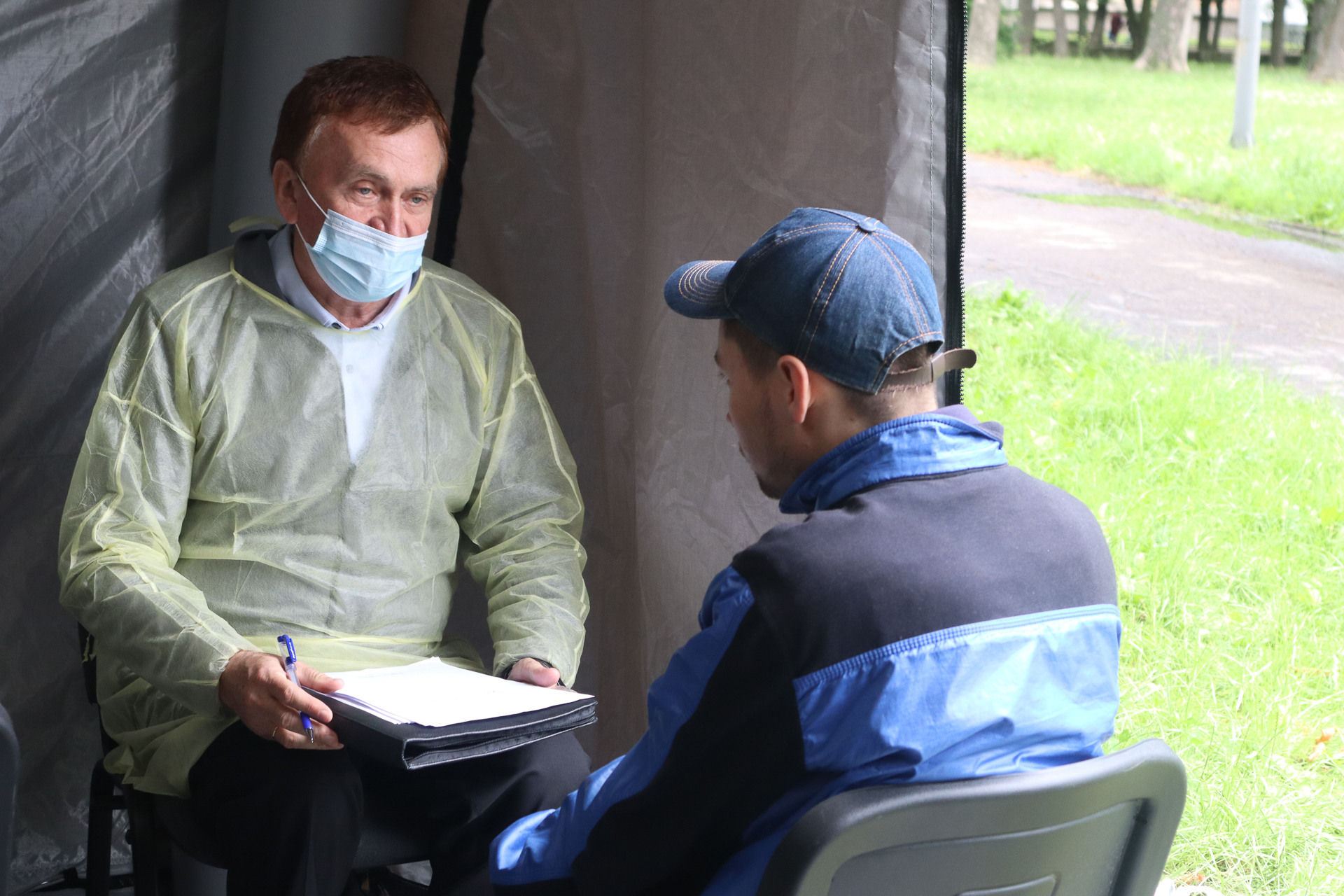 After finding a safe place to stay and ensuring their basic needs are met, there is another wave of feelings that befalls people: the longing for the past and uncertainty about the future. Trying to adapt to a new reality and live in the present moment, people have begun to develop unique resilience strategies to cope and often bounce back stronger.

“Once, a 13-year-old girl whose house was destroyed showed me her favourite mobile game, where you could design and decorate a house,” Olha recalls. “Through it, the child who lost her home found a unique way to process her emotions by creating a new home, albeit virtual for now.”

Art-based interventions and games empower the children who struggle to find words for their feelings. Still, some of them need support from psychologists because despite their young age, they witnessed the horrors of war and were uprooted from their regular social environment.

“Many children draw tanks, weapons, grenades. Children know so much about the war, partly from TV or their families, even at a young age. They can draw down to the last detail how the missiles strike,” Olha explains. 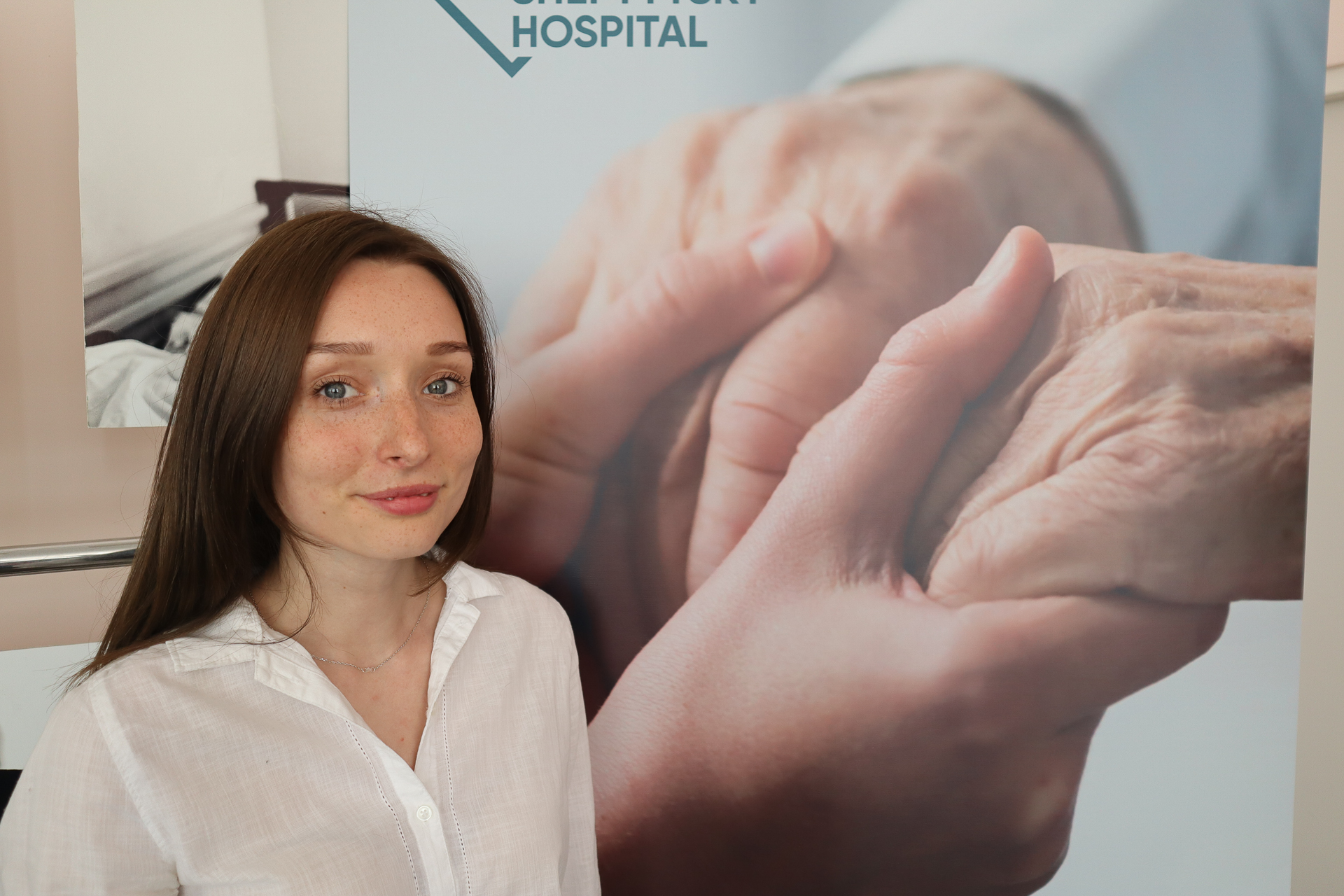 Olha has been providing psychological support to war-affected people since the outbreak of the hostilities in February. Photo: IOM/Alisa Kyrpychova

A recurring feeling that IOM psychologists try to help to ease is loneliness. Many families in Ukraine have been separated by the war, sometimes physically with spouses forced to stay behind in Ukraine, other times emotionally, divided by their views or beliefs.

“Even before the war, we watched a lot of upsetting news, but my family thought that I was just overreacting. They didn't understand me, which made me feel lonely. But once the war started, our family came together, and we now support each other in whichever way we can,” says a local resident in Lviv Region after a psychological consultation.

As Ukraine is witnessing its second wave of mass internal displacement in the last eight years, there are many who know already what it means to have to start all over again. 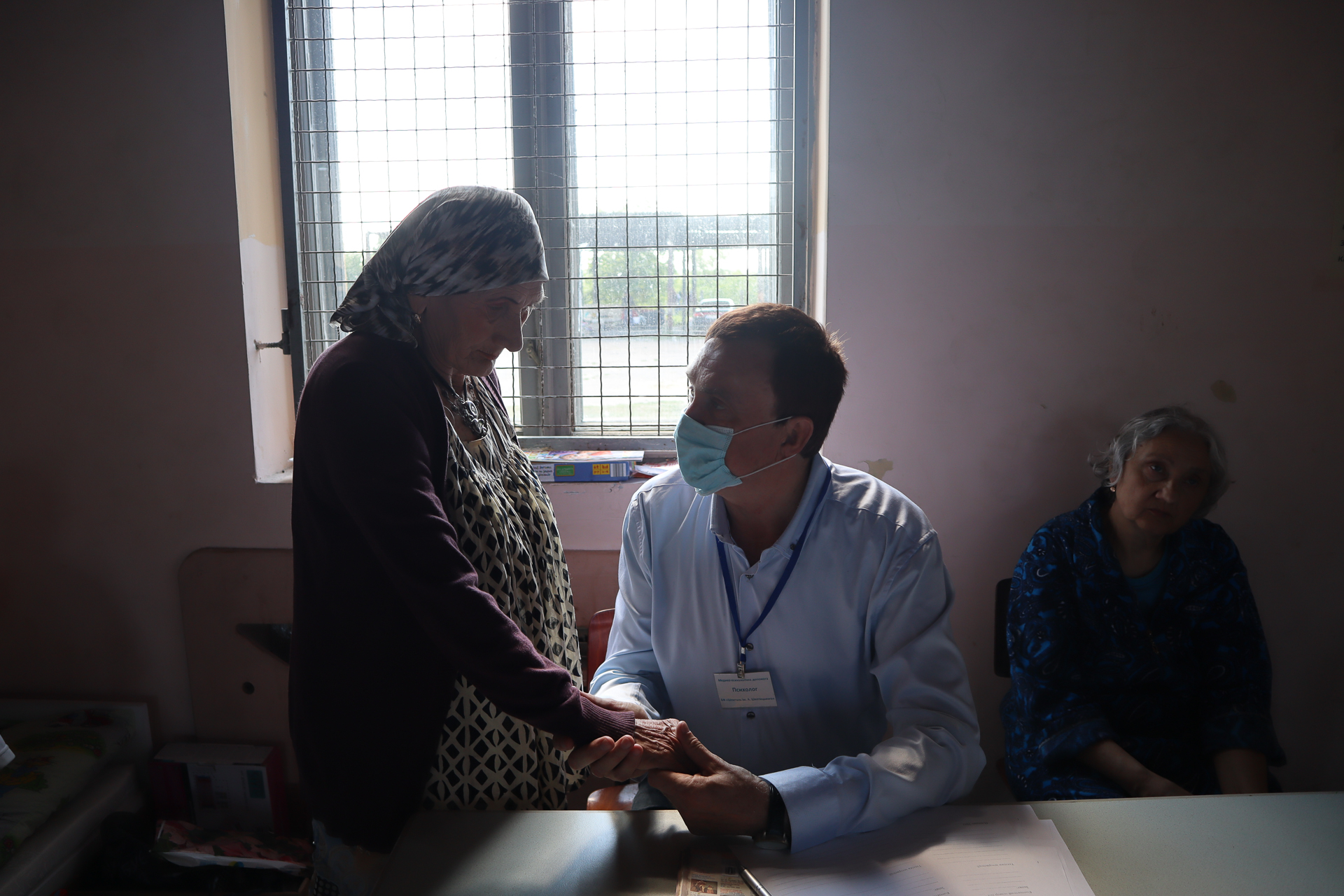 A psychologist comforts a woman at the IDP centre in Lviv Region. Photo: IOM/Alisa Kyrpychova

“The people who are now experiencing their second displacement are usually the ones who refuse to give up, first to volunteer and encouraging others to carry on,” explains Olha.

There is no recipe that works for everyone, but what can help those newly arrived is a change in perspective. Host communities refuse to see those displaced as victims and try to empower them as much as they can, finding opportunities for growth, volunteering, and setting up new routines.

“Everything depends on one’s attitude. Before, we had a narrow family circle, whereas now we have a wide one. We find new things to do every day: take a walk to the lake, go to church, help others,” explains a couple from Kharkiv, who now live with 80 other IDPs in the sports school in Lviv Region. 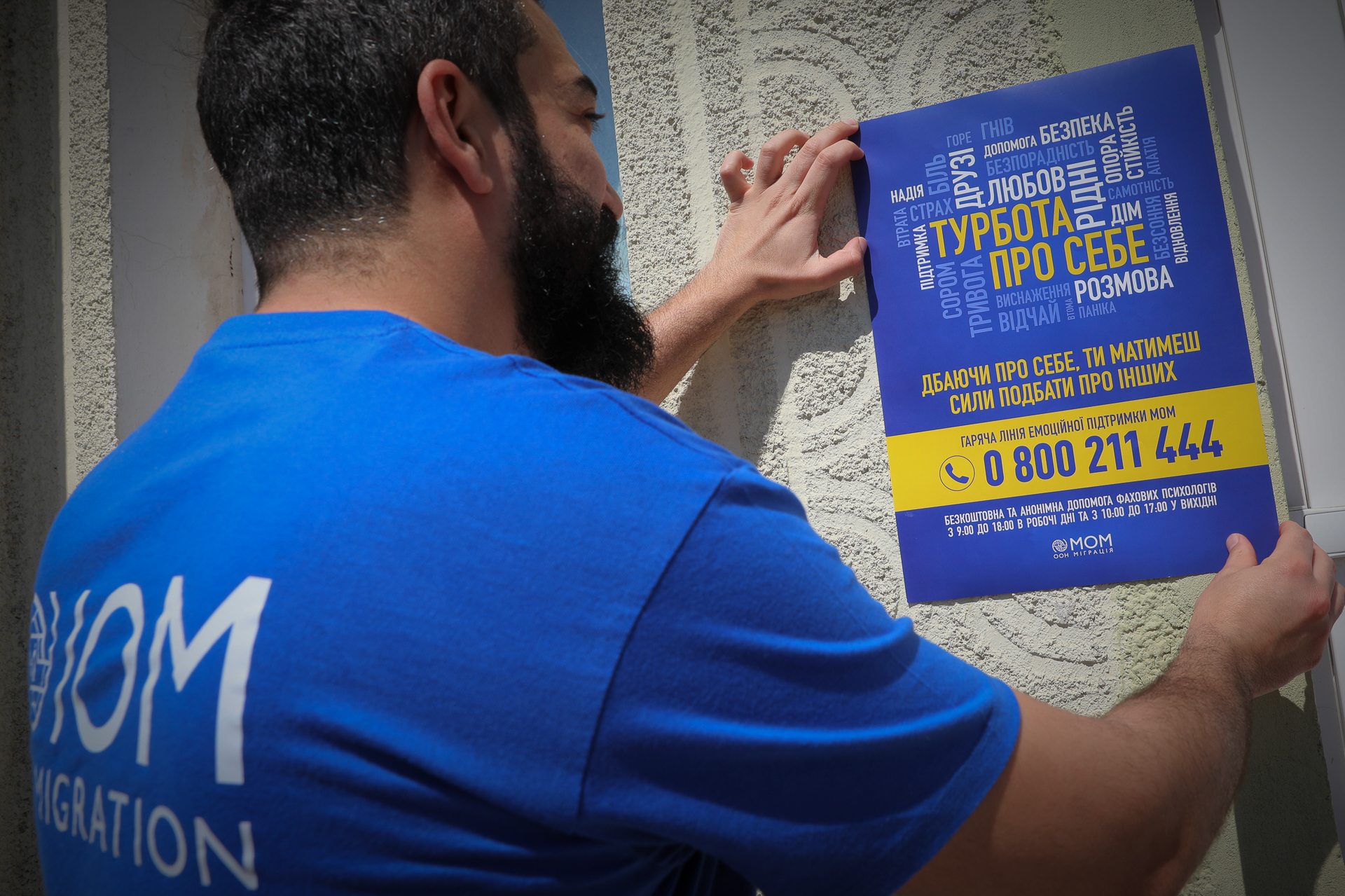 IOM’s MHPSS activities in Ukraine are possible thanks to the support of the European Union, the US Department of State's Bureau of Population, Refugees, and Migration, and the governments of Canada and Japan.

If you have been affected by the war and need support, please call the IOM Emotional Support Hotline.

*Names were changed to ensure confidentiality.