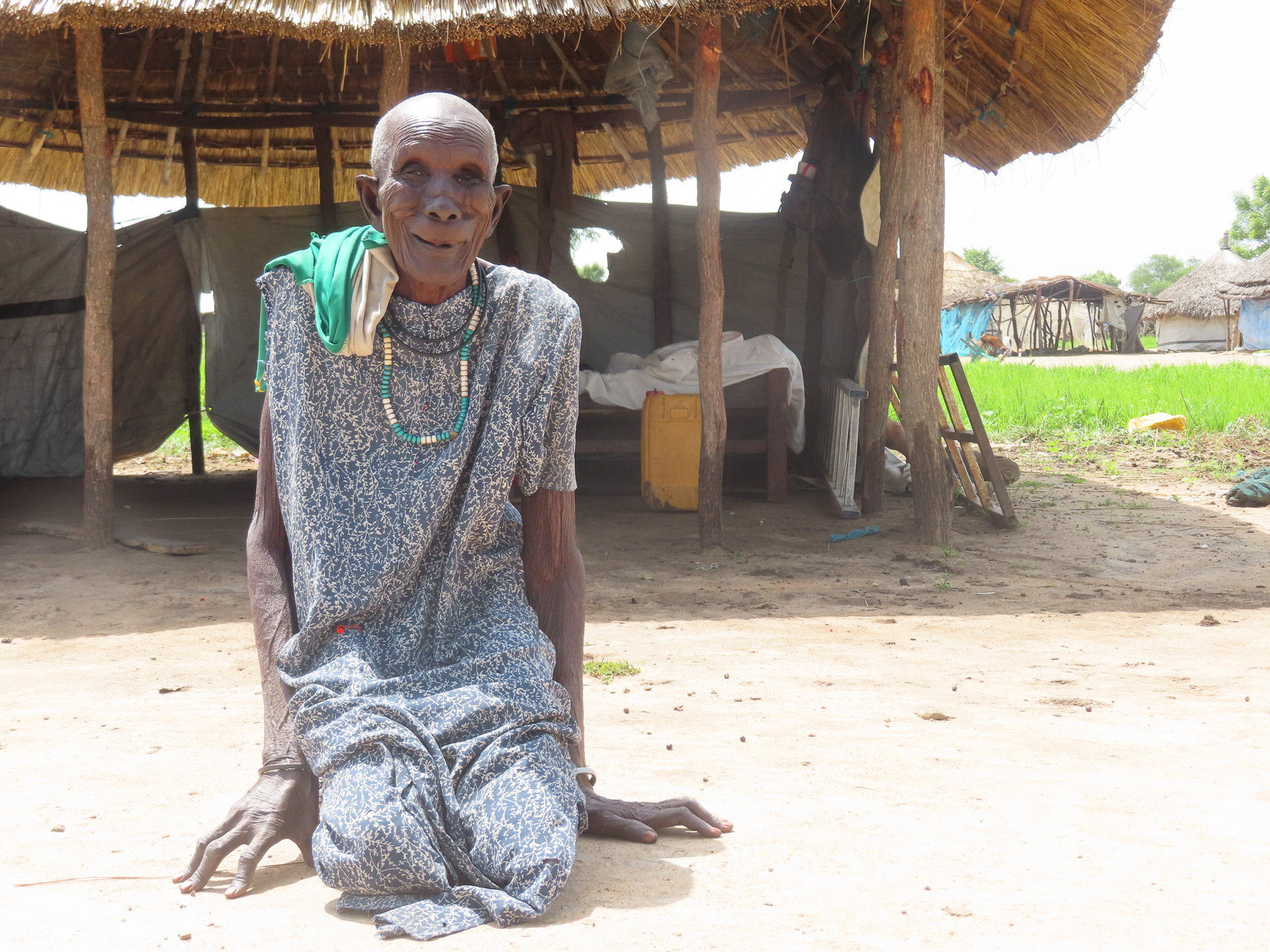 South Sudan, 7 November 2022 – South Sudan’s first decade of independence has been extraordinarily difficult. People in the world’s newest nation have been subjected to civil war and relentless, devastating floods.

Surviving on a daily basis is a feat for each of the country’s 1.7 million displaced people, but blindness makes Alok’s burden of survival unimaginable.

Like so many others, Alok lost everything in 2020 to the flooding in Bor. Even beforehand, she lived in a rukuba, an emergency shelter, with her eight family members. When they fled the rising water, it was often impossible for Alok to walk so her family members would carry her to keep her safe.

In Panapet, Alok’s family managed to construct an emergency shelter. They hoped that the floods would stop but 2021 was no different. “Like most people displaced from Panapet, I prayed and hoped the flooding would subside so that I can stay at my home,” recalls Alok. Her prayers were not answered as she fled once again.

While living in a temporary shelter with other displaced persons, a team from the International Organization for Migration (IOM) in South Sudan visited her family while conducting flood damage and needs assessment. Alok was already aware of IOM’s assistance. “We knew that IOM was protecting the town from floodwater. They engaged local youth to reinforce the dike.” 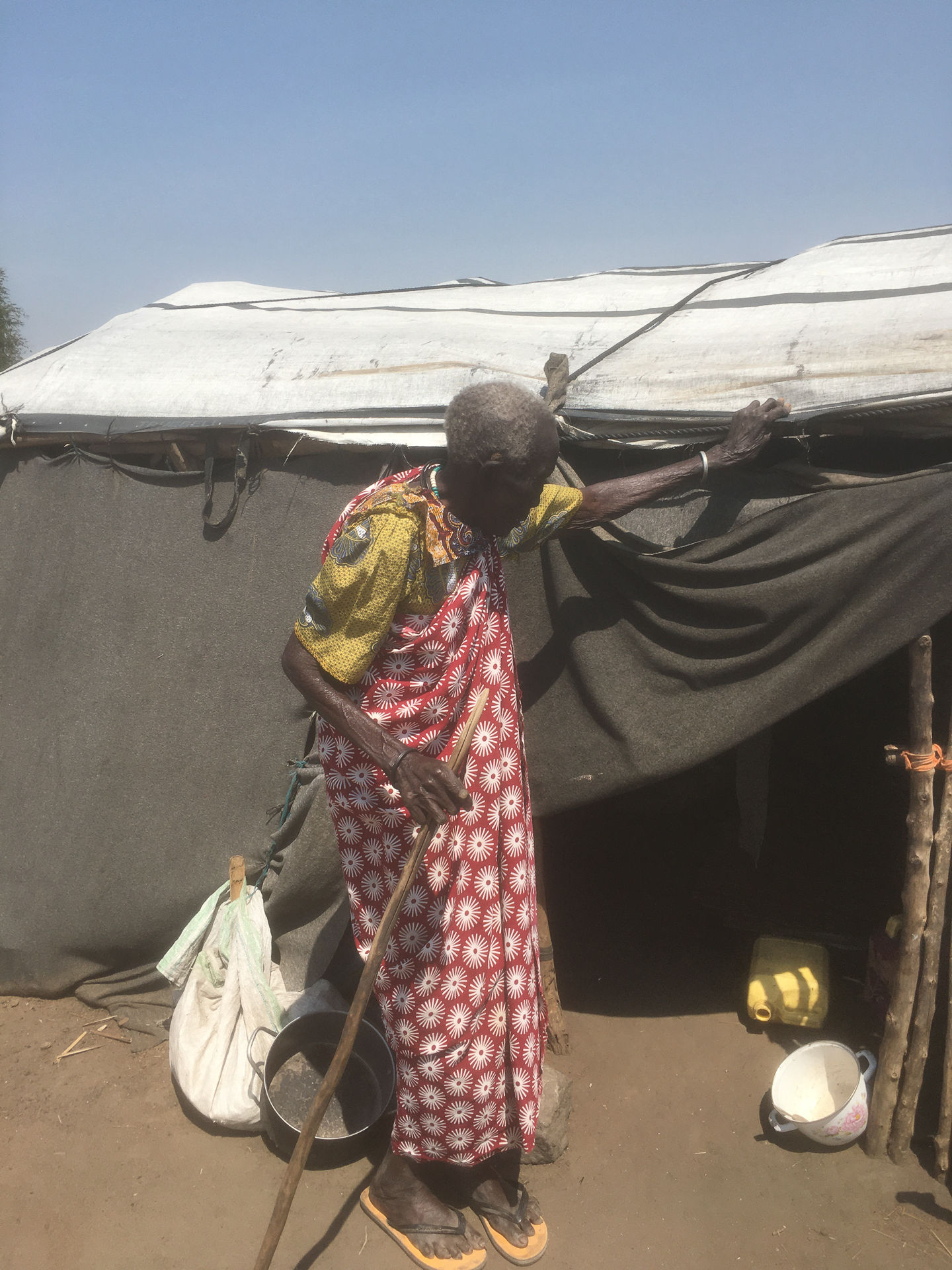 Alok adds that “The IOM team asked about our critical needs during the assessment and sought whether we liked in-kind items or cash. Cash was my obvious choice as I wanted to buy items of my choosing. The IOM team informed us about the date, time, location, and amount of cash I would receive.”

Cash assistance from IOM supported 2,070 returnees in South Sudan, helping the most vulnerable individuals reconstruct their shelter. Without it, there would be no respite from living in camps for internally displaced persons (IDPs).

Alok describes what happened after she went to the IOM distribution centre. “My family was really happy when I received cash. I bought materials to reconstruct our shelter, medicines for myself and saved some for livelihood purposes. We had a plan in mind about how we were going to spend the money. After such a long time, we had food of our choice with sufficient quantity, and we were not relying on friends at least for some time.”

The cash assistance has done even more than provide Alok with a new shelter – it offers the possibility of future income. She says, “My shelter is almost complete with a proper roof. We managed to save some amount and started a small coffee stall. I am hopeful that our small business will thrive with many people returning, and we will be able to meet our emergency food needs. I see my new shelter as a gift from IOM.” 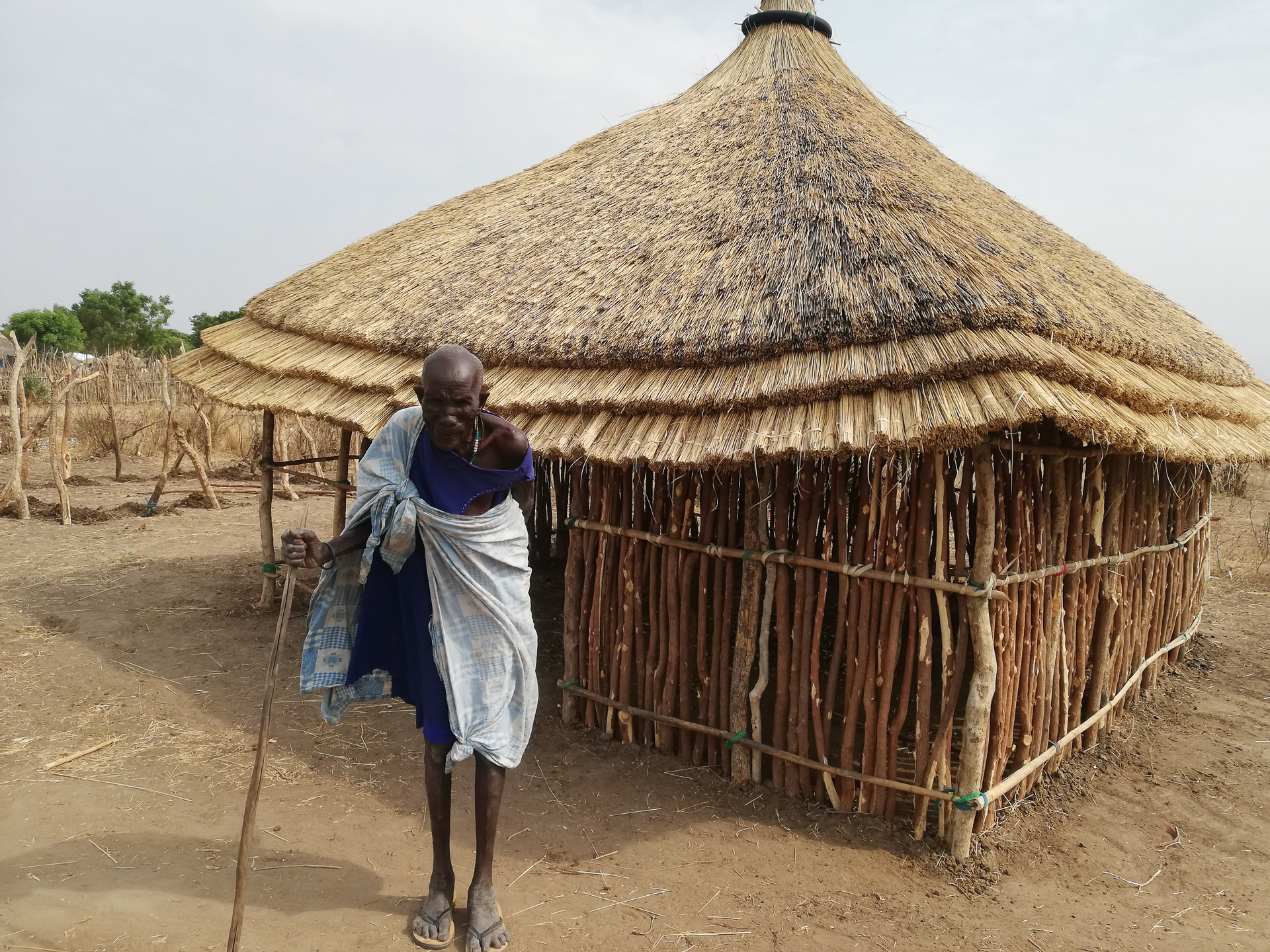 In 2021, IOM South Sudan supported 34,277 conflict- and flood-affected populations across the country with the provision of cash assistance to complement in-kind assistance. In areas where markets are functional, IOM uses cash and voucher modalities to rehabilitate people’s shelters, engage communities to protect key infrastructures from floods, and provide multipurpose cash assistance.

In South Sudan, flood-affected women, children, and persons with disability-headed households reported a decrease in negative coping mechanisms, less reliance on relatives, and reduced borrowing due to cash assistance from IOM.

In 2021, IOM supported close to 1.9 million aid recipients with cash-based interventions across 119 countries. More information can be found on IOM Cash-Based Interventions in the IOM CBI Annual Report and Case Studies 2021.