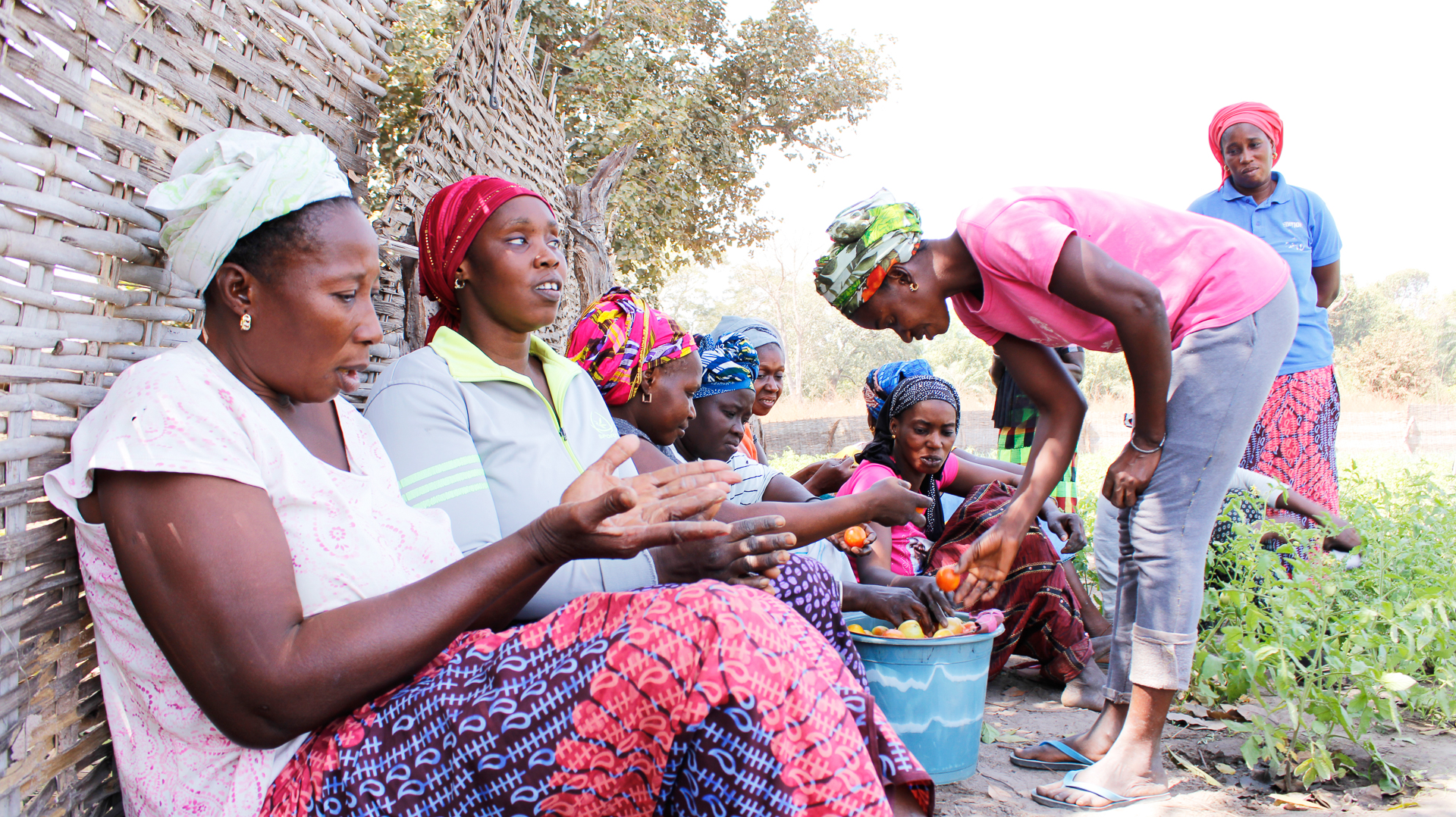 Missirah, 25 April 2022 – About 500 kilometres south-west of Senegal's capital Dakar, a dozen women are watering plants and picking tomatoes in the morning sun. The garden, in Missirah, a village nestled on the banks of the river Casamance, is flourishing with vegetables – tomatoes, onions, aubergines, as well as sesame, are growing in neat rows.

The plot has been not only a source of fresh produce and employment but also cultivated social cohesion since 2019, when two of the founding members returned from Libya. Their hopes of reaching Europe to secure their future and that of their families were dashed in the Mediterranean after failing to make the crossing. The two young men decided to return to their community in 2018 with the assistance of the International Organization for Migration (IOM).

The Casamance region, famous for its tropical vegetation, has not been spared from the effects of climate change. The Kolda region around Missirah is prone to drought and irregular rain patterns, and agriculture is directly impacted by the salinization of arable land and underwater sources, especially in coastal regions due to coastal erosion and rise of sea levels, as well as change in rain patterns affecting underwater sources, and loss of plant diversity. 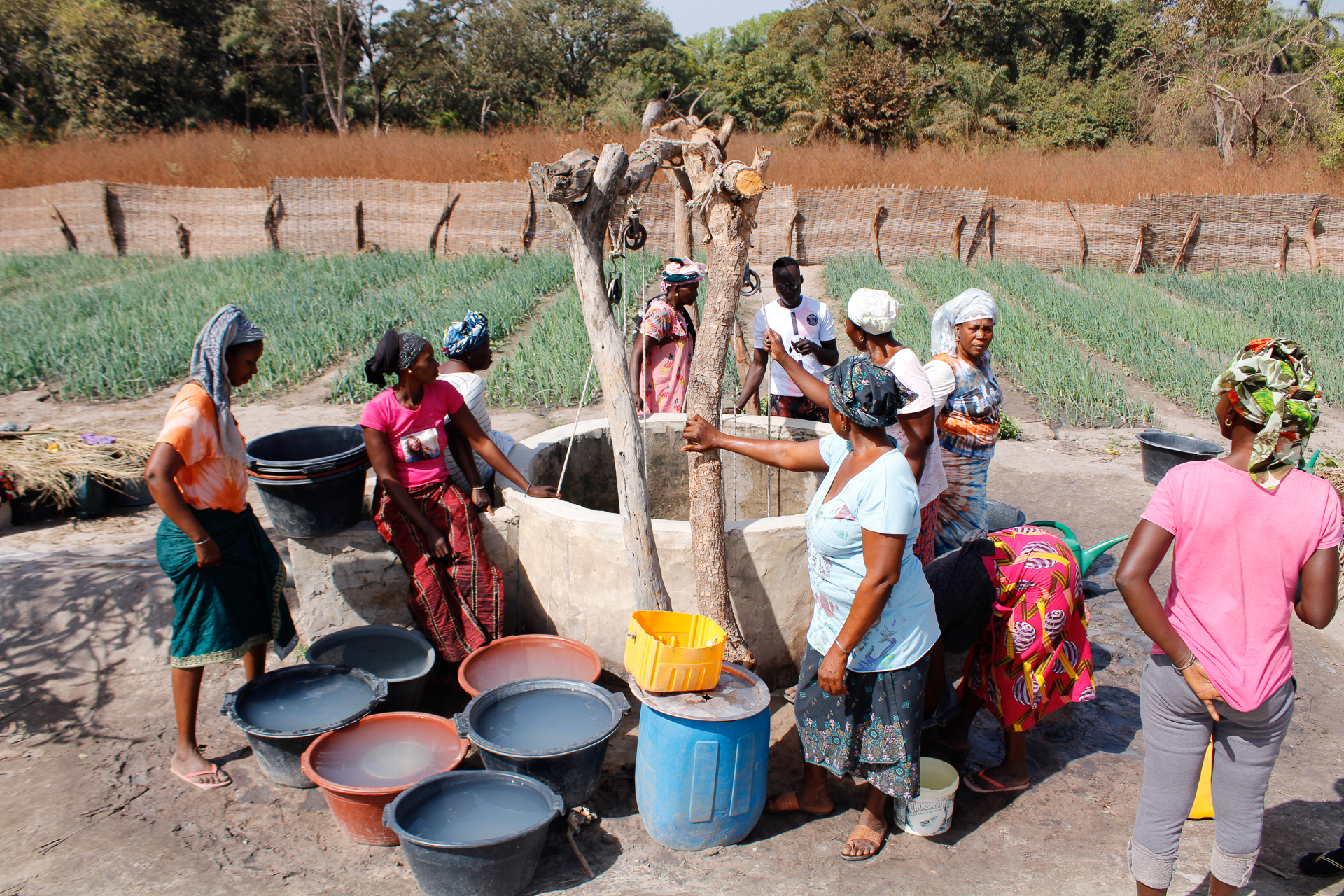 Women are among the most affected: The negative impact of climate change is the loss of a means to provide for their household. Photo: IOM 2022/Alpha Seydi Ba

This community reintegration project integrates agroecological methods, helping to ration water, solar and other energy resources. Having worked in vegetable gardening during their time in Libya, Salif Badji and Manding Tacky mobilized women and elders of the village to join the work in the community garden upon their return. IOM equipped the returnees with technical skills and tools to start their own agroecological project; the plot was set up, a well dug, and a fence built around the perimeter.

Climatic hazards negatively impact the livelihoods and lifestyles of affected communities. Rural exodus and irregular migration are a common coping mechanism, especially for young people who see no opportunities to make ends meet. The region is suffering from a high rate of unemployment with Kolda having the second highest unemployment rate in Senegal (38.8%), followed by Matam (54.2%) in the north-east, well below the national average of 25.7 per cent.

The project also provides community members with sustainable employment opportunities. As many as 40 of them have welcomed the opportunity it has provided. 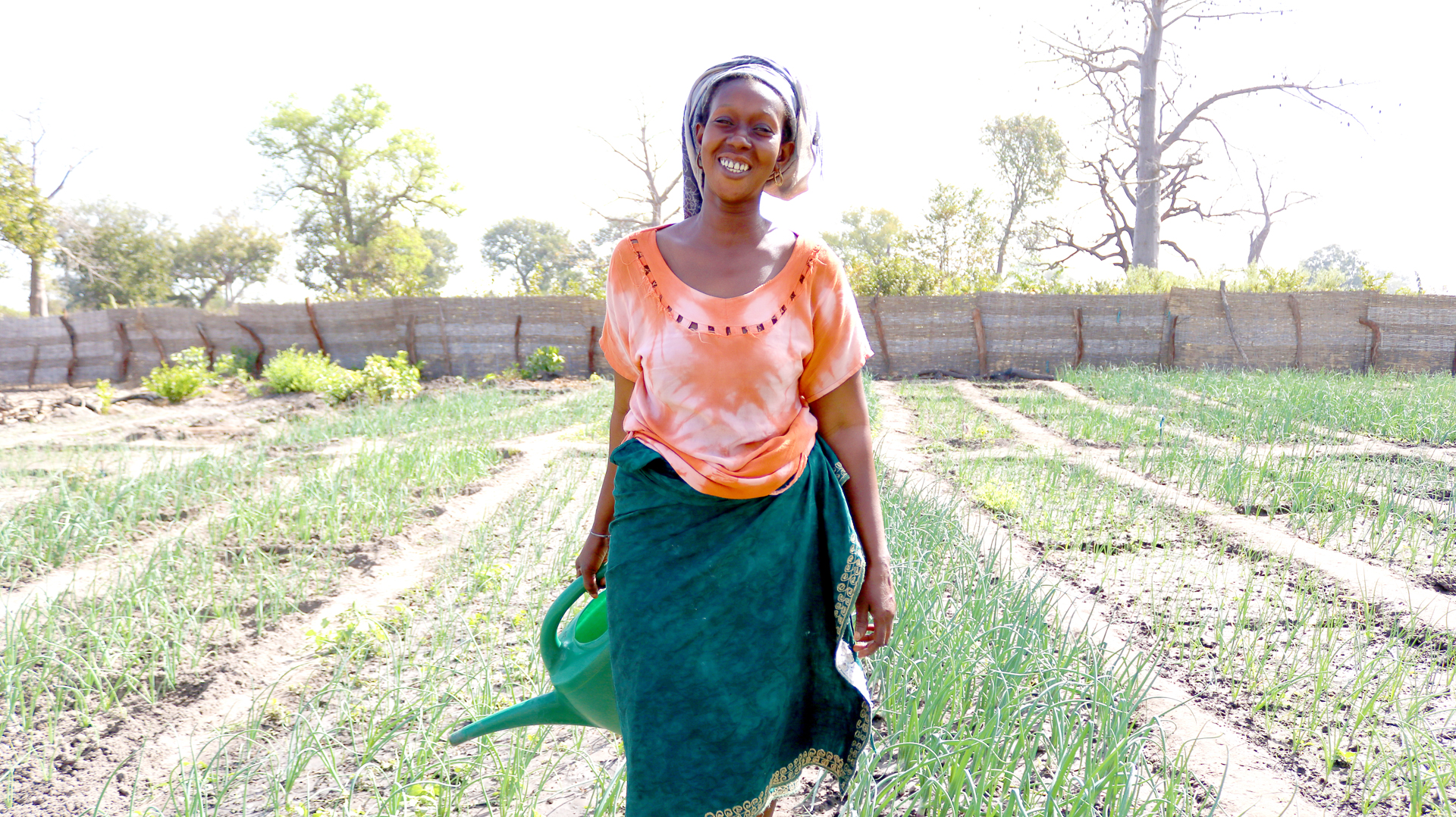 The project strengthens social cohesion and solidarity between the returnees and the community. Photo: IOM 2022/Alpha Seydi Ba

Water scarcity in drought-prone areas has posed a challenge to women in particular. As they primarily work in subsistence farming, the negative impact of climate change on agriculture is not only a loss of livelihood for them, but loss of a means to provide for their households.

“There have been great changes. We can take home all the money we make from working here. We can sell the onions and tomatoes to our neighbours; this has really changed our day-to-day life,” says Yafafe Sadio, one of the village elders.

Fatoumata, a mother of five, has joined the gardening project a year ago. She has been struggling to provide for her family, especially since her husband left for Spain three years ago. He isn’t able to support them yet, which puts the pressure on her to provide for the children on her own. In her allocated row, she grows onions, aubergines and hibiscus plants. “I can buy supplies that will last a long time, like soap to wash the children’s clothes or shoes for the children,” Fatoumata explains how the additional income from selling the produce from the community garden helps her respond to the needs of her family. 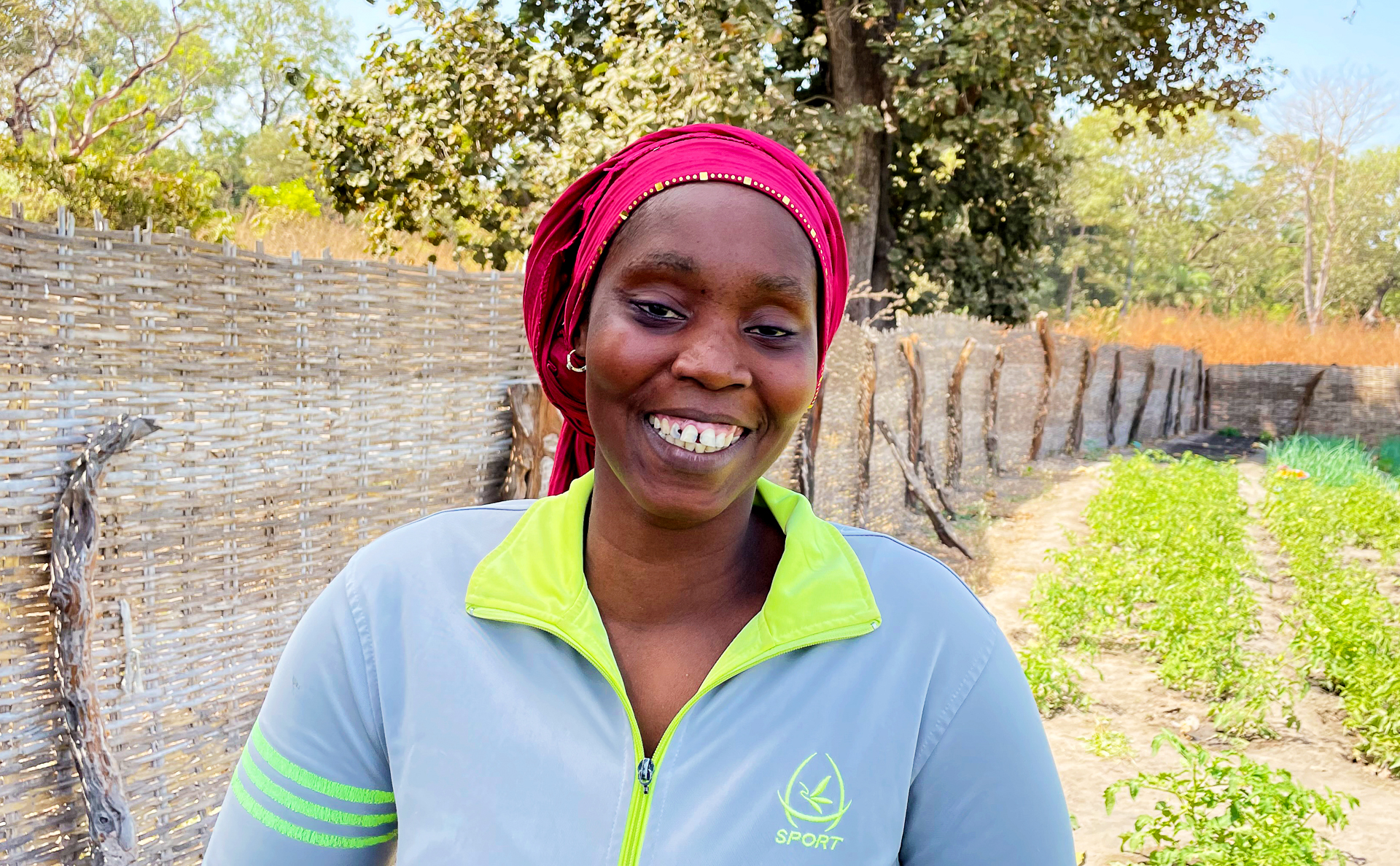 Fatoumata makes enough money from the garden to buy clothes for her children, and stocks. Photo: IOM 2022/Alpha Seydi Ba

Yafafe also praises the secondary impact the project has had on the community. “When Heaven appoints, man must obey. The children went and came back without succeeding but the fact they had this open-mindedness to share the little that they have with us makes us very happy; they are our children.”

The garden activity helped improve the relationship between the community and returning migrants; the sense of failure or shame that returning migrants are often faced with upon return was replaced by a shared sense of pride. The men brought employment opportunities for the whole community, which also enhances the sustainability of their reintegration.

The project has attracted attention beyond the village borders. Women from the neighbouring communities have shown interest in joining. Due to the limited access to water, this plot has reached its capacity, but local partners are scoping out opportunities to replicate the project beyond Missirah.