In the Dangerous Darien Gap, First Responders Are the Difference Between Life and Death 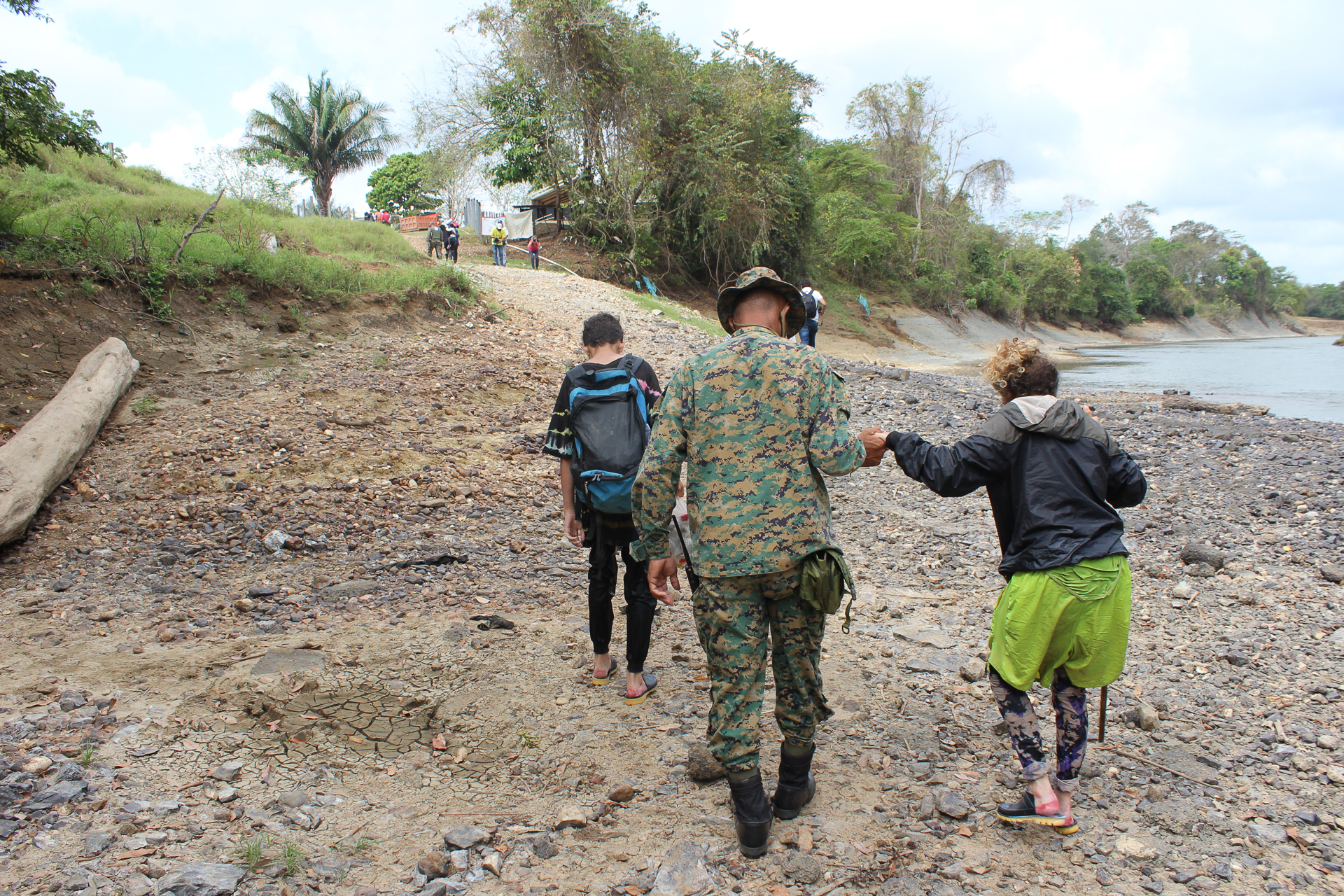 A USFROH officer assists a migrant arriving at a Migrant Reception Station (ERM, in Spanish) at Lajas Blancas, Panama. Migrants reach this point after traveling in a canoe from the Bajo Chiquito indigenous community, the first village they reach after trekking the dangerous Darien jungle. Photo: IOM/José Espinosa Bilgray

Bajo Chiquito, 10 June 2022 – "If you slow down, you die," say those who have crossed the dangerous Darien Gap by foot. That was clear to Mariana and her husband Nelson*, both from Venezuela, as they transverse the 5,000-square-kilometer mountainous jungle that separates Colombia from Panama alongside other migrants.

When Mariana fell and broke her left leg on one of the many steep, muddy hills along the trail, they feared for their lives.

The other migrants in the group had to move forward with the guides, leaving the couple alone. As best as he could, Nelson helped his wife until they reached a small beach popularly known as “The Y”, a name drawn from it being a convergence point for two rivers.

The rest of the group arrived days later in Bajo Chiquito, an indigenous town, where they were met by officers from the Humanitarian Border Security Unit (USFROH, in Spanish), which is part of Panama's National Border Service (SENAFRONT, in Spanish). The migrants alerted these migration officers specialized in humanitarian care and rescue about the woman with the broken leg and her husband, who had been left in the jungle.

Six officers entered the mangrove and, after two days of searching, found the couple on the beach. Mariana says that after treating her, the officers prepared a meal for them to eat. "After three days without food, it tasted like glory," she says. The USFROH officers camped with them that night and the next morning, took turns carrying them across seven kilometers of hills to Bajo Chiquito. 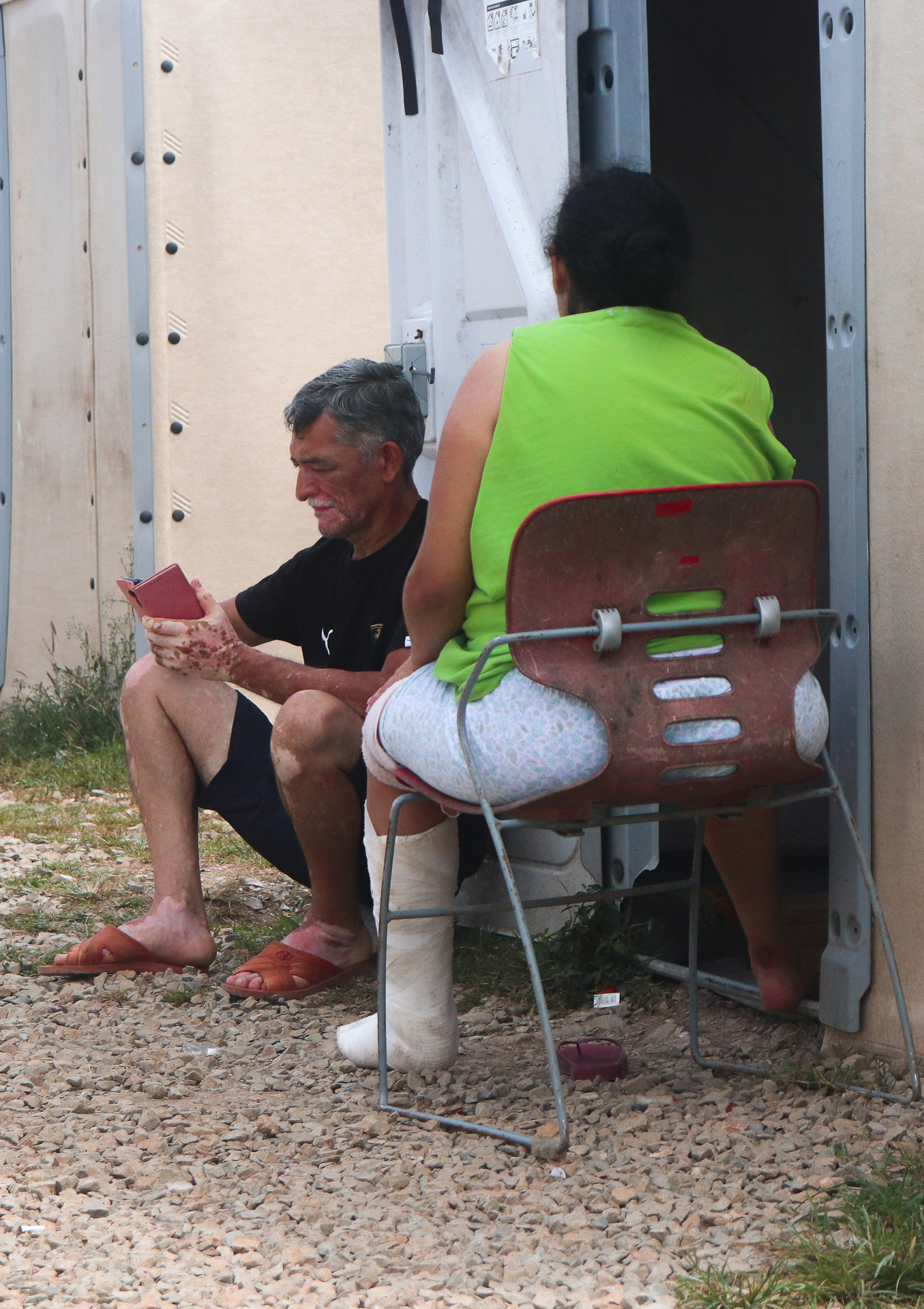 Mariana fell and broke her left leg on one of the many steep, muddy hills along the trail traversing the Darien Gap. USFROH officers rescued her and her husband after several days stranded in the jungle between Colombia and Panama. Photo: IOM/Magda de Gracia

Border control in Panama is a challenge because of the vast jungle. Along the border, there are several access points that compromise the safety of migrants crossing and are known to criminal groups that also operate through the jungle.

In order to combat crime and protect the lives of migrants on this route, the Panamanian government established the USFROH. This unit, created on 19 April 2021, has established itself as the humanitarian arm of SENAFRONT and constantly provides security to migrants through preventive patrols, provision of first aid, rescue and location of people lost in the jungle and humanitarian assistance.

USFROH was established after a joint training process between the International Organization for Migration (IOM) and SENAFRONT, with the support of the Human Mobility Group of the United Nations System in Panama.

“I took the seminar to join USFROH because, as you can see, the displacement of migrants is quite important,” explains Lieutenant Minguito Lino. “We welcome them, we help with the transfer to the hospital, we assist the communities, we guarantee the proper treatment of children and the elderly." 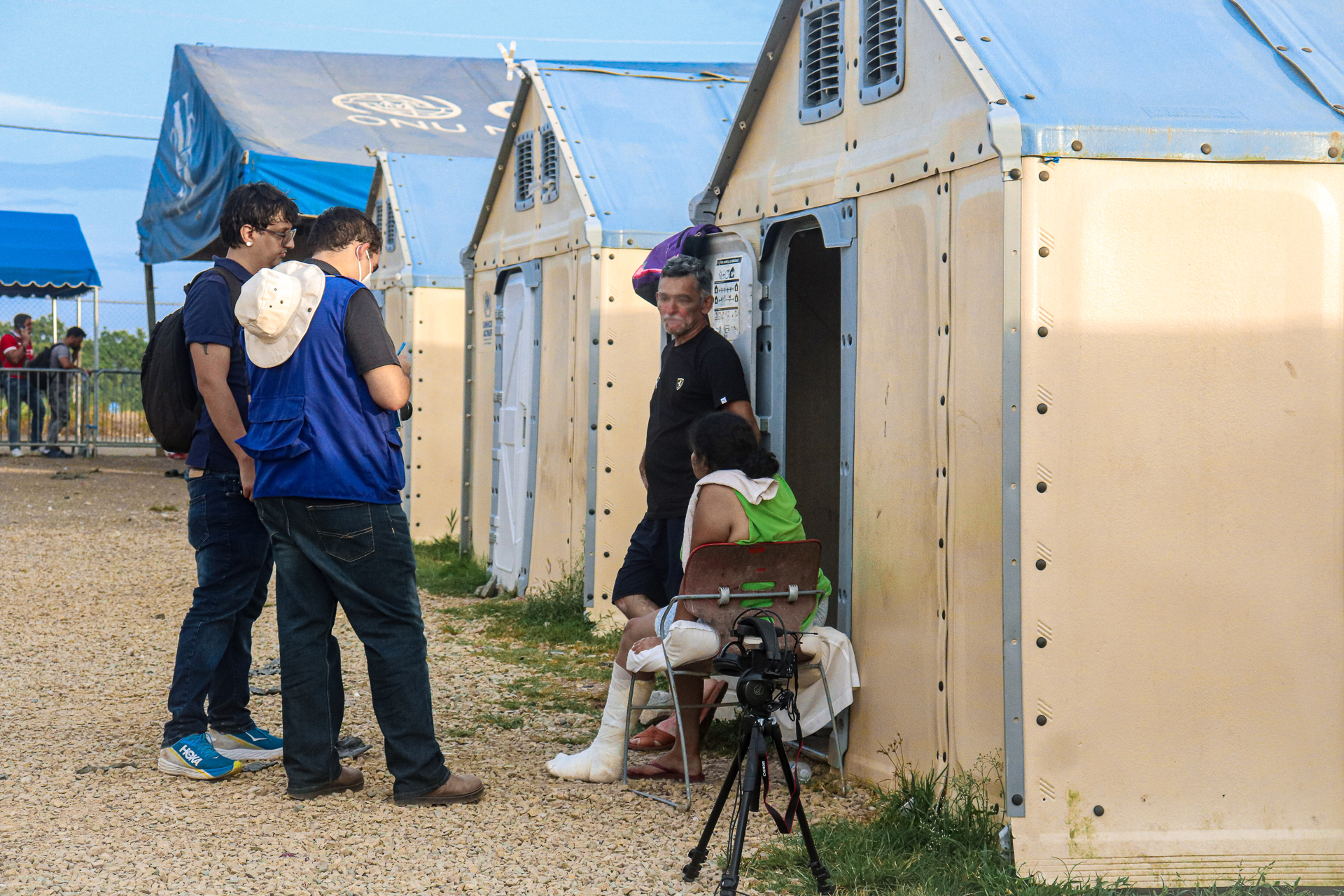 Mariana fell and broke her left leg on one of the many steep, muddy hills along the trail traversing the Darien Gap. USFROH officers rescued her and her husband after several days stranded in the jungle between Colombia and Panama. Photo: IOM/Magda de Gracia

Lieutenant Lino has 26 years of experience in the police force and is part of the first 150 members of the USFROH.

"It is very important, and I still have to learn more. In the past, we used to see when they arrived, and we lacked knowledge of their reality. Not anymore, now we have the knowledge," he says about the training they received.

During 2021, in just one month, Lieutenant Lino and his team assisted 2,300 migrants who arrived in Bajo Chiquito.

*Mariana and Nelson's names have been changed to protect their identity.