After a tough migration experience, the couple are back at home with their family.

Poverty, unemployment, and lack of access to basic services have pushed over 700,000 citizens of the Central Asian republic of Kyrgyzstan to migrate in search of better lives. Most go to the Russian Federation or Kazakhstan, but some travel farther afield, to Southeast Asia, Europe and beyond.

Each has a unique story. Some are simply looking for a chance to make enough money to secure a better future for themselves or their children. Others seek protection from persecution through migration because vulnerability and poverty are so intertwined that it becomes impossible to separate them.

Here’s the story of a Kyrgyz family who risked everything so that they could send their children to school. 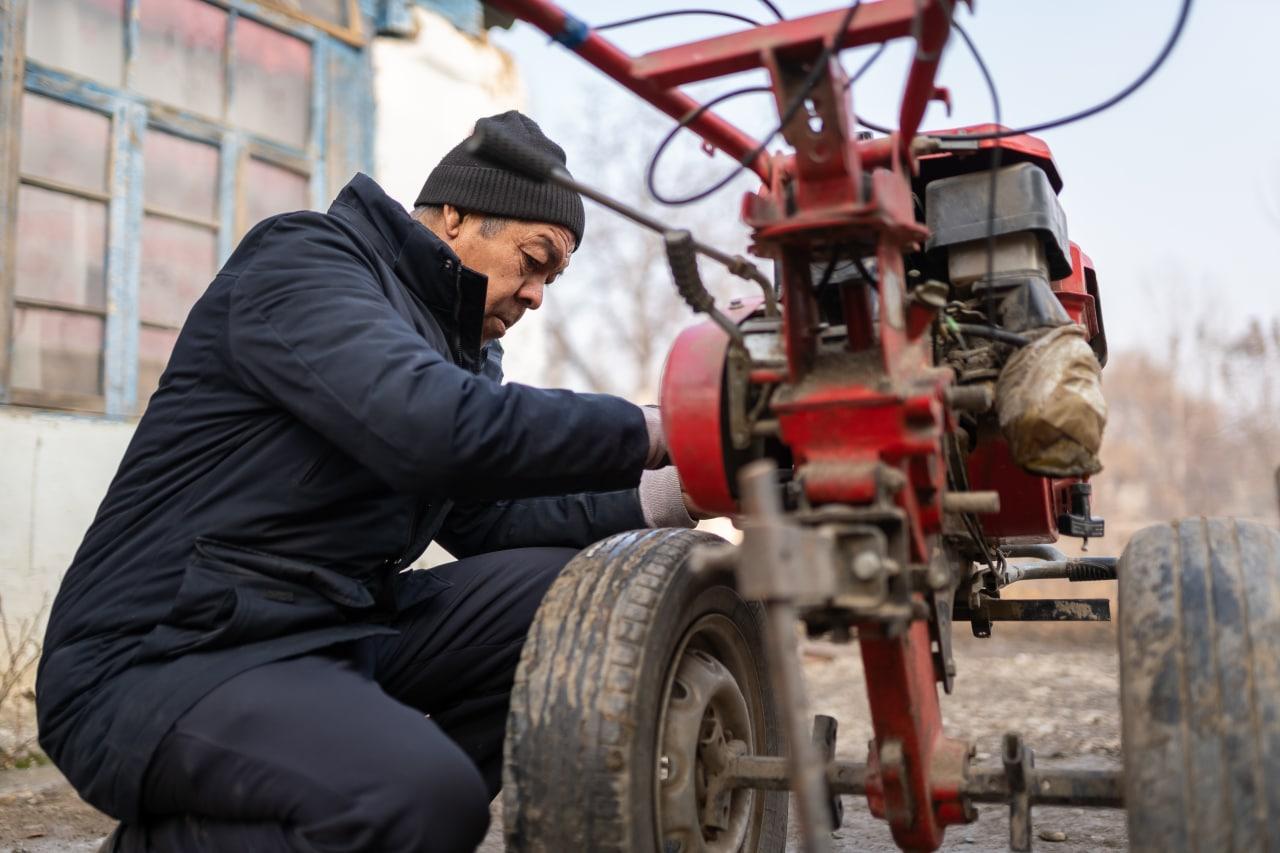 Asanbai received a cultivator from IOM to cultivate his land, which allows him to earn money to send his children to school, cover utilities, and put food on the table.

Sanobar, 51, and her husband Asanbai, 52, have six children, and come from a remote village in the Aravan region in southern Kyrgyzstan. To provide a better future for their family, the couple, with their eldest daughter, decided to migrate to the Russian Federation, leaving the five youngest children with a relative to look after them until their return.

They joined the 50,000 nationals who migrate every year, according to the State Migration Service.

When they were in the Russian Federation, a stranger who claimed to be from the same village as them offered them work. He then brought them to a farm where they looked after 70 sheep, two horses and six cows, and grew vegetables. The family lived in a cold shed with the livestock, and as a result, got sick very often.

“That year, the winter came earlier, and the field of carrots, cabbages, and other vegetables were covered by snow,” remembers Sanobar. “The exploiter forced other slaves and us to pick vegetables with our bare hands.” 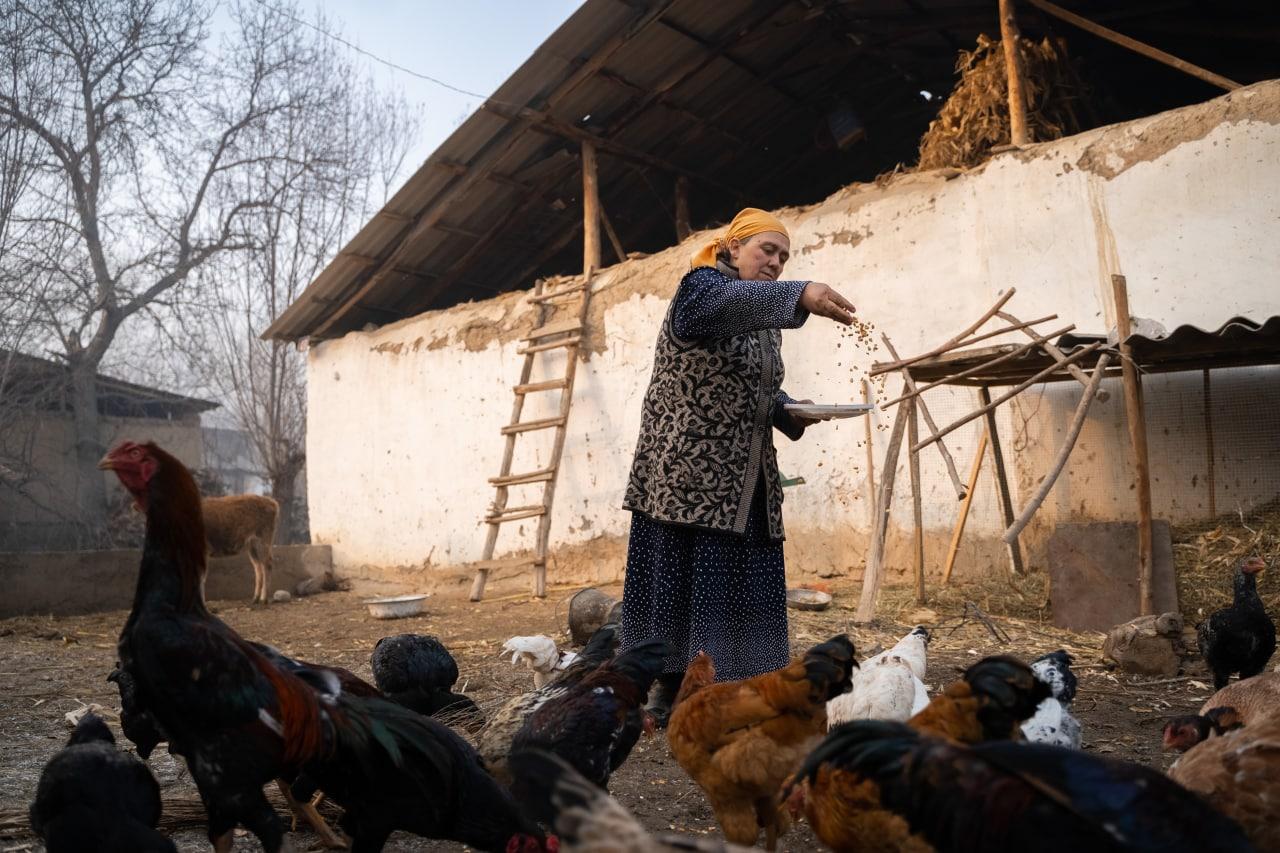 “We are trying our best to make a business here back home through cultivating our land and selling the products we harvest. We want to be closer to our children and be home together as a family,” says Sanobar.

One day, Sanobar and her family escaped and fled to another farm nearby.

“We wanted to go back home, but we had no money so we started working on the field in the neighbouring village after we escaped. Our job was similar to the previous one, equally difficult, but at least we were paid. We saved up a bit, and we flew back to Kyrgyzstan.”

Sanobar and her family came back to their village and sought assistance from the International Organization for Migration (IOM) for reintegration. 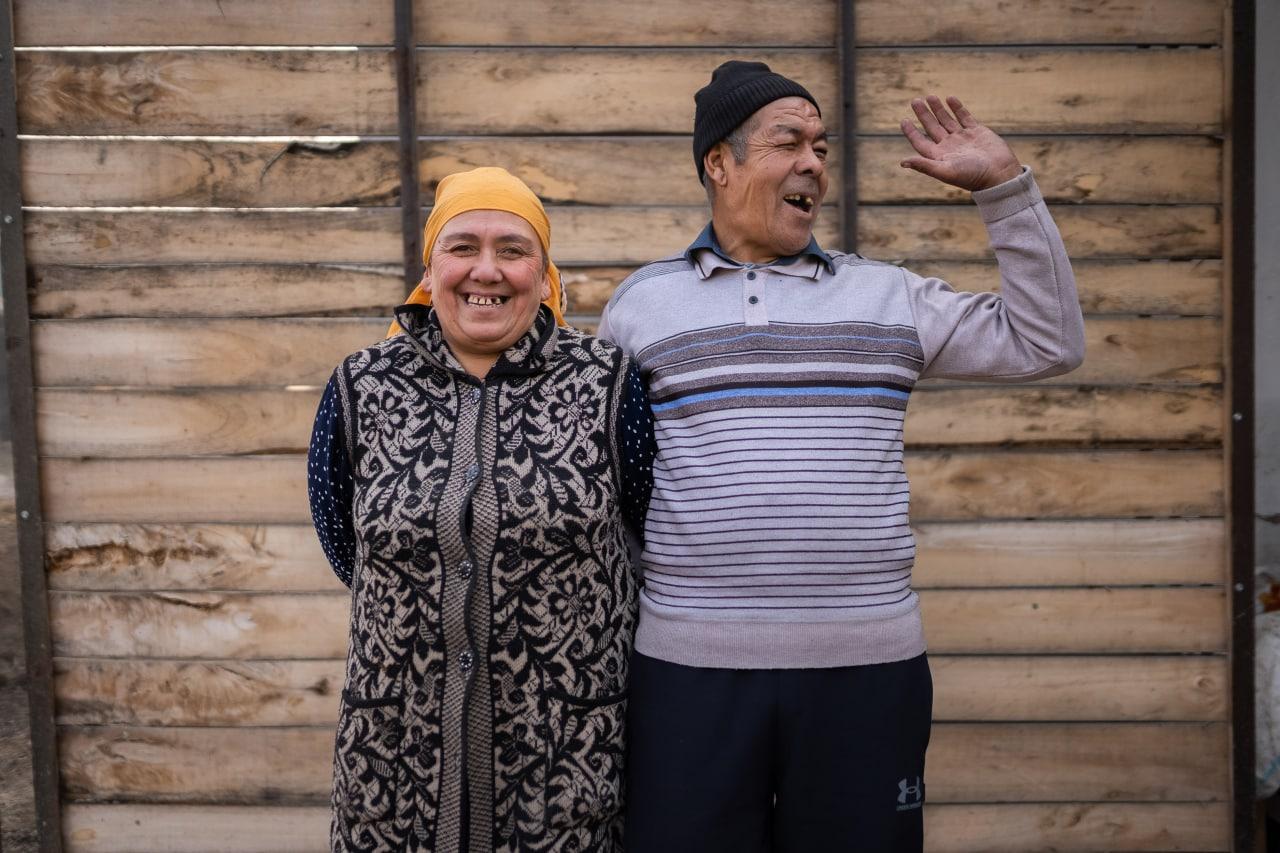 Sanobar, 51, and her husband Asanbai, 52, joined the 50,000 Kyrgyz nationals who migrate every year in search of work.

IOM assessed their case and, in consultation with the family, planned an assistance package including psychological support, clothes, food and equipment to cultivate their land.

“We are trying our best to make a business here back home through cultivating our land and selling the products we harvest. We want to be closer to our children and be home together as a family,” she says.