Slimane is a Ghanaian with a mental disorder and physical disabilities. He is hosted at IOM’s Aigle transit centre for men in Niamey. Photo: IOM/Aïssatou Sy

Emerging from Hosanna, a Land of Hope in a Troubled Mind

Niamey, 8 Oct 2021 – With a paintbrush in his hand, Slimane (not his real name) begins to sketch. When asked what he is drawing, he replies shyly, "I am painting the flag of my country, Hosanna."

Hosanna, a Hebrew word often translated as "please save us", symbolizes the city of Jerusalem for Slimane. It is an imaginary country where he lives by himself with no friends or family. It's his private world that he keeps away from everybody. Where is it located? "Up in the sky," he says. "Hosanna is a prayer for beauty; I live there," he adds.

Slimane is a young Ghanaian in his thirties. He has a mental disorder and a psychosocial disability. He gets around using his arms in a wheelchair. Slimane is also physically disabled; he lost the use of his legs. 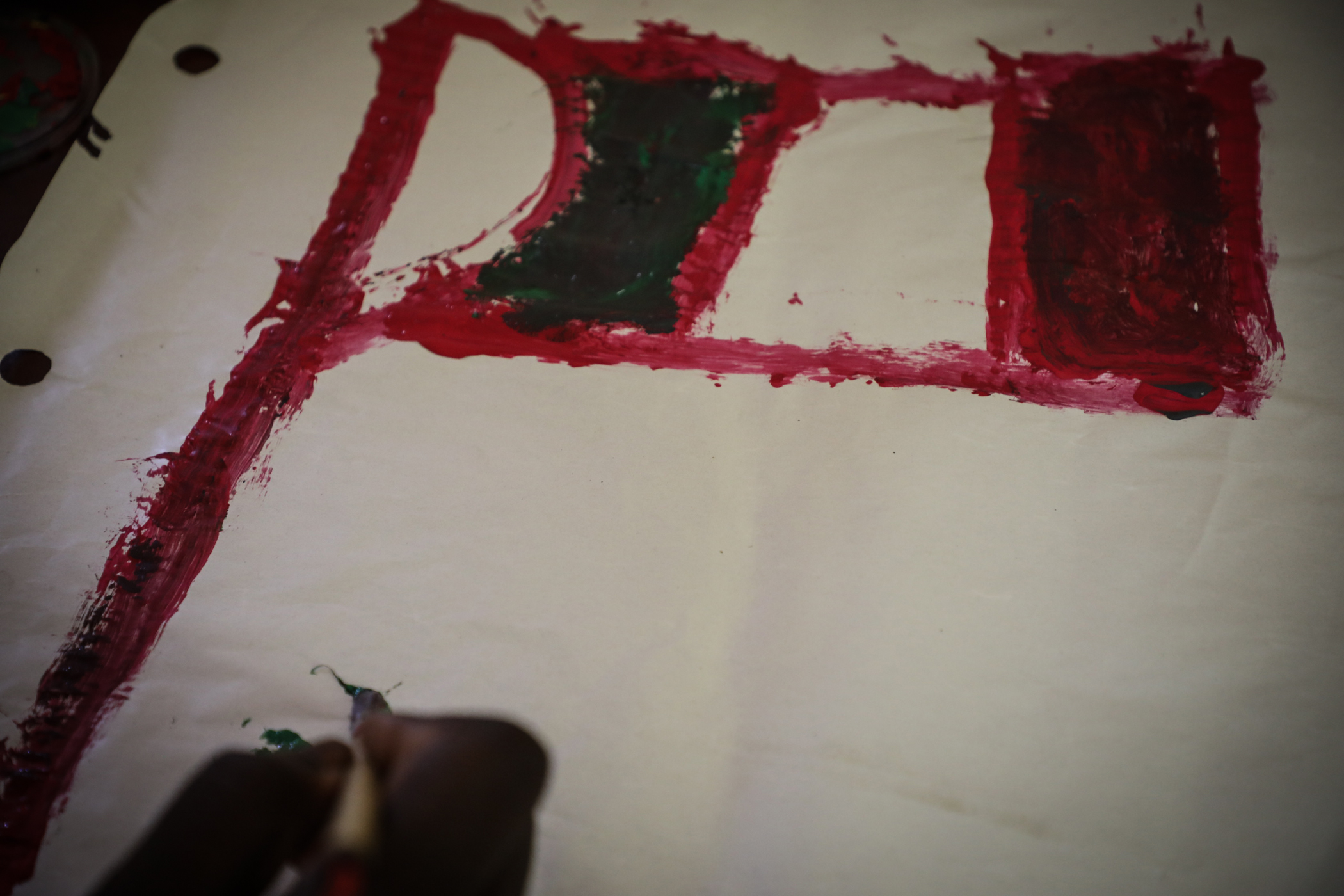 Slimane is currently hosted in a transit centre in Niamey. Transit centres are facilities where IOM provides direct assistance to migrants and which are open and voluntary for migrants while they wait for their return to their country of origin. When asked how long he has stayed in the centre, he says one month.

He has been there for much longer, for over a year. He was referred to the International Organization for Migration (IOM) in Arlit by Doctors without Borders (MSF) in April 2020. From Arlit, he was transferred to the Aigle transit centre in Niamey via Agadez.

As he explains feeling more comfortable, Slimane starts to reveal himself.

"I come from America. I got two jobs there. One of them was a mason," he says. According to him, he walked from the United States to reach Guinea on foot before going to Senegal and Nigeria. He has fleeting memories of his journey and does not remember how he arrived in Niger; all he remembers is that he "left Americas because he was promised a job".

"I met Slimane in August 2020. He was in a medical observation room. I would drop by to see if it was only medical assistance he needed. I started to have conversations with him. His language was not clear, there was a visibly high level of stress, there was a sense of stigma, of abandonment," says Seydou Hamadou, IOM's psychologist in the Aigle transit centre.

Slimane prefers to sleep all day and watch television. He isolates himself and does not socialize with others. "I don't have friends because they are not spiritual like me," he says. 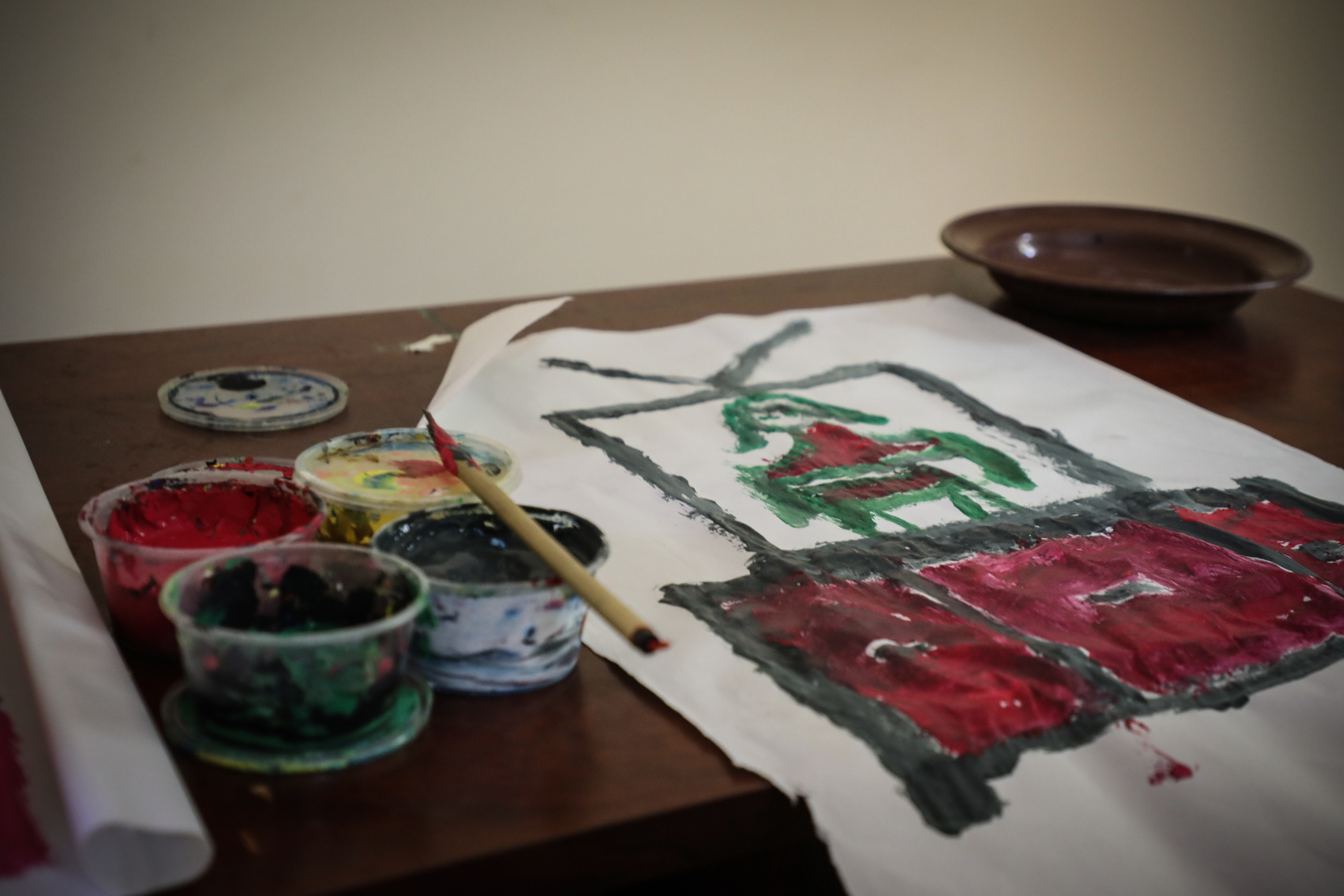 During the art therapy session, Slimane also drew a television and said he loved to watch TV. Photo: IOM/Aïssatou Sy

“He likes to participate in individual activities such as art therapy. That is what we use to communicate with him,” says Seydou. “He also likes watching television or sleeping under a tree in the courtyard. We often organize group outings that he also likes to take part in.”

When asked if he wants to return home, Slimane replies, "Yes. I don't know what I will do when I go back home. I just want to go, but I have no legs to do so."

At first, Slimane's situation was very worrying. No one knew his real name, country of origin, or itinerary, and IOM had no information to trace his relatives. He was also in mental distress and needed increased attention from psychiatrists and psychologists. The hypothesis from clinical experts is that he was probably born physically disabled or that it happened to him when he was a child.

In April 2021, IOM brought together medical staff, nurses, protection, and mental health and psychosocial support (MHPSS) staff in a bid to trace Slimane's history to better plan holistic assistance and find his family.

There was a rumour among migrants at the centre that a woman took him to Algeria to beg. He speaks English, so he is probably from one of West Africa’s English-speaking countries.

That is all the information the team had about Slimane. It was not enough to find his relatives. They decided to focus on the psychiatric treatment and the psychosocial support he was receiving, hoping his memory would come back.

The day Slimane was caught speaking Ashanti with Ghanaian migrants in the centre offered the first solid lead. IOM Niger contacted colleagues from IOM Ghana to ask for their assistance.

Meanwhile, Slimane was slowly getting involved in recreational activities. IOM organized outings with him and the association of disabled persons in Niger and he started to open up to his friends. There were a few Ashanti-speaking members within the association and eventually he mentioned a market in Accra and a neighbourhood where he could have spent some time of his life. 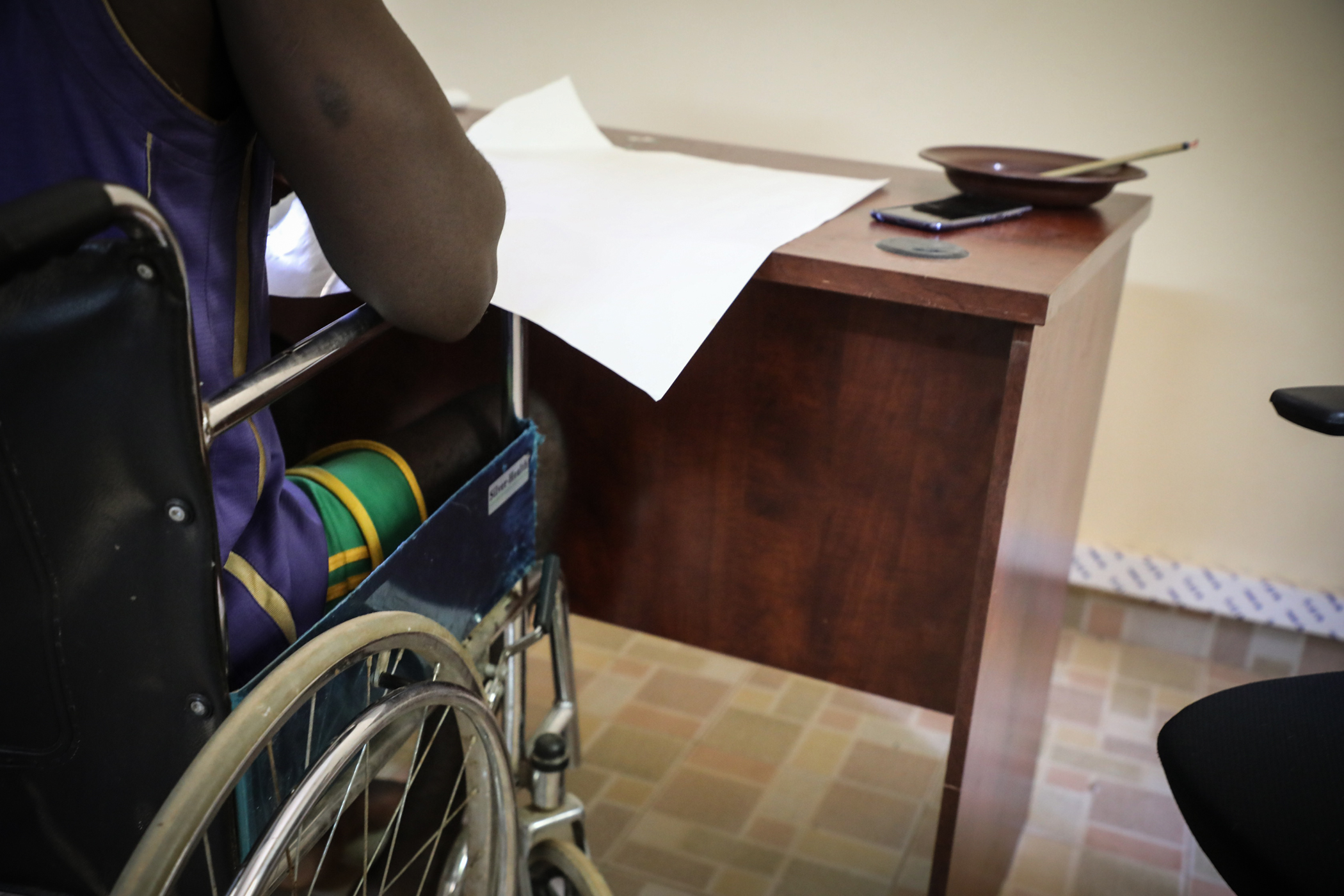 The family explained that he left Ghana nine years ago, standing solidly on both legs. He was very different from the man in the photo. He was a mason, and they described him as a "giant". They had no news of him and thought he was dead. They also don't know why he left, nor what his destination was.

In the following days, IOM organized a call between Slimane and his relatives. It was emotional. His uncle volunteered to accommodate him when he returns to Accra.

"Only God knows what happened to him when he left the country," said his uncle.

Manon Dos Santos, IOM Niger's Protection and MHPSS Officer, says Slimane has always said he wanted to go back home, even though he talked about Jerusalem or the US as his home.

“We will now help him to join his relatives and help him realize that this ‘home’ is not the imaginary world he has created for himself.

"We will accompany him in this process of return, particularly from a psychosocial perspective. Our only concern is that his family is not able to welcome him in the best conditions due to his reduced mobility. We are working closely with our colleagues in Ghana to ensure that his disability is taken into account in his reintegration," Manon says. This includes adapting the spaces that he will use frequently for his wheelchair.

Barbara Rijks, IOM's Chief of Mission in Niger, says this mental health approach complements other types of assistance vulnerable migrants receive after their distressing journeys. “It is important to provide individualized mental health care, tailored to the needs of migrants and that takes into account their social background and their personality."

MHPSS activities in IOM’s centres and Slimane's individualized support are made possible thanks to funding from the European Union's Emergency Trust Fund for Africa through the EU-IOM Joint Initiative for Migrant Protection and Reintegration, the Government of Italy and the Kingdom of the Netherlands.