“Everyone Wants to Succeed”: Creating Sustainable Alternatives to Irregular Migration in Senegal 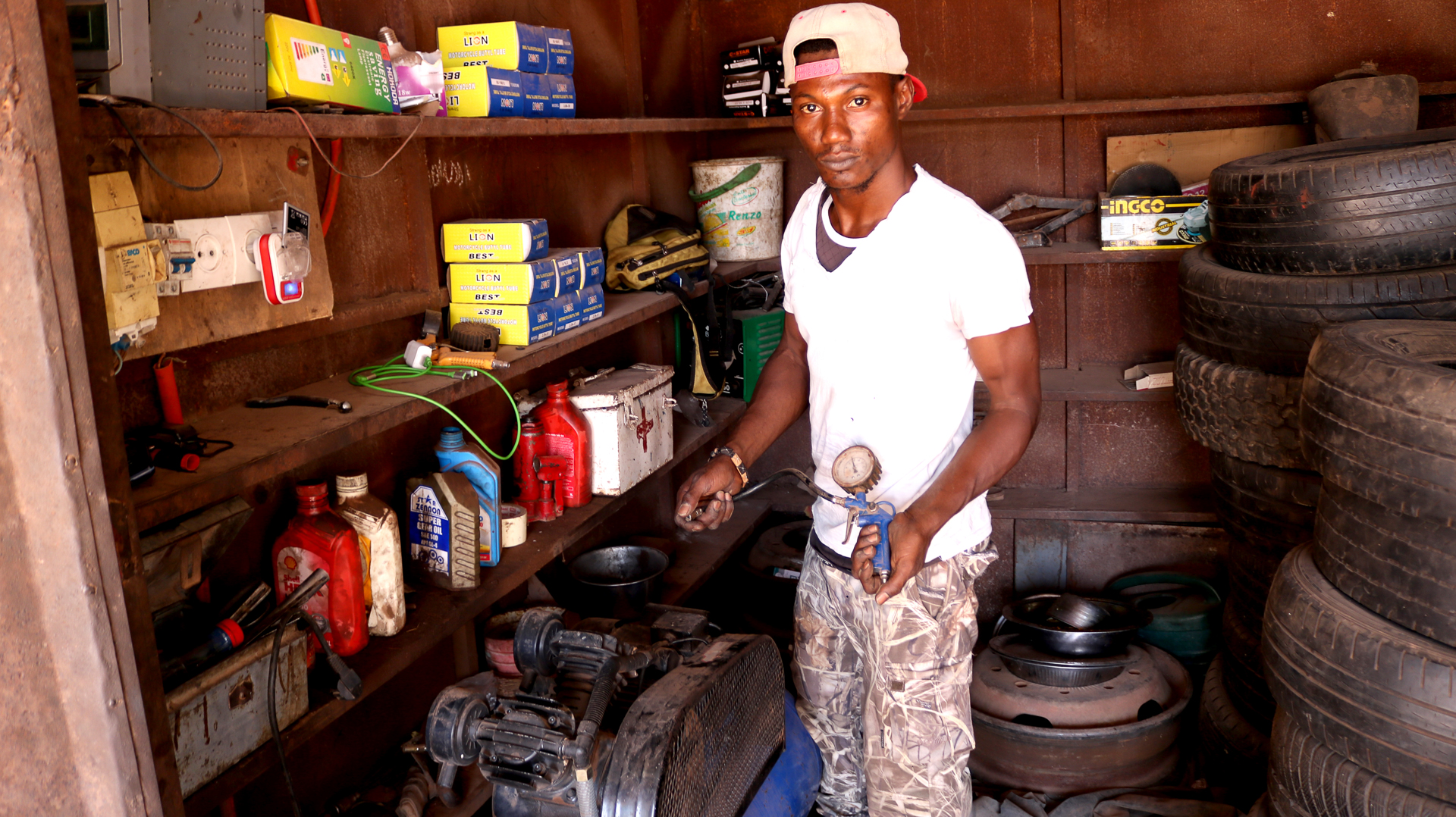 Vélingara, 27 June 2022 – In Vélingara, a rural town along Senegal’s southern highway, 570 kilometres south of the capital Dakar, 33-year-old Ousmane Diallo runs a successful tyre business. The shop is his pride and seeing it fully stocked fills his heart with joy – seven years ago this was not the reality for the trained mechanic.

Driven by lack of employment and encouraged by stories of friends who managed to reach Europe, he followed suit in 2015, and embarked on a journey that ended in Libya. After continuous maltreatment, exploitation, multiple unsuccessful attempts to cross the Mediterranean to reach European shores, and three incarcerations, he returned to Senegal a year later with the help of the International Organization for Migration (IOM).

“You won’t find a single young person today who is lazy, everyone wants to succeed,” explains Ousmane.

Unemployment among youth represents one of the greatest global challenges. Young people struggle to find jobs and are more likely (than those aged 25 and above) to be unemployed. Although progress has been made in reducing rates of working poverty, the share of the working poor remains stubbornly high in sub-Saharan Africa.

Senegal’s unemployment rate has reached 16.9 per cent, with the 15-35 age group of the working population being the most affected. This, compounded by the adverse effects of climate change on agriculture and fishing, has worsened the situation, leaving a majority of its young population with limited sources of livelihood.

“There are many challenges for the youth in this area,” confirms Keba Sonko, president of the youth association in Abéné. “Many young people are out of work. We talk to young people and discuss ways of finding work instead of going somewhere else.” 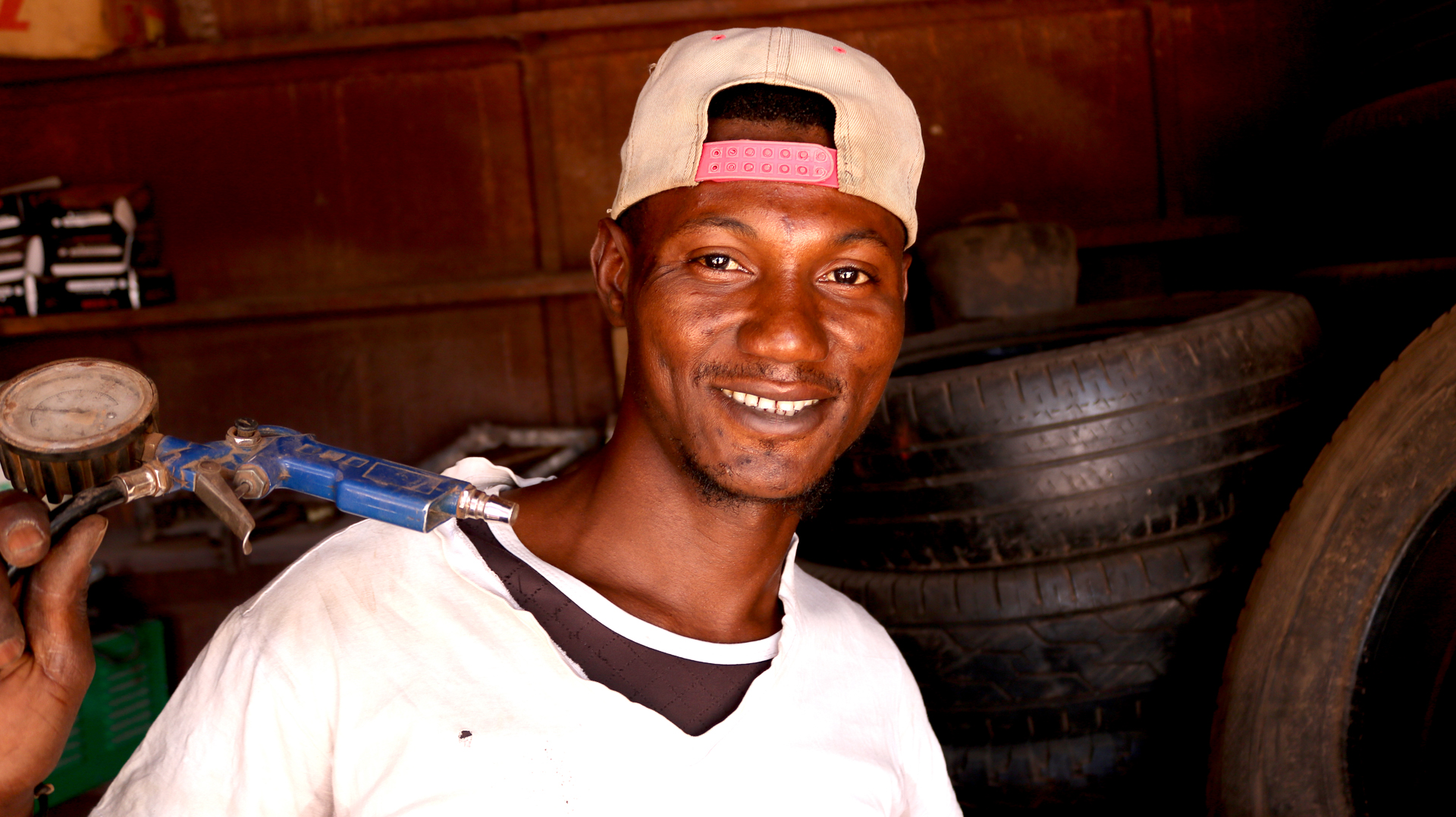 Despite the training opportunities available to young people, many hesitate to sign up for a three-year course if this means that they must support themselves, and in many cases their families, with no income during this period.

“They need to understand that there are training options here as well, anything you can think of, in the hotel trade, in agriculture, crop framing, mechanics, plumbing; but three years of training, that’s difficult. A lot of people signed up but, unfortunately, did not receive the funds,” adds Keba.

IOM has been supporting migrants who decide to voluntarily return with both their return and reintegration, offering training and creating employment opportunities. In Senegal, community projects are open to members of the community alongside returning migrants to generate additional income for their households and foster social cohesion.

When he returned to Casamance, Ousmane took part in a five-day business training from IOM, which taught him and a group of other returned migrants how to develop a business. After the training, the participants received CFA 500,000 plus CFA 150,000 (EUR 1,000 in total) as part of IOM’s support to national COVID-19 recovery efforts, to help start their business. 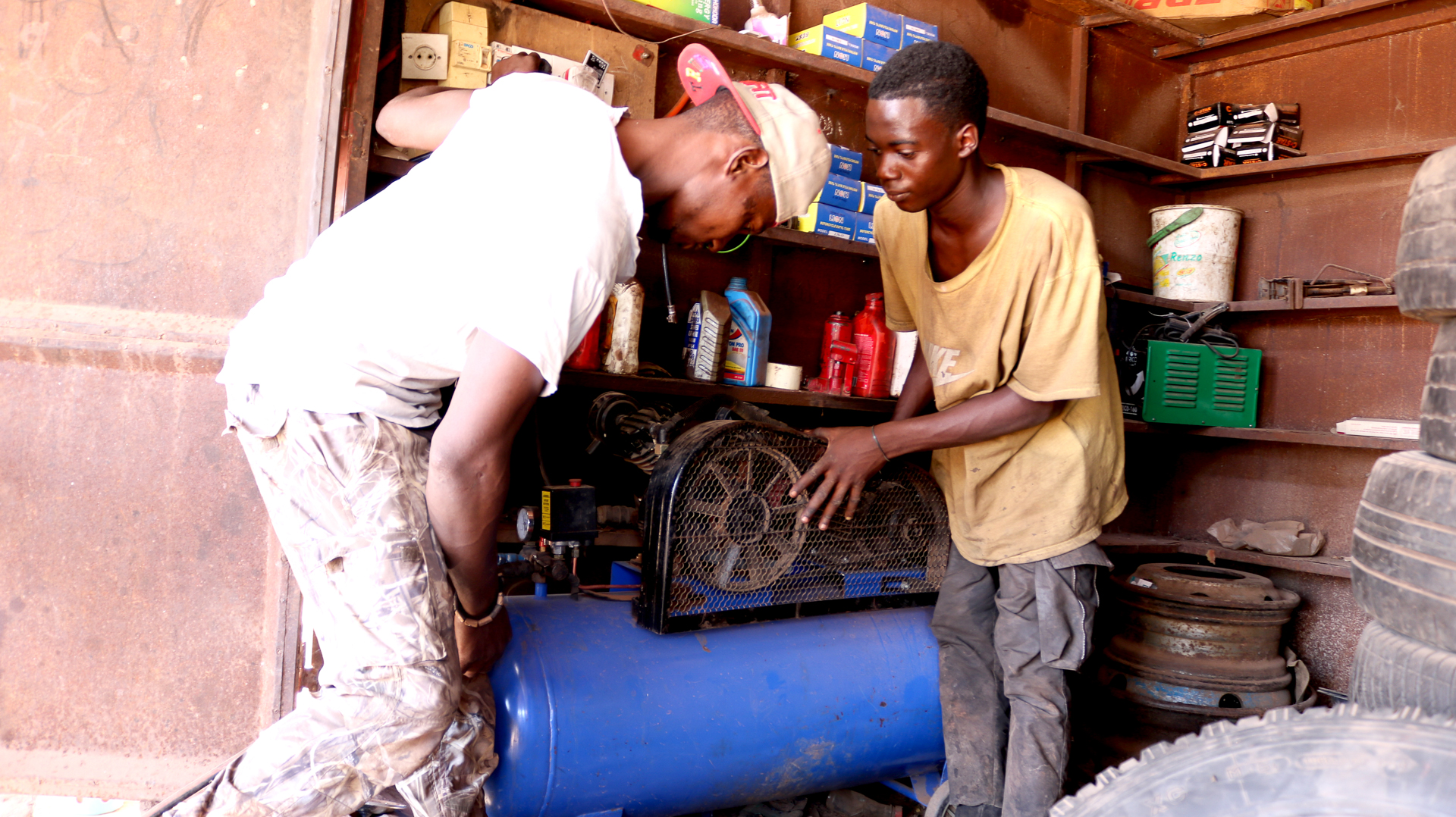 Ousmane at work in his shop, a tyre business he started with the support of IOM. Photo: IOM 2022/Alpha Ba

The training builds on the previous experience or apprenticeships of the participants. Ousmane used the grant to open a tyre business; at the beginning, he only had a small machine to pump tyres. He points proudly at a large machine now, which he bought for CFA 450,000. He uses the income from his garage to diversify his business, and has started agricultural activities on the side.

Casamance is regularly affected by a variety of climatic hazards, which directly impacts agriculture and, therefore, the livelihoods and lifestyles of affected communities. A common consequence involves the decision of many people, especially young men, to leave the region in search of a better livelihood elsewhere. In nearby Kafountine, the reduction in fishing and the salinization of rice fields have had adverse effects on economic activities, especially for women.

IOM organized a community dialogue in Abéné in July 2021 to discuss the effects of climate change and environmental degradation in the area. The discussions emphasized the lack of training in the processing and conservation of local products, as well as the need for climate adaptation strategies. Participants of the community dialogue complained they could no longer pursue market gardening and rice-growing activities and are pushed out of the processing unit .

The community dialogue was also an opportunity of raising awareness on the risks of irregular migration and sustainable alternatives in the country. “Through the work with IOM, we made people understand that instead of spending CFA 400,000 on travelling, you can use this money to invest in your life, and do something good,” says Keba.

This story was written by Kim Winkler, Editor for IOM West and Central Africa.