Experiences of Haitian Migrant Women Shaping Their Dreams and Ambitions 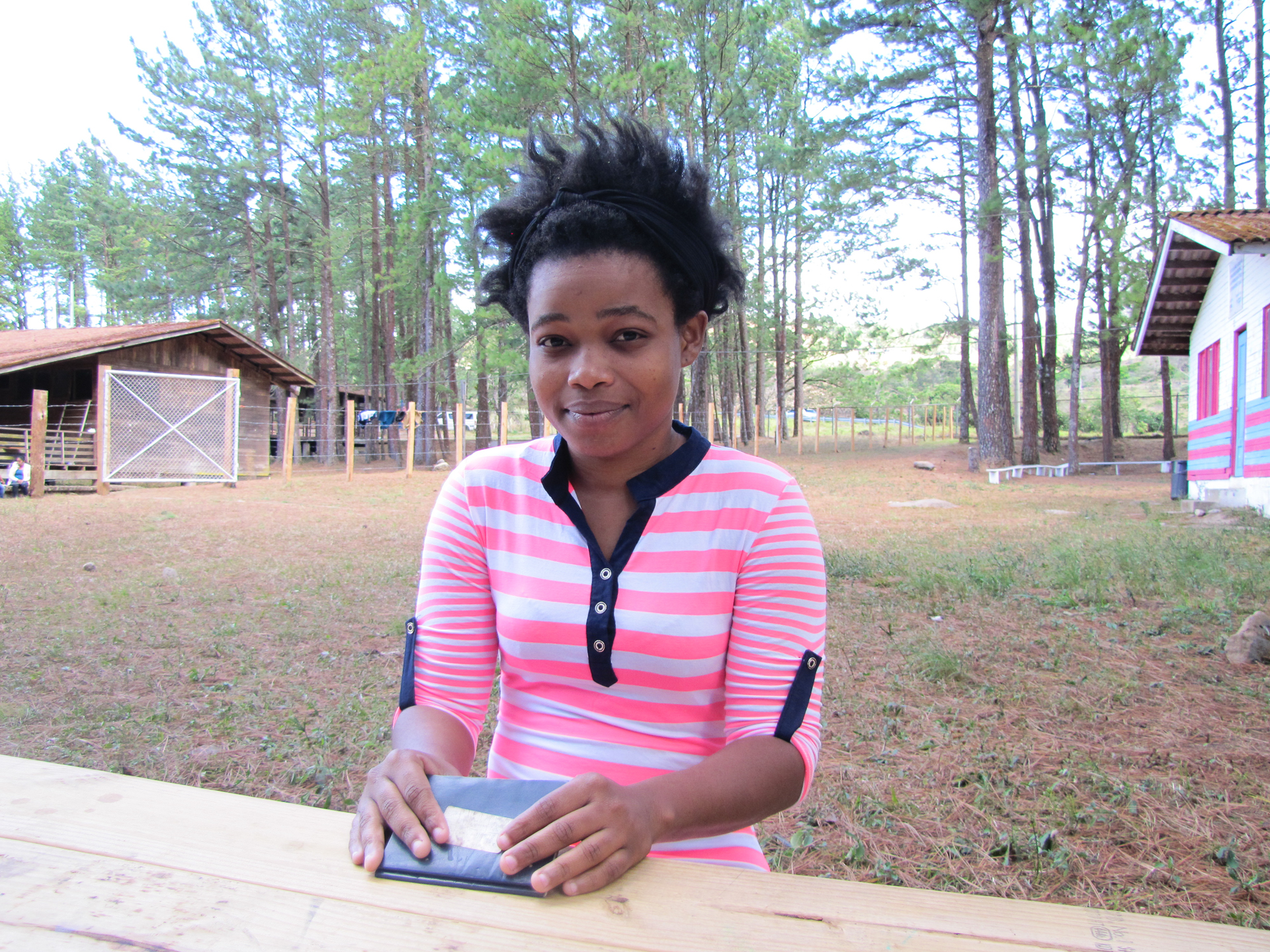 Loutianie, 24, dreams of becoming a gynecologist and moving with her family to Canada so her children can have a better education. Photo: IOM/José Espinosa Bilgray

Chiriquí, 3 May 2022 – At the Migrant Reception Station (ERM) in Chiriquí, Panama, near the border with Costa Rica, stands Loutianie Pervilus, a 24-year-old Haitian woman with different experiences as a migrant woman throughout her life.

She has been a migrant since the age of 10, when she first moved to the Dominican Republic, her mother's country of origin, where she studied medicine for a year, met her husband, also Haitian, and had her first daughter, Laura, who is now six years old.

Nina, as her friends in the ERM affectionately call her, speaks fluent Spanish, Portuguese, French, and her native Haitian Creole. She migrated with her husband and daughter to Brazil in 2016, where she had her second child, Neymar, who is now three years old.

"My mom wanted me to go to Brazil to continue studying medicine." And so, she did. Her interest in this profession arose as a child when her cousin suffered a severe infection. "It was tough for her. I watched her suffer. At that time, I decided to study gynecology to help other women."

In addition to studying in Brazil, she worked as a maid in a hotel and attended a beauty salon. "I know how to do hair, I know how to do nails, I know how to do all that," she says enthusiastically. A few weeks ago, she taught Nicaraguan migrant women how to braid their hair as part of the psychosocial support activities at the ERM where she is staying.

With the promise of greater access to medicine and better education for their children, she and her husband decided to leave their lives in Brazil and migrate to Canada. "For a person who has children, you want to raise them very well," says Nina. On 16 August 2020, the family left Brazil. Since then, their children have been unable to attend school.

They traveled on buses and trucks through French Guiana, Bolivia, Peru, and Ecuador. In Colombia, they took a boat ride that brought them to the border with Panama. From there, they faced the Darien Gap, one of the most dangerous migratory routes in the region characterized by violent crime including sexual abuse of women and girls.

"Walking seven days through the jungle with small children is very difficult. Assailants stole money, food, Neymar's milk, diapers." They finally arrived at the ERM in Panama on 7 October 2021, where they are currently living in a hut with another family. They are stranded there for lack of money to continue the journey.

Nina's story is shared by thousands of Haitian women who have been forced to leave their country due to various drivers such as insecurity, lack of employment, political crises, environmental disasters, and widespread violence, especially gender-based violence.

Nina is not considering returning to Haiti, at least not for now. On the contrary, she wants to find a job in Panama to save some money to continue her journey north. "I am not pretentious. I can work in anything. My husband is a mechanic; he can work too."

Regularization unlocks the potential of migrants

Roseni Royal, on the other hand, has lived in the Dominican Republic for 15 years. She saw in regularization the possibility of working and providing better living conditions for her family.

A mother of two, an 18-year-old who still lives in Haiti and a 13-year-old who lives with her in Santo Domingo, Roseni managed to regularize her migratory status by obtaining her documents after almost a decade. "I spent nine years here working. Thank God I had my passport, and when the plan (the National Plan for Regularization of Foreigners) arrived, thank God and thanks to MUDHA (Civil Organization of Dominican-Haitian Women), I now have my documents."

Today, Roseni sells fruits and vegetables from house to house and although she has had no access to formal education, she has managed to speak fluent Spanish, own a house and raise her family. The regularization of her immigration status has been vital to her since it has not only allowed her to work legally but also have access to social security and health care services.

"When you have documents, you walk around with something that identifies who you are, you live happier, knowing that whenever they [Dominican authorities] stop me, and as far as I show my document, I can stay.” 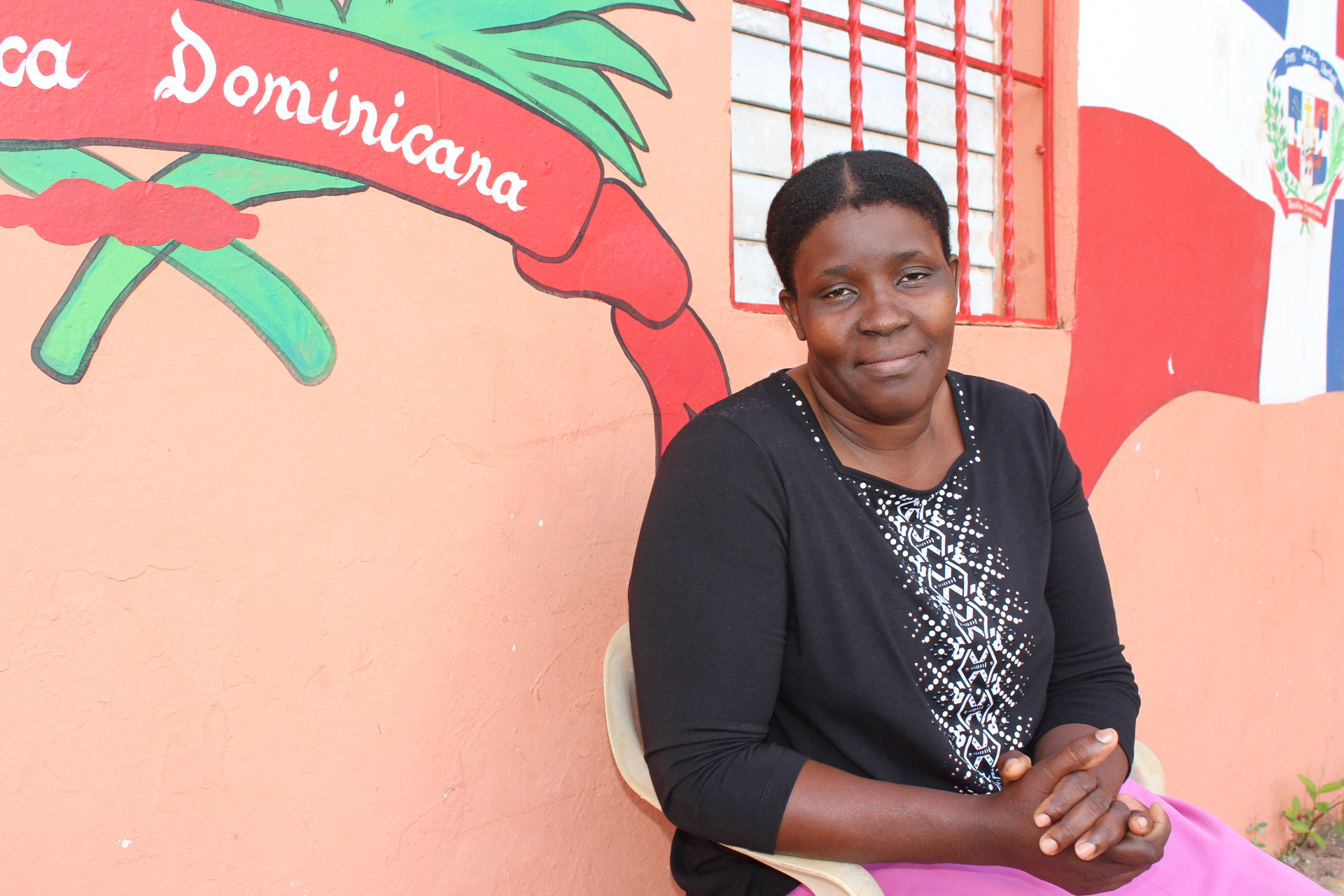 With her determination and regular status in the Dominican Republic, Roseni Royal has improved conditions for her family in Haiti and her host country. Photo: IOM/Zinnia Martinez

Migratory regularization is one of the many challenges faced by migrants upon arrival in their host country. However, there are also cultural and linguistic barriers. Jessica and Jess Valcin know well. Twin sisters from Haiti who arrived in Tijuana, Mexico, in 2017, they supported the Espacio Migrante shelter ever since, as advisors of the Haitian community.

These sisters, who are currently studying for a degree in psychology, assist other Haitians in learning Spanish and accessing information on immigration issues and services. They also distribute food and essential items. They know firsthand the needs and challenges migrants, particularly women, face upon arrival in a new country.

"Being a migrant woman of African descent is difficult because they literally tell you to your face, 'I've never seen a person of your color.' You feel a little uncomfortable because you are a migrant; you are not part of the community," says Jessica. They both recall experiencing harassment.

Their different experiences as migrant women have motivated the Valcin sisters to participate in cultural initiatives including the Miradas Fronterizas Festival and Haiti's National Day celebration in Mexico to inform migrants and combat discrimination.

Jessica and Jess Valcin are twin sisters born in Haiti. They arrived in Tijuana, Mexico, in 2017 and have been supporting the Espacio Migrante shelter ever since, as leaders of the Haitian community. Photo credit: IOM/Alejandro Cartagena

"What we do is to raise awareness of the rights that people have as migrants, right to education, right to health and different services they can access by having a credential for humanitarian reasons. First, we help them with the language and to find what their goals are," says Jess Valcin.

The work carried out by these Haitian sisters demonstrates the importance of social and community organizations in the integration process of migrants in host countries. In addition to advocacy on protection of their rights, support networks can guide to help people migrate safely.

For example, Jess and her sister Jessica accompany Haitian migrants who legally wish to cross the US-Mexico border. "When they want to cross (the border to the United States), we know that the process is totally free, and what we always say is to make sure that the organization that is going to help you cross is 100 per cent legal so you have no problems later on. If you tell me, I will investigate if it is okay or not," says Jessica.

Gepsie Metellus is doing a similar job, but in the State of Florida, USA. She migrated to the United States in the 1960s with her family due to the political and social crisis in her country. She now works to integrate the Haitian community in South Florida through the organization Sant La Haitian Neighborhood Center, of which she is the director.

Gepsie experienced firsthand discrimination because of her status as a migrant woman. "My family migrated to New York in the late 1960s because of the dictatorship that Haiti was experiencing back then. I remember that every day at school, I suffered discrimination and bullying. I was even physically assaulted on several occasions. I told my mother that I didn't want to go back to school; my classmates made fun of me because of the way I dressed, the way I spoke. I was only 12 years old," says Gepsie. 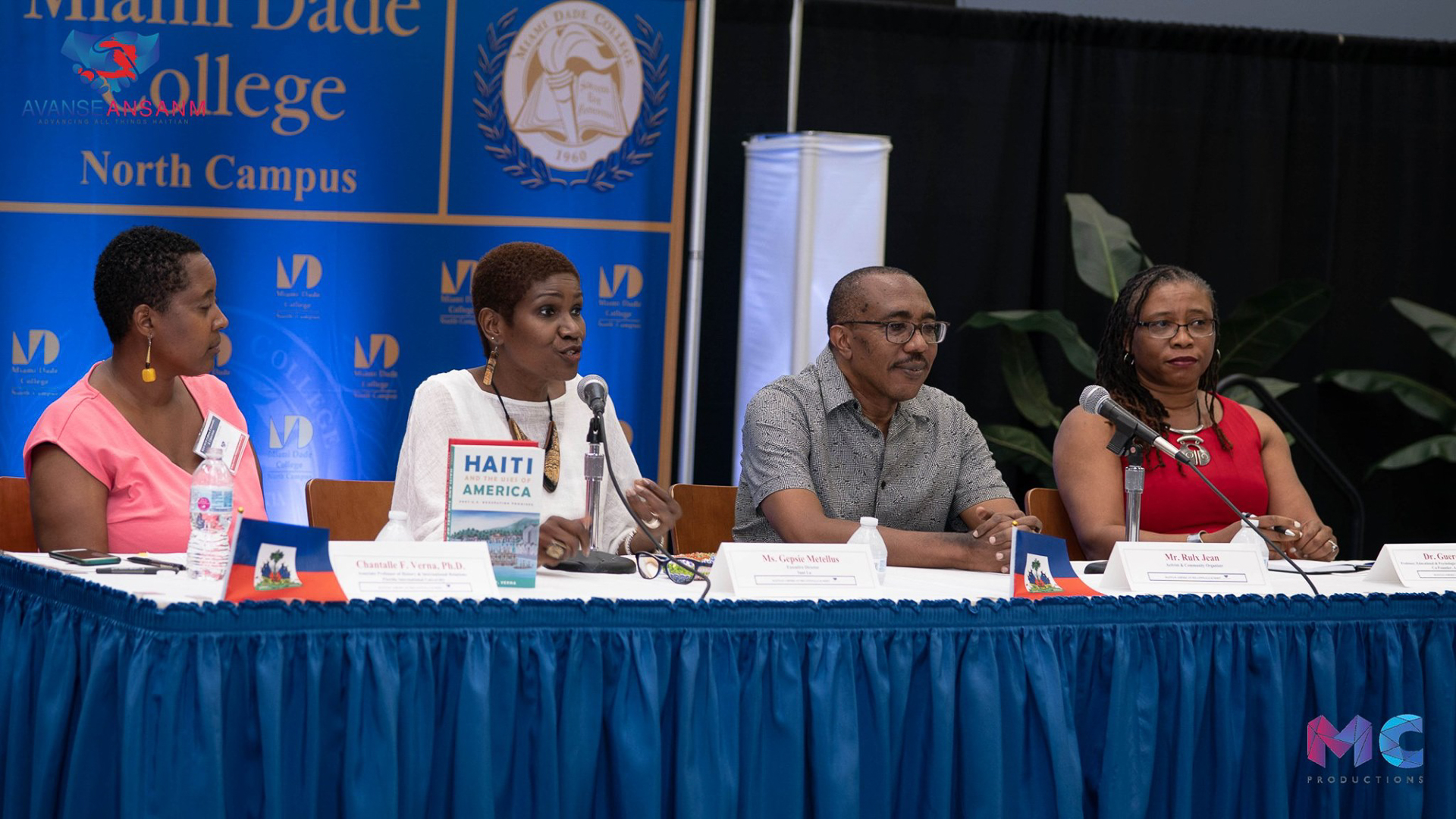 Gepsie Metellus works for the integration of the Haitian community in South Florida through the organization Sant La Haitian Neighborhood Center, of which she is the director. Photo: Private archive

The discrimination she suffered inspired Gepsie to spend the last two decades working for women's rights and the Haitian migrant population.

The life stories of Nina, Rosenie, the Valcin sisters, and Gepsie show the transformative power of migrant women. Their experiences, often mediated by discrimination, abuse, and violence, have been catalysts for them to become dreamers, leaders, and activists. Through their work, these women contribute to guaranteeing the full exercise of the rights of women and migrants and the construction of more just and egalitarian societies.