Factory Explosion Put Yacoub on Path Back to Niger 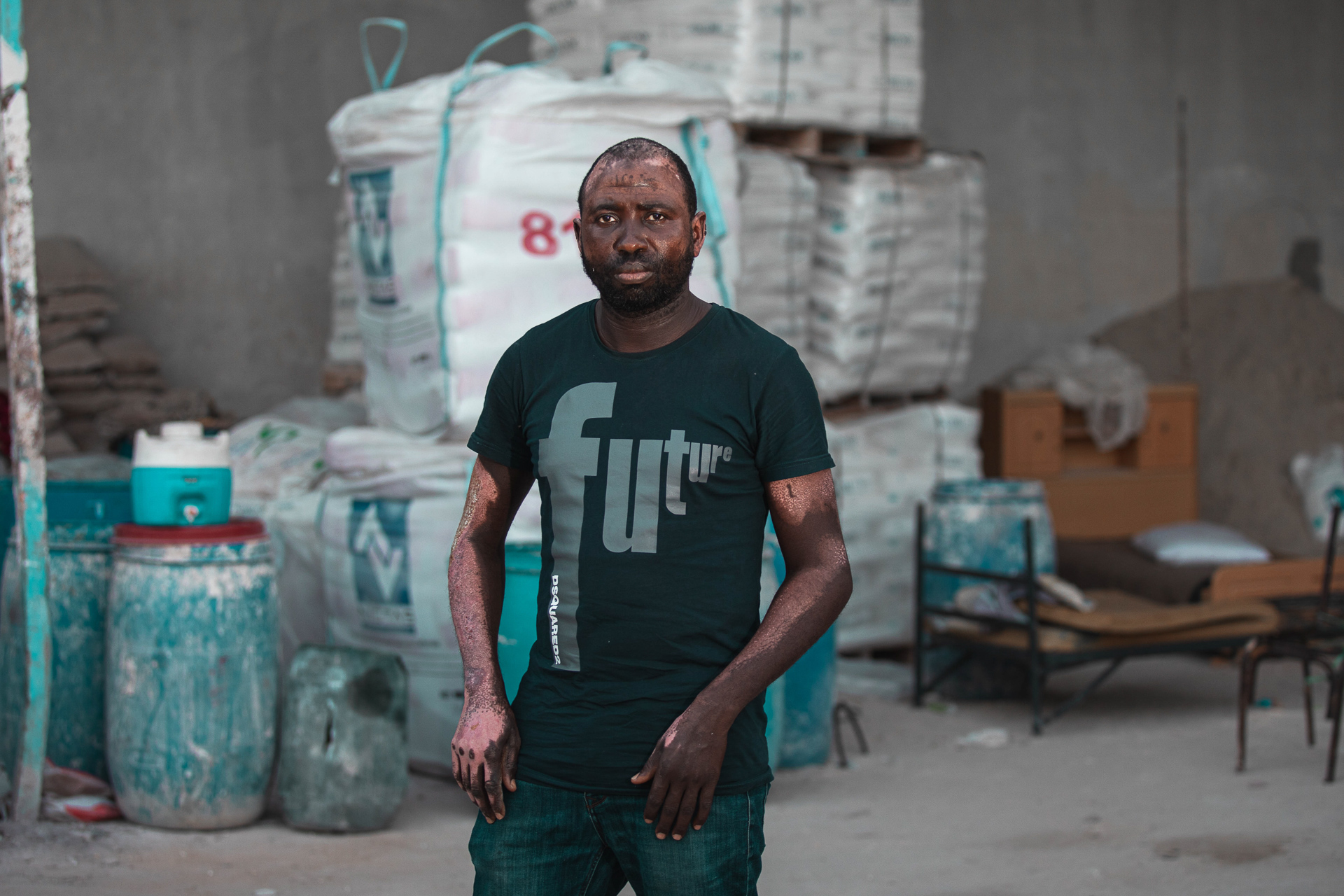 Yacoub was lucky to escape an explosion at the paint factory where he works in Tripoli but received third-degree burns.  Photo: Moayad Zaghdani/IOM 2021

Tripoli, 7 February 2022 – Yacoub Mehra was living with his wife in Zinder, the third most populous city in southern Niger, and working hard to meet his family's needs. The 37-year-old was getting by but wanted more and in early 2018 he headed across the Sahara to Libya, leaving behind a family of six hoping to find better work opportunities.

“Wages are low in Niger. So, I had to take the risk and travel to Libya to work and help my family lead a decent life,” Yacoub says.

A few months after Yacoub arrived in Tripoli, Libya began to change.  War broke out in 2018 south of Tripoli and soon Yacoub constantly heard bullets and heavy shelling.

“I had never heard a single bullet in my life,” Yacoub said. “This was the first time I heard the sound of clashes, and my body was shaking. But after two months, the clashes ended and life returned to normal,” he says. 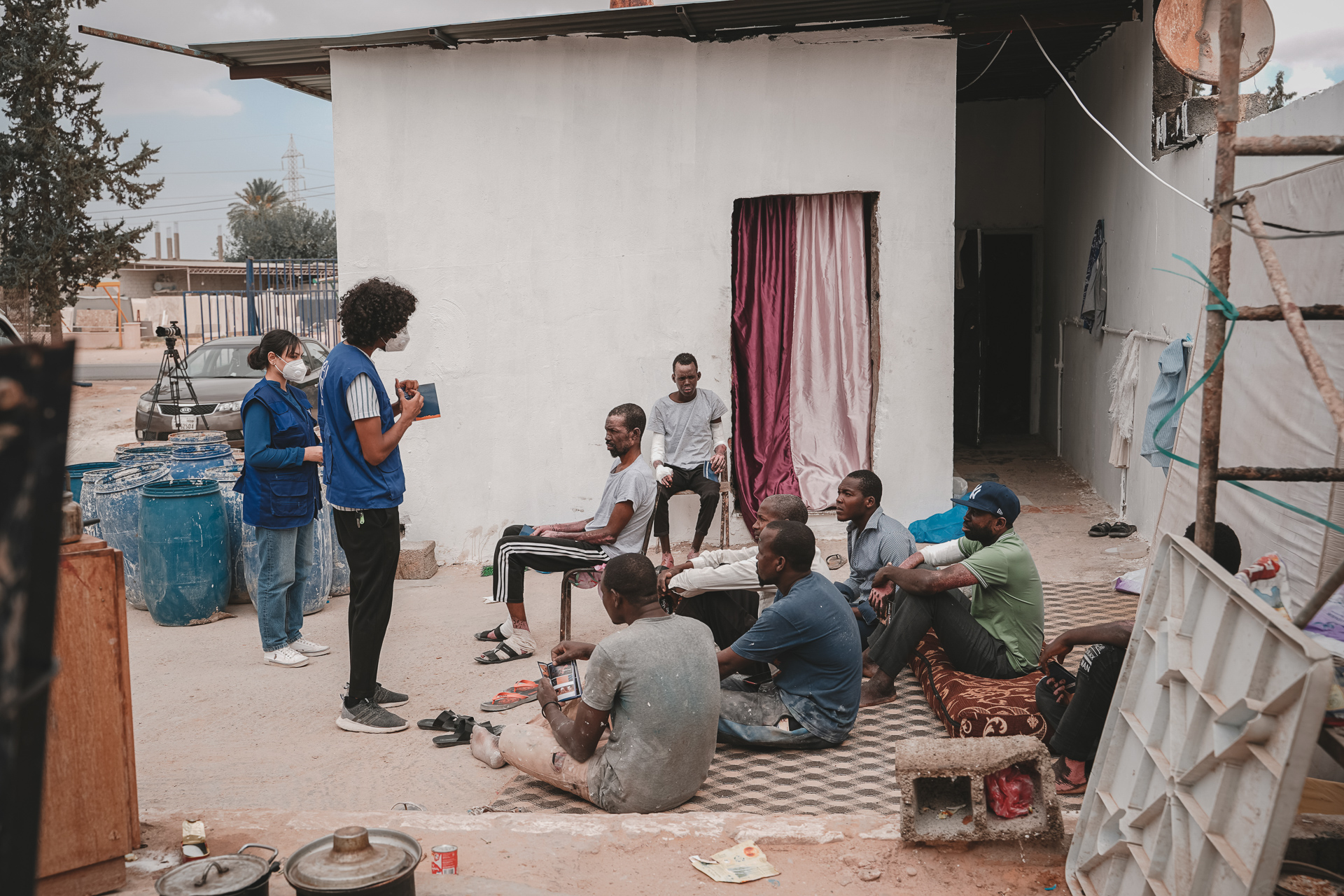 Yacoub (wearing cap) joined his fellow workers for an IOM awareness session on irregular migration at the factory where they work in Ain Zara, in Tripoli. Photo: Moayad Zaghdani/IOM 2021

During the two months of fighting, Yacoub couldn’t find work.  His wife and children had asked him to return as soon as possible, but when the situation settled Yacoub resumed his job and was happy to send his wife enough money each month. He felt comfortable working in a factory owned by a caring man.

A few months later, another conflict led to war in April 2019, during which many families were displaced. The factory where Yacoub worked was closed, but he had no choice to leave. In March 2020, COVID-19 was first reported in Libya. Yacoub described his presence in the country during the pandemic and war as like a slow death.

“I did not know what to do,” he says. “All the roads were closed and there were two emergencies in the country; on one side there was the pandemic, and on the other the war, that made the sky fall with bombs and missiles.” However, after some months, the war ended, and COVID-19 cases began to fall.

Life again became routine until last August when a gas cylinder in the factory where Yacoub was working exploded while he and his colleagues were praying.

“The Imam was standing in front of us, and I was two rows behind him. The Imam and four people in the first row died, while we in the second row miraculously survived the explosion,” Yacoub says. 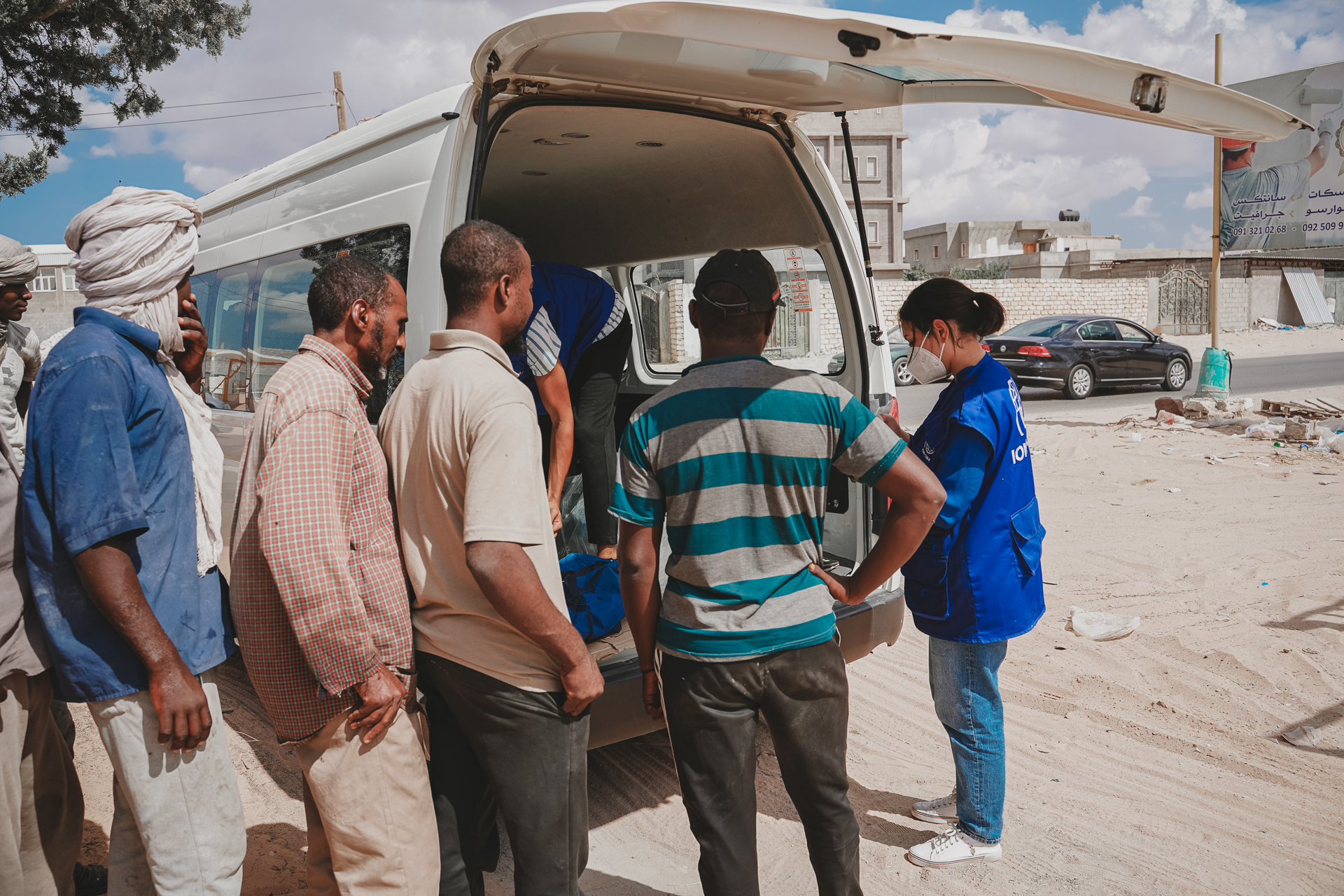 IOM mobile teams provide assistance and referral support to migrants in Libya who cannot access services due to safety fears or of being arrested because they lack financial means. Photo: Moayad Zaghdani/IOM 2021

He suffered third-degree burns to a large portion of his body, leaving him in chronic pain and unable to work.

“Everything happened so quickly,” he says. “The factory owner took us to the hospital and one of the doctors from IOM (International Organization for Migration) came to visit us.”

That was a turning point in their fortunes and through IOM’s Migrant Resource and Response Mechanism and its Cooperation on Migration and Partnerships for Sustainable Solutions (COMPASS) initiative, Yacoub and his colleagues were provided with follow-up medical treatment, food assistance, clothes, mattresses and other core relief items.

After all the hardship, Yacoub says now he only wants to see his family again and cannot stop thinking about travelling home. He hopes soon to return safely to Niger from Tripoli through IOM’s Voluntary Humanitarian Return and Reintegration programme (VHR). 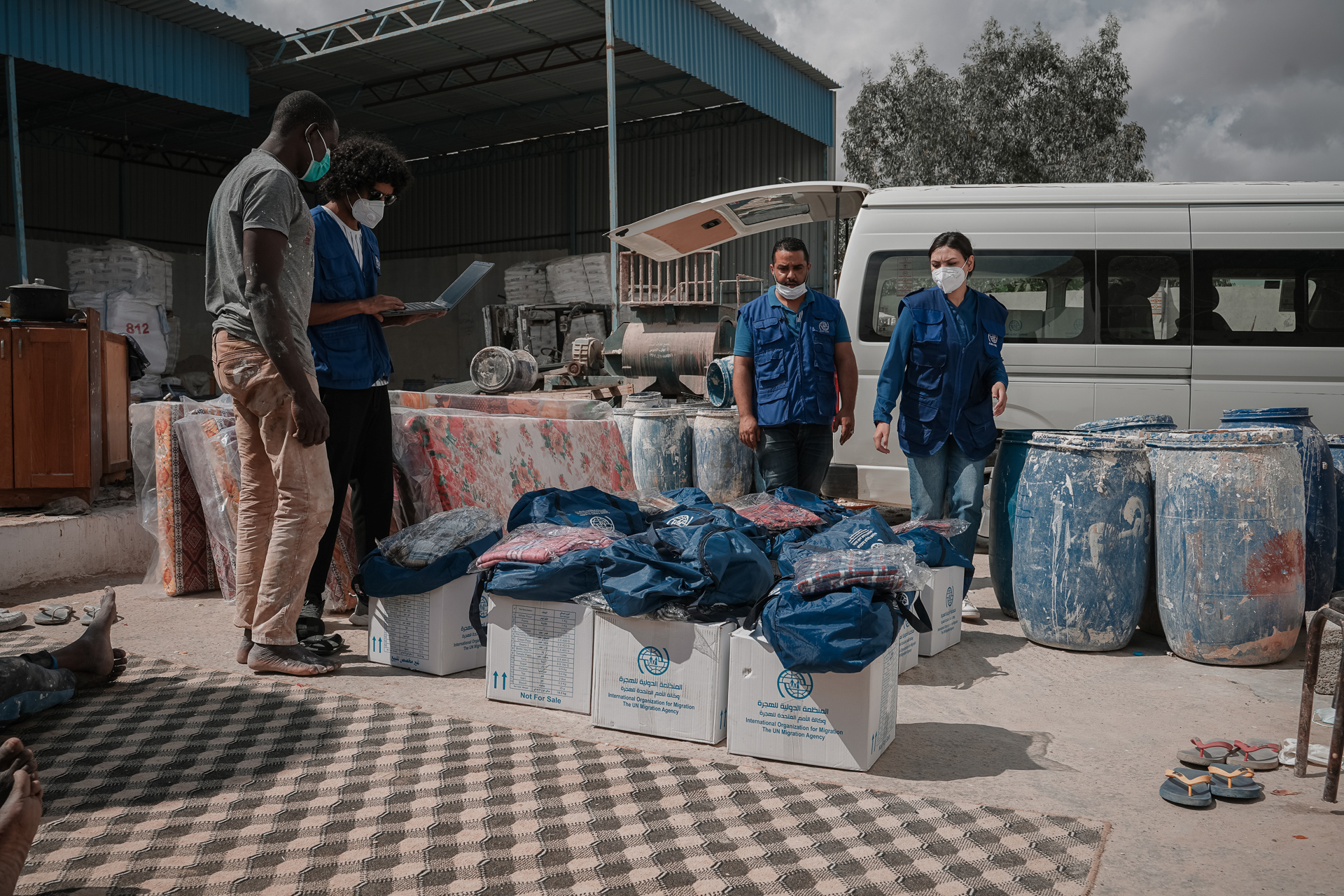 IOM mobile teams provide assistance and referral support to migrants in Libya who cannot access services due to safety fears or of being arrested because they lack financial means. Photo: Moayad Zaghdani/IOM 2021

When protection services can no longer be provided in host countries, the VHR programme supports migrants to voluntarily return to their countries of origin.