Finding the Path to Well-being in South Sudan

Bentiu, 8 Oct 2021 – Life for Nyakume Thipek Mani was as normal as it comes. The 45-year-old lived with her husband in Tharkan, a village in South Sudan’s Rubkona County, raising their children and tilling the fields.

Then tragedy struck – as it did for thousands of people living in South Sudan – when conflict broke out in December 2013, only two and half years after the young East African nation gained independence.

In early 2014, when fighting spilled over to her village, Nyakume’s family was uprooted from their home, escaping death.

Thankfully, for Nyakume and her family, they escaped unscathed, physically at least.

Over the months, after arriving in Bentiu, something started to change in Nyakume. She had witnessed what most of us will only see in a movie.

“My neighbours in the village were not as lucky as we were. They were killed,” says Nyakume, whose small frame makes her look younger than she is. “I saw corpses of people I knew.” 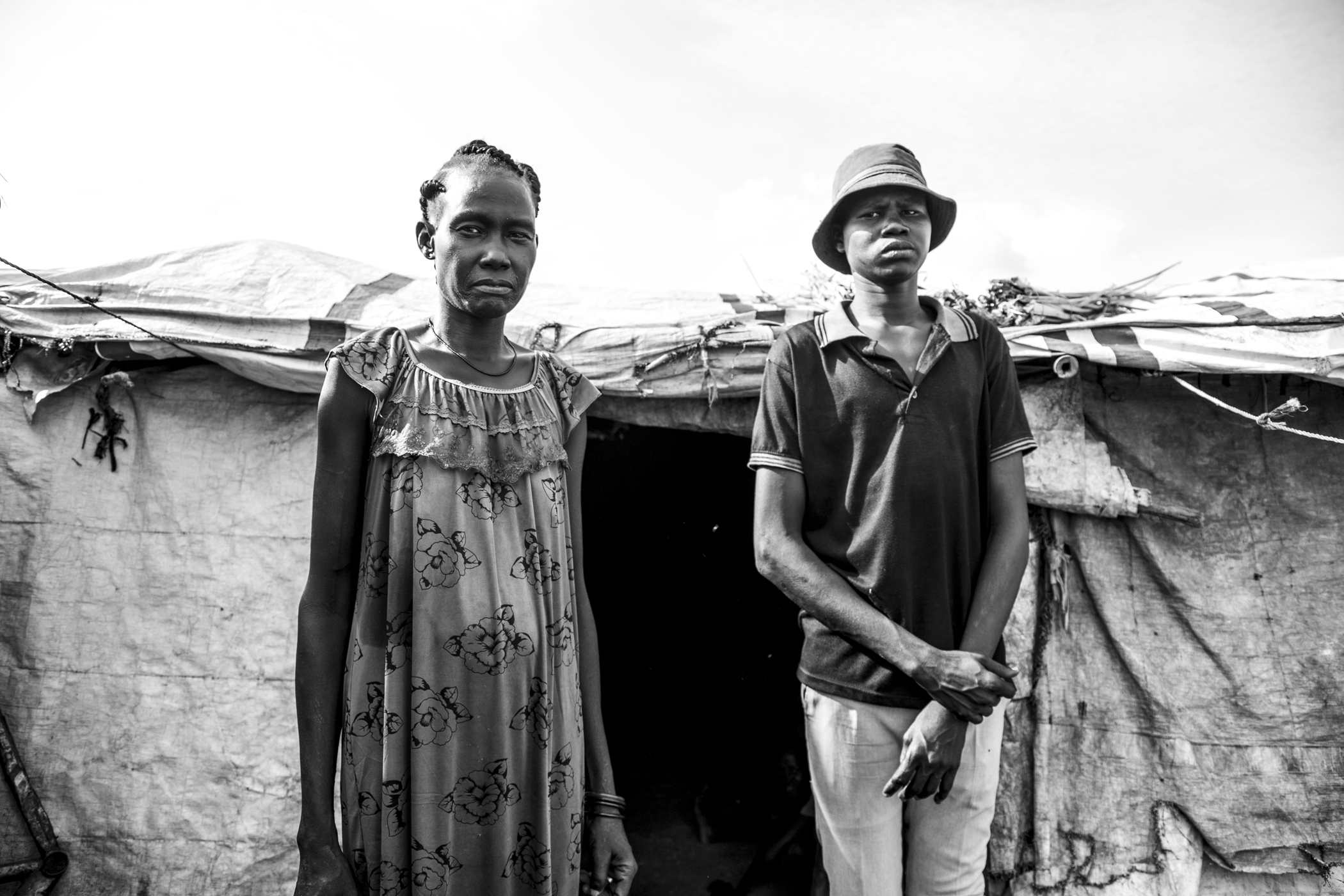 Nyakume’s youngest son, Bol Wiyoah Bath, says his mother started behaving in a strange way. “She looked like my mother, but she behaved like someone I had never met.”

Her family took her to a traditional healer but to no avail. In 2020, her condition deteriorated.

She experienced hallucinations, went through periods of speech disorder and had nightmares and difficulty sleeping because she was constantly haunted by images of her neighbours.

“I was scared about what I was going through,” says Nyakume. “I could feel my mind escaping me.”

A community mobilizer working with the International Organization for Migration’s (IOM) mental health and psychosocial support (MHPSS) team learnt about Nyakume and referred her to the MHPSS counsellor who immediately referred her for specialized services and treatment at a nearby hospital.

The counsellor provided Nyakume with stress management and psychoeducation about how to cope with the situation. The counsellor also supervised and ensured that Nyakume took the medication as instructed at the hospital.

“They helped me get back to reality,” Nyakume says.

Today, Nyakume is preparing for the traditional marriage ceremony of her eldest son, Both Wiyoah Bath. The wedding celebrations were halted when the girl’s family prevented her from marrying Nyakume’s son, pinning the reason to “her condition”, thus amplifying the stigma still prevalent around mental health in South Sudan.

IOM’s mental health and psychosocial support teams run awareness campaigns to try to eliminate the stigma of living with a mental illness.

“We want the people we serve to know that mental illness, like any other illness, is treatable. We want people to feel comfortable to access our services so that we can help them or refer them to our partners for further treatment,” says Nino Shushania, IOM’s MHPSS Acting Programme Manager.

Nyakume says that now she can look back and laugh about her past “situation”. She says it is “not to make light of the situation and mental health but I laugh because of happiness.”

“I am happy, and I laugh because that period of my life is behind me through the support I received from IOM.” 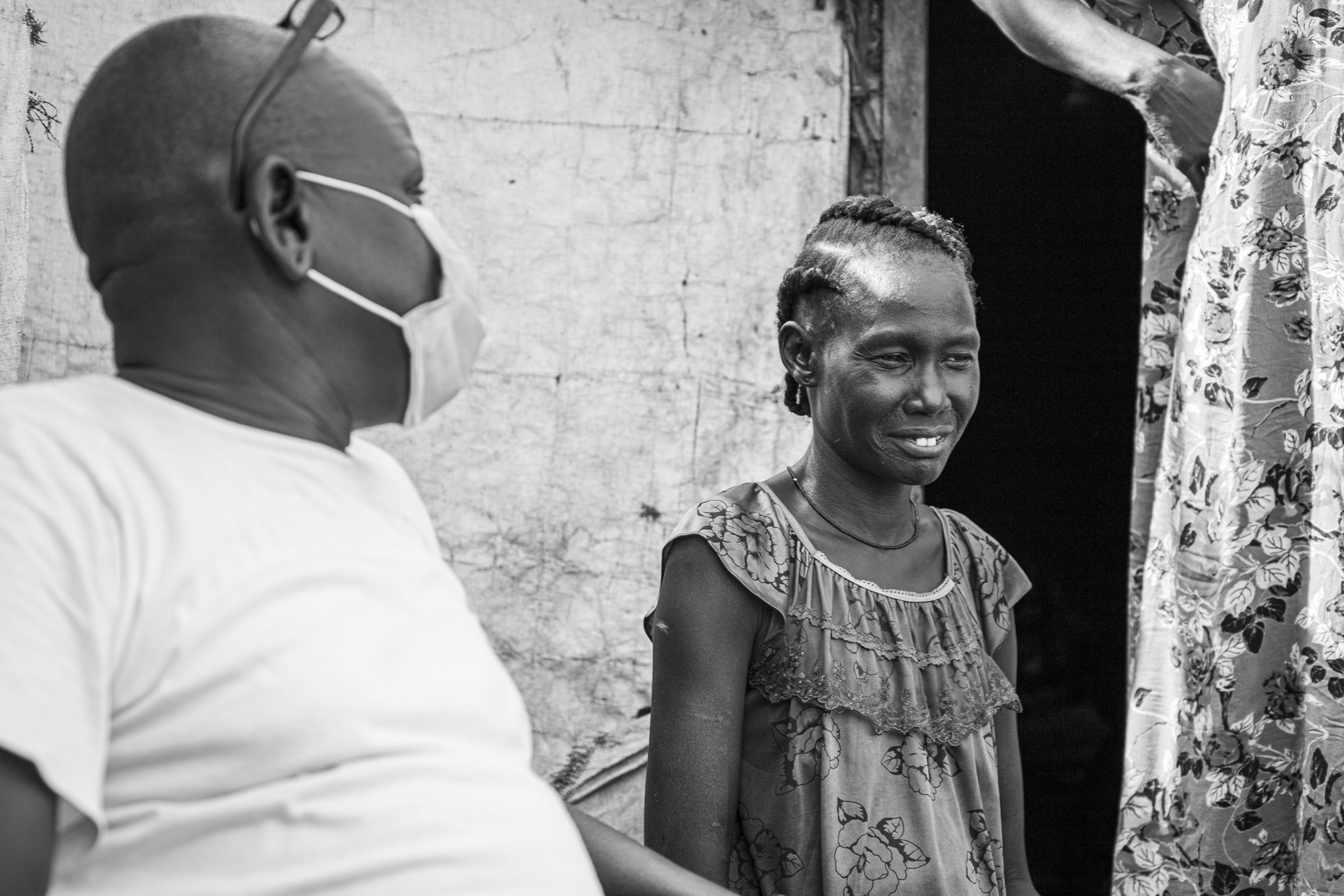 Turning to the counsellor she now calls her dear friend, she says jokingly, “Peter, I think my family and I need to give you a herd of cows to thank you.”