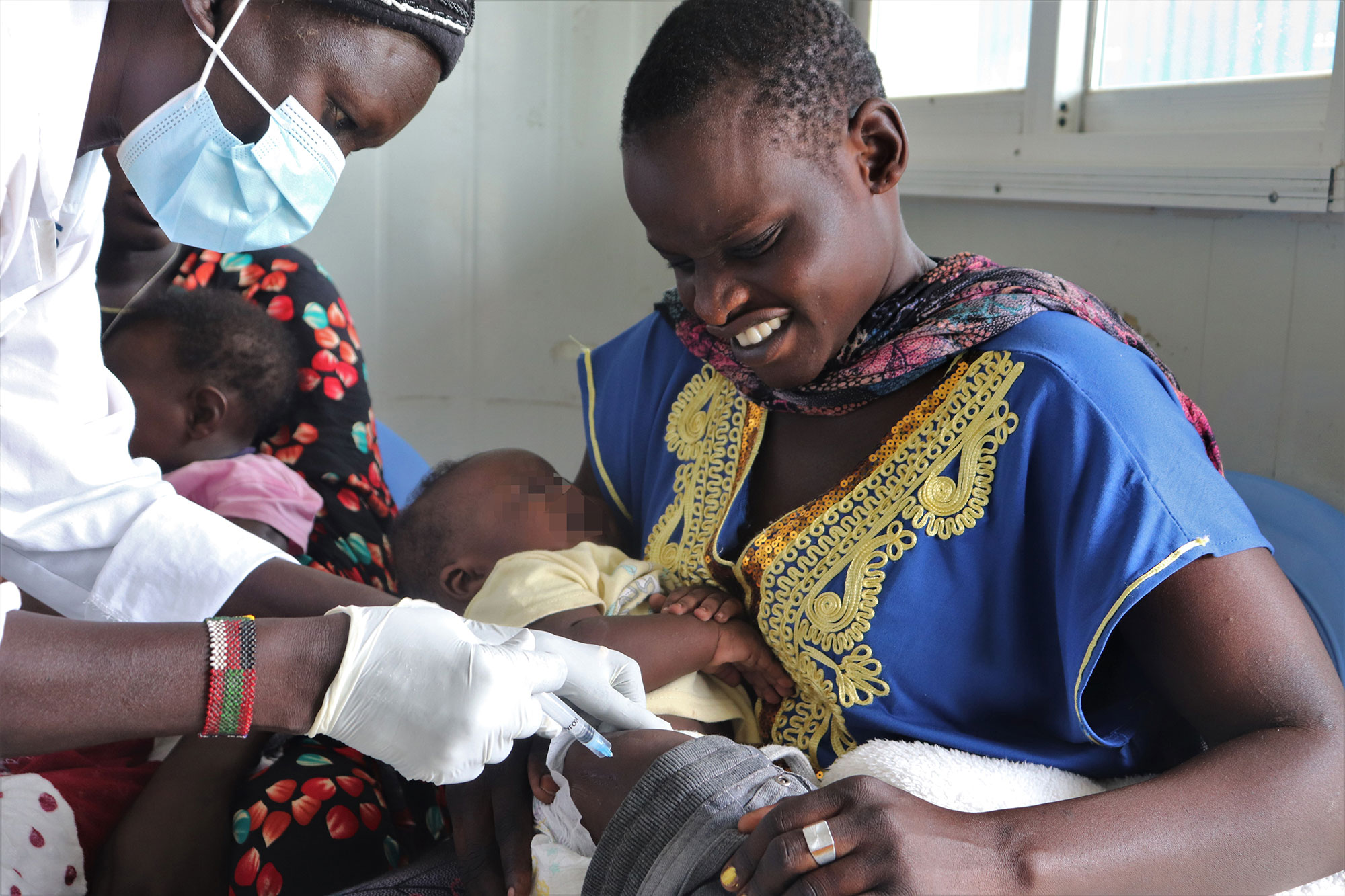 Malakal, 25 April  2022 – Clutching his mother’s arms, baby Emmanuel Aban jerks his legs to no avail as his mother, Nyachan Aban, restrains him. He cries out as the needle pierces his skin, delivering a mixture of vaccine doses.

“Khalas Khalas!” his mother says in Arabic, to comfort him that the painful experience is over. Nyachan picks up her baby’s vaccination card and walks out of the doctor’s room as baby Emmanuel begins to calm down.

“I brought my baby for the third vaccination so that he will grow up healthy, without diseases,” says Nyachan. “Children are always falling sick, but now that he has been vaccinated, he is protected.”

An IOM vaccinator prepares the shot at an IOM-run clinic at the Protection of Civilians site in Bentiu. Photos: IOM/Liatile Putsoa, IOM/Aleon Pics

Three-month-old baby Emmanuel – born at the Malakal Clinic run by the International Organization for Migration (IOM) in South Sudan’s northern region of Upper Nile State – received a combination of vaccines to protect him against diphtheria, tetanus, whooping cough, hepatitis B, hemophilus influenza type B, and polio.

Through its Routine Vaccination Programme supported by Gavi, the Vaccine Alliance, IOM aids South Sudan’s Expanded Immunization Programme through routine, mobile and outreach missions. These initiatives are carried out through various programmes in collaboration with the Ministries of Health and key partners such as the World Health Organization (WHO), UNICEF and Gavi. 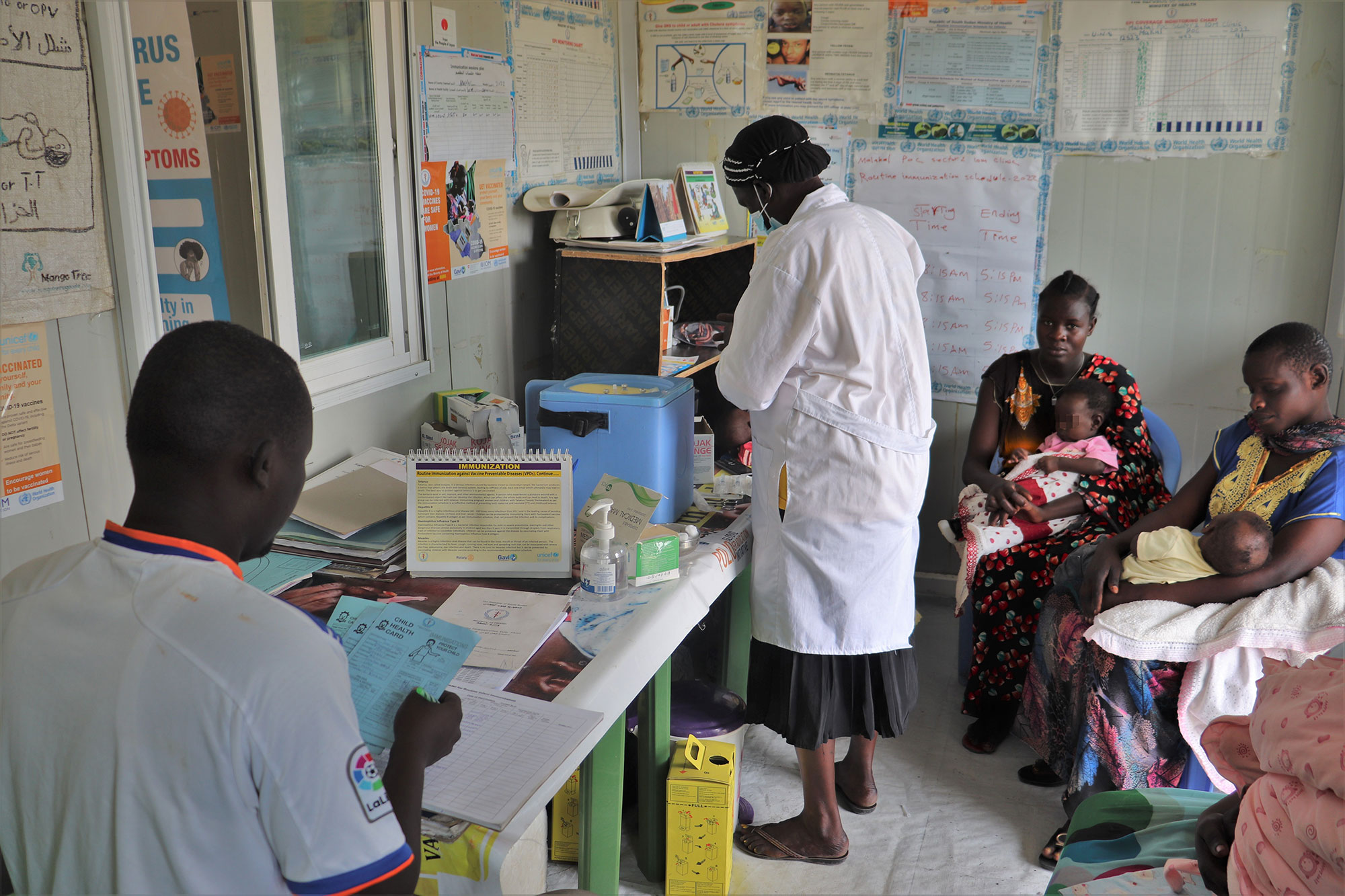 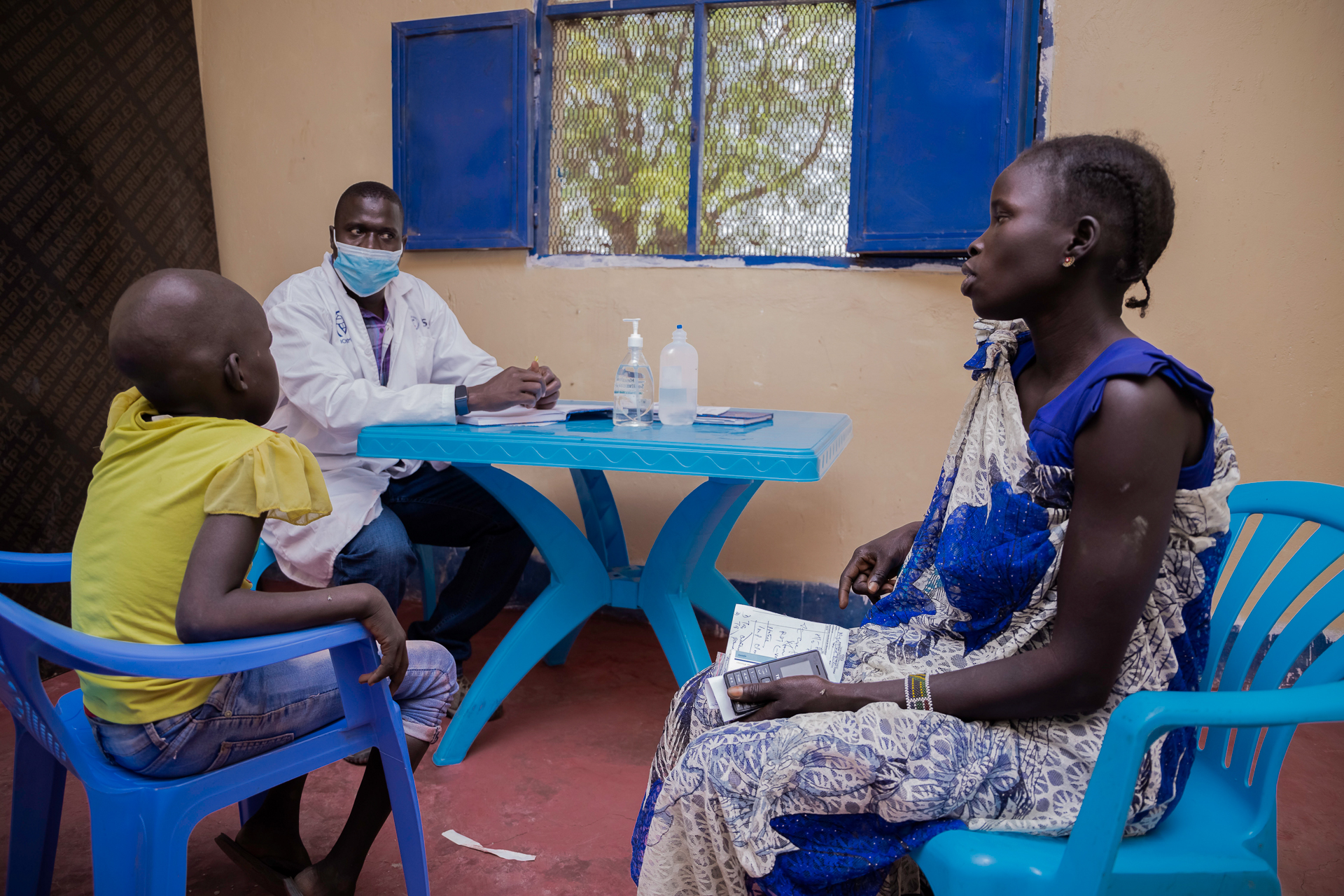 In coordination with its partners, IOM strives to improve access and coverage to immunization for all mobile populations, including refugees, asylum seekers, migrants and hard-to-reach individuals, such as internally displaced persons (IDPs) and vulnerable host communities.

Between January and March this year, IOM vaccinated nearly 30,000 children under five years across the country, including more than 3,000 at the clinic in Malakal, which received vaccines primarily used against tuberculosis (BCG), pentavalent, polio (IPV), and measles.

“It is important to immunize children under one year, as it gives them protection against childhood illnesses,” says Otieno Benson, IOM Migration Health Officer in Malakal.

Routine immunization is administered to children within IDP camps, and to zero-dose children with missed opportunities in hard-to-reach areas.

IOM’s vaccination efforts are geared towards supporting global efforts to improve health and well-being, while simultaneously enhancing equity in immunization access for zero-dose, under-immunized and missed communities among migrant and hard-to-reach communities. These initiatives are designed to improve access to and eradicate vaccine-preventable diseases (VPDs).

In the East and Horn of Africa, IOM continues working towards vaccine equity to leave no one behind by providing vaccinations to refugees and migrants, both routinely and in response to VPD outbreaks, including COVID-19.

This has been achieved through 24 IOM-supported health facilities within and around the major IDP camps in Bentiu, Wau and Malakal. IOM also reaches populations in need through mobile clinics and rapid response teams. 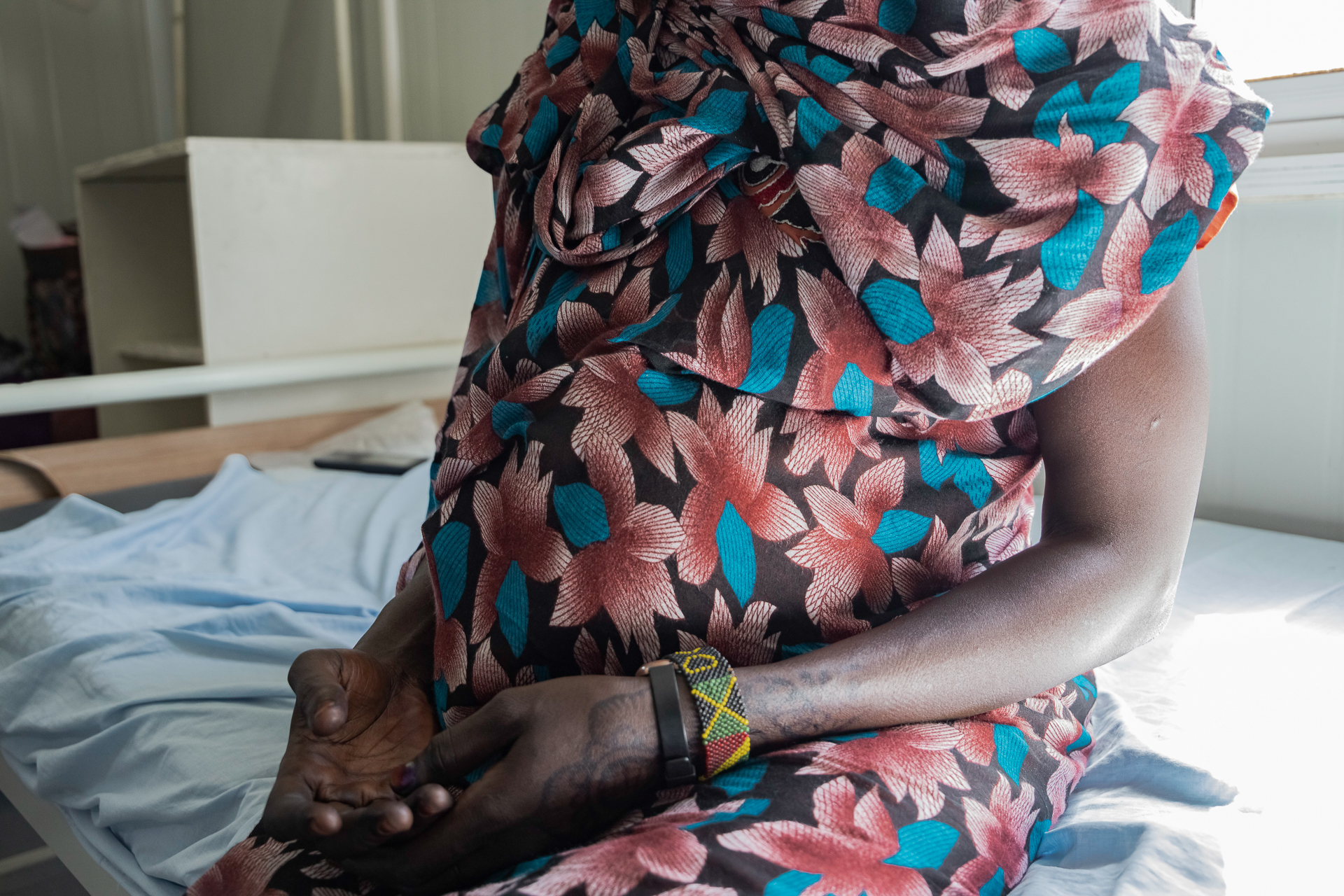