Hope Keeps Us Alive: The Honduran Mothers Who Came Together to Search for Their Missing Migrant Children 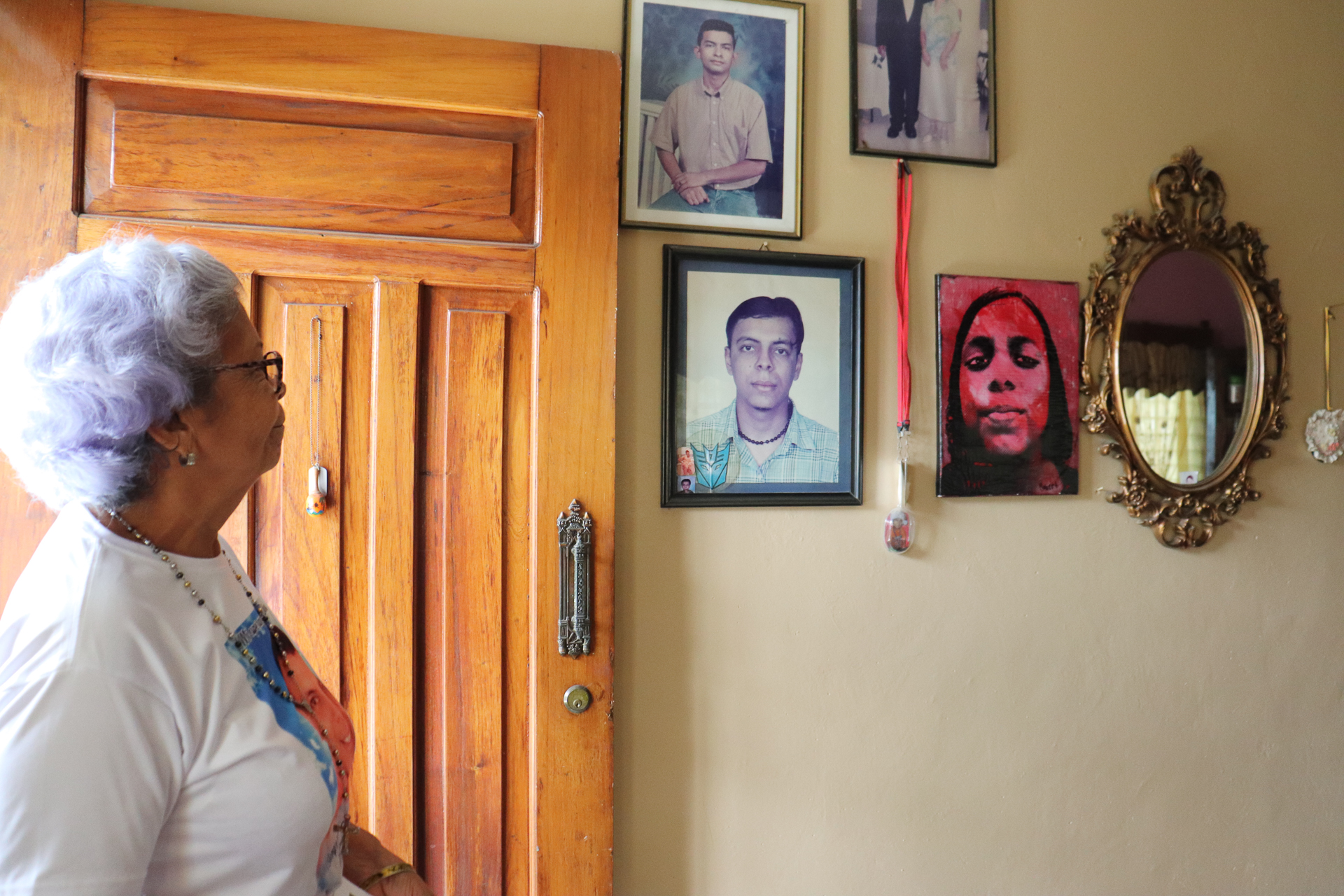 The walls of Otilia’s house are full of pictures of Arnold, a constant reminder of her struggle to find him. Photo: IOM/I. Cruceta

El Progreso, 9 December 2022 – Arnold disappeared nearly eight years ago. His mother, Otilia, recalls that his last phone call to her in late January 2015 was from Mexico. Arnold wanted to let his parents know that he intended to cross the border into the United States of America. His wife and two children were already there, and he was desperate to join them.

A month later, Otilia learned that the motorcycle Arnold was driving had been located in a junkyard in Mexico, with gunshot holes. Arnold has never been heard from since. Heartbroken, his parents began their search to find him, and they continue to wait for news on Arnold’s fate.

According to data from the Missing Migrants Project run by the International Organization for Migration (IOM), there have been 6,941 reported migrant deaths or disappearances in the Americas since 2014. The project has recorded more than 350 incidents involving Hondurans, with most of the reports occurring along the border between Mexico and the United States, as in the case of Otilia’s son, Arnold.

Otilia and her husband Clemente fell into despair but eventually found support through the Committee of Relatives of Disappeared Migrants of El Progreso. The organization provided them with comprehensive psychological support and guidance to continue the search for their son. "Hope is the only thing we have in our hearts. The hope that one day we will find my son; that we will have some news," says Otilia. 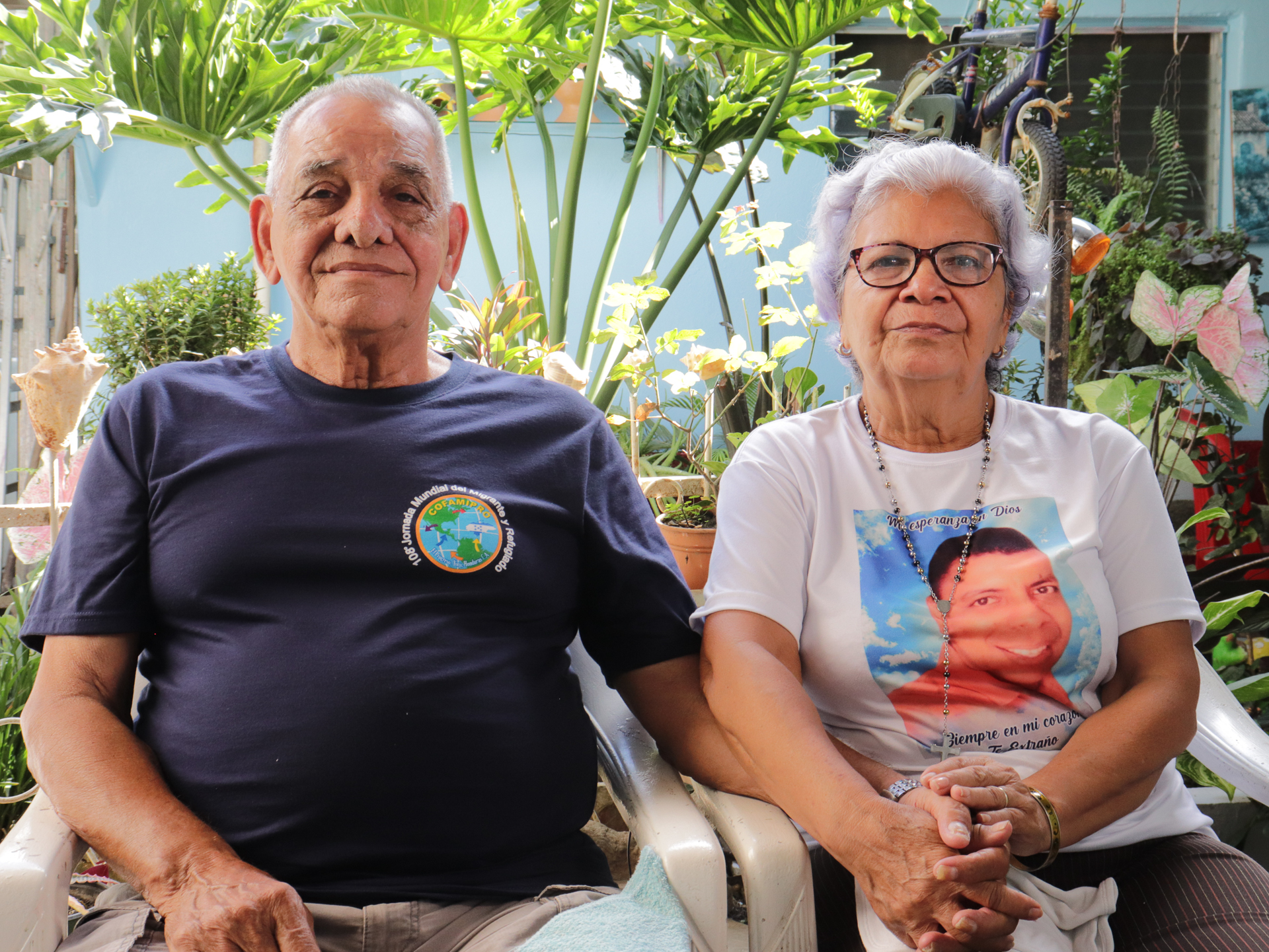 Otilia with her husband, Clemente, who has been a constant support for her during 54 years of marriage. Photo: IOM/I. Cruceta

While Otilia and Clemente desperately want to know what has happened to Arnold, there is still a deep fear of what that news may be. For another Honduran mother, Sonia, her son Ángel died in July 2016 during a violent encounter in Tijuana, Mexico. When Sonia was informed, she immediately began the procedure to repatriate her son’s body to Honduras. “My son is Honduran by birth and, therefore, he had to rest in Honduras,” she explains. 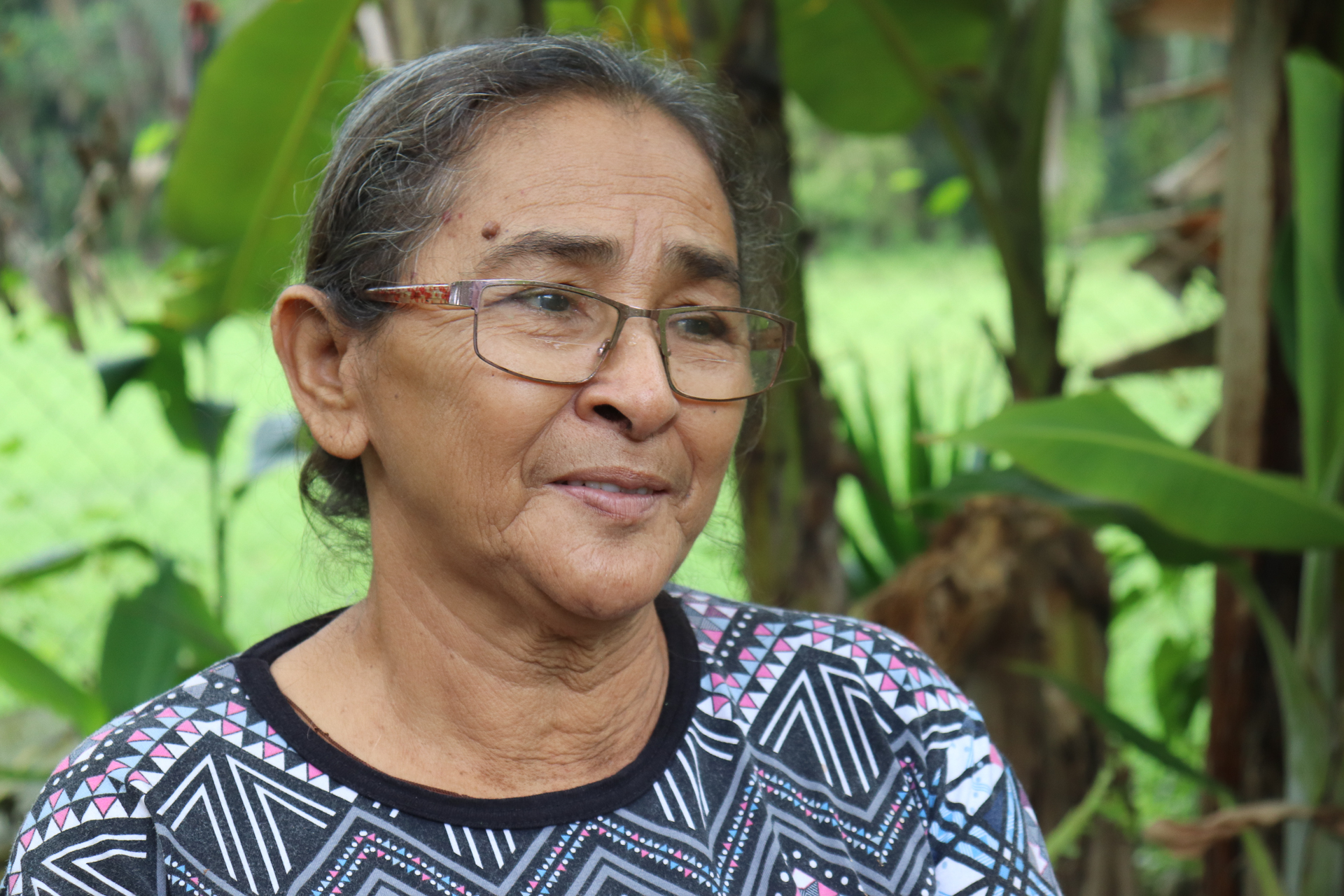 Sonia fought for the repatriation of her son’s body. By doing so, she opened the way for other families in the same situation in Honduras. Photo: IOM/I. Cruceta

Sonia recounts with tearful pride that she was able to overcome immense bureaucratic red tape to bury her son in Honduras. “At that time, the authorities were telling me about a repatriation cost that I could not afford. I'm poor but I'm not stupid,” says Sonia. With the support of other Honduran mothers, she persisted in pushing authorities in both countries for the rightful repatriation of her son’s body.

Her desire to bury Ángel’s body in his homeland was fulfilled after a long eight months. "With bravery, I had to fight to open the way for the others. A colleague and a neighbour went through the same process, and now it has been easier for them. I feel that things are improving,” she says.

Amidst these wrenching stories, there are also happy endings. Pilar and Leticia are two of the fortunate mothers who found their daughters who had left Honduras, leaving a void in their mothers’ hearts that was compounded by the silence and punishment of not knowing their fates. 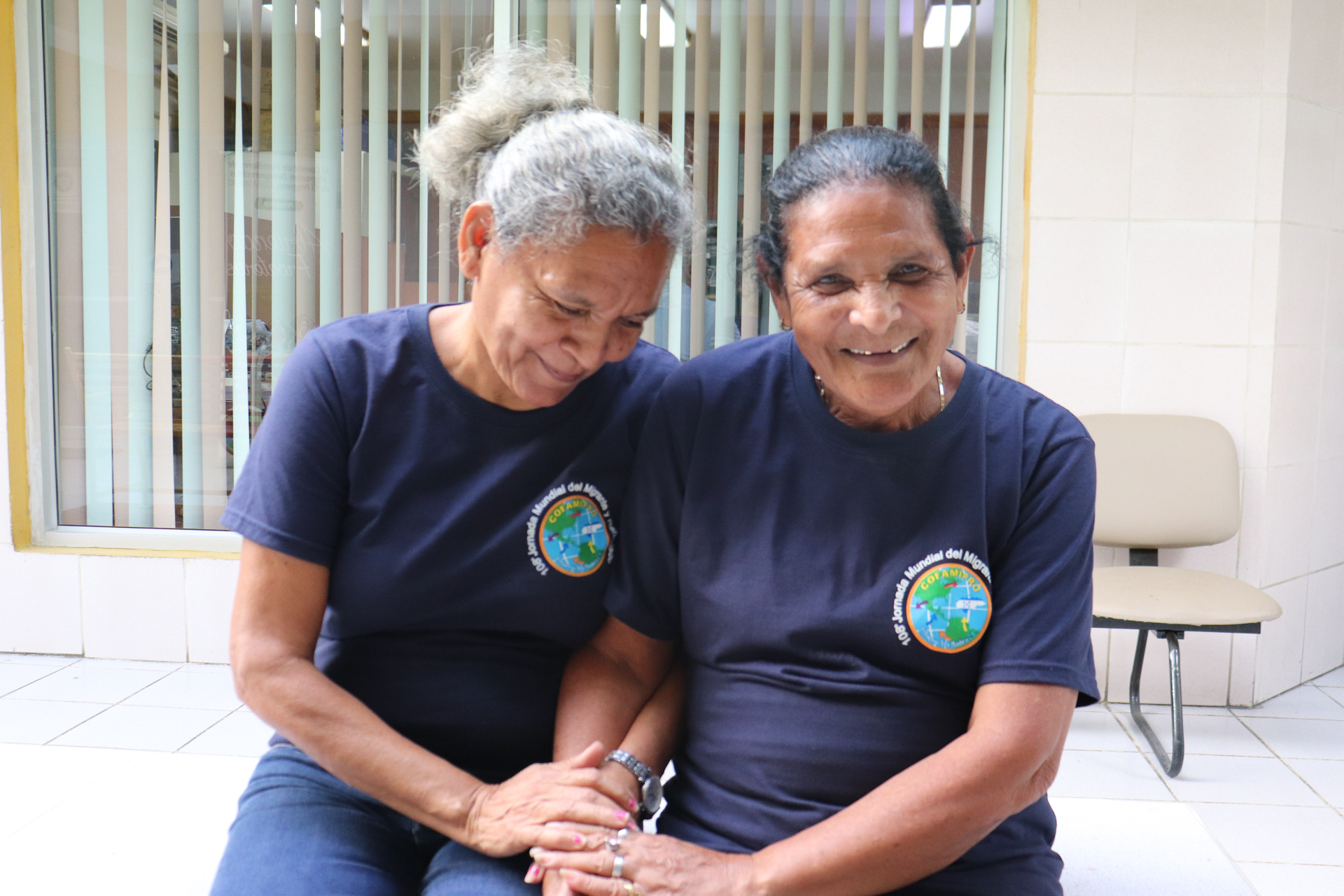 Pilar and Leticia were lucky enough to reconnect with their daughters. Photo: IOM/S. Lagos

Pilar endured seven years without knowing the whereabouts of her daughter who left without a word for Mexico to escape gender-based violence. Finally, in early 2017, the Committee found her daughter's address and Pilar was able to see her daughter later that year.

In Leticia's case, her daughter decided to embark on the migratory route to the United States in 2004 for economic reasons. "The farewell was the most painful," says Leticia. “I was left broken, with a lot of sadness and pain. At first, we talked a lot, but then we lost touch.”

With the help of social media Leticia discovered that her daughter was alive after 14 years of anguish. Leticia was able to see her daughter again and she recounts, "That reunion was the most beautiful moment of my life; it was full of emotion.” 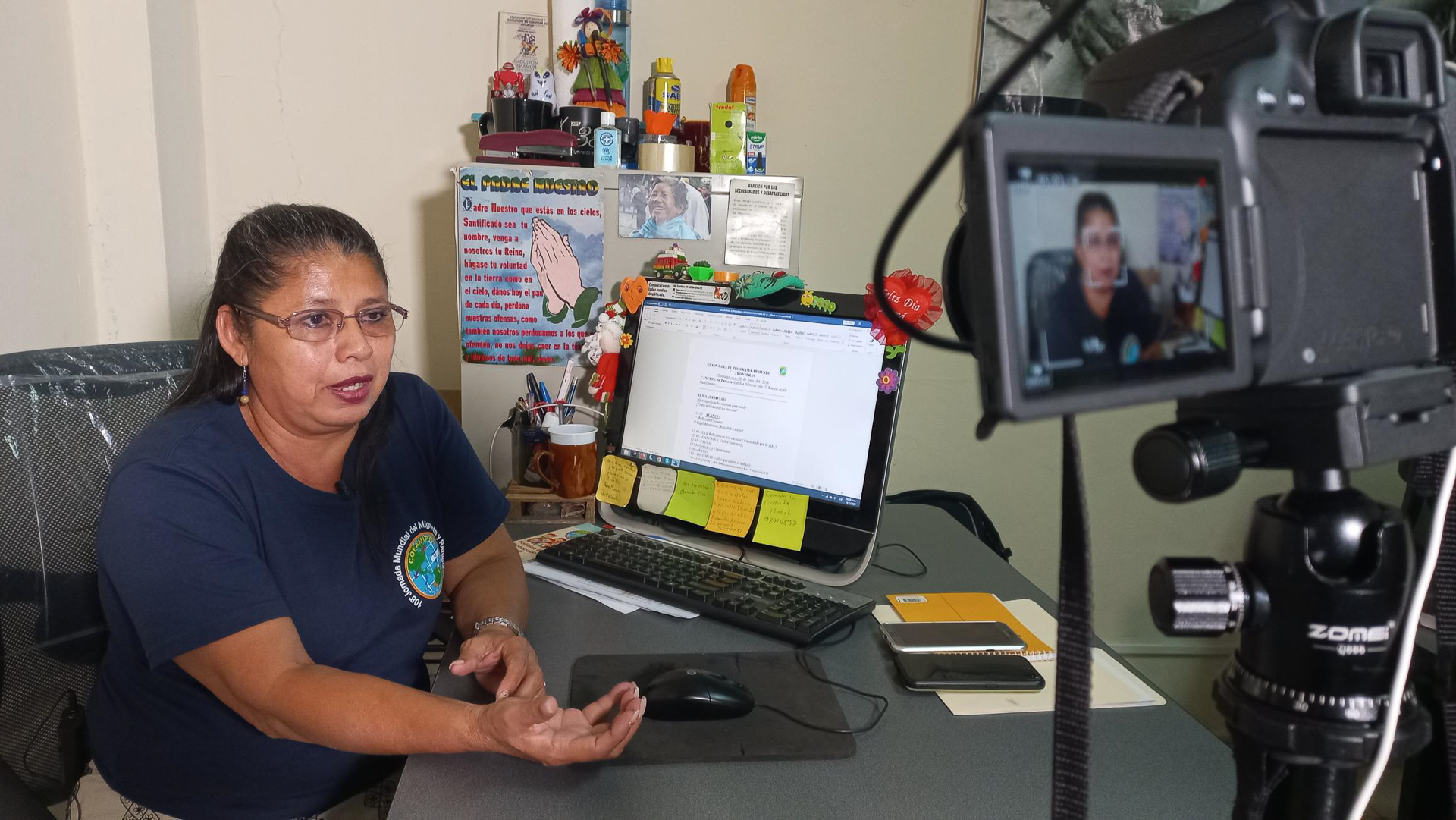 In Honduras, mothers have organized to tirelessly look for any clues to find their children, who disappeared while migrating, in search of a better life. Photo: IOM/I. Cruceta

These stories of heartbreak and waiting highlight the many risks associated with irregular migration. Coordination between countries must be strengthened to enable the search for missing migrants so that family members who are left behind can know the fate of their loved ones.

This story was written by Ismael Cruceta and Marcela Díaz from the Communication and Public Information Unit of IOM Honduras.