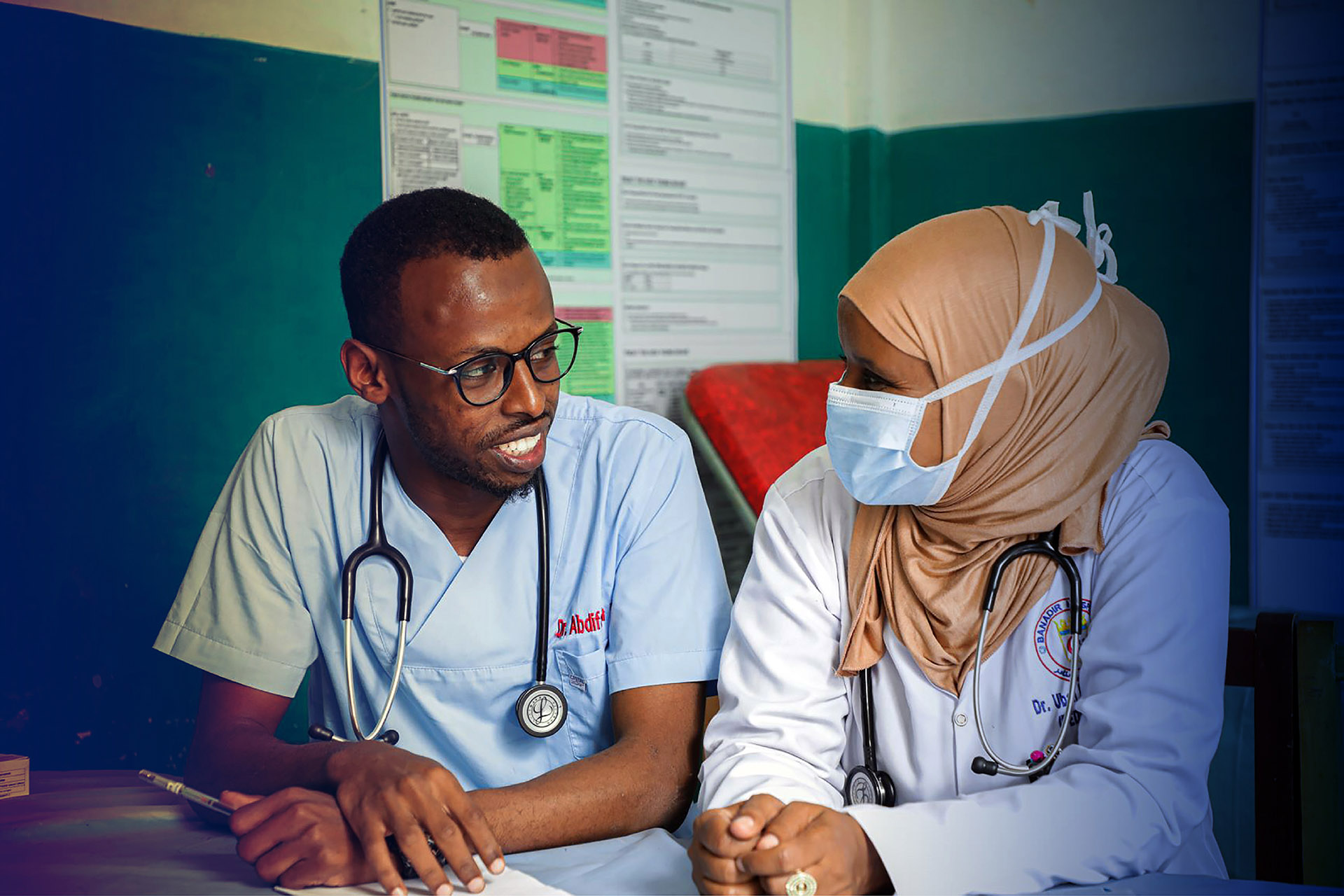 Mogadishu, 14 Apr 2021 – For Dr Ubah Farah Ahmed, returning to Somalia was not an easy decision to make, but she knew it was the right thing to do.

“I have two children who are now in their mid-twenties still in Rome, but they understand why I had to return,” she says.

With an elderly father living in Mogadishu, the 48-year-old pediatrician had always known she would be back one day “to do my part to help.”

She left Somalia in 1991 due to the civil war and lived in Italy for the last 29 years, where she also studied medicine.

In the wake of the central government’s collapse in 1991, Somalia continued to face conflict across many parts of the country. A lack of livelihood opportunities also forced thousands of people, including skilled professionals,  to flee and settle in many parts of the world.

Almost three decades later, many Somalis are returning to fill the gap created by the war. Among them are experts like Dr Ubah.

“As diasporas, we've had the privilege of studying in very good institutions around the world and it is vital that we advance the development of Somalia by applying our experience and skills to the new generation who do not have the opportunity,” Dr Ubah says.

She is fully aware that pockets of instability remain.

“Some areas can be dangerous, but we realized that the country needs its best people to return," says Dr Ubah, who is working in the women and pediatric department of Banadir Hospital in Mogadishu.

Her return to Somalia was facilitated by the Migration for Development in Africa (MIDA) FINNSOM programme, implemented by the International Organization for Migration (IOM).

IOM mobilizes donor resources which make it possible to recruit specialists from the diaspora. They are then deployed to state institutions where their skills contribute to the strengthening of capacity while also transferring their knowledge to young local professionals through a mentorship programme.

To date, close to 500 individuals have returned to Somalia through MIDA and provided support in a wide range of areas, including education, health, public finance, migrants rights, justice and the rule of law, and many others.

Dr Ubah joined MIDA in 2020 with the intention of sharing her skills in pediatrics with other health care professionals. “I noticed that there was an immense hunger for my specialty and knowledge,” she says. “My dream is to contribute to reducing the neonatal deaths in Somalia.”

There are about 6,000 health workers in the country, according to Somalia’s National Development Plan 2020 – 2024. Many of them have little experience in dealing with critical cases due to the lack of training institutions and support programmes. 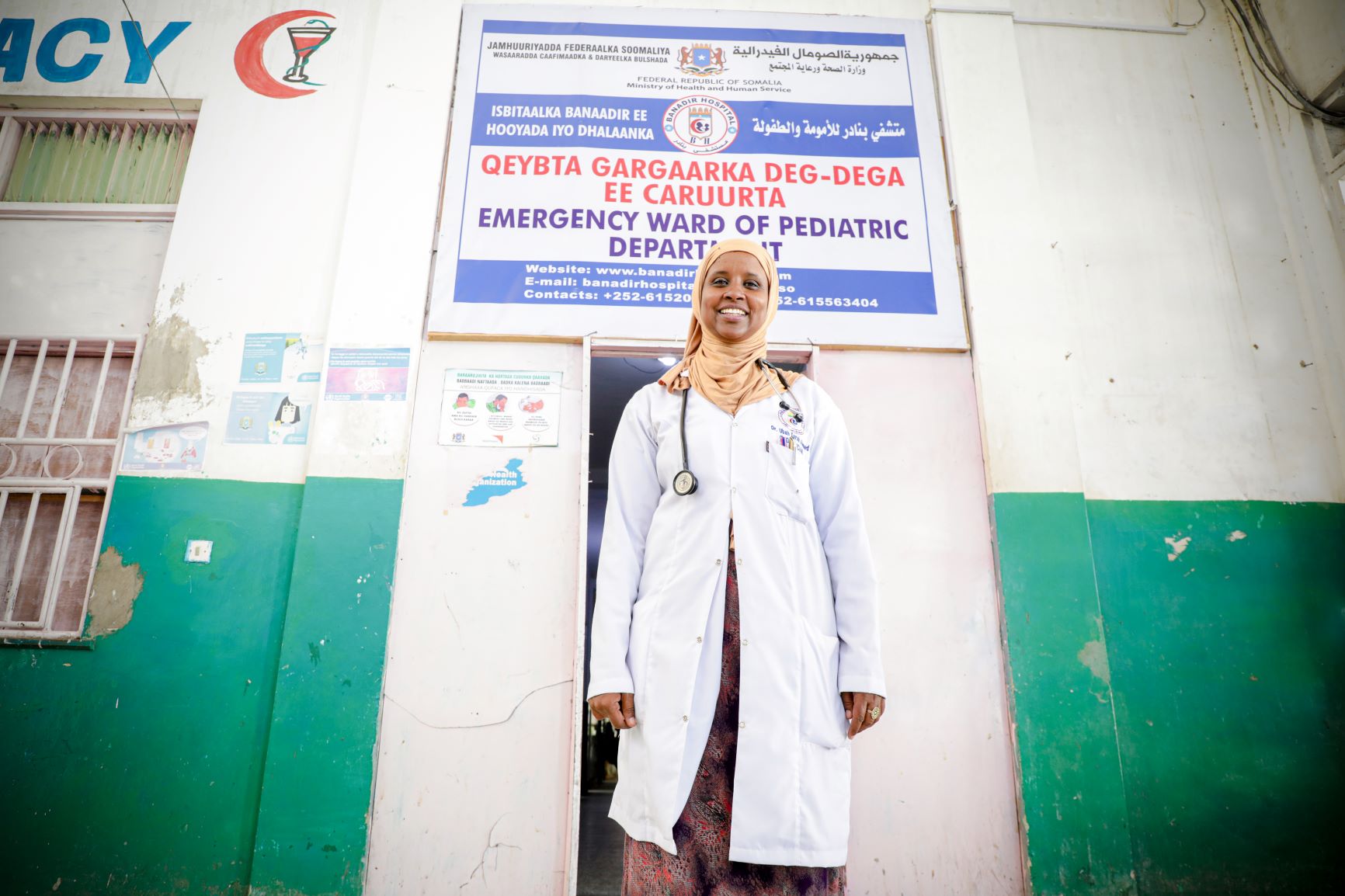 Dr Ubah remembers with pride part of her first week on the programme, when she started to train junior doctors on neonatal best practices: “Before, when infants were in an emergency situation, the doctor would take five or 10 minutes to arrive because they were in another area of the hospital. Now a doctor is always available right when a mother gives birth.”

The head of Banadir Hospital, Fartun Sharif Ahmed, spoke on the excitement surrounding the arrival of Dr Ubah. “We were very pleased when we heard she also had experience with newborn babies, which was a qualification that we desperately needed,” she said. “The impact has been huge on mothers and their newborns.”

The country’s health system had many setbacks over the past 30 years and Somalis are excited to see more diaspora professionals like Dr Ubah coming back to support them to bring the country back together. “Without her, we wouldn’t be able to provide this quality service. Dr Ubah helps us with anything the hospital requires, not only for the pediatric unit but with anything that will help progress the hospital,” Fartun Sharif Ahmed added.

The MIDA programme also recruits local junior professionals and interns to learn from the diaspora specialists and to ultimately continue applying their new skills once the experts are gone. 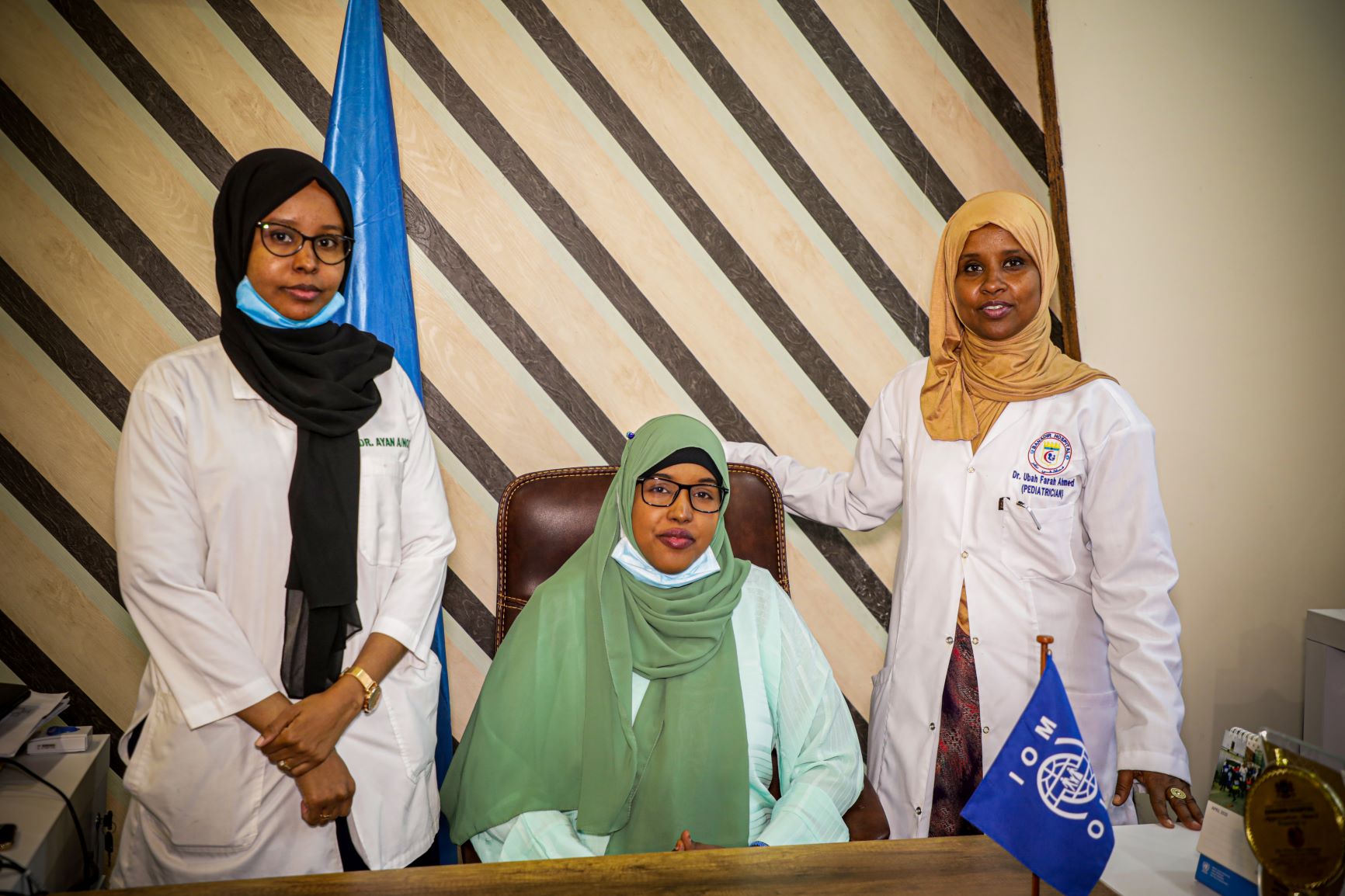 Dr Ayaan Abdinur Elmi is one of the professionals learning from the senior pediatrician. “She understands and accepts the context in Somalia in the most respectful way. For her to leave a peaceful environment in Rome and then to come over to Mogadishu is truly inspiring,” says Ayaan Abdinur Elmi.

Dr Ubah’s immediate future is in Mogadishu, where she plans to continue contributing to the upliftment of the health sector while also showing fellow counterparts abroad what is possible.

“There are many Somali doctors based all over the world who are more experienced than me that are now seeing me as a role model,” she says. “I hope my steps will inspire others, not just doctors, but all professionals to come back and pass on their skills to our sprightly country.”

Dozens of testimonies collected over the past years demonstrate the far-reaching impact that Somalis are having on the development of their own country. The passion and determination of the Somali diaspora is driving recovery in the country and contributing to the National Development Plan, the Global Compact on Migration and the  2030 Development Agenda.

Dr Ubah’s assignment was possible thanks to the generous funding of the Ministry of Foreign Affairs of Finland through the MIDA FINNSOM programme. For 12 years, the programme’s main goal is improving the health and education outcomes in Somalia, through the active engagement of qualified Somali diaspora professionals from Finland and elsewhere.

To learn more about the IOM MIDA programme and/or other experts and development initiatives, please contact iomsomaliapsu@iom.int or visit the MIDA website.