“I Have Regained My Strength”: More Must Be Done to Curb Tuberculosis in Iraq 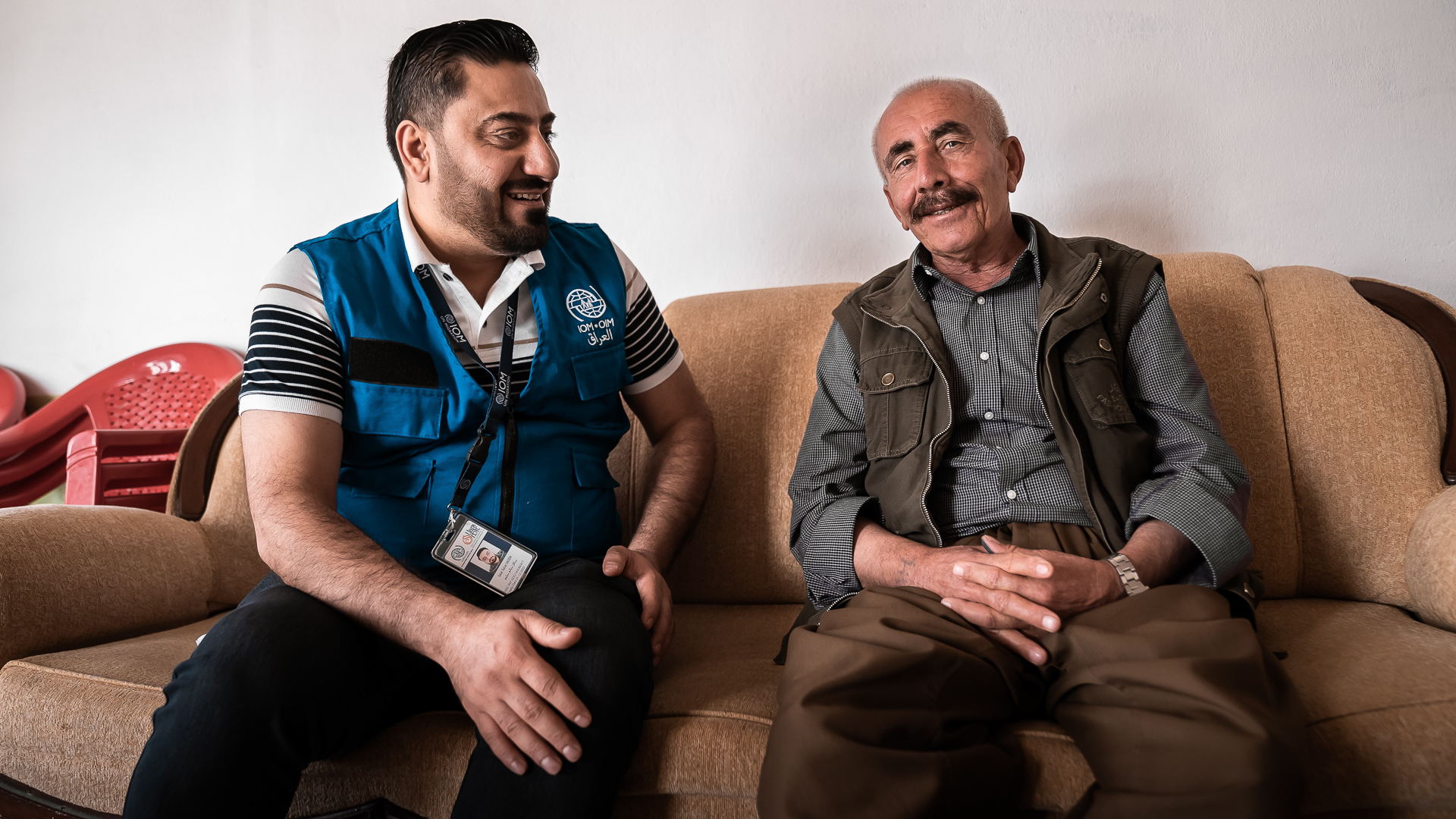 Sheikhkan village, 20 June 2022 – There was a knock at the door. It cracked open, and 64-year-old Abdi peered out from behind it. His eyes glowed when he saw Salar and Adil standing at the gate. “Come in, come in, brothers,” said Abdi, leading them into his home with a big smile on his face.

“Salar and Adil have visited me so many times that they have become part of the family,” he explains.

The two are part of the International Organization for Migration's (IOM) Duhok-based Mobile Medical Team (MMT) – a service designed to deliver essential medicine and health care to vulnerable populations across Iraq. Abdi and his family were displaced during the Islamic State in Iraq and the Levant (ISIL) conflict in 2014. The family now lives in Sheikhkan, a remote village nestled in the western region of Iraqi Kurdistan’s Sheikhan district in Duhok Governorate.

Salar and Adil have been in touch with Abdi on a daily basis for almost six months. They met in early January 2022, when the medical centre in Sheikhkan referred Abdi to Salar’s team because he was coughing up blood and phlegm, and constantly vomiting. 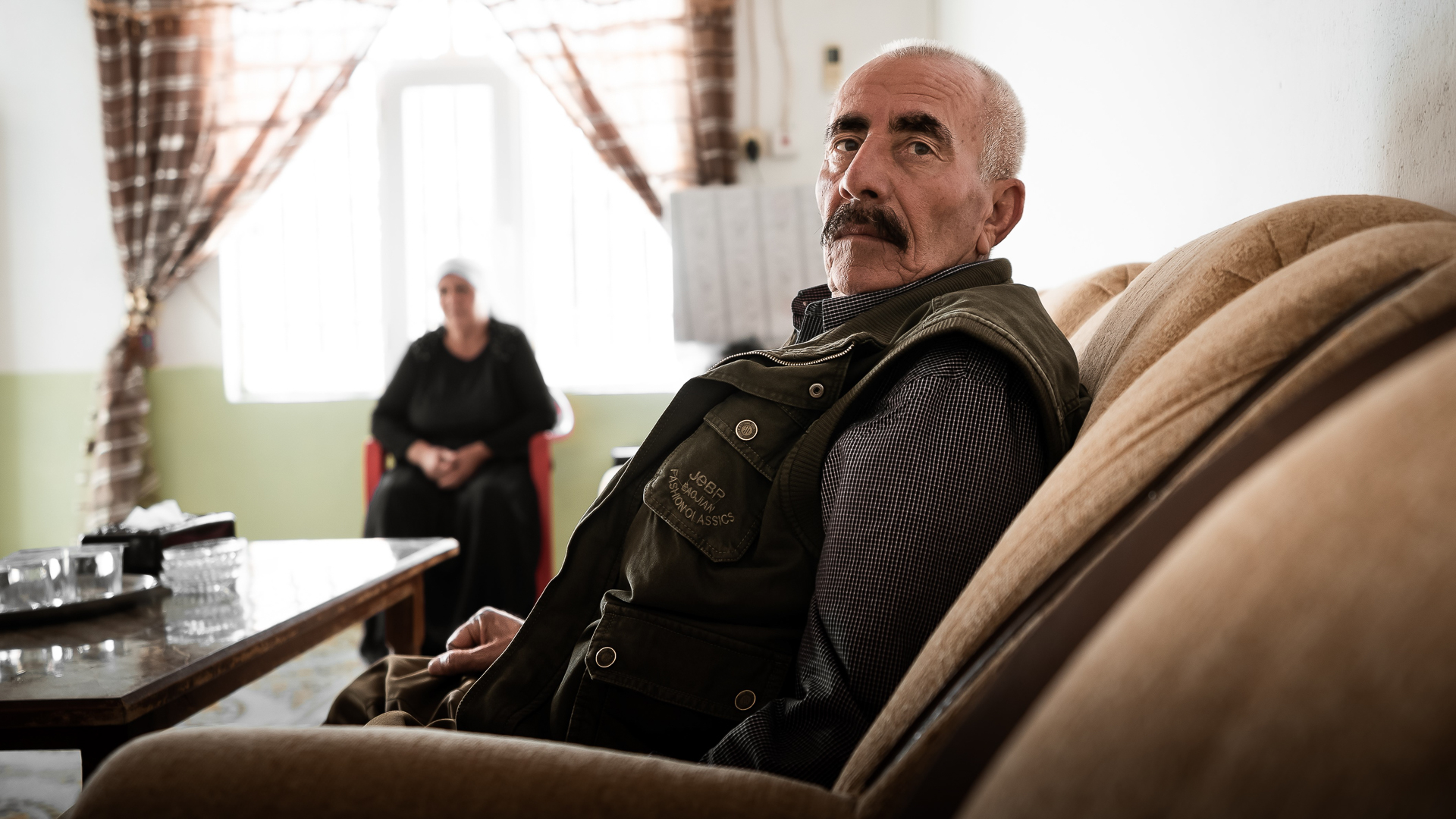 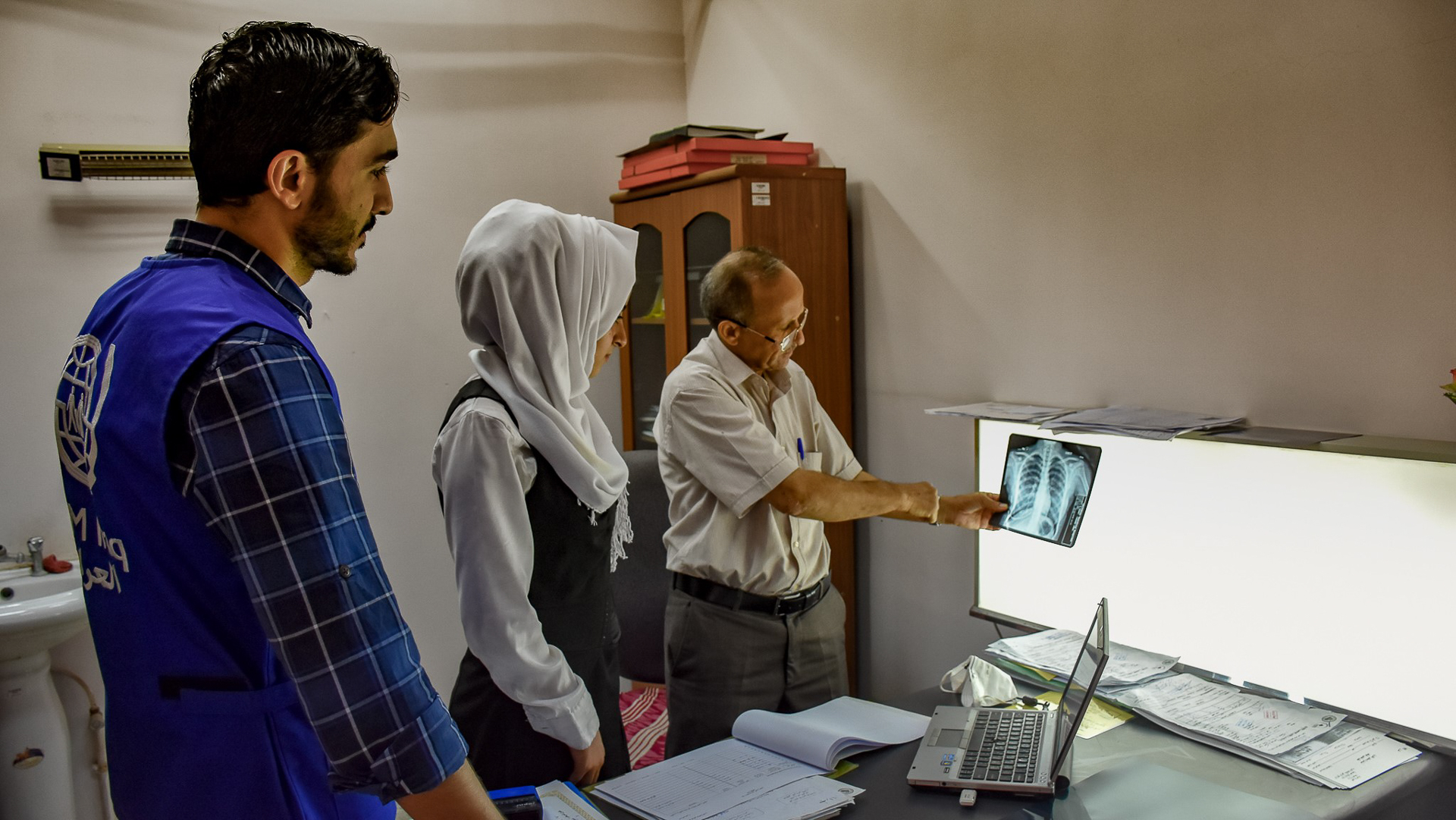 Abdi was transported to a TB centre for urgent examination as soon as he showed symptoms of TB. Photo: IOM/Raber Y. Aziz

“I didn’t know what it was. I felt sick to my stomach. I lost my appetite – whatever I ate, I would immediately throw it up. In a few weeks, I went from 76 kg to just over 40 kg,” Abdi recalls of the first few weeks before he was referred to the MMT.

Having seen such symptoms before, Salar – a nurse by training and IOM Iraq’s tuberculosis (TB) focal point in Duhok Governorate – had a strong suspicion about what was ailing Abdi. He immediately transported Abdi and his wife to the TB centre in Duhok city for urgent examination. Sure enough, Abdi tested positive for TB.

Iraq has one of the highest rates of TB in the Middle East and North Africa. Since 2014, the ISIL crisis and subsequent military operations to retake the areas under ISIL control further deteriorated the capacity to manage TB across the country.

The humanitarian situation in the country continues to be volatile, and over 1 million people remain in displacement, with around 180,000 still living in camps for internally displaced persons (IDPs).

There are six districts in Duhok Governorate, but only four TB management centres. Sheikhan district – home to many IDPs and vulnerable host communities – doesn’t currently have an active TB management facility. 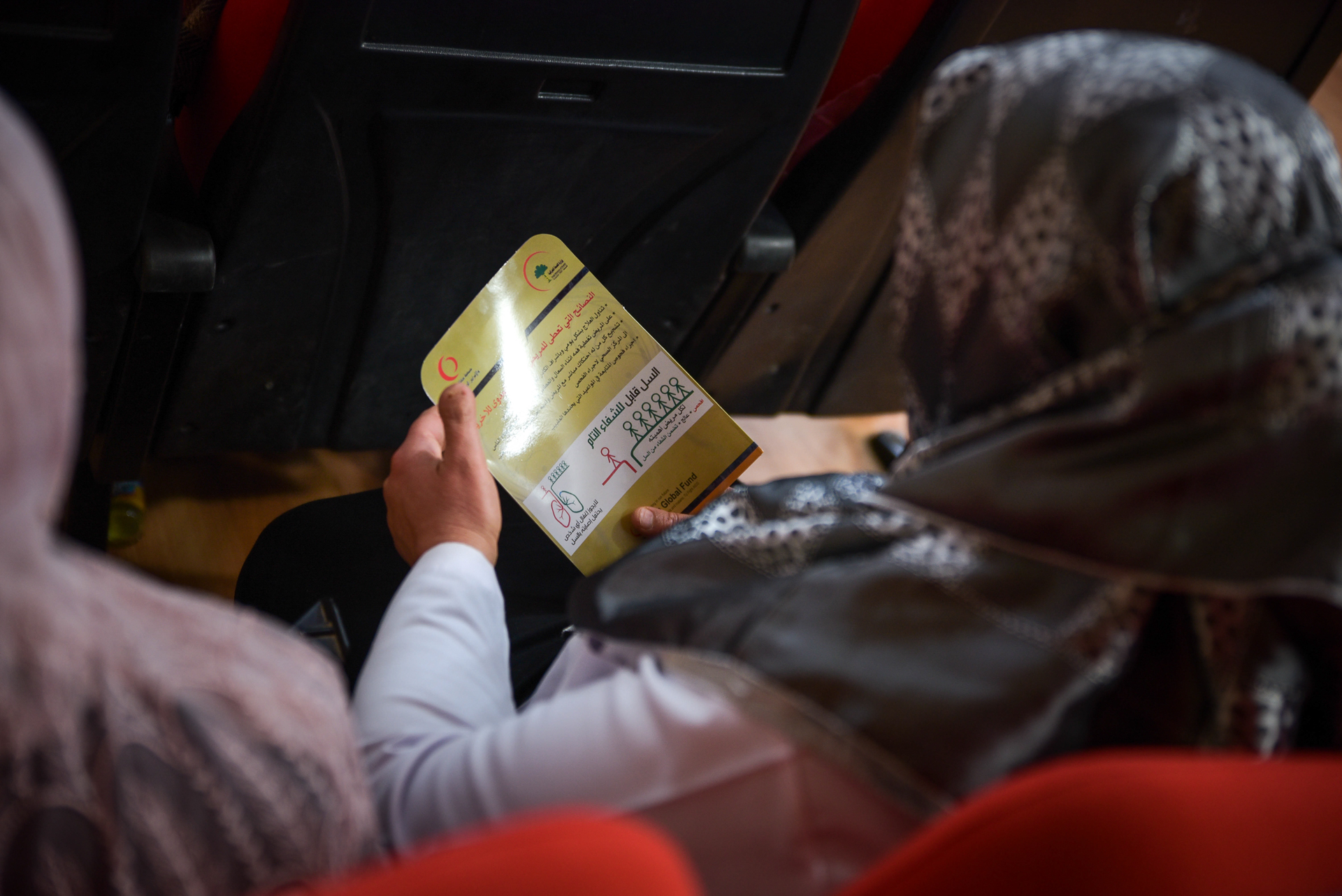 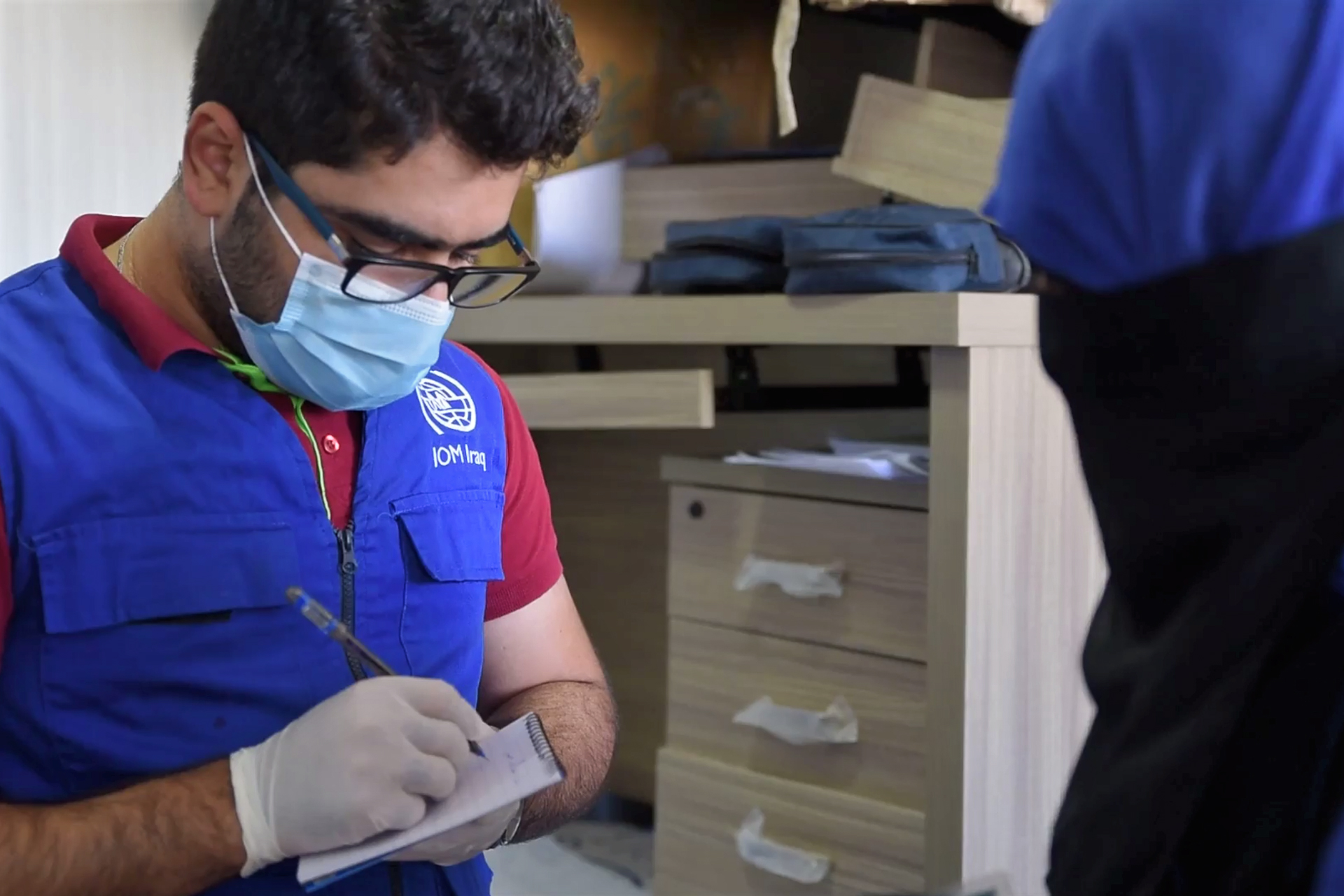 Although TB is curable, Abdi’s case was particularly challenging due to his diabetes and heart problems.

“This is a problem for a patient with TB because sometimes, the TB medication may interfere with his heart or diabetes medicine. Patients have to be on a very rigorous and continuous treatment course for it to be effective,” explains Salar.

“Another issue is that since the patient is diabetic, he cannot eat many types of foods that are very important for a patient because they need to go on the TB medication course.”

Nevertheless, Abdi made a remarkable recovery in a mere six months. “When I first saw him, he was very weak. Now, he has regained his weight, he is healthy, his diet is in order, and he will soon be fully recovered,” Salar goes on.

“Taking all these different medications is hard – one affects the other, and they give me different pains – but I know it is necessary and that I need to go through with it to get over TB,” says Abdi. 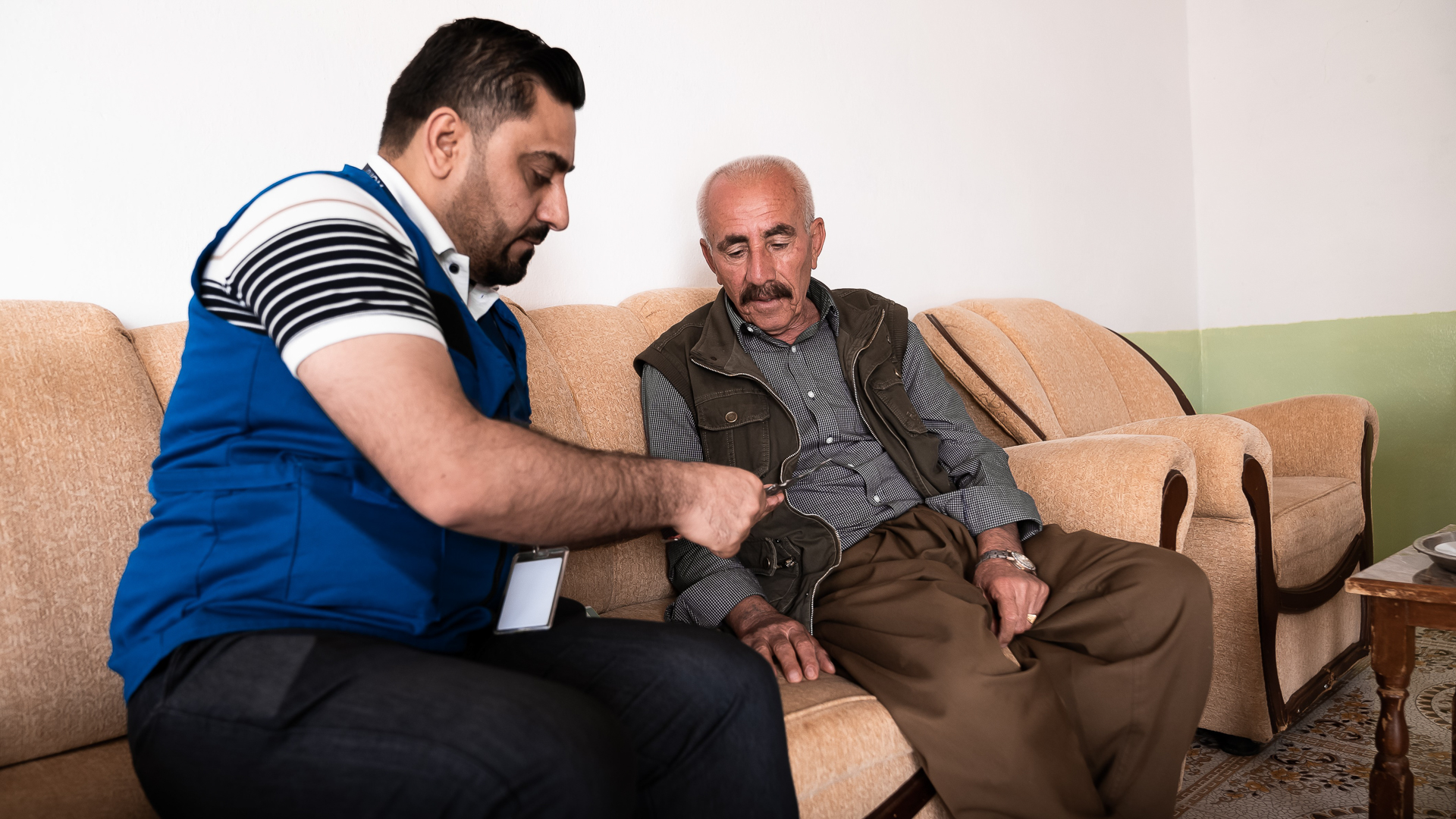 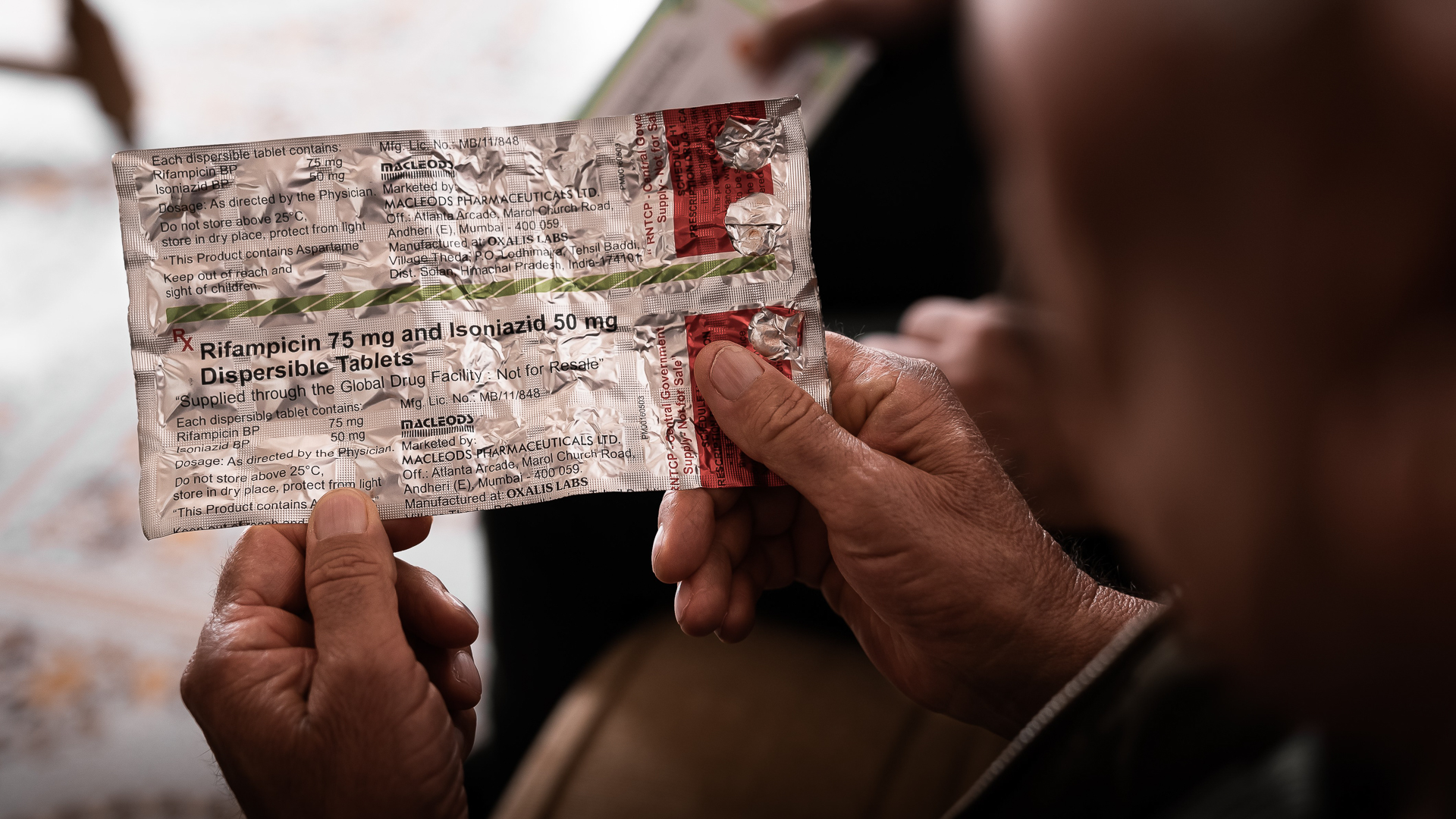 “My coughing has stopped, there is no blood or phlegm, and I have regained my strength. I can eat normally without fear of vomiting; I am just under 70 kg now. I am really grateful for all the support IOM's MMT has provided me. They have been with me one way or another every single day for the past six months.”

Though Abdi can now count himself among those across the country in recovery from TB, there are still many who require life-saving assistance – including IDPs living in camps and informal sites, those experiencing secondary displacement, recent returnees, refugees, and host community members.

“We have over 60,000 IDPs and over 60,000 refugees in camps in Duhok, not including those from the host communities that we cover, and this is a huge area. It has been easy doing surveillance and contact tracing in the camps because there are frequent awareness-raising campaigns and mass screenings to look for suspected cases,” Salar notes.

“But there are so many locations that we simply cannot get to because they are in remote areas and since we already have a large number of cases to deal with in the camps and certain communities.” 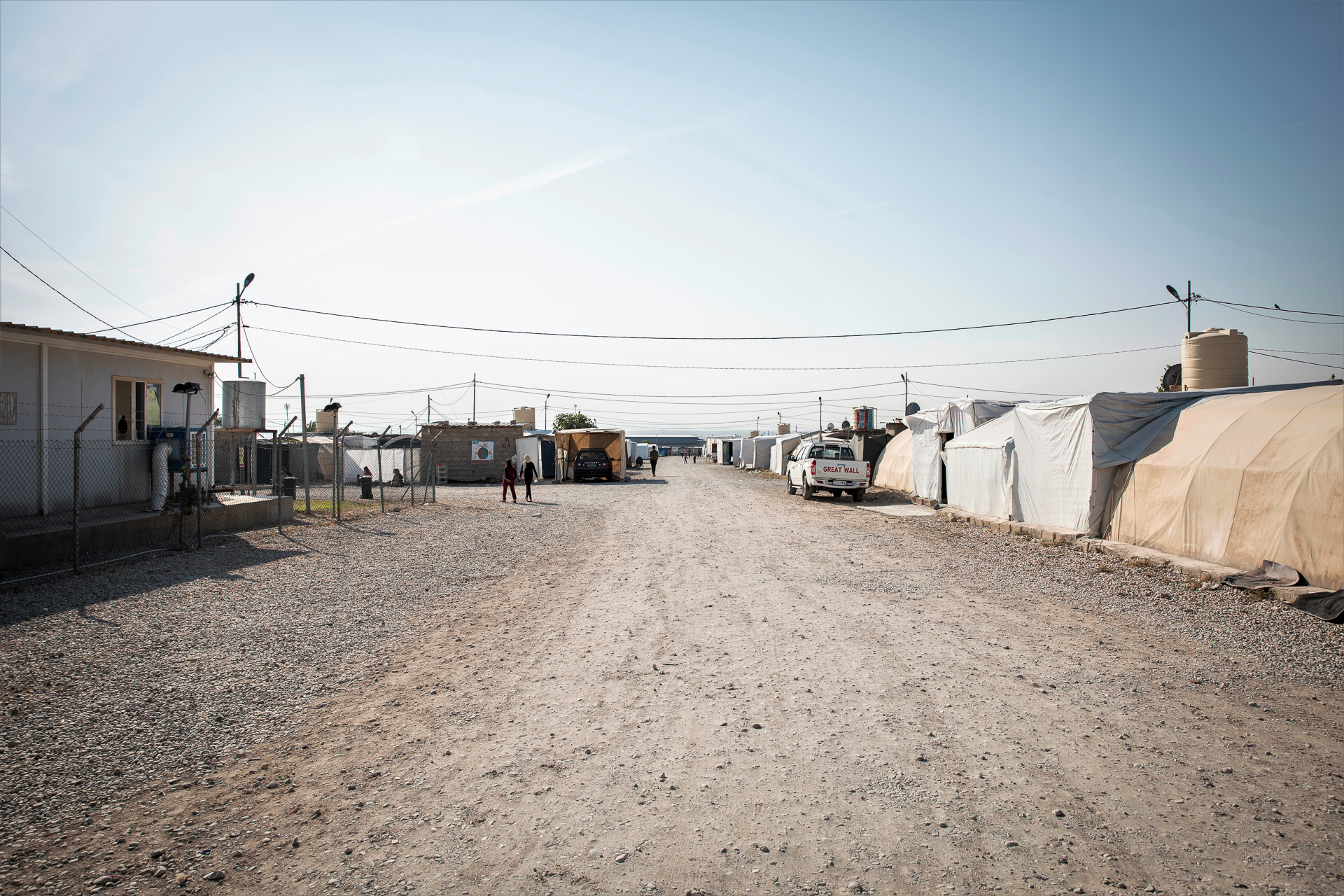 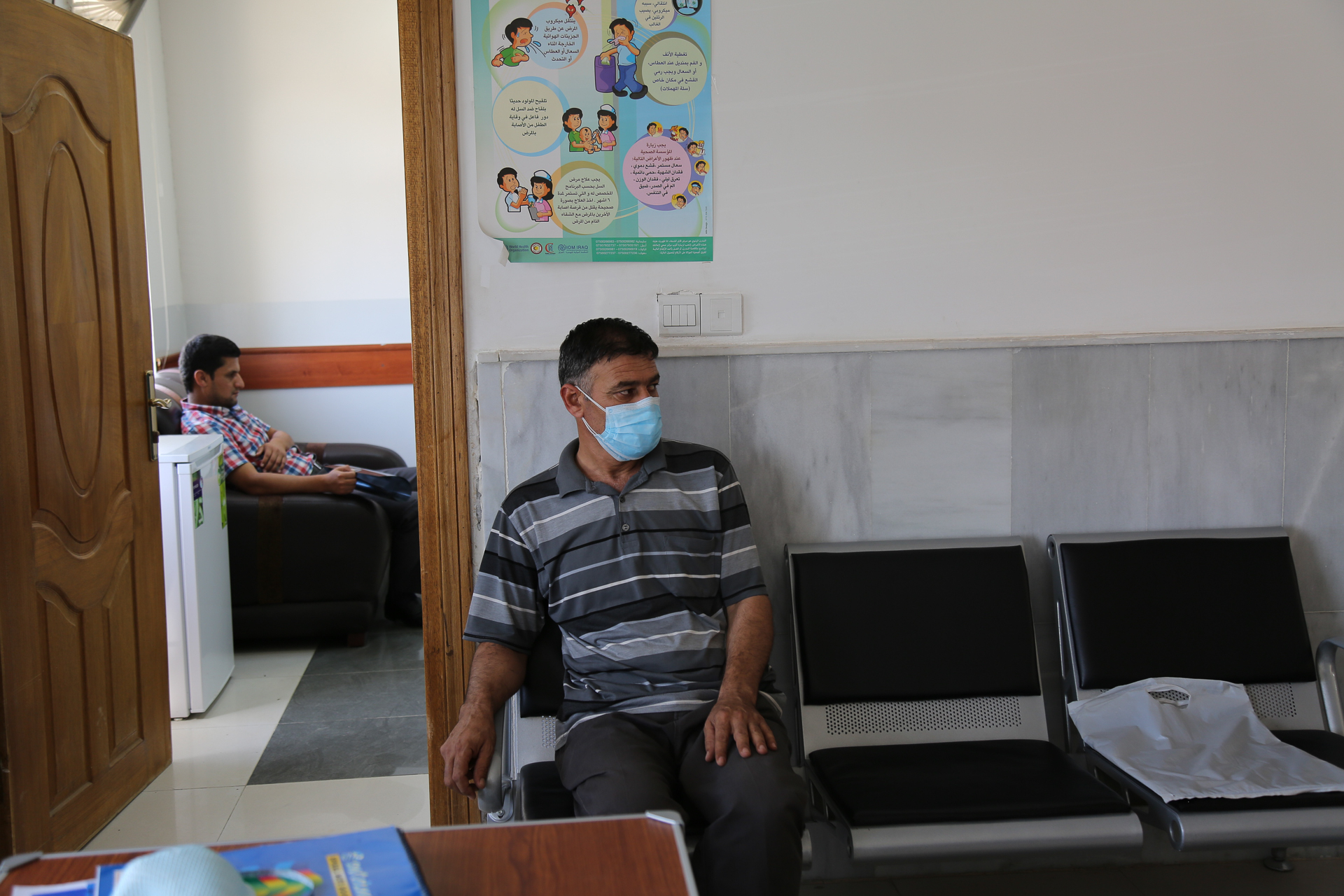 Efforts by the NTP and IOM to curb the spread of TB have been fruitful in treating thousands of patients across Iraq since 2017, when the Global Fund started supporting the Government of Iraq’s programme, but more needs to be done.

This includes increasing the number of MMTs across the country to widen the geographic coverage and deal with cases among vulnerable populations in camps, returnee communities, and host communities; increasing TB management units and opening diagnostic centres in each governorate (currently there are 135 functional TB management units in Iraq); making more TB medication supplies available; and organizing more mass awareness-raising campaigns.

TB is a curable illness. Steps like these would lead to more patients like Abdi being saved. 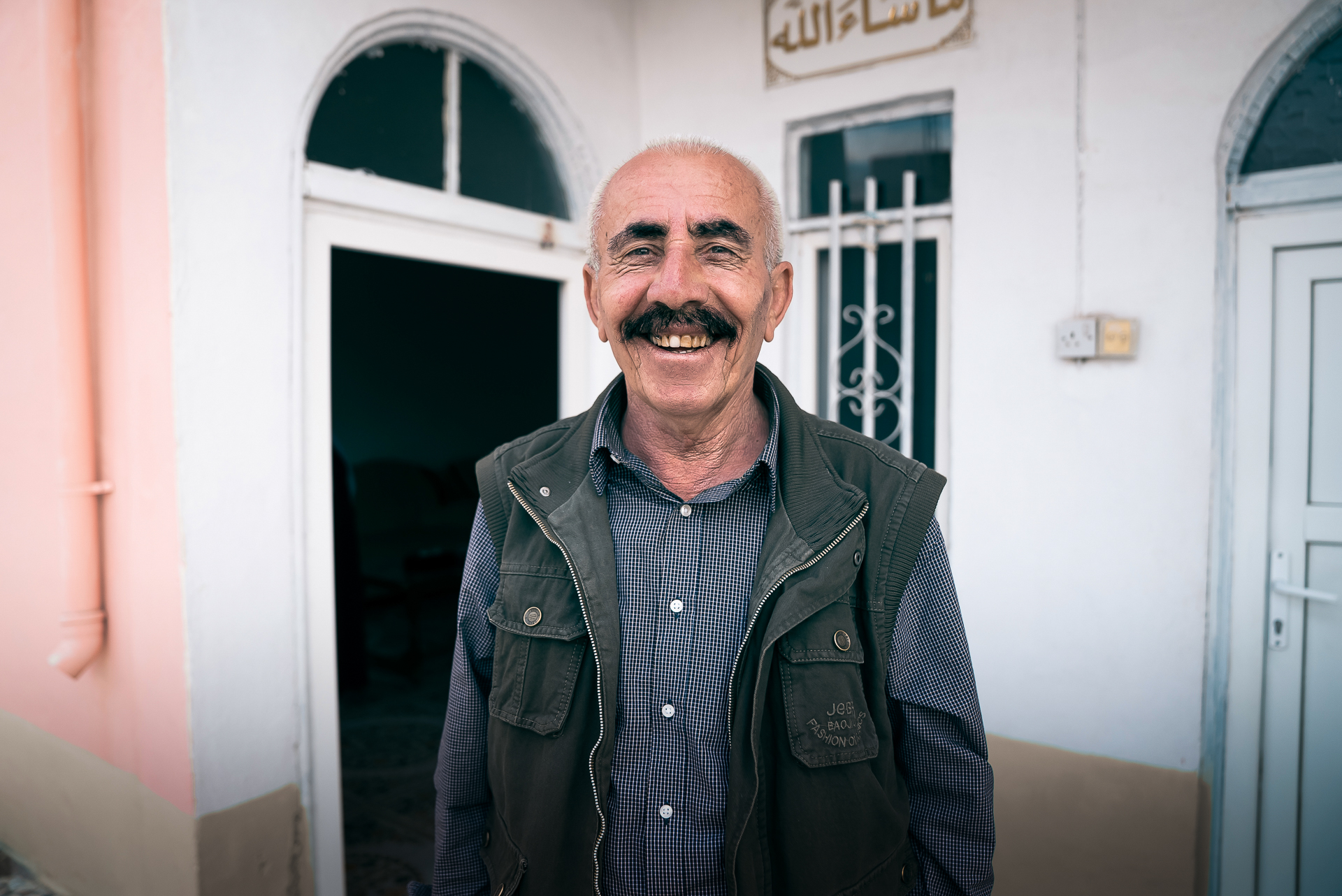 “My coughing has stopped, there is no blood or phlegm, and I have regained my strength,” Abdi says. Photo: IOM/Raber Y. Aziz

IOM’s TB response in Iraq is possible thanks to the support ofthe Global Fund.