Sixteen-year-old Elisabeth* leans back on her bed as she tells her story of being trafficked at age 12. Photo: IOM/Lauriane Wolfe

I’m Not Old Enough to Be a Woman: A Burundi Child’s Protest Ignored

"After raping me, he told me that I was still a child, and he threw me outside to sleep. This is the first time I have told anyone because I was scared to say something before." And so, 12-year-old Elisabeth's childhood was forever changed.

It had never been a happy, care-free upbringing after her stepfather forced her to live with her grandparents.

"Life was difficult with my grandparents, there was no food to eat. I left to stay with a friend whose neighbours said there was a woman in the village offering to take her to Tanzania," says Elisabeth.

She knew she wouldn’t get a salary there, but it meant food on the table and a bed – for a while.

"The woman started to ask me to steal bananas from neighbours’ crops and threatened to kick me out if I refused. Another family in the village offered for me to go their friend’s house to work instead.  They introduced me to a man that was to be my new husband. I refused and told them, 'I did not come here to marry'. They laughed and took me to a bar nearby.''

She went along but did not drink. "We came back at night, and they told me I could sleep in the man’s house next door. When I refused, they suggested one of their girls could accompany me, but it was a trap. The man asked the girl to get him a beer and instead she locked the door from the outside, leaving me alone with him.

'''Even if you refuse to marry me, I already paid your dowry in beers tonight', he told me.

She struggled and screamed but no one came. "They all could hear and knew what was happening. Eventually, he overpowered me. I was 11 or 12 years old at the time.''

Elisabeth went from house to house, staying with anyone who would take her in. "Some refused my offer of domestic work because I was a minor. Others offered me 30,000 Tanzanian shillings (EUR 11) a month, but I never received it. Each time I asked for it they would reply 'later', 'another time' or 'how do you think we pay for your food and bed? That’s already money'.

Eventually neighbours called a Tanzanian organisation called Kiwohede, and the International Organization for Migration (IOM) in Burundi, which collaborates with the NGO to assist and reunite child victims of trafficking (VoT), stepped in. " Kiwohede took me into their shelter until IOM came and helped me to find my family and bring me home.''

Now 16 and too old for primary school, Elisabeth is being taught couture. ''I hope that I can be really good at it and become independent with this profession."

Elisabeth's disturbing story is all too familiar. Human trafficking is an issue that hangs in the air like smoke in Burundi. It permeates society as it does across the world in at least 148 countries.

Burundi is a source country for children subjected to forced labour and sex trafficking. According to the United States (US) Bureau of international labour affairs, children are trafficked to Tanzania for work in agriculture and gold mines or domestic work. Burundian girls are trafficked internationally for commercial sexual exploitation in Kenya, Rwanda, Uganda, the Democratic Republic of the Congo, and countries in the Middle East. In Burundi, trafficking in persons mostly involves forced labour, commonly for domestic work and childcare, along with agriculture, hospitality, construction, begging, and peddling. 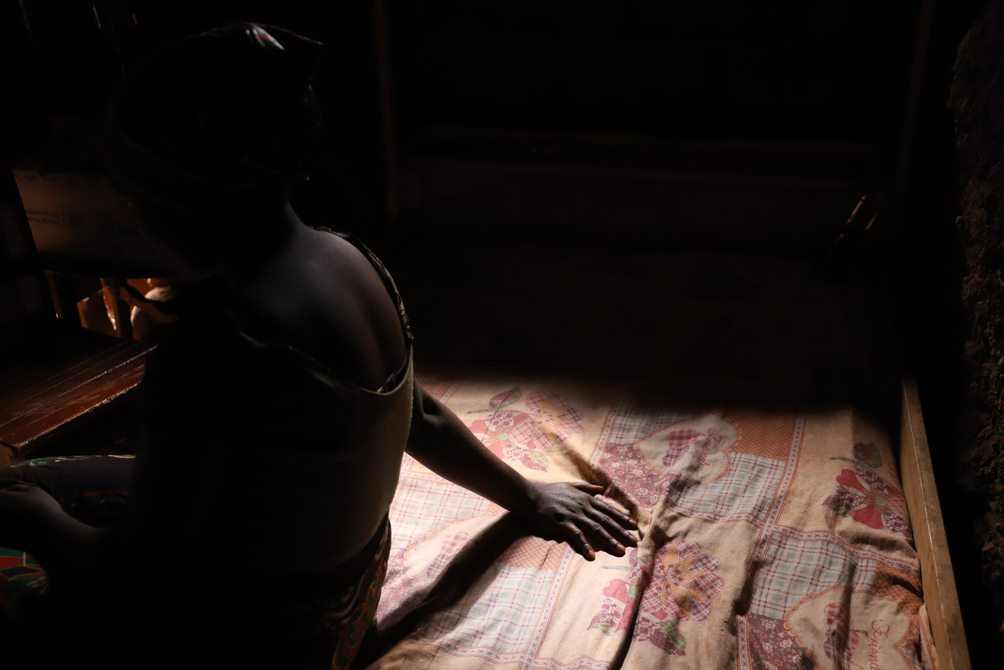 Elisabeth* at her home four years after being rescued from traffickers. Photo: IOM/Lauriane Wolfe

From victim to survivor

The centre which helped Elisabeth works to identify and shelter girls who have been trafficked in one of the 23 districts and seven regions which they cover. They work with local authorities to conduct door-to-door visits to scout for children who are being exploited and to raise awareness through local radio stations.

“People often call to alert us of children in exploitative situations,” say Tuyizere*, the centre's manager. The centre identifies child victims of trafficking (VoT), provides them temporary shelter, and it offers psychosocial counselling and life skills training. There are games, toys and an area to play group sports. Often these children are illiterate and are too old for primary school. Professionals teach life skills such as how to sew, to weave baskets, to cook or make soap, among other things. “The children also share their knowledge and talents with other children if they can,” adds Tuyizere.

IOM conducts its own screening to identify the VoT and provides psychosocial counselling services, in addition to support provided by UNICEF – the leading United Nations actor on child protection. Finding the children’s families, assessing whether it is safe for them to return and helping them to reintegrate within their communities is integral. 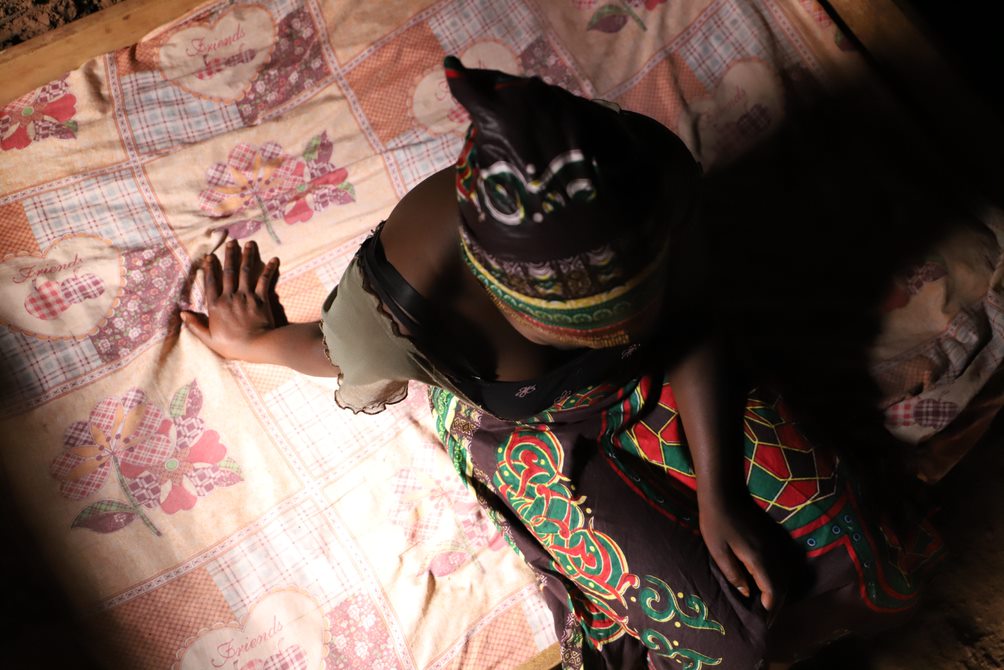 Sixteen-year-old Elisabeth* seated on her bed at her home four years after being rescued from traffickers. Photo: IOM/Lauriane Wolfe

Burundi ramps up efforts to combat Trafficking in Persons

IOM data show that over 1,000 VoT have been identified and assisted in Burundi since 2017 but this direct assistance is only a fraction of the effort to combat human trafficking in the country. IOM Burundi is engaged in  several initiatives to strengthen government capacity to combat TiP, thanks to generous support from the Kingdom of the Netherlands and USAID.  These include hosting mass awareness activities throughout the country and training police, magistrates, and immigration officers on TiP, Gender-based Violence and wider protection issues. According to the Institute of Statistics and Economic Studies in Burundi, labour laws are not sufficiently enforced which then encourages the normalization of certain forms of exploitation, such as non-remuneration for economic activities which affects more than a third of women and men between 15 and 49 years. 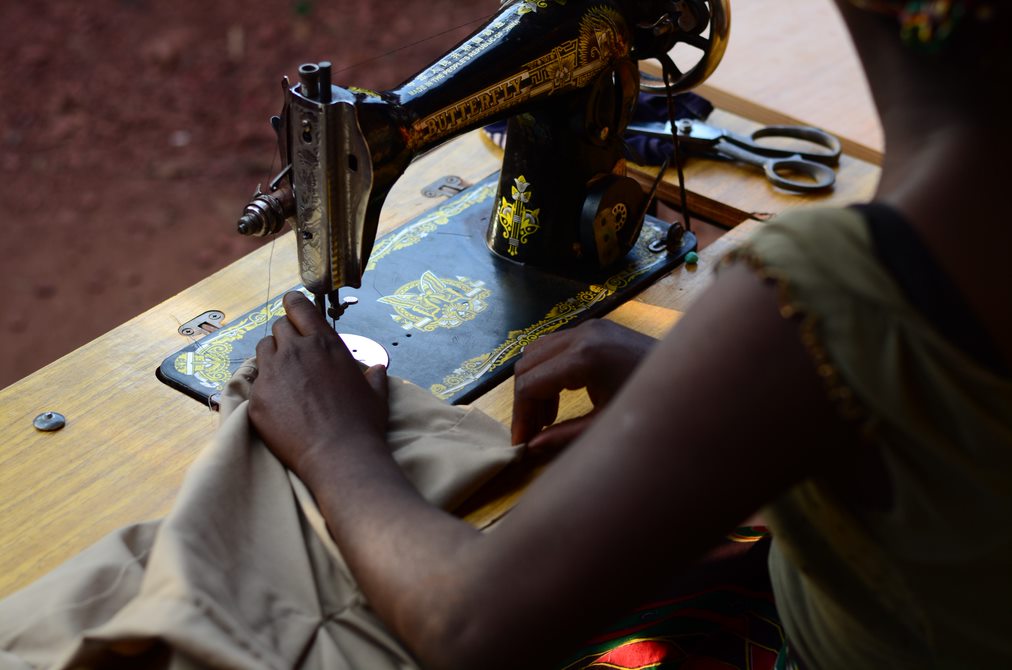 Sixteen-year-old Elisabeth* during one of the sewing lessons she has taken up to provide for herself. Photo: IOM/Lauriane Wolfe

The Government of Burundi also plays a leading role in the fight against TiP. Recently, in its 2021 TiP report released on 1 July, the United States Department of State announced that Burundi had moved from Tier 3 to Tier 2 Watch List classification. It is now among the countries whose governments have made considerable efforts to meet the minimum standards for the elimination of TiP.

It has appointed an Inter-ministerial Anti-trafficking Ad hoc Committee made up of key ministries and adopted a 2014 Law on the Prevention and Punishment of Trafficking in Persons and Protection of VoT, in accordance with the 2000 Palermo Protocol.

Despite gains, more needs to be done to enhance prevention, protection, and prosecution in the country. To that end, IOM is collaborating with the Government of Burundi and its Committee to finalize standard operating procedures and develop a national referral mechanism to identify and refer victims to appropriate services – among other actions.

*Names have been changed to protect their identities