“Knowledge is Everything”: When Opportunity Meets Perseverance 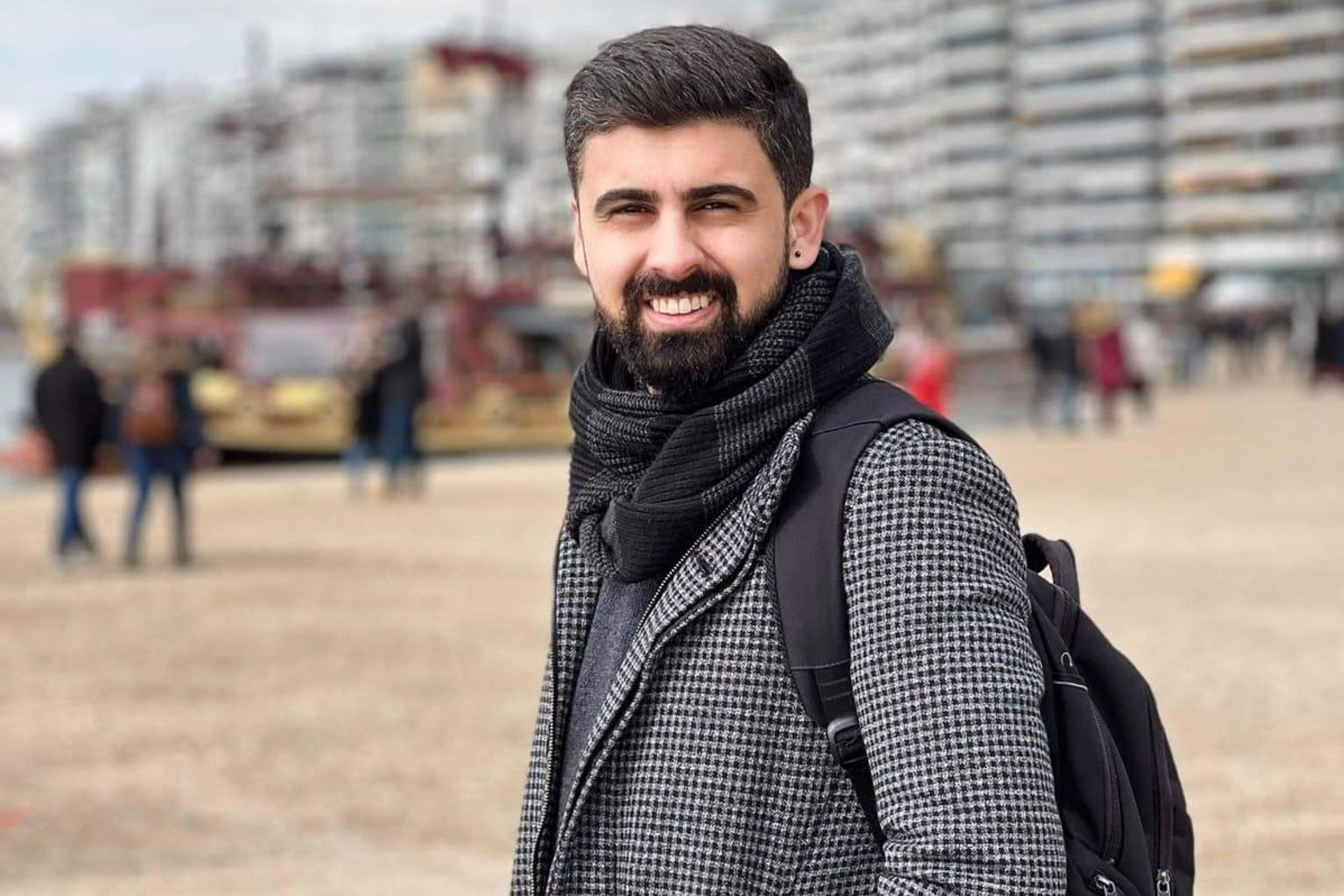 Aram has been living in Greece since 2016 when he left Iraq and has since been building a new life for himself. Photo: IOM/Aram’s personal archive

Thessaloniki, 12 December 2022 – The meeting with Aram took place online, with the camera on. The discussion took place in Greek, even though Aram speaks an array of languages, including Sorani, Arabic, and English.

“When I first arrived in Greece from Iraq in March 2016, I chose not to turn on the camera when I talked to my family; I was stressed as I struggled to settle in,” the 29-year-old recalls.

Aram’s decision to leave Iraq in 2016 was taken on the spur of the moment. After a series of life-changing events, he was left with no other option, he says. From Iraq, he went to Istanbul where he stayed for almost two weeks before travelling further on to Greece. His journey to Europe lasted approximately three weeks.

Starting with his very first day in Greece, Aram was very active and motivated. He spent 15 days in Eidomeni, where he was interpreting, thanks to his excellent language skills.

Eidomeni is a small village in northern Greece, which became in early 2016 an unofficial camp for the thousands of migrants who were arriving in the country.

“In Eidomeni, I was volunteering as an interpreter, but I was also someone who had just arrived in Greece looking for a better life,” he recalls. Soon after, he applied for asylum and realized that Greece could become his new home.

“Back then, there was no internet in the camps and the Skype interview for the asylum application was a real challenge. A Greek volunteer from Eidomeni opened his house to me and I stayed with him for 40 days,” Aram says, remembering what led him to meeting one of his best friends. 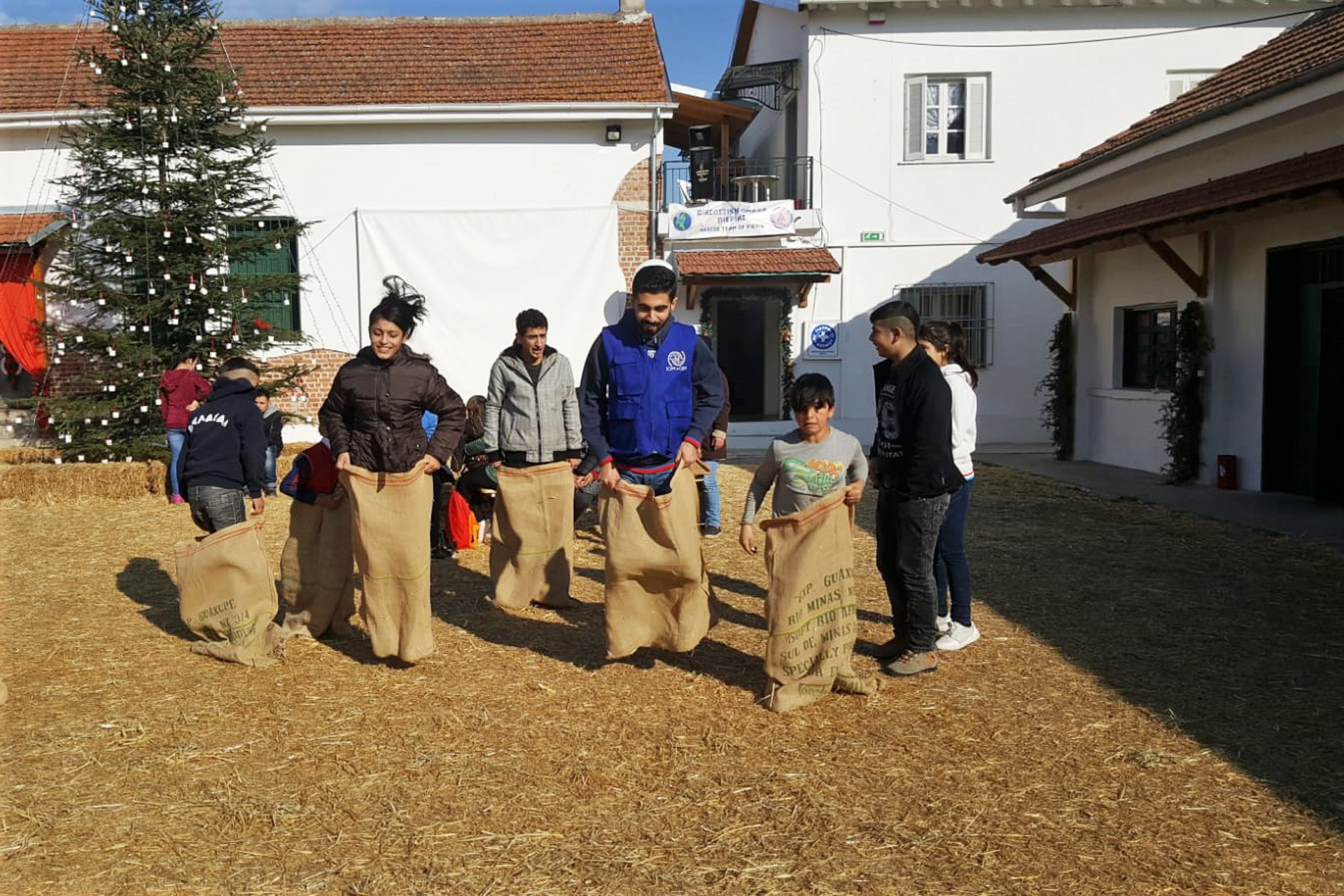 “My first job interview with the International Organization for Migration (IOM) took place in June 2016 while I was still an asylum seeker. It came as a huge surprise for me; it was a positive development which took me time to process,” he recalls. “I remember the demand for interpreting was huge back then. I immediately integrated into my new professional environment and started working as an interpreter in the Derveni camp, and then in Kavala.”

After managing to secure a job, Aram rented his own place in Thessaloniki, the biggest city in northern Greece. “That’s when I called my family with the camera on for the first time and told them that I had found a job,” says Aram proudly.

“I found my first apartment all on my own – I wanted to learn the city that hosted me,” he explains. “I started to walk around, looking for available places to stay; it is important to set goals for yourself,” he adds.

A few months later, in October 2016, Aram was finally granted asylum in Greece.

“Giving back to the community that has been hosting me, is crucial to me as it brings me closer to the people here. The smiles I receive are more common than the obstacles I have encountered along the way. I feel safe here; it’s a place where I have rights, friends, and a job,” he says.

“Every day, I meet migrants, asylum seekers, and refugees who have left their countries in search of a better life. I know how they feel; I can relate. I keep a professional distance, but I support my colleagues and help migrants access accurate and useful information to the best of my abilities.” 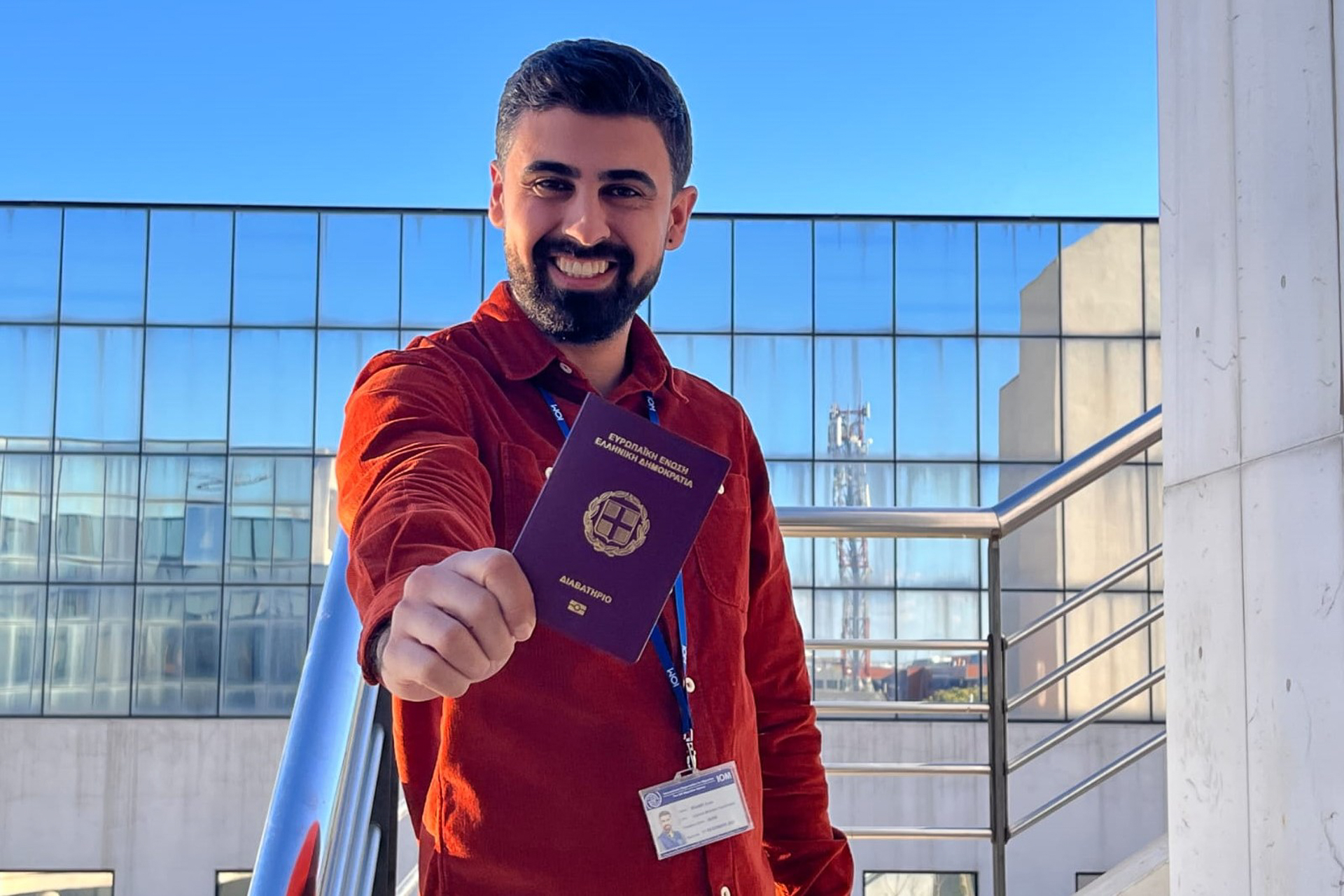 Learning the Greek language was a top priority for Aram, so he soon started attending regular Greek classes and even asked a language teacher to give him private lessons. In no time, he was able to get his language certificates. “When you want to learn a language, you can always find the time to do it,” he says.

His next goal was to get his Greek citizenship. “I was told that there would be many challenges along the way, but I was optimistic and determined to attain my goal,” says Aram. In November 2019, he applied for citizenship and started studying Greek geography, politics, and culture.

“I was reading a lot, almost every day. Once I got my hands on all these Greek books, I couldn’t put them down,” he recalls.

After two years of incessant studying, Aram took his Greek citizenship test in a public school in Thessaloniki. “I was there for an entire day – from early in the morning until late in the afternoon. I have very strong memories from that day. The examiners were friendly and kind, but I was very stressed because I had been looking forward to that day since my first day in Greece,” he says.

Aram became a Greek citizen six years after first arriving in Greece. He is now studying oenology and winegrowing in a private institute, and in his spare time, loves listening to Greek music.

“I love learning new things. Knowledge is everything; it lays out the choices you have in life.”

Since 2016, IOM has been providing interpretation services to residents at open accommodation facilities on the Greek mainland under its Site Management Support project, with the support of the European Commission. The services also focus on community engagement, skill development, and tailor-made protection services for migrants in need.

This story was written by Christine Nikolaidou, Media and Communications Coordinator with IOM Greece, cnikolaidou@iom.int.