Mental Health: Displaced Persons in South Sudan on Their Path to Recovery 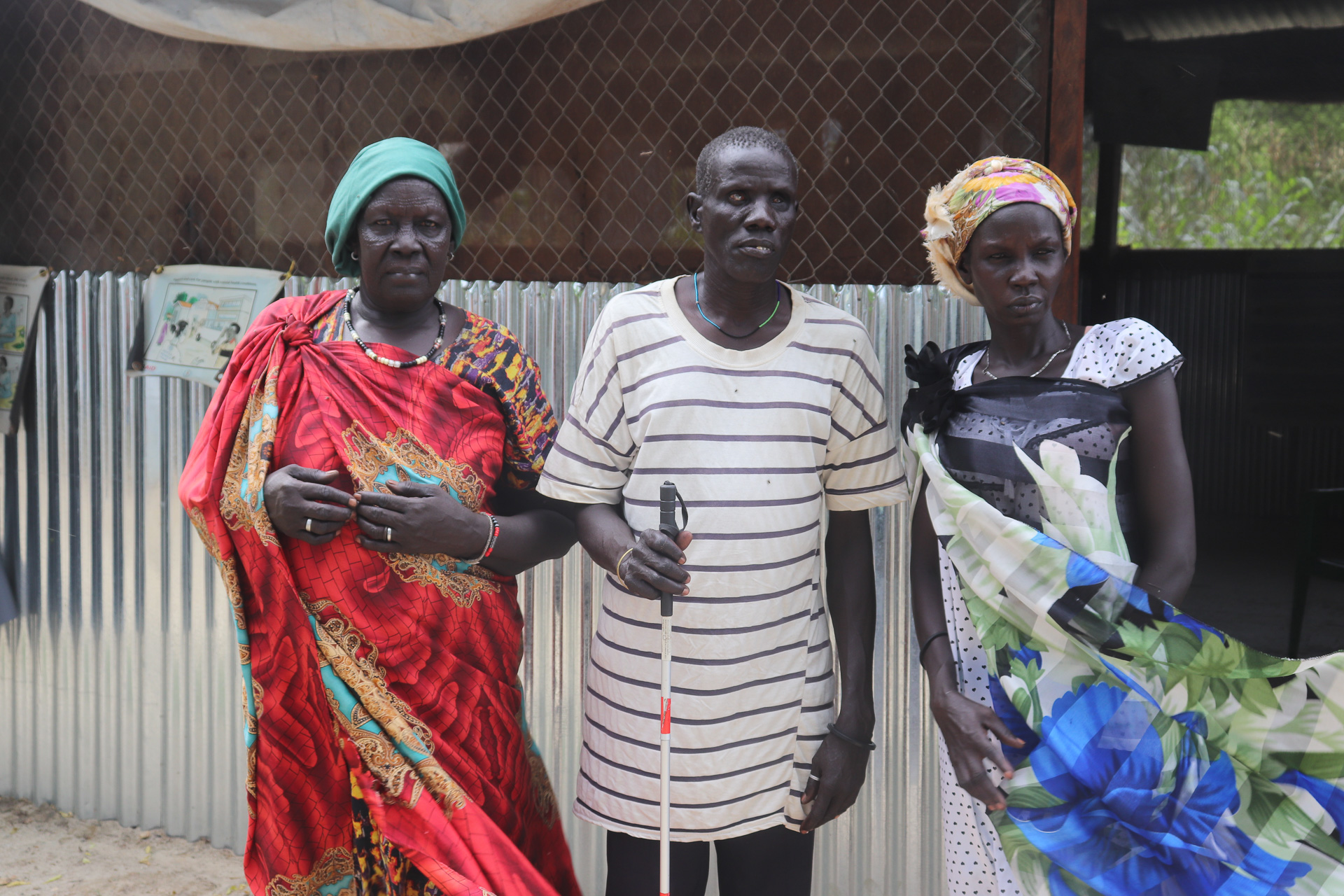 Robert (middle), his wife Nyakuola (right), and another patient at the IOM-run psychosocial support and recreation centre in Bentiu. Photo: IOM/Jale Richard

Bentiu, 10 October 2022 – Since conflict broke out between government and opposition forces in South Sudan in 2013, thousands of internally displaced persons (IDPs) live in the country’s Protection of Civilians (PoC) sites.

Robert is one of them. Before the conflict, he lived a happy life in Tong, a village in Rubkona County in the north of South Sudan. Together with his wife Nyakuola, the 52-year-old tilled the fields and reared cattle to provide for his family.

In early 2014, fighting spilled over to Robert’s village, and like thousands of people in South Sudan, he and his family were forced to leave their home to escape the violence.

They took refuge in the former United Nations PoC site in Bentiu, now a camp for IDPs and home to over 112,000 people.

Then another tragedy struck. Robert and six of his friends were hit by a hand-propelled grenade while burning wood for charcoal.

“I was lucky to survive, but my friend died on the spot,” he recalls.

The effects of the explosion had a lasting impact on him as he lost sight in both eyes.

In the months that followed the attack, his wife, Nyakuola stood by him and supported the family.

“Then my wife started behaving in a way I could not understand. She was aggressive and would not listen to anyone,” explains Robert.

“I couldn’t bear the thought of her being in that mental state with me blind. I was having long, sleepless nights and felt my life was meaningless. This was affecting my mental health too.”

A community mobilizer working with the International Organization for Migration (IOM) mental health and psychosocial support (MHPSS) team learned about Nyakuola’s situation and organized a consultation with the MHPSS counsellor who immediately referred her for specialized services and treatment at a nearby hospital.

The counsellor provided Robert with stress management tools and techniques on how to cope. The counsellor also ensured that Nyakuola took the medication as instructed at the hospital.

Through the support, Nyakuola slowly began to recover.

“After she received counselling and treatment, I was happy to see her improving and now, as you can see, she is standing on her own,” he says, smiling. 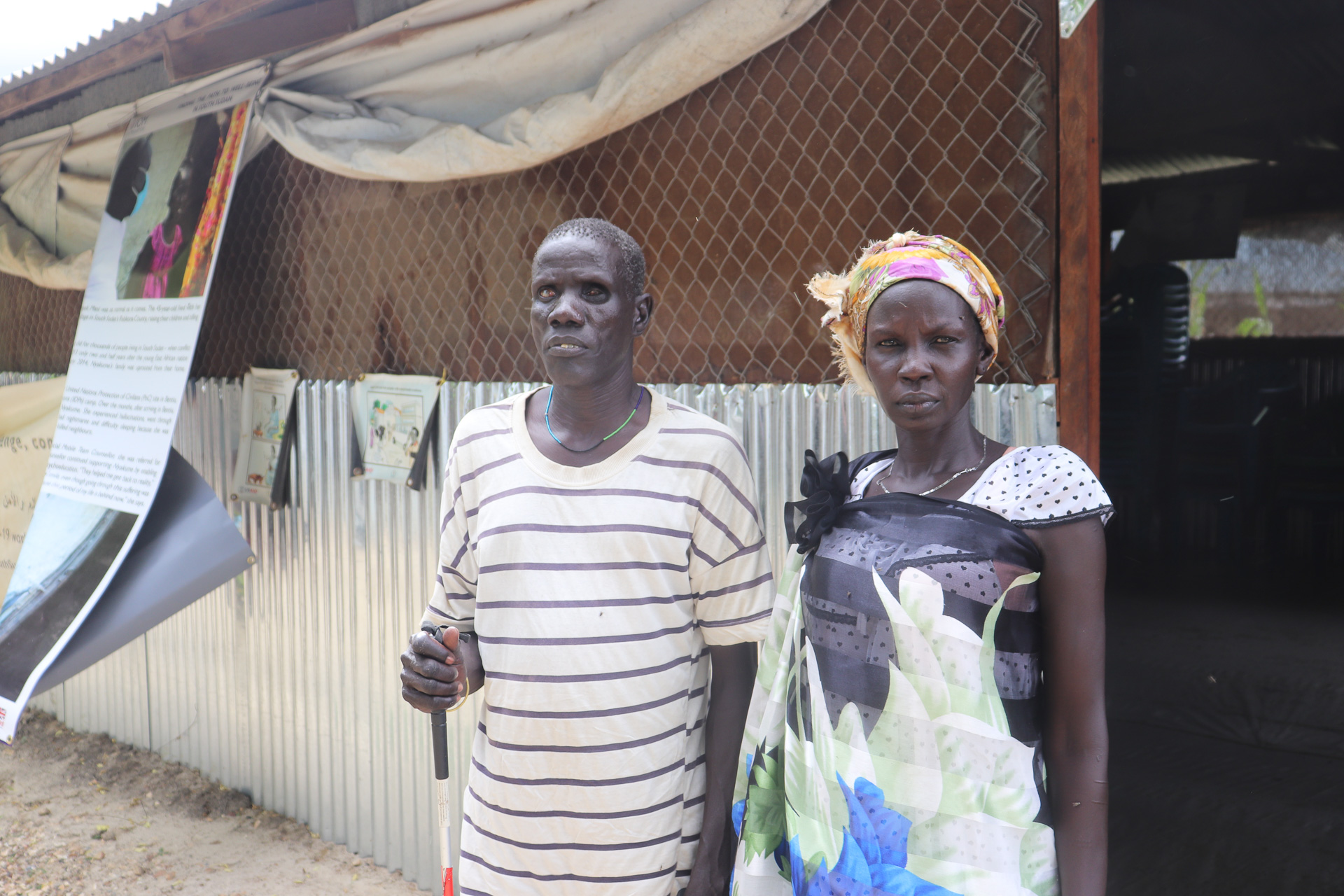 “I am happy to be alive despite the attack and to be able to talk to my children as a father. And now, their mother is fine too.”

Robert and his wife are not alone in facing mental health issues, as this is common among South Sudan’s displaced populations.

Mary is a 46-year-old mother of five.

She lost three family members to natural deaths and, due to the harsh living conditions in the camp, she developed a mental health condition.

With tears rolling down her face, she recalls:

“I lost three family members, my husband got sick, and given the challenging situation in the camp, I could not handle it all. I felt I was losing my mind.” 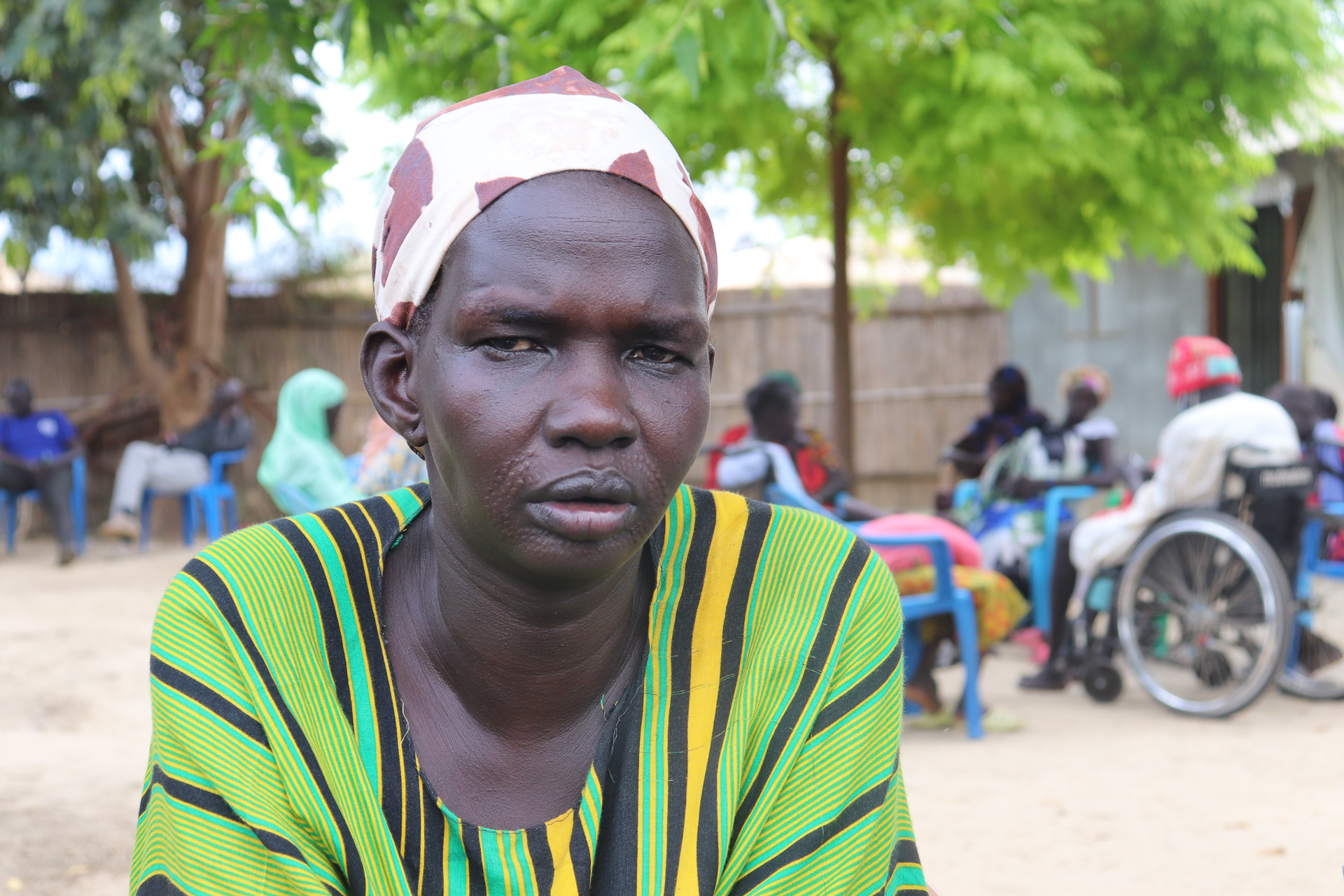 She received support from IOM counsellors working in the community and was then referred to a hospital where she received treatment. Now, Mary is part of a women's support group that discusses day-to-day challenges and tools to better cope with them.

“The life I have now is because of the support I got from IOM counsellors,” she says, pointing at one of the counsellors who referred her to get support and treatment. 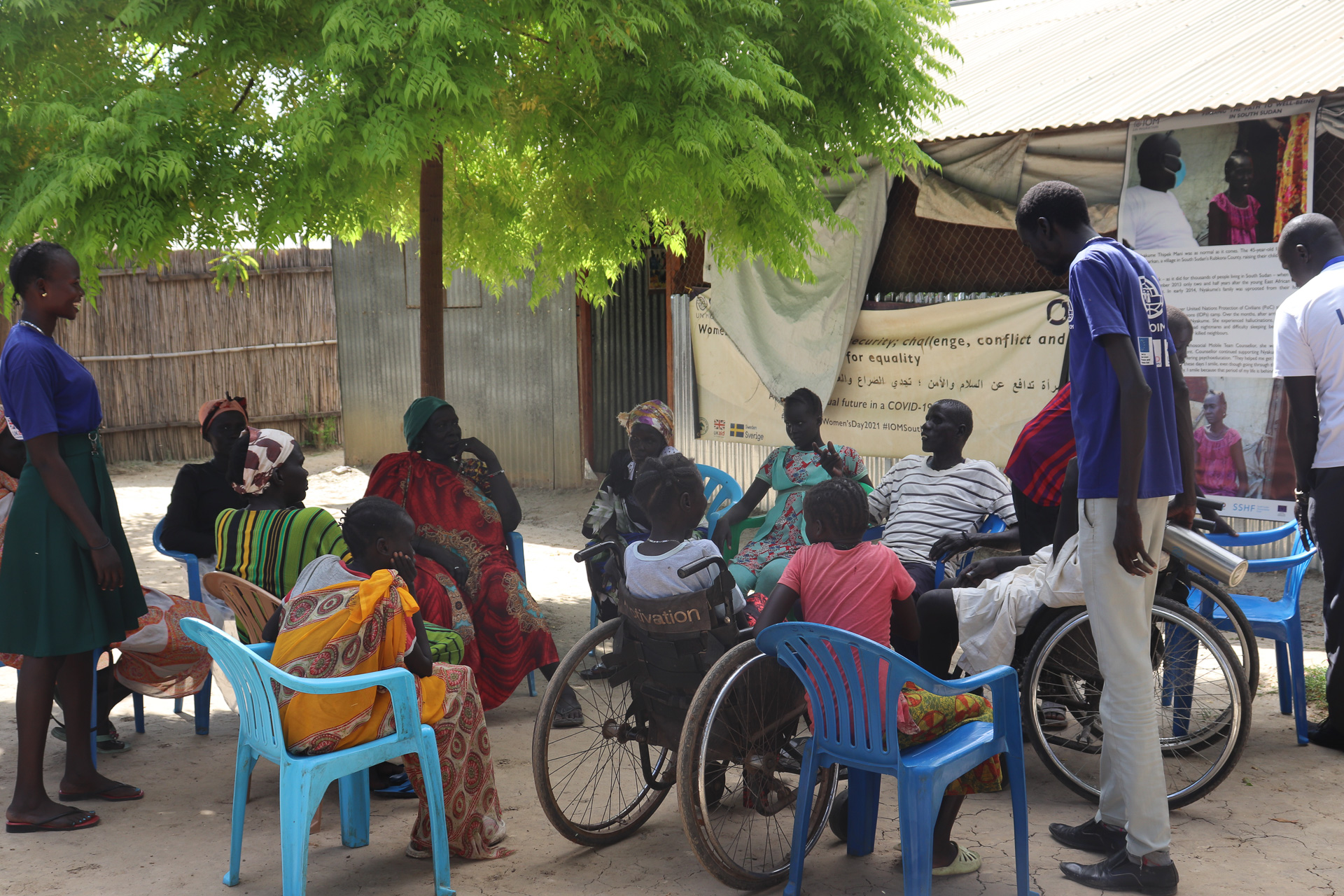