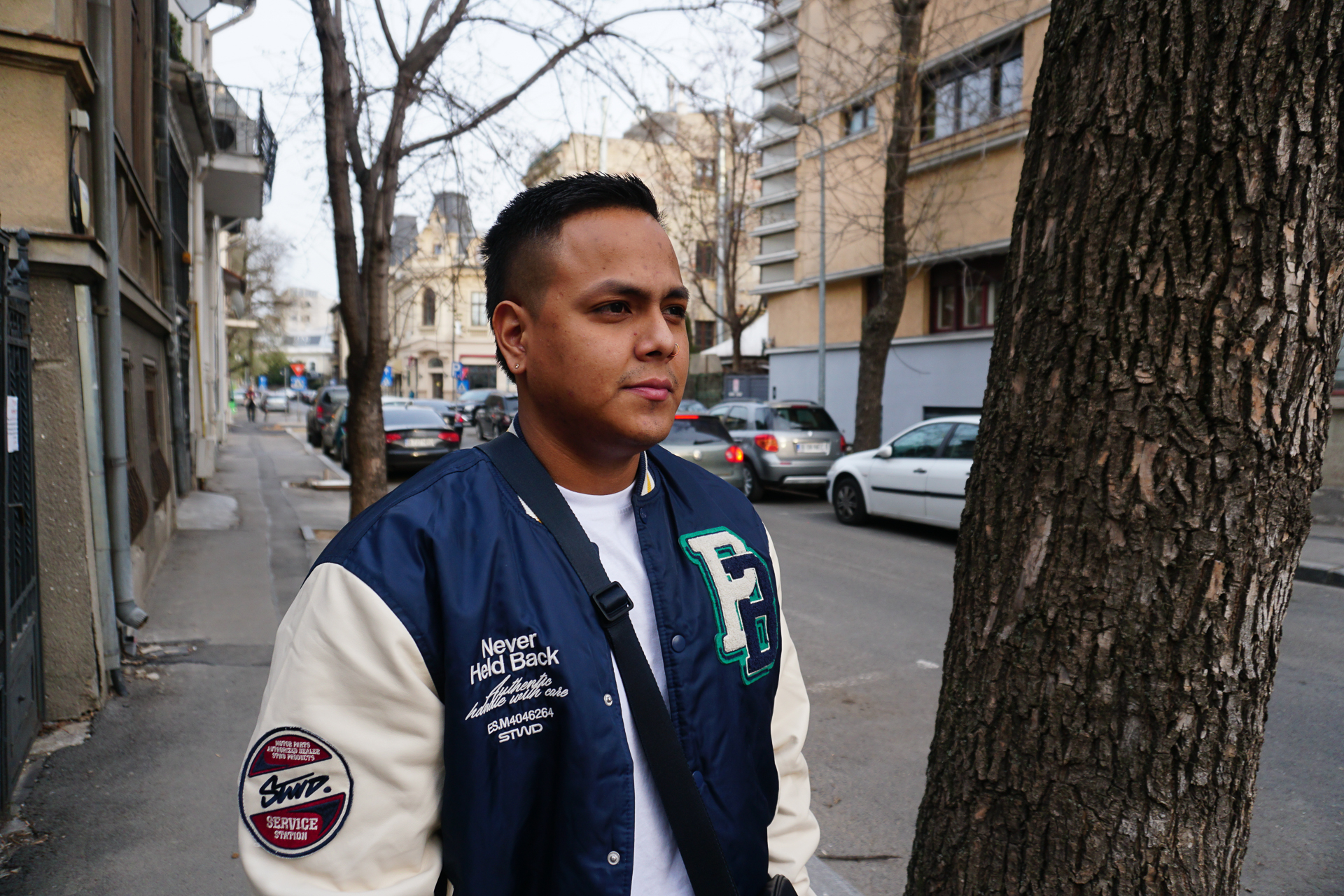 After having fled the war in Ukraine, Harold is looking forward to being reunited with his family in Cali, Colombia. Photo: IOM/Monica Chiriac

Bucharest, 18 April 2022 – “I was so excited when I first moved to Ukraine. I hated the cold but loved the country,” 23-year-old Harold recalls. “We have many violence-related restrictions in Colombia, so I was happy that I could finally walk the streets carefree and enjoy some much-needed freedom.”

When Harold first heard the news that the war broke out, he was out celebrating a birthday in Kyiv, Ukraine, in early March. It was only when they stepped outside, and heard the air raid siren howling in the distance, that he realized something had gone horribly wrong.

In early 2019, in his search for an affordable university, Harold had come across Ukraine where he already knew fellow Colombians who had gone to university and successfully found work. He chose to study Russian and Ukrainian, hoping it would be easier for him to integrate. In the meantime, he found a job in digital marketing, which was enough to provide him with a decent living.

“Everything was going well – life was good,” he says.

The night he fled, he frantically searched for a taxi to take him home so he could grab his things, but to no avail. “I decided to leave all my things, my passport – everything I had – and leave,” he recounts. He met with 13 other Colombian students and together they reached out to friends who had already left. Some had waited for days at different border crossing points, sometimes sleeping on the floor.

“We were told it was easier via Romania, so we hopped in a car and came this way.” His sister and her son decided to wait it out in the Republic of Moldova in the hopes that the war would end soon. “We weren’t as hopeful,” Harold says.

A total of 23 Ghanaian migrants who had fled Ukraine safely returned home this March from Romania with IOM’s support. Photo: IOM/Lucian Ştirb

Harold is one of over 40,000 third-country nationals who have fled the war in Ukraine looking for a safe haven in Romania. In addition to witnessing and experiencing first-hand the horrors of the war, many third-country nationals find themselves disconnected from support networks, stuck or stranded without sufficient funds and adequate information, unable to coordinate or afford onward transport. This makes them vulnerable to discrimination, violence and other human rights abuses and crimes such as human trafficking, especially while travelling.

On the ground, there is a lack of resources for ensuring transportation, accommodation, and assistance for third-country nationals. After having fled the war in Ukraine, most arrive at the border with no or limited resources and need basic things such as food, water, and hygiene items, or medical support and arrangements for transportation.

Since many of the existing information ports are not tailored to the needs and languages of third-country nationals, the International Organization for Migration (IOM) in Romania is collecting, translating and disseminating accurate and life-saving information about legal pathways, rights and services available to those affected. From the Republic of Moldova, those fleeing can access the fast-track transfer to Romania. 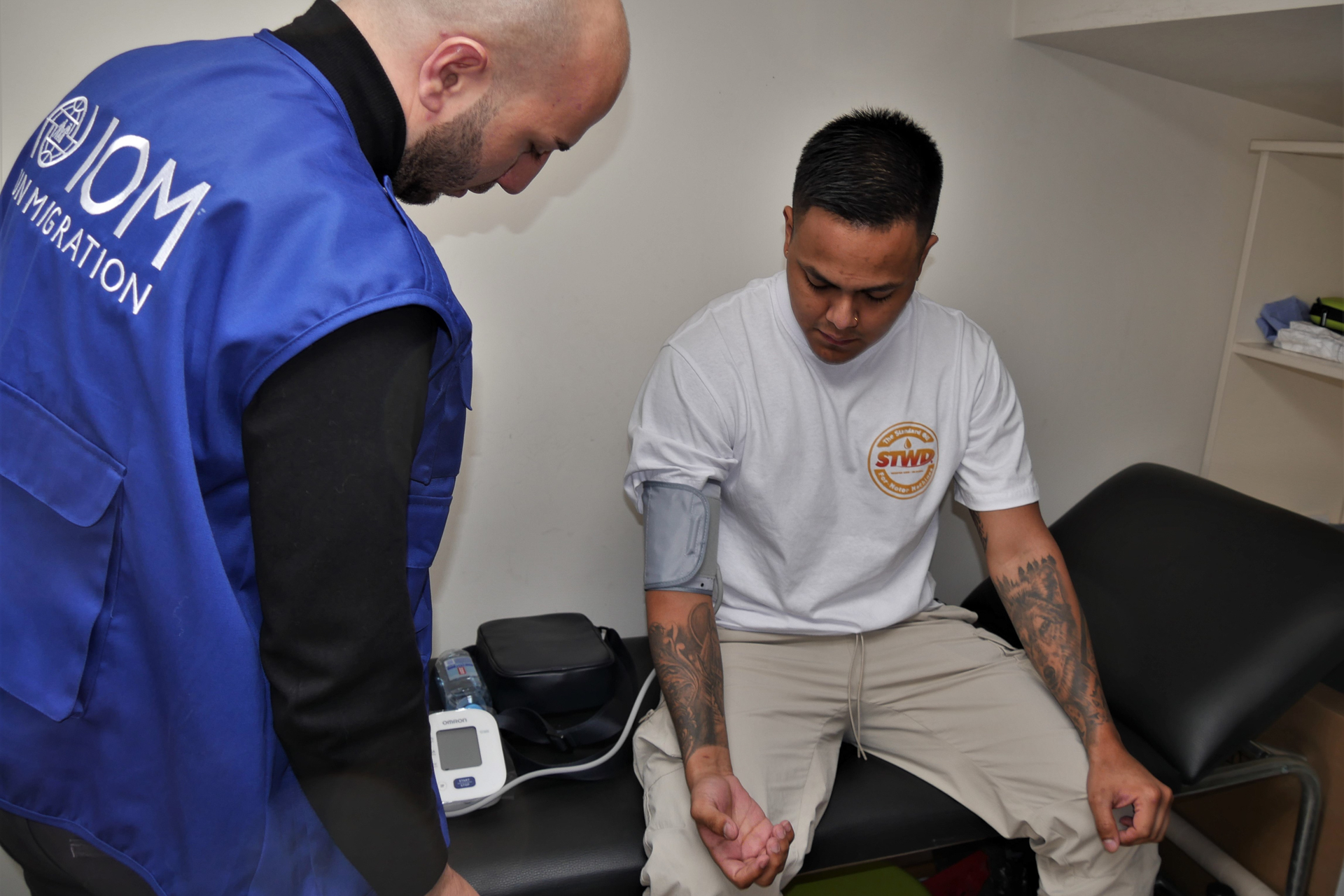 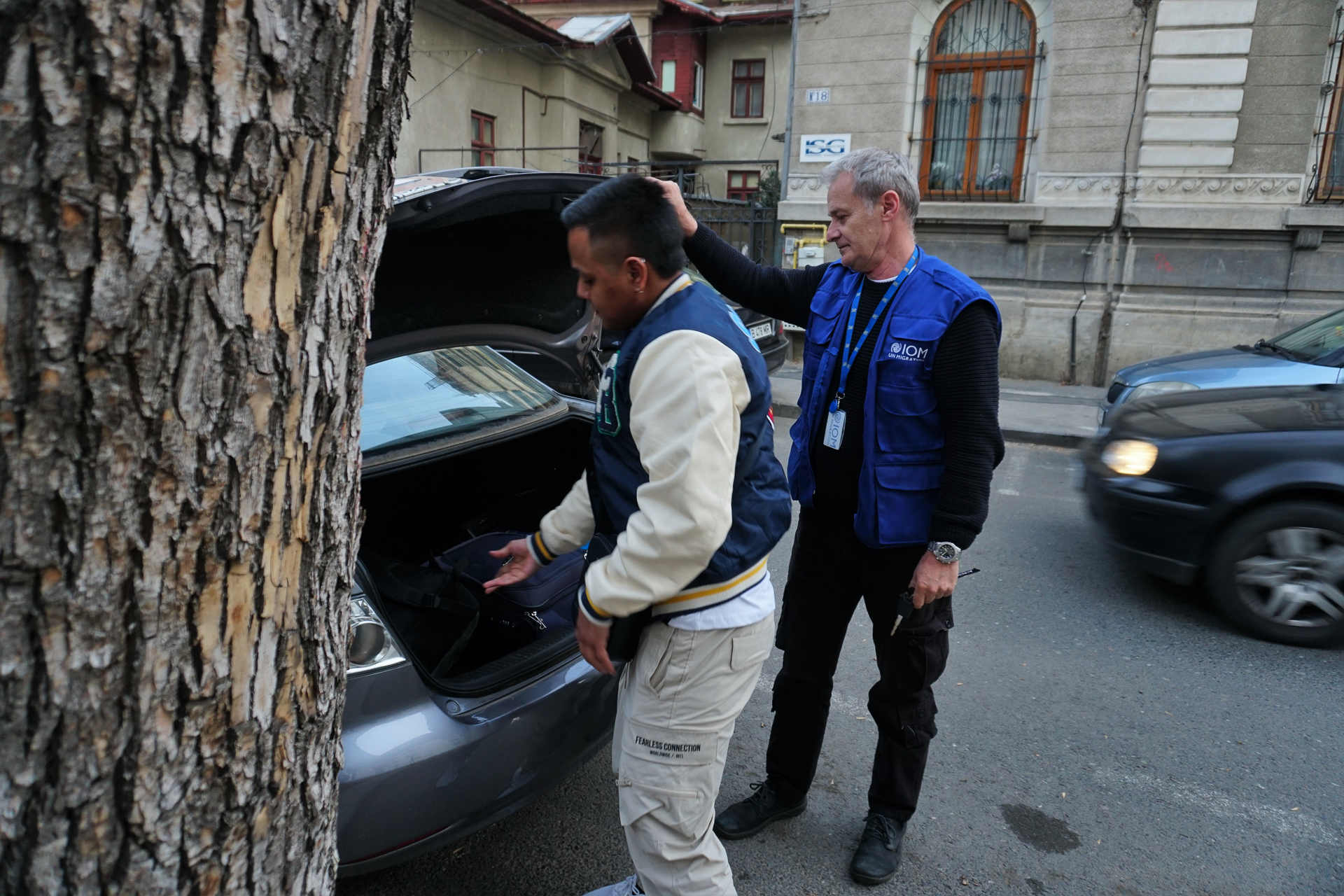 Since the war erupted, embassies have been seeking IOM’s support to assist their nationals and provide humanitarian return to their country of origin – when desired and possible.  In its sustained efforts to assist them, IOM regularly conducts informative sessions with the consular authorities with a presence in Bucharest, Romania’s capital.

Upon arrival in Romania, IOM provided Harold with a place to stay and assisted him to procure a laissez-passer from the embassy so he could return to Colombia without delay. As he waited to get his papers in order, Harold had the opportunity to travel through Romania.

“Everyone has been very welcoming, which has made this experience much easier,” he said.

Leveraging its existing expertise in voluntary humanitarian return, IOM staff on the ground are working to ensure safe, orderly and dignified returns to countries of origin for all third-country nationals who flee Ukraine. The team secures tickets for charter or commercial flights and ensures in-country transportation, food, lodging, and petty cash for onward travels for all those wishing to return home. 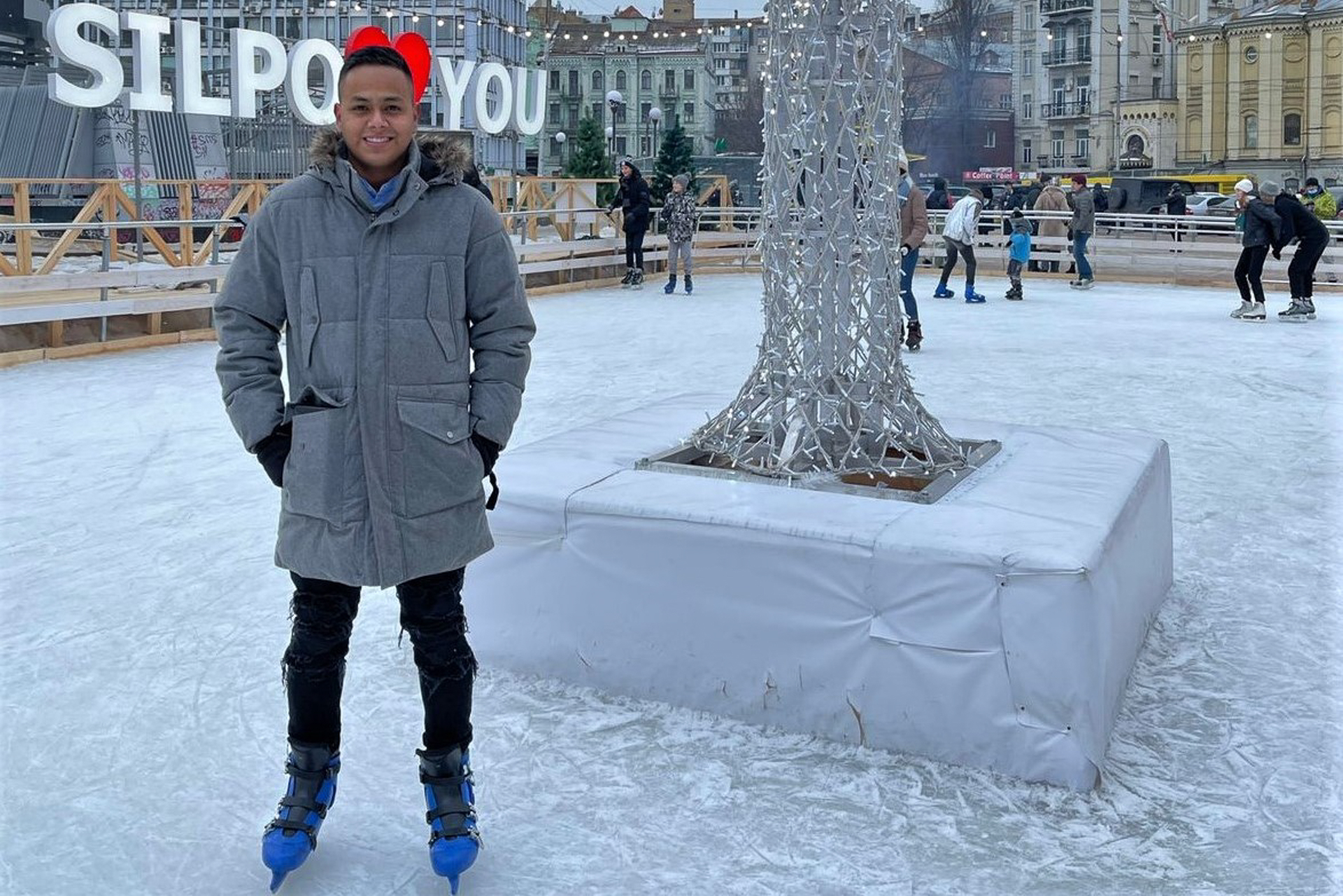 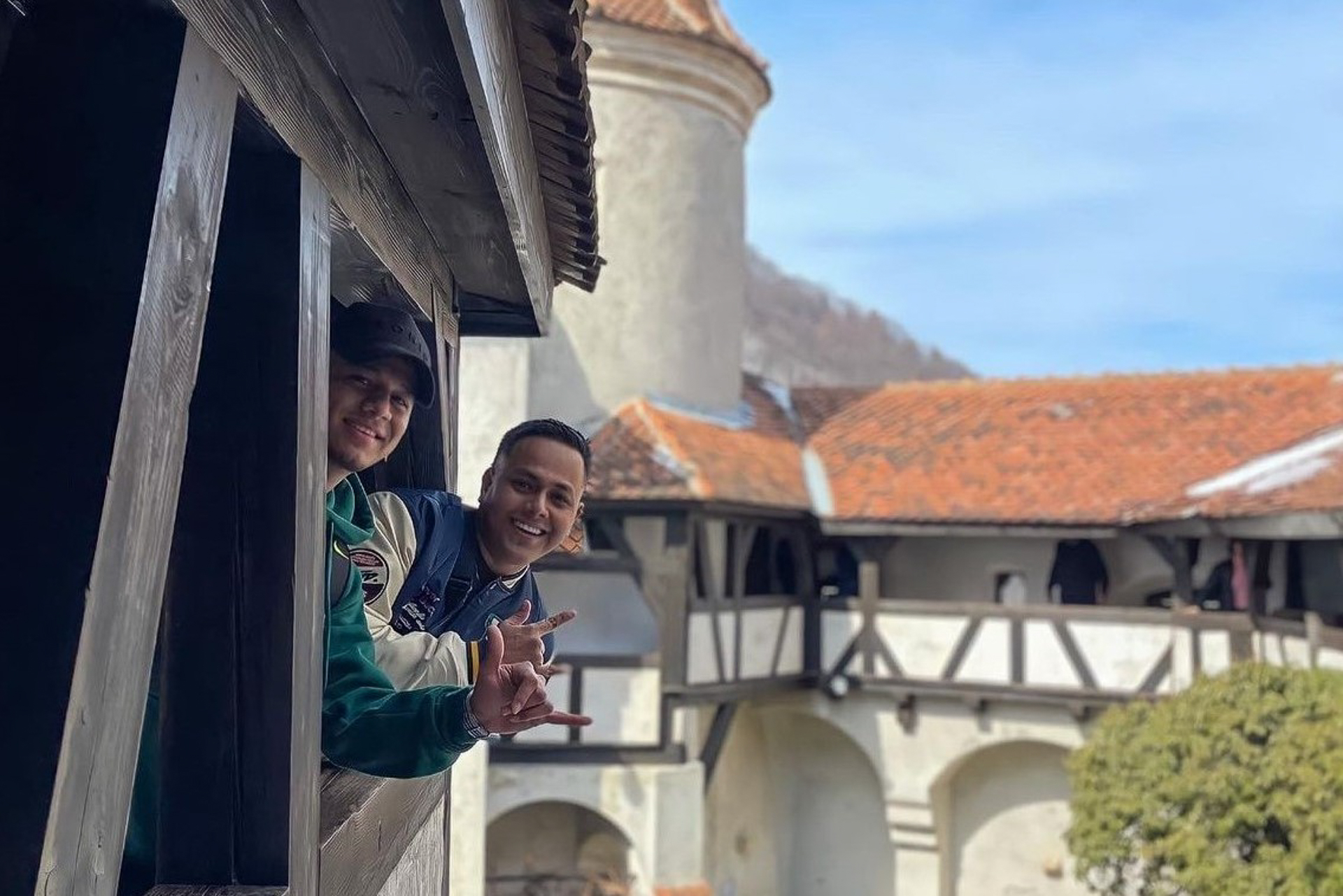 The first time Harold ever saw snow was in Ukraine in 2020 (left). While waiting for his departure from Romania, Harold went to see the Bran Castle (right). Photos: Harold’s archive

IOM is also providing effective life-saving shelter and relief items at points of entry, to existing public and private facilities, and in host communities to support the creation of short-term and long-term reception centres for those affected. The team regularly assists persons in need of emergency accommodation and refers those seeking mental health and psychosocial support to partners. Furthermore, IOM facilitates access to primary health care, including COVID-19 vaccination, in close coordination and collaboration with local health institutions.

As part of the pre-departure medical procedures conducted prior to voluntary humanitarian return, IOM carries out pre-embarkation checks to ensure that they are fit for travel.

The team also organizes PCR tests, provides personal protective equipment and medical escorts when needed, and liaises with health practitioners to ensure that those with significant health conditions receive treatment and are stable prior to travelling, as well as with IOM offices in countries of origin and governmental authorities to ensure appropriate post-arrival support. 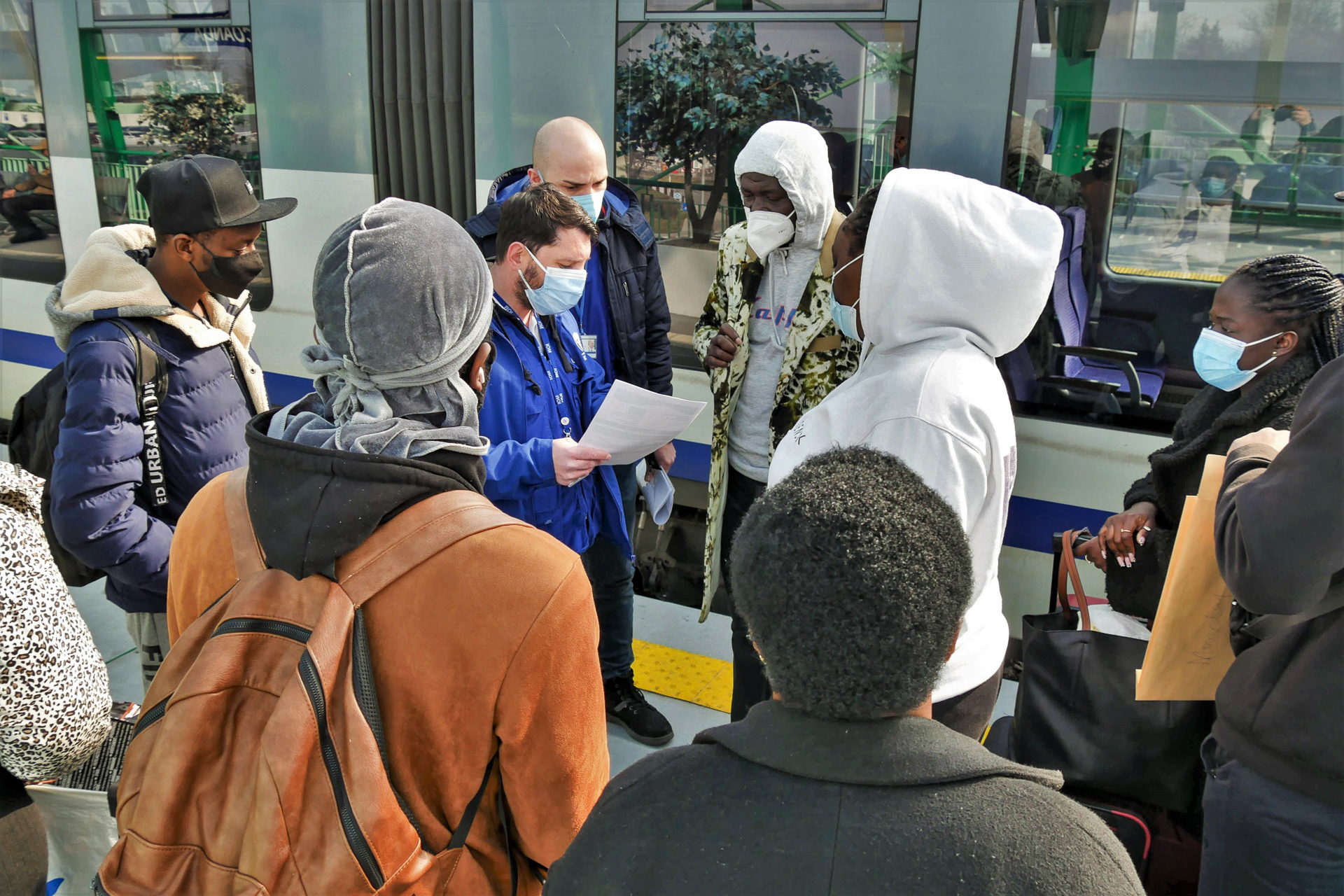 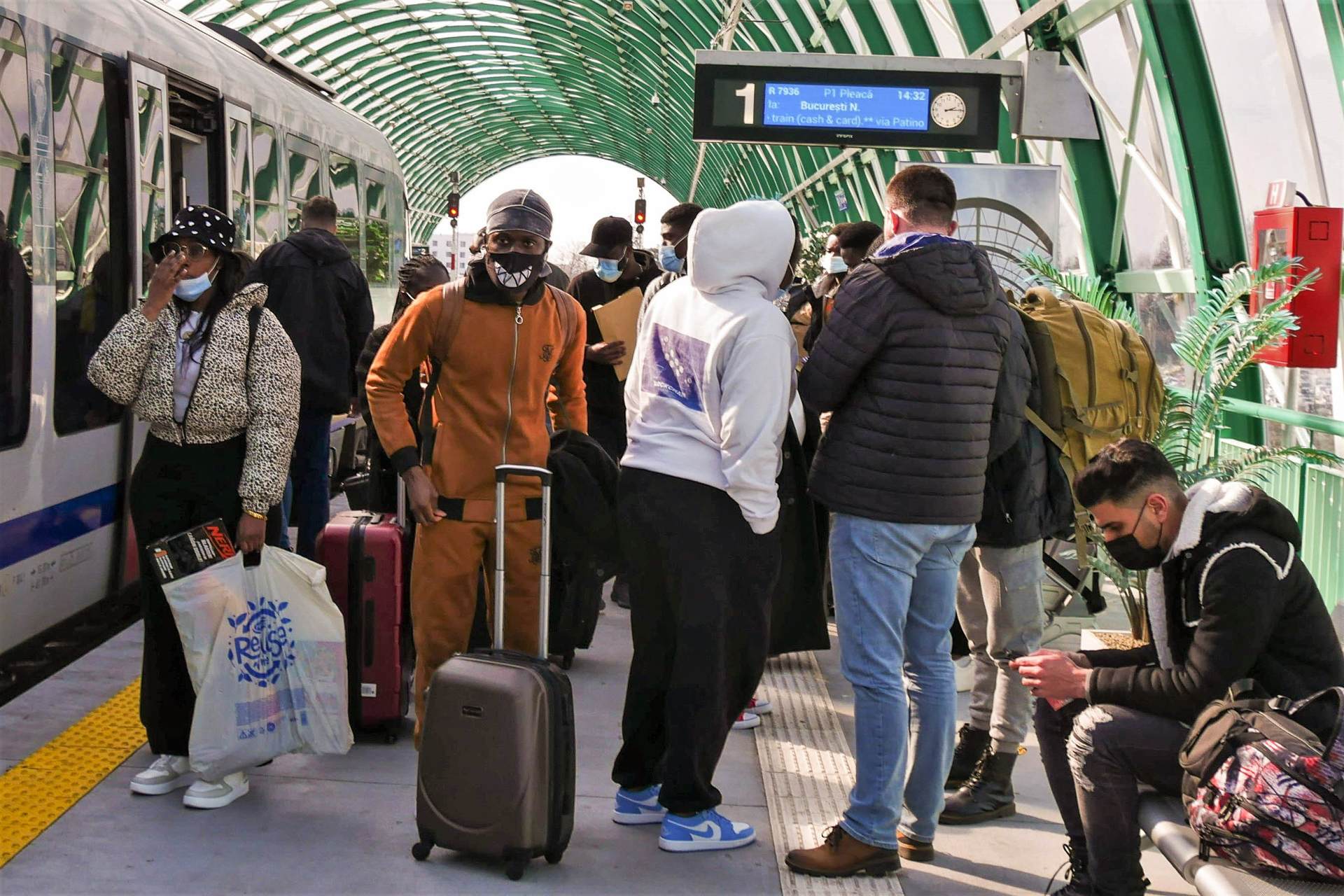 Many of those travelling, like Harold’s sister, may be in situations of heightened vulnerability and need tailored protection assistance. In coordination with different government bodies and stakeholders, IOM conducts vulnerability screenings and family tracing activities, including for unaccompanied and separated migrant children and victims of trafficking. Harold’s only hope now is for his sister and his nephew to be safe.

After not having seen his parents and siblings for months on end, he is contemplating the idea of remaining in Colombia for a while.

“They have been worried sick, maybe I should give them a break for a while. Then again, I have many Ukrainian friends who stayed behind to fight. I think about them every day.” 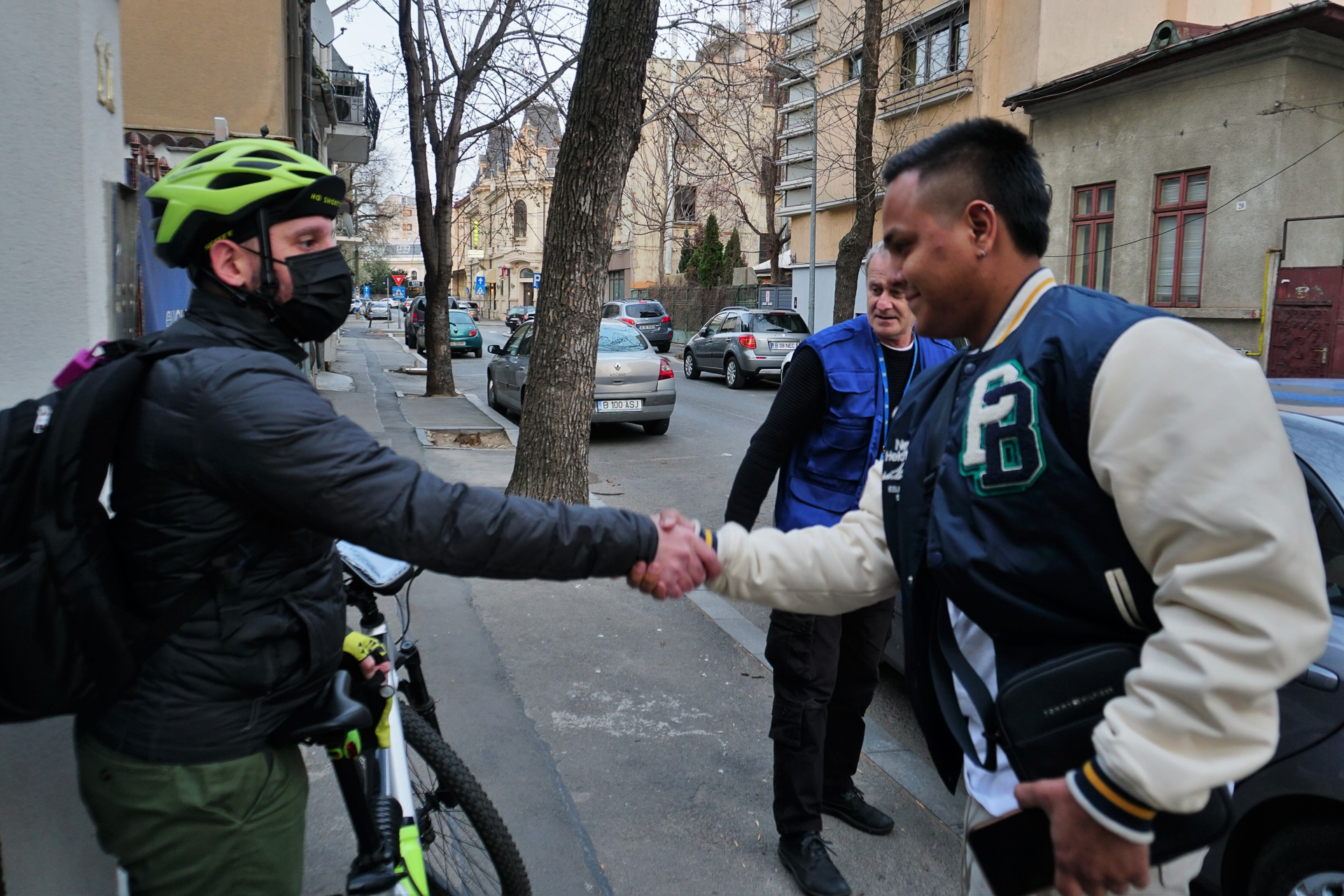 Harold says no day goes by without thinking of his friends back in Ukraine. Photo: IOM/Monica Chiriac

IOM’s support for third-country nationals in and from Romania is provided by the Government of Japan, Swiss State Secretariat for Migration (SEM), Council of Europe Development Bank (CEB) through the Migrant and Refugee Fund (MRF), German Federal Foreign Office, and US Department of State's Bureau of Population, Refugees, and Migration (PRM).

To help those affected by the Ukraine crisis, IOM has launched a Flash Appeal and fundraising page.