On the Other Side:

Shadrack Mkukuli lost his leg when Renamo rebels attacked the train he worked on.

Living in a rudimentary shack with a dirt floor at the back of his brother’s yard, Shadrack Mkukuli, 58, still carries the physical and psychological scars of the civil war in Mozambique, which ended in 1992.

Mkukuli’s leg was amputated after he suffered a horrific injury in an attack on a train in 1984. After losing a number of family members in the war, it was the murder of his brother that prompted family members already living in the Nkomazi area in northeast Mpumalanga in South Africa to send a relative across the border and bring him to South Africa.

“I’m not feeling good. I don’t have an income. I can’t work, I’m suffering too much.”

In clear detail, Mkukuli described the day of an attack on a train by the Mozambican National Resistance (Renamo) which left him maimed.

Mkukuli is a quiet man with a gentle smile. But when he starts talking about that day, he straightens himself in his chair as his smile fades and his eyes widen. “Many, many people died that day. But myself, I’m lucky, I just lost my leg,” he said. “So many people died in my face. They shot them in front of me.”

During the 15-year-long civil war, Mkukuli lost numerous family members including his father, grandmother and uncle. But it was the killing of his younger brother that had the biggest impact on him. 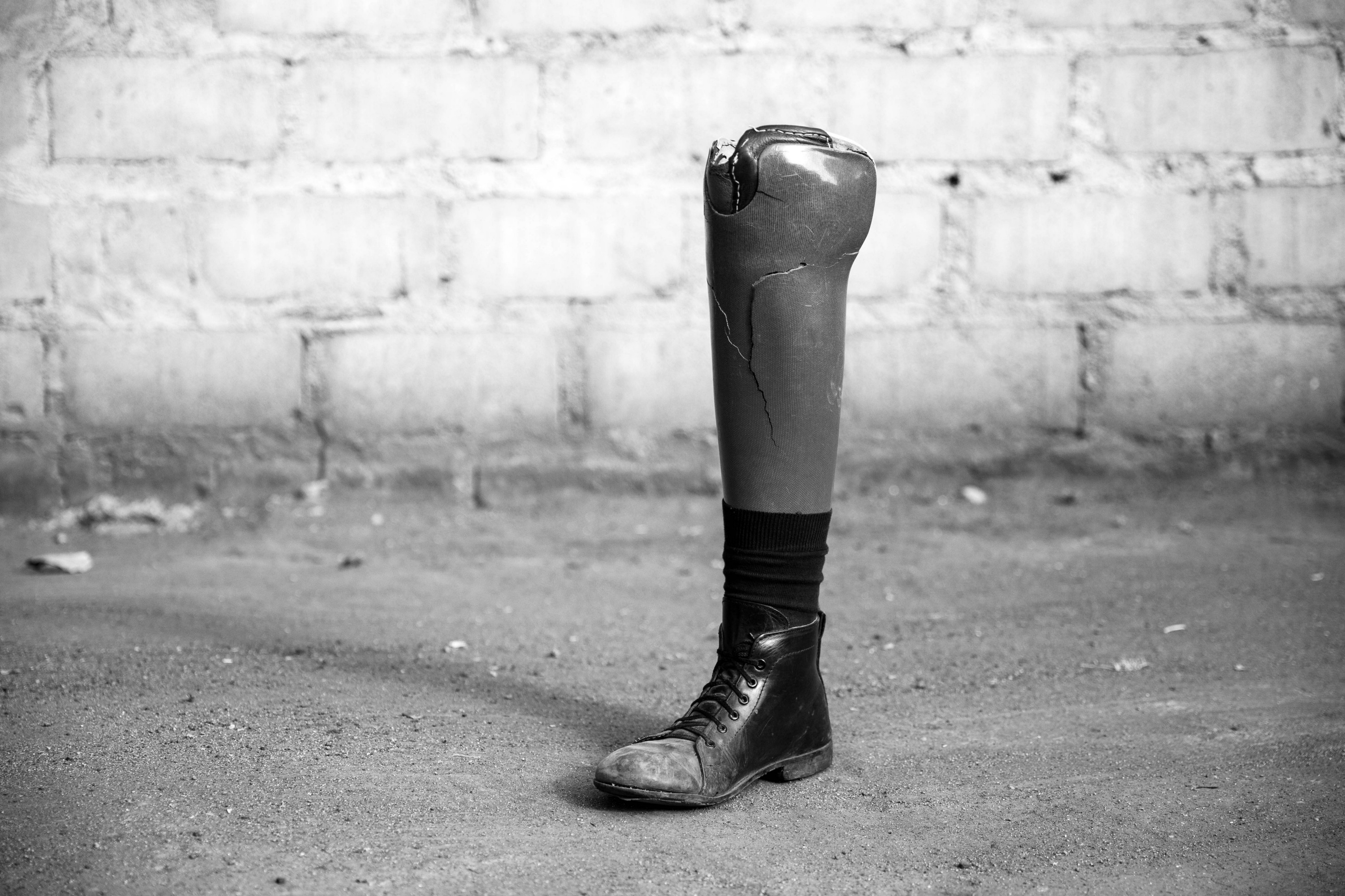 Mkukuli has used the same prosthetic leg for 31 years.

Only after he arrived in South Africa, in January 1989, was he able to get a prosthetic leg, having previously relied on crutches. He still uses the same prosthetic. It is old and cracked, but Mkukuli has been unable to get it replaced.

His legal status and the fact that he never applied for asylum on his arrival means he has been living on the periphery of society in Nkomazi, making it harder for him to access basic services such as healthcare. “I’m not feeling good. I don’t have an income. I can’t work, I’m suffering too much,” he said. 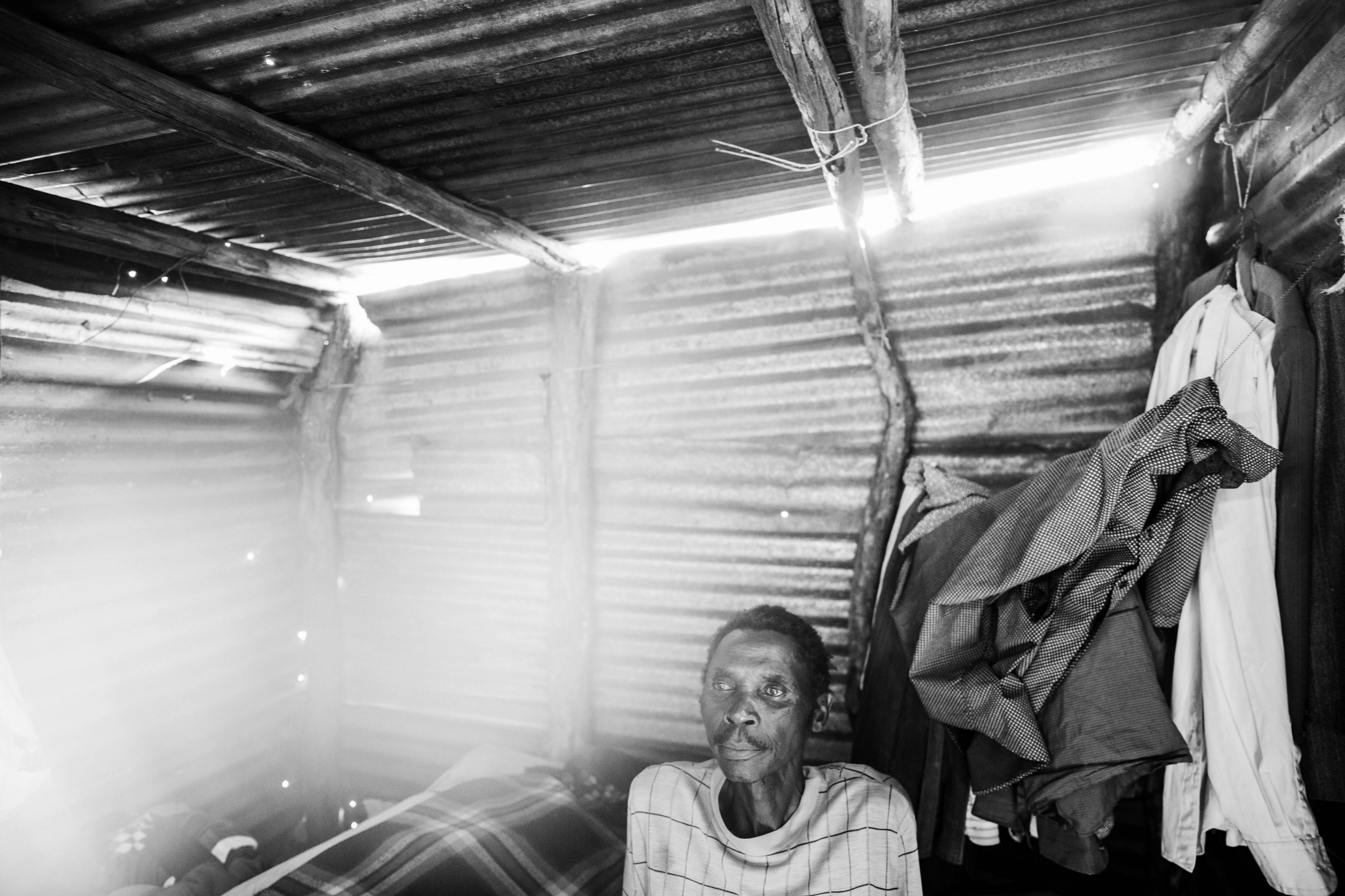 Shadrack Mkukuli inside his home.

Mkukuli’s case is not unique to this area in South Africa, where regional cross-border migration has been a feature for centuries. Bordered by Mozambique to the east and eSwatini to the south, Nkomazi comprises many cross-border communities.

In a paper commissioned by the Nelson Mandela Foundation in 2009, titled “The dynamics of social cohesion amidst transnational spaces”, Ken Mutuma writes that many Mozambican residents who remain in the area are former refugees who fled the civil war in Mozambique. Today, most of them are permanently settled and integrated in the community, speaking local languages such as siSwati and isiNdebele fluently.

“Some have accessed South African identity documents through government amnesties and exemptions in 1996 and 1999/2000, but many, due to procedural weaknesses in the implementation of the amnesties, remain without documentation, unable to access basic services. 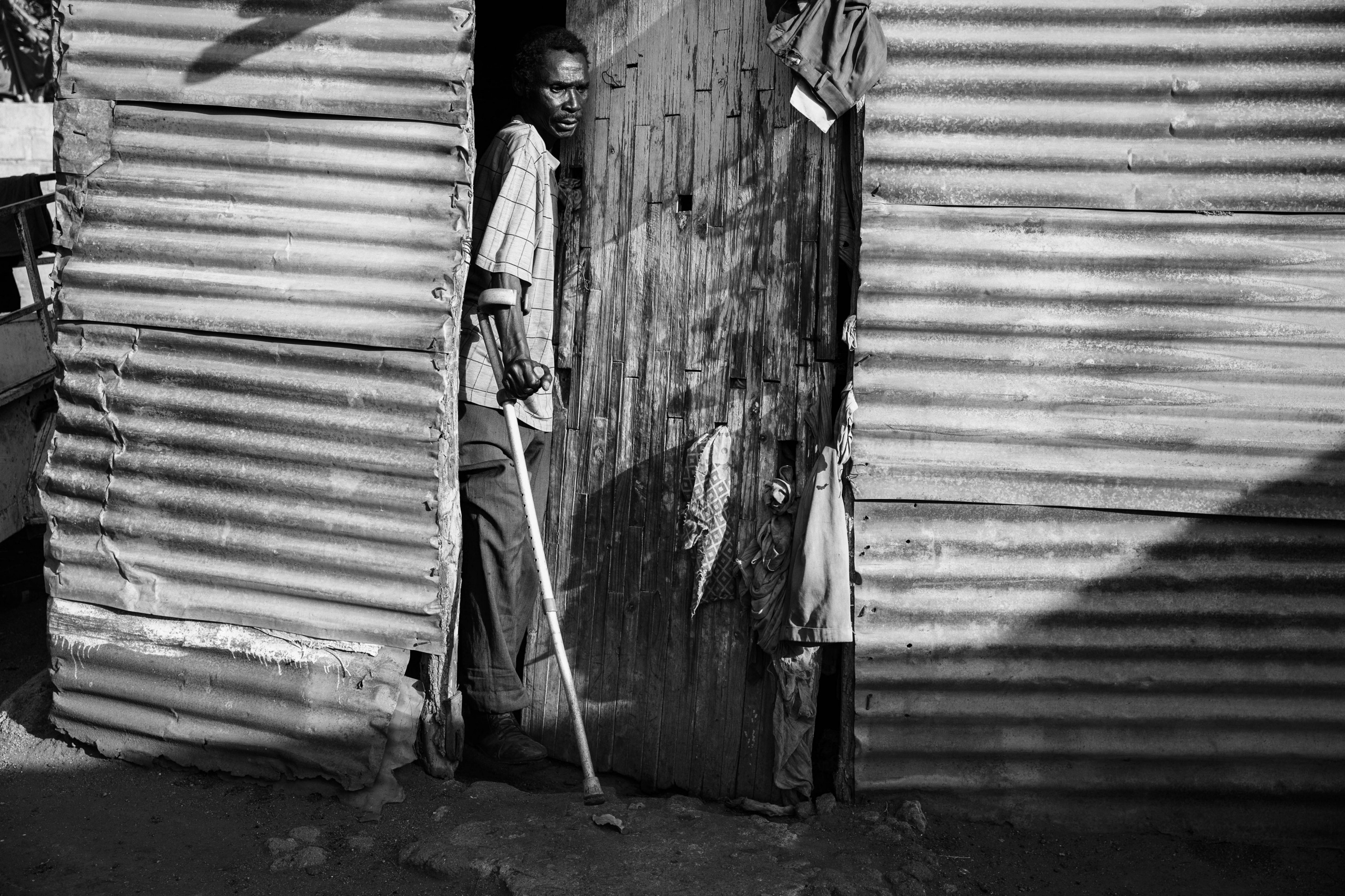 Mkukuli lives in a rickety shack in his brother’s back yard.

“Though few have immigration permits, these populations consider themselves South African due to historical community and family linkages. It is difficult to distinguish between South African and non-South African children, since they share languages (SeSwati [siSwati] and Shangaan), have relatives in South Africa and long-standing links in the district, and often have documentation from traditional authorities showing local residence,” Mutuma wrote. 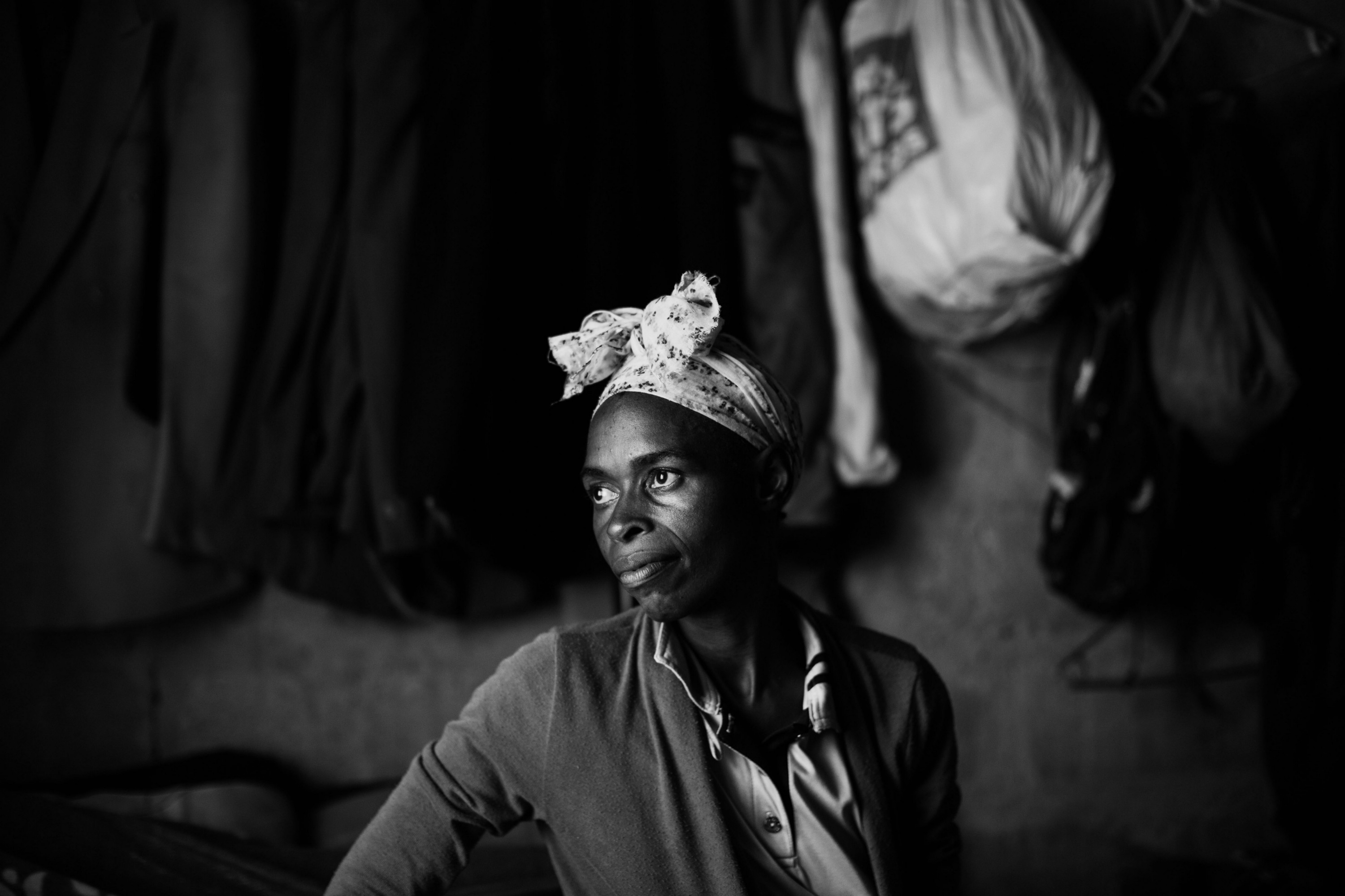 Originally from Mozambique, Sandra Mlima, who is deaf, married a South African.

The family of Salbedze Mashabane, 50, is one such, with blurred nationalities and documentation. His wife, Sandra Mlima, 45, moved to South Africa with a relative after both her parents died during the Mozambican Civil War.

Mlima, who is deaf, has a son, Sibusiso, 27, from a previous relationship. He has a visual impairment and a physical disability, yet Mashabane said neither of them ever struggled to access healthcare despite both of them being undocumented. 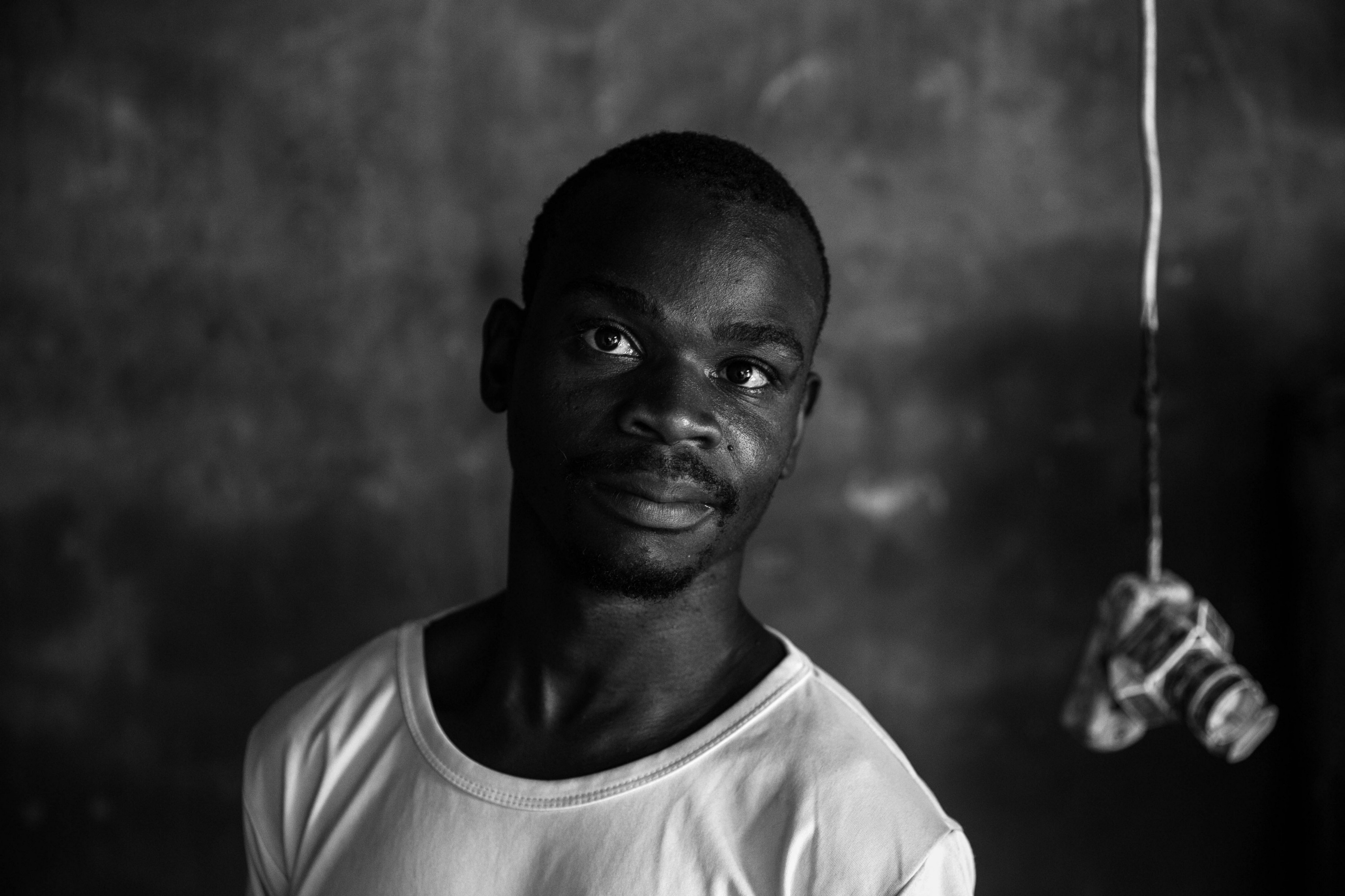 Mashabane, who was born with a physical disability in his left leg, and suffered a serious injury to his right leg after falling into a fire following an epileptic seizure, spends most of his days sitting on a mat under a big tree outside the two rooms where the family of nine lives.

Sitting in the blazing sun, Mashabane spends his days either weaving mats that he sells to make a little extra money, or crushing cans for hours on end. His youngest children collect these in the area, and he needs to fill nine or 10 50kg bags with crushed cans and other steel scrap to make between  ZAR 1,000 and ZAR 1,500 (USD 67 and USD 101) a month. 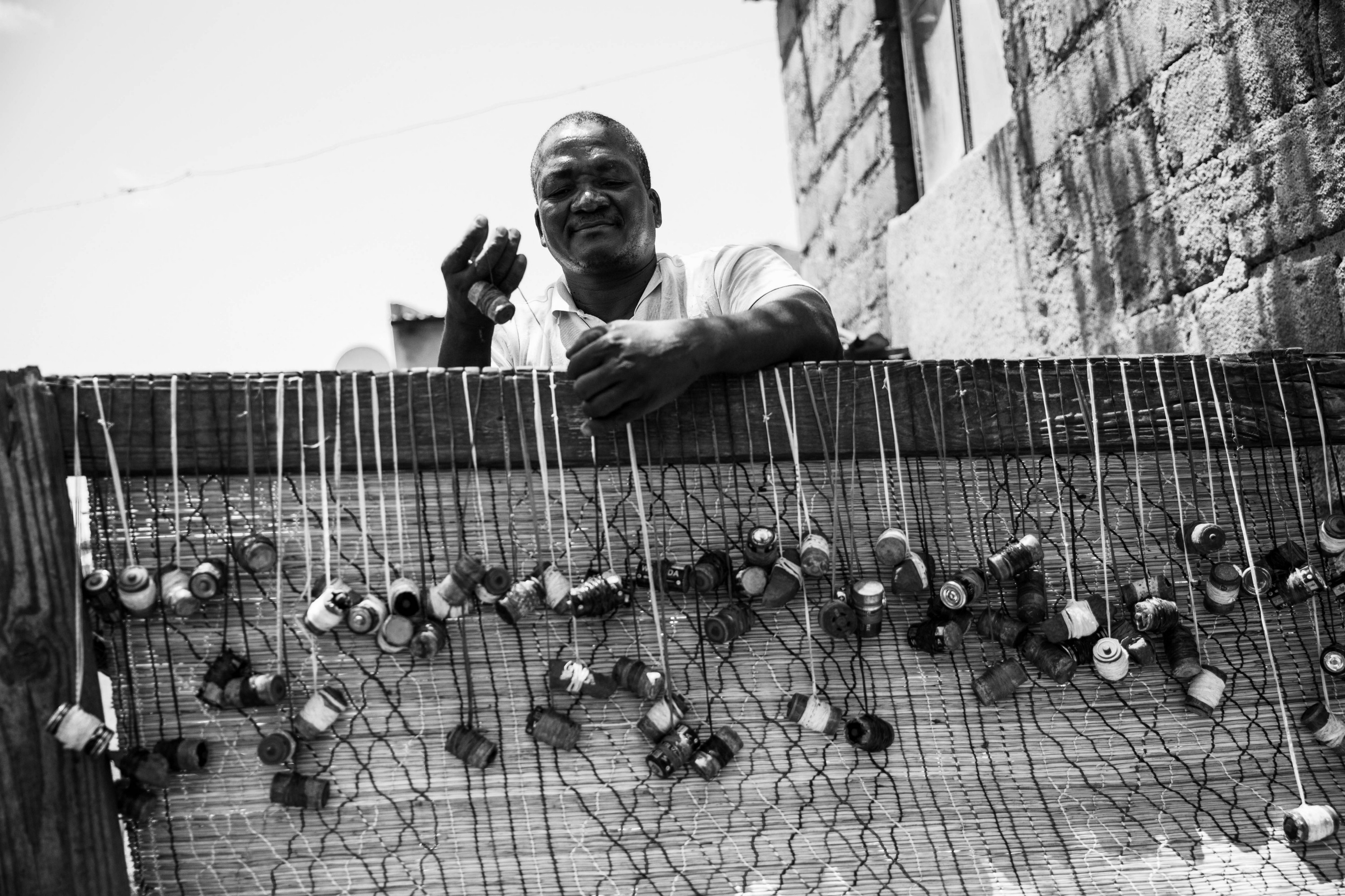 “I’ve never worked because of my physical disability,” he said on a recent Thursday morning outside his house in Naas, in the Nkomazi municipality. “It becomes really difficult because I rely on the grant [I get] to look after my family.”

Of the seven children they have between them, the family only gets child grants of  ZAR 400 (USD 27) for three. With this and Mashabane’s  ZAR 1,800 (USD 121) disability grant, the family have to make it through the month. 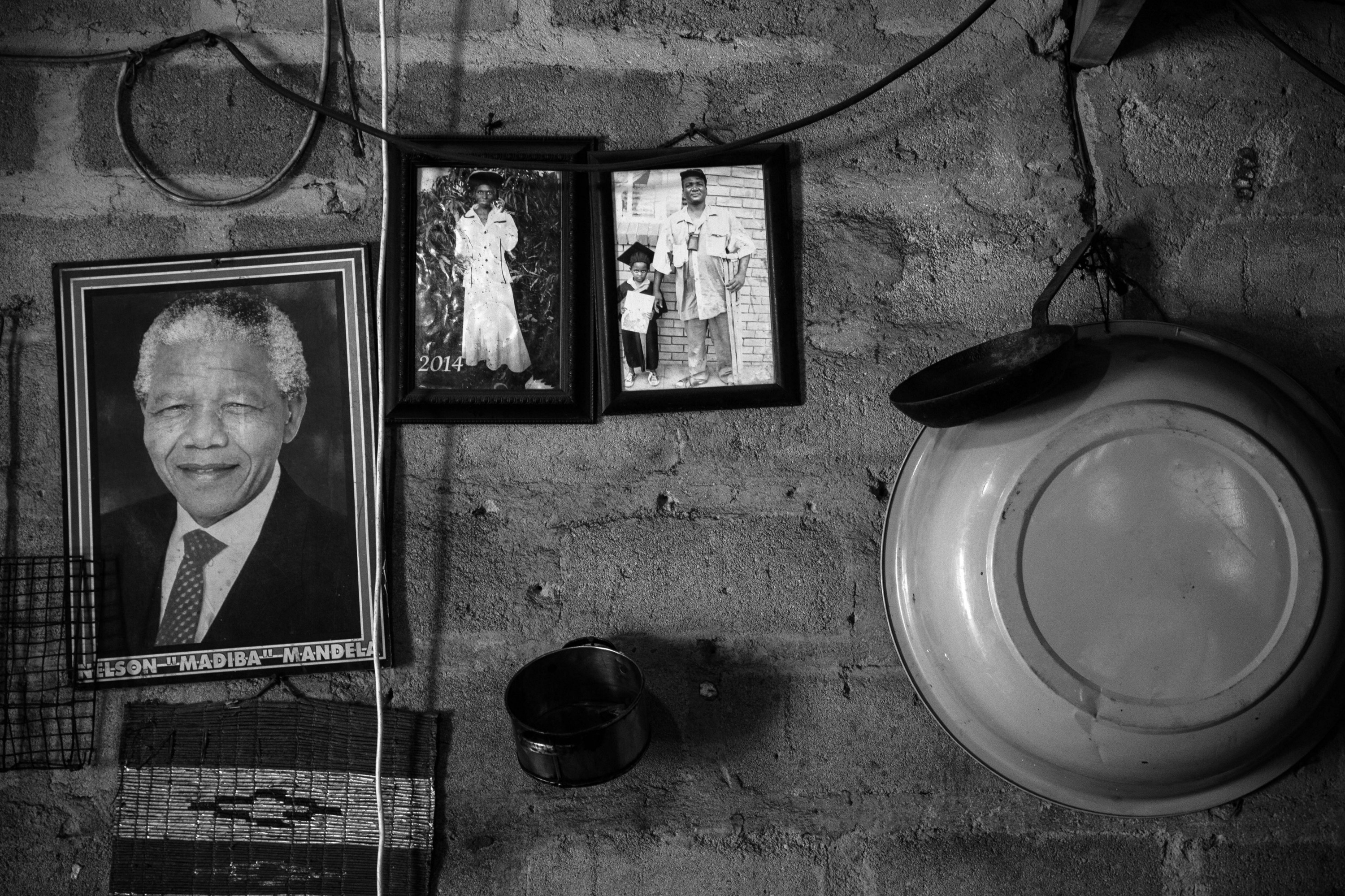 Inside Mashabane and Mlima’s home. 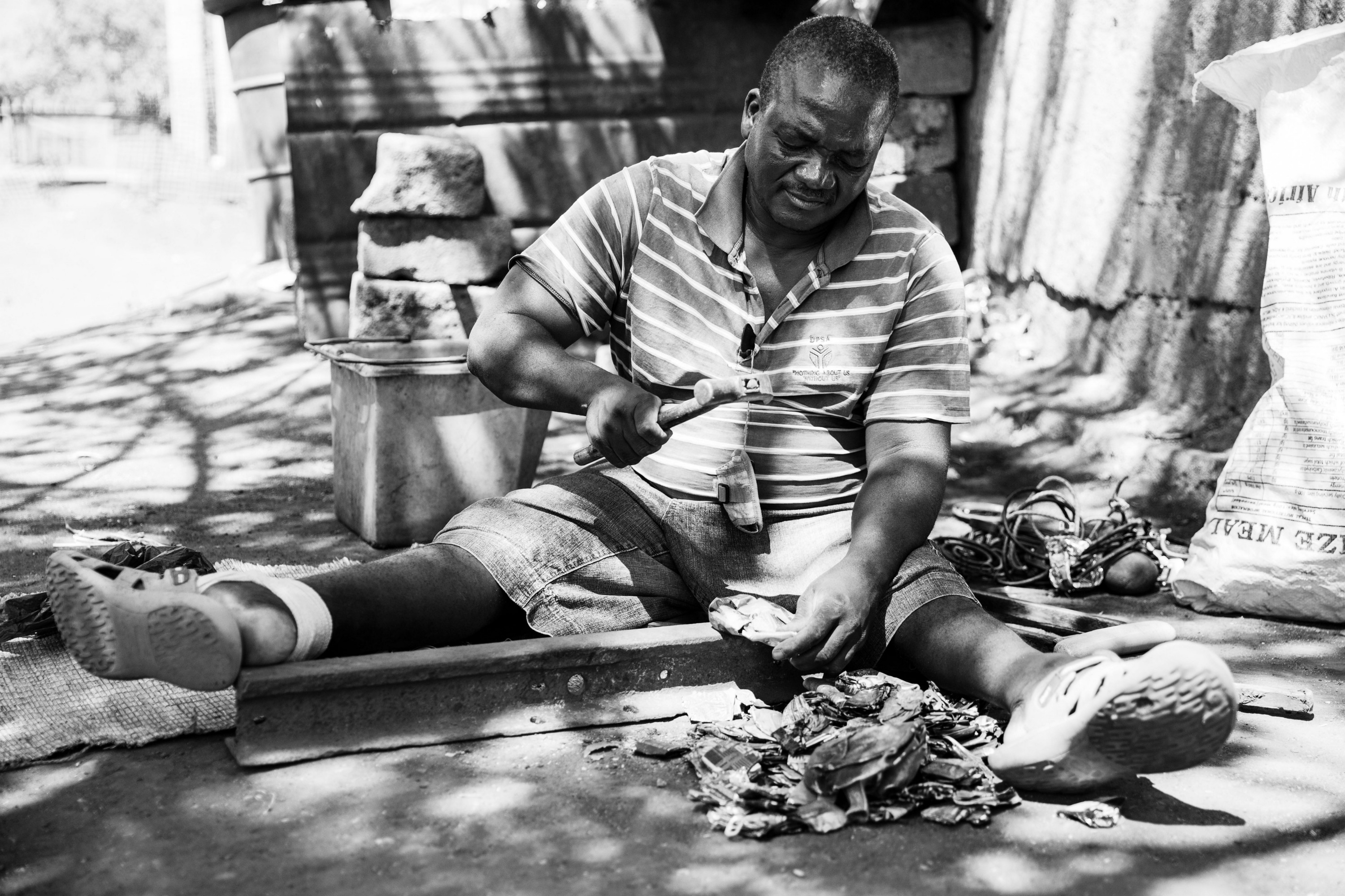 Here in the Nkomazi municipality, many people struggle to access healthcare and other services because of their legal status in South Africa.

Research by the African Centre for Migration and Society (ACMS) at Wits University found that most undocumented migrants — with or without disabilities — kept themselves hidden or invisible when it came to healthcare because they were afraid of being reported to immigration authorities and deported. 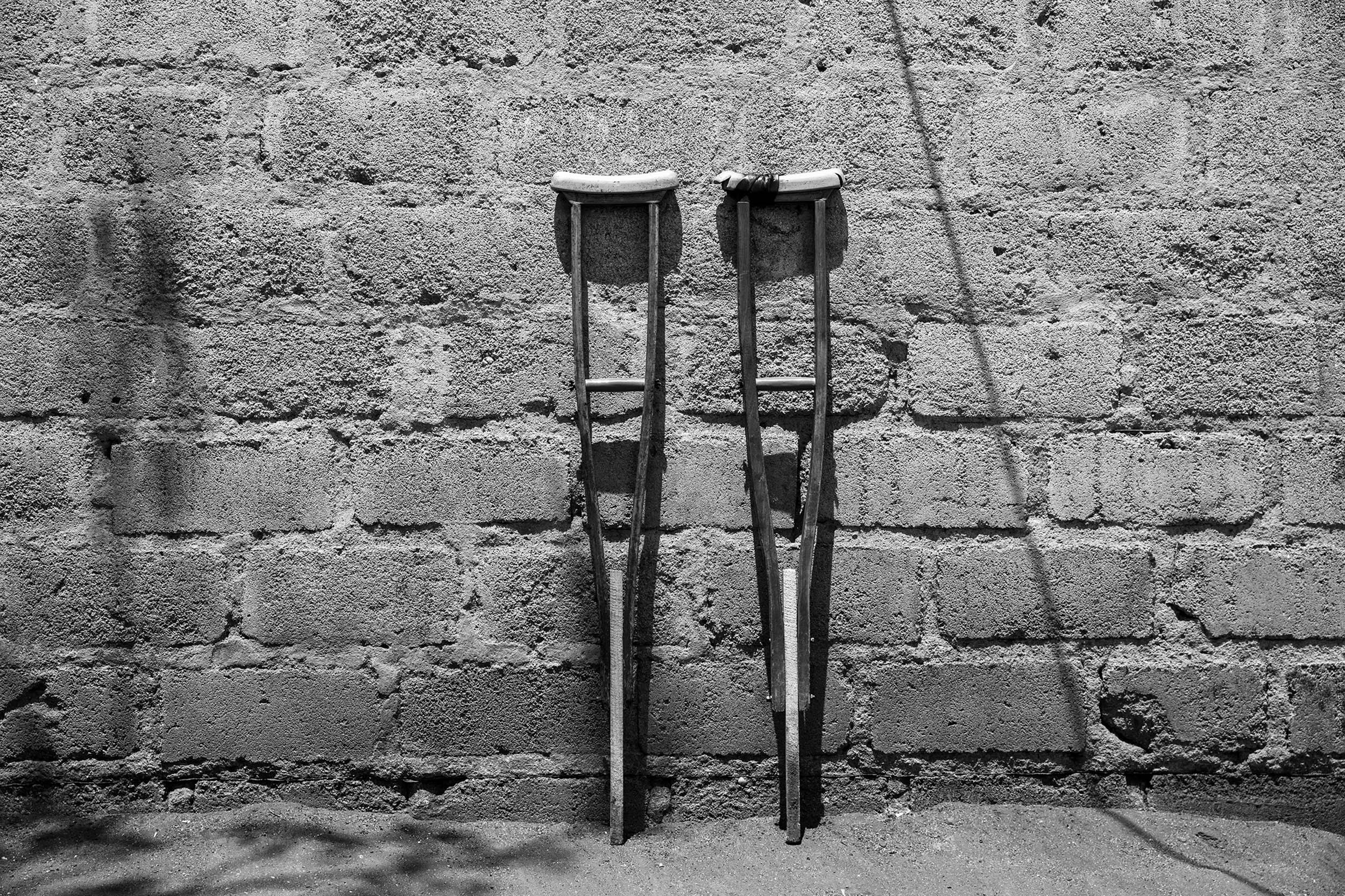 Mashabane has had these wooden crutches for more than 30 years.

Oupa Zitha, the chairperson of the Ehlanzeni Disability Forum, spends a lot of his time advocating for more awareness around people with disabilities and the challenges they faced in the area.

Zitha was in a serious accident years ago while transporting sugar cane for a local mill. He was lucky to survive, but had to have his leg amputated in the process and had a tracheostomy performed.

For him, it’s impossible to overlook migrants with disabilities in the area. Instead, he focuses his work on all disabled people, because the migrant and South African communities are so intertwined in this region.

“Even the buildings, they forget that there are people with disabilities who need to access these buildings. And these are just challenges for the South Africans. We need to do so much more work for migrants and help them at clinics when they don’t get the help they need.”