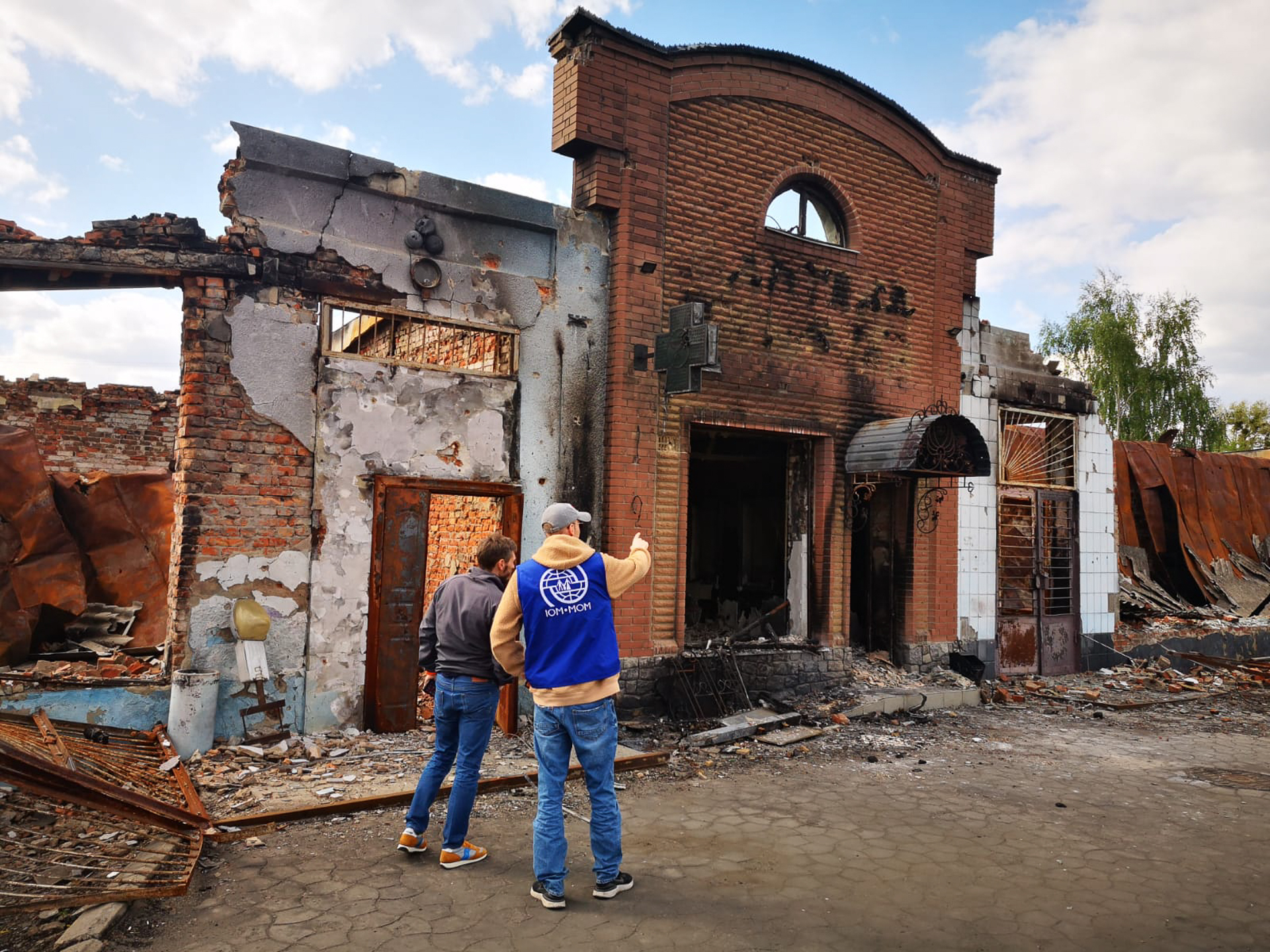 Ukraine, 3 June 2022 – Natalia was running through a field with her five-year-old son Tymofii and her mother Tamara, looking back at her house burning after an airstrike. “We spent a week in a cold basement hearing shelling. When we saw helicopters flying towards Borodianka, we realized it was either now or never. We grabbed a few things and ran out of the door,” she said.

An embroidered icon of the Virgin Mary reminds Natalia of a home that does not exist anymore. The icon and a tiny backpack with superhero toys belonging to Tymofii travelled with them hundreds of kilometres, as they fled their hometown of Borodianka. Once a green suburb of Ukraine’s capital, it witnessed the most intense fighting since the Russian invasion.

Local volunteers, two of whom were later killed, helped the family to get on one of the evacuation buses to western Ukraine. Since then, Natalia and her family have lived in several temporary centres for internally displaced persons (IDPs), and finally settled in a centre in Kolomyia in Ivano-Frankivsk Region. But a sense of impermanence persists. From here, Natalia, Tamara and Tymofii have nowhere to go and their need for long-term housing will increase as the war drags on. 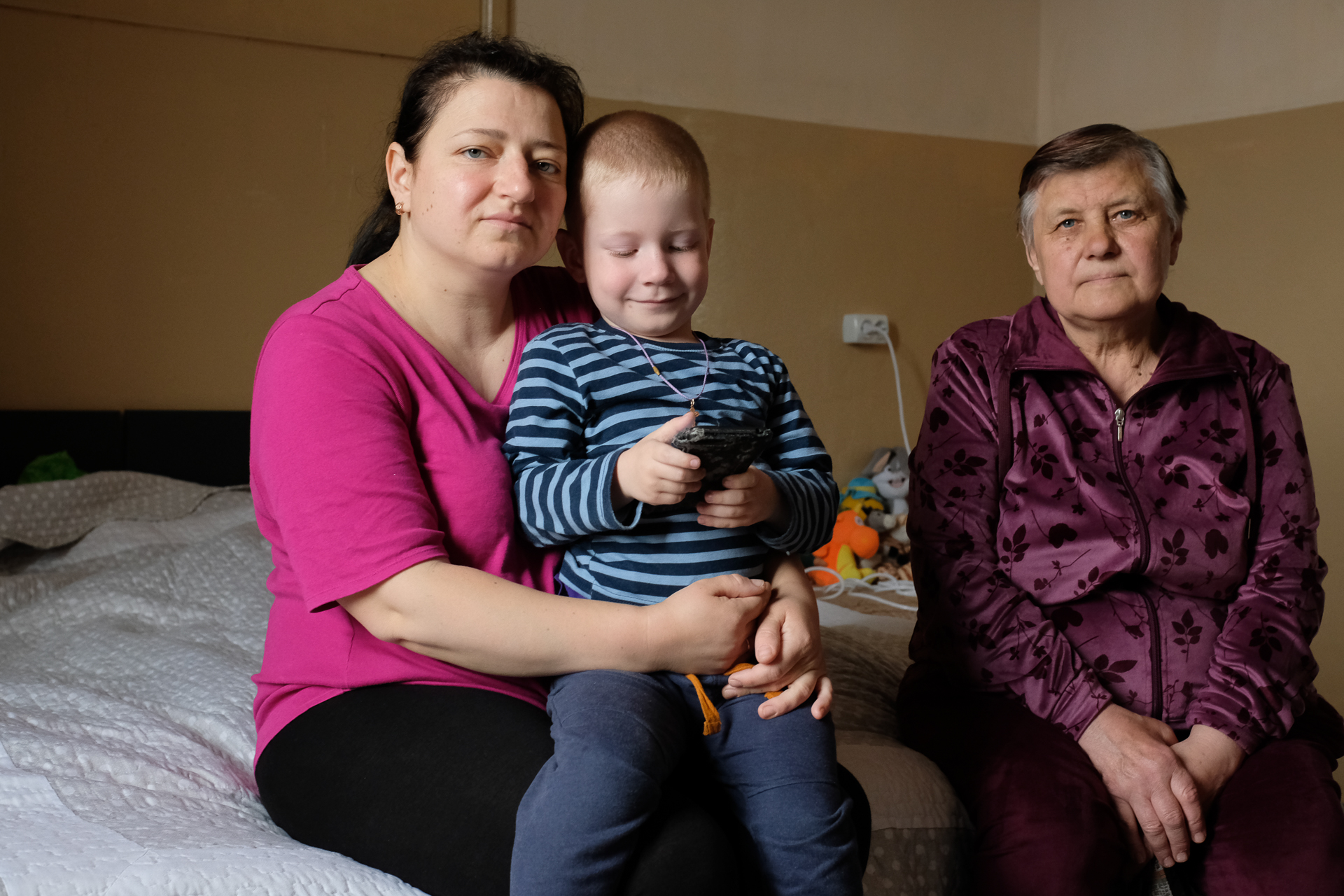 Natalia with her five-year-old son, Tymofii, and her mother, Tamara. Photo: IOM/Iryna Tymchyshyn

The people in Ukraine are exhausted, scared, and lost without clear plans for their future. But they are also courageous, resilient, and convinced of their ability to rebuild their lives. During the first 100 days of the Russian invasion of Ukraine, we recorded the stories of Natalia, Tamara, Tymofii, Iryna, and Kostiantyn. They represent the fate of millions of people who grabbed what they could and fled while shells fell around them. 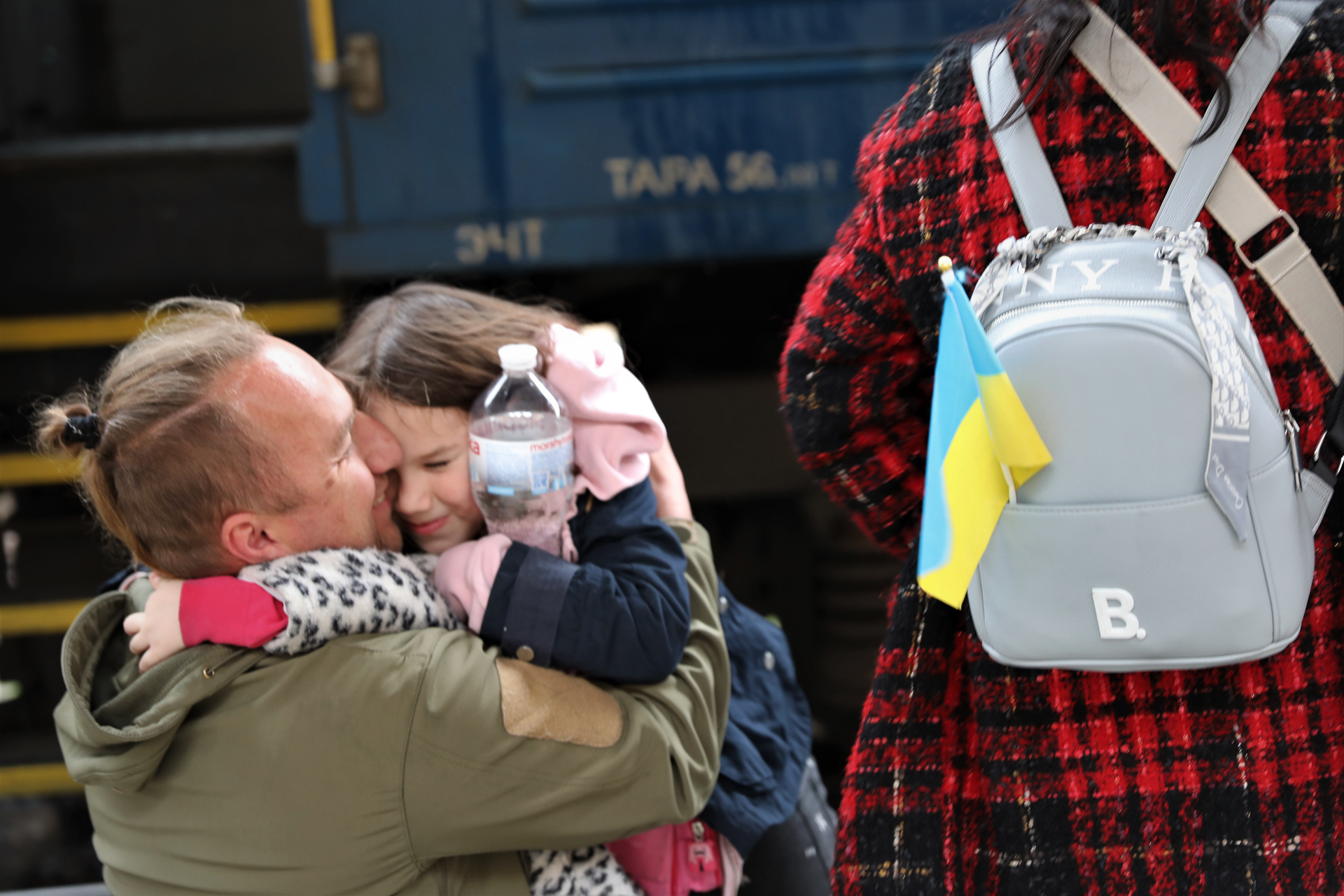 Living in a classroom with two dogs

Iryna and Kostiantyn, both 65 years old, came from Kharkiv Region, the site of some of the worst horrors of the war and fierce shelling. After days of repeatedly climbing up and down the stairs from their 10th floor apartment to the shelter in the building’s basement, the elderly couple packed a few belongings and fled with their dogs to safer locations in western Ukraine.

“The near-constant shelling and planes overhead – it was very scary. We packed at night and got into the first train. It took us 27 hours to get here,” the couple explains. “We were nervous that we would not be allowed to live in the dormitory with our dogs. But everyone enjoys playing with them. We were lucky.”

Since early March, they have been living in one of the dormitories in Stryi, Lviv Region, where several floors are designated for displaced families, among whom are the elderly, families with children and people with disabilities. Spare rooms on one of the floors were turned into a kindergarten and dorm rooms have become homes for people fleeing the war.

Despite all the inconveniences, Iryna and Kostiantyn are not planning to return home as it remains unsafe. 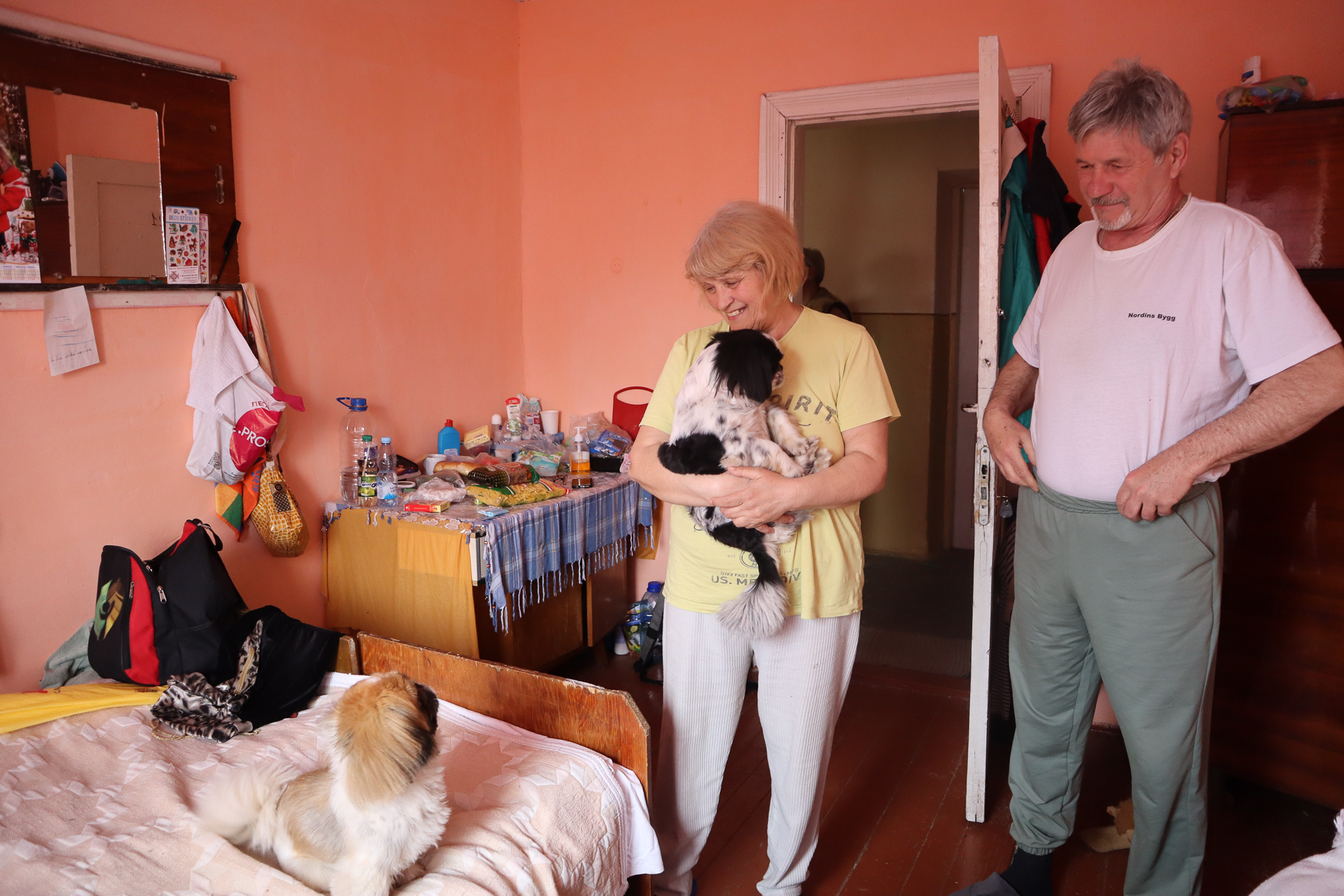 Iryna and Kostiantyn live in one of the dormitories in Stryi, Lviv Region, where several floors are designated for displaced families. Photo: IOM/Alisa Kyrpychova

From emergency to recovery efforts

Most of the schools, dormitories and other buildings that opened their doors to internally displaced persons were not designed to host a large number of people. Leaking sewerage, old electrical systems and sanitation facilities, rotten wooden windows, damaged roofs, and a lack of privacy are the most common problems.

In the western Ukrainian region of Zakarpattia, IOM has started rehabilitating old premises. Its mobile repair teams are working tirelessly to improve the living conditions for thousands of families in Ukraine, who face prolonged displacement. 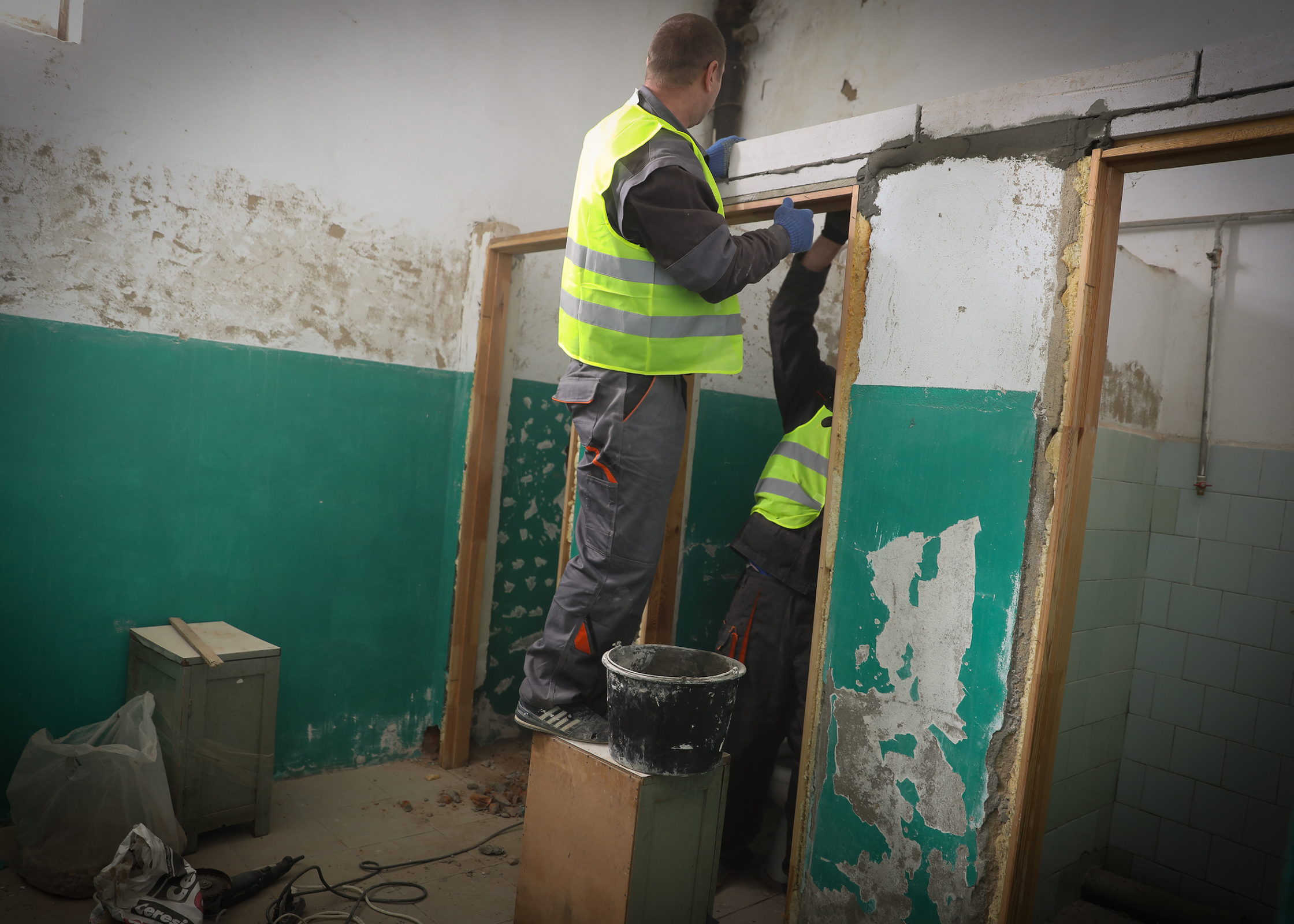 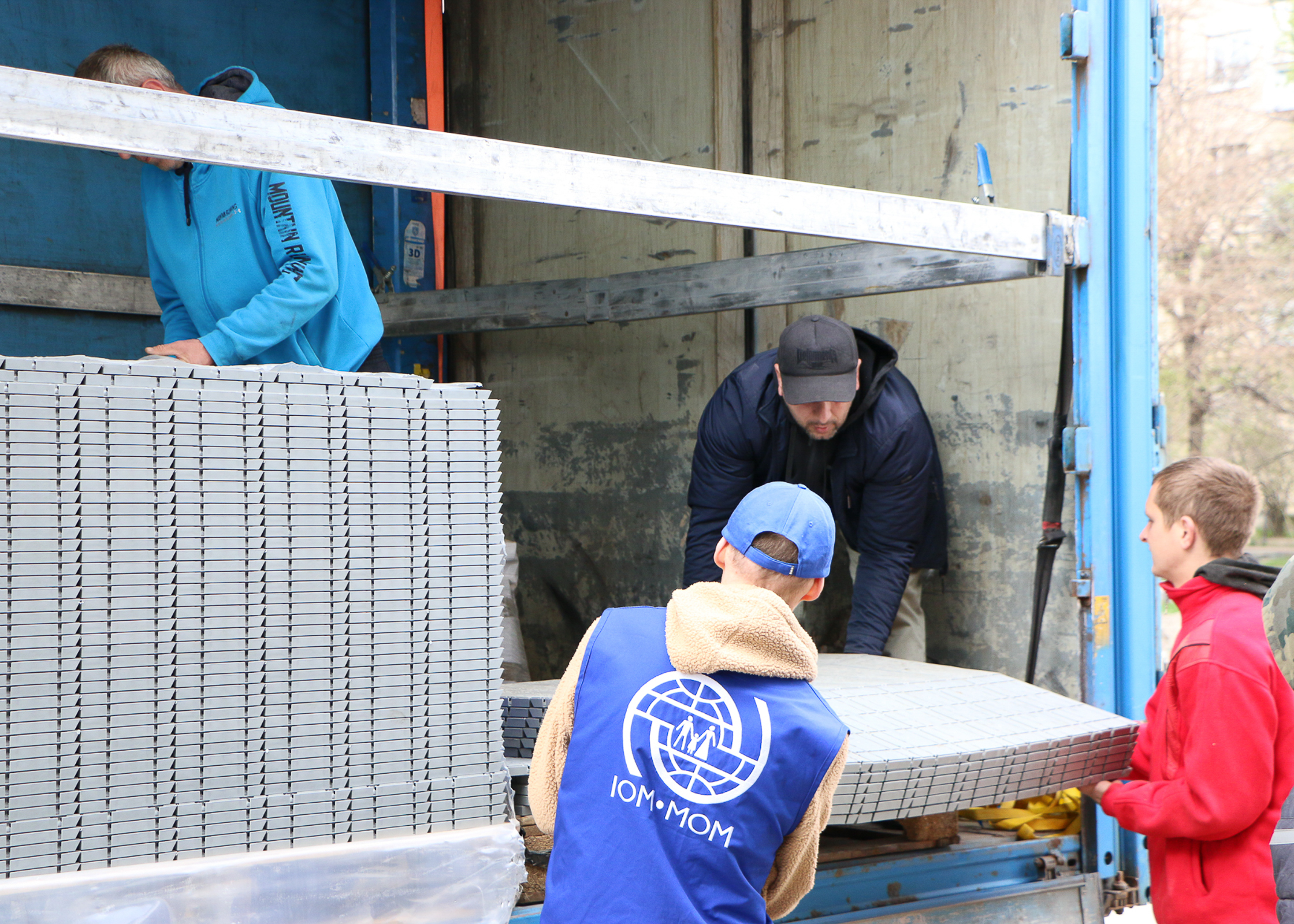 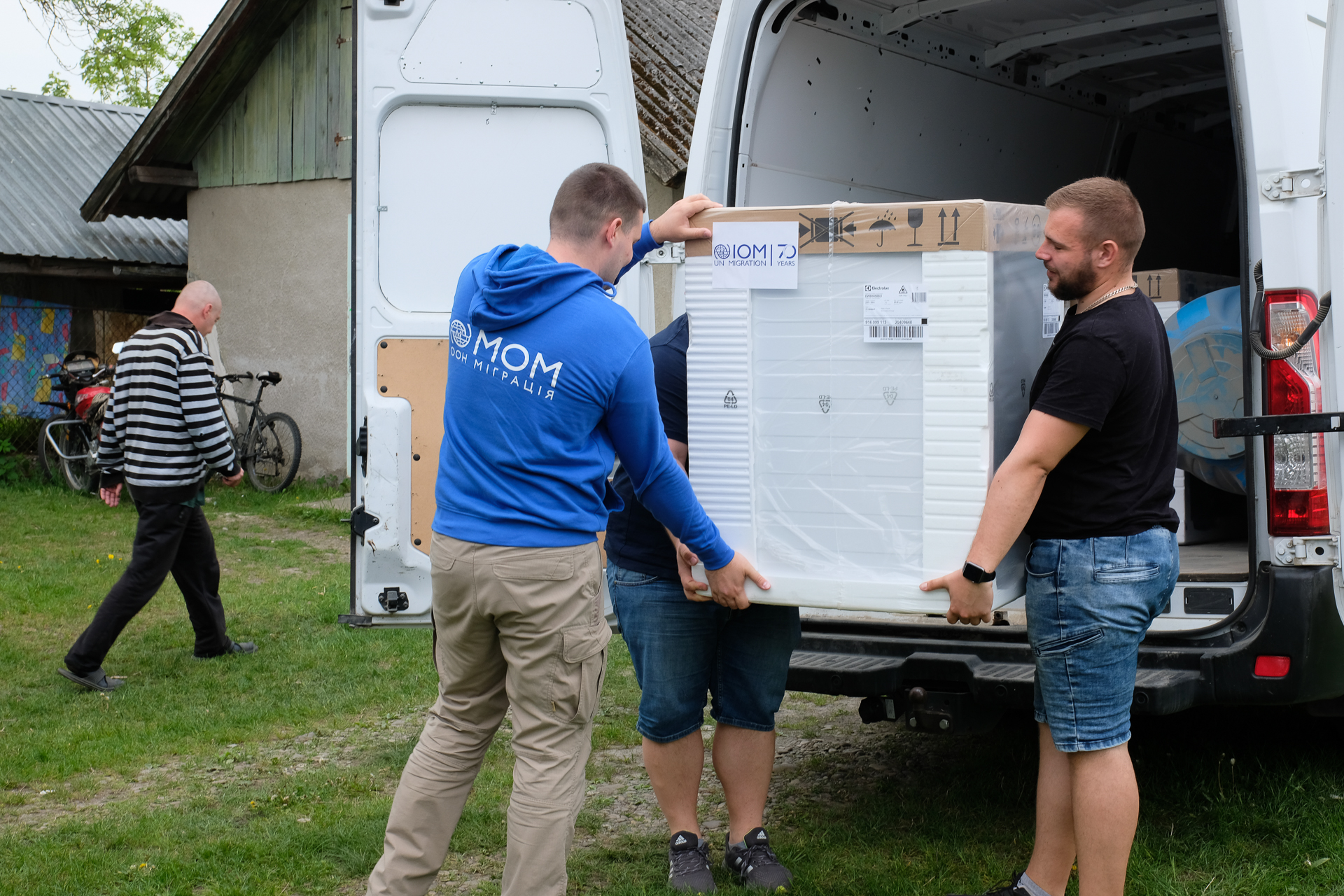 Three quarters of IDPs surveyed by IOM at the end of May identified cash as one of their priority needs. Since March, IOM has provided cash to over 72,000 vulnerable war-affected people in Zakarpattia, Chernivtsi and Vinnytsia.

“As autumn and winter are not far away, there is a need to find sustainable solutions for the accommodation and integration of internally displaced people,” says IOM Ukraine’s Chief of Mission, Anh Nguyen. “In addition to the immediate humanitarian response in Ukraine, we will support resilience and recovery efforts.” 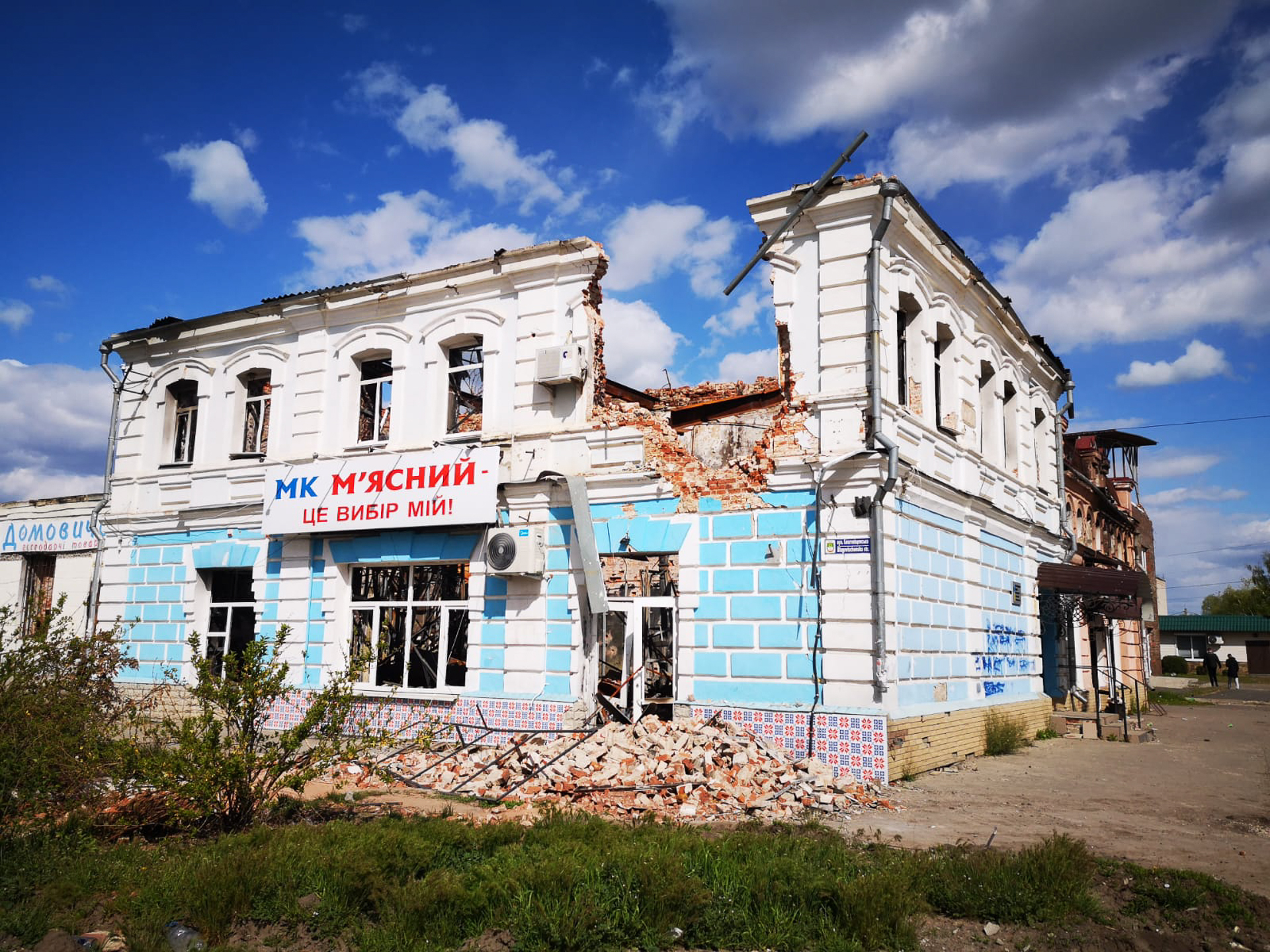 Spring of Hope, one of IOM’s long-term NGO partners, highlights the importance of socioeconomic support for internally displaced persons for their successful integration in host communities. According to the latest IOM displacement survey, 64 per cent of displaced people who were employed before the start of the war have lost their jobs and one in five has no income. To bolster economic recovery and contribute to job creation, IOM has recently launched a small grant programme to support micro-enterprises and self-employed people in Lviv, Zakarpattia, Kyiv, Chernihiv and Sumy, and a bigger grants initiative for businesses that relocated to Lviv and Zakarpattia. 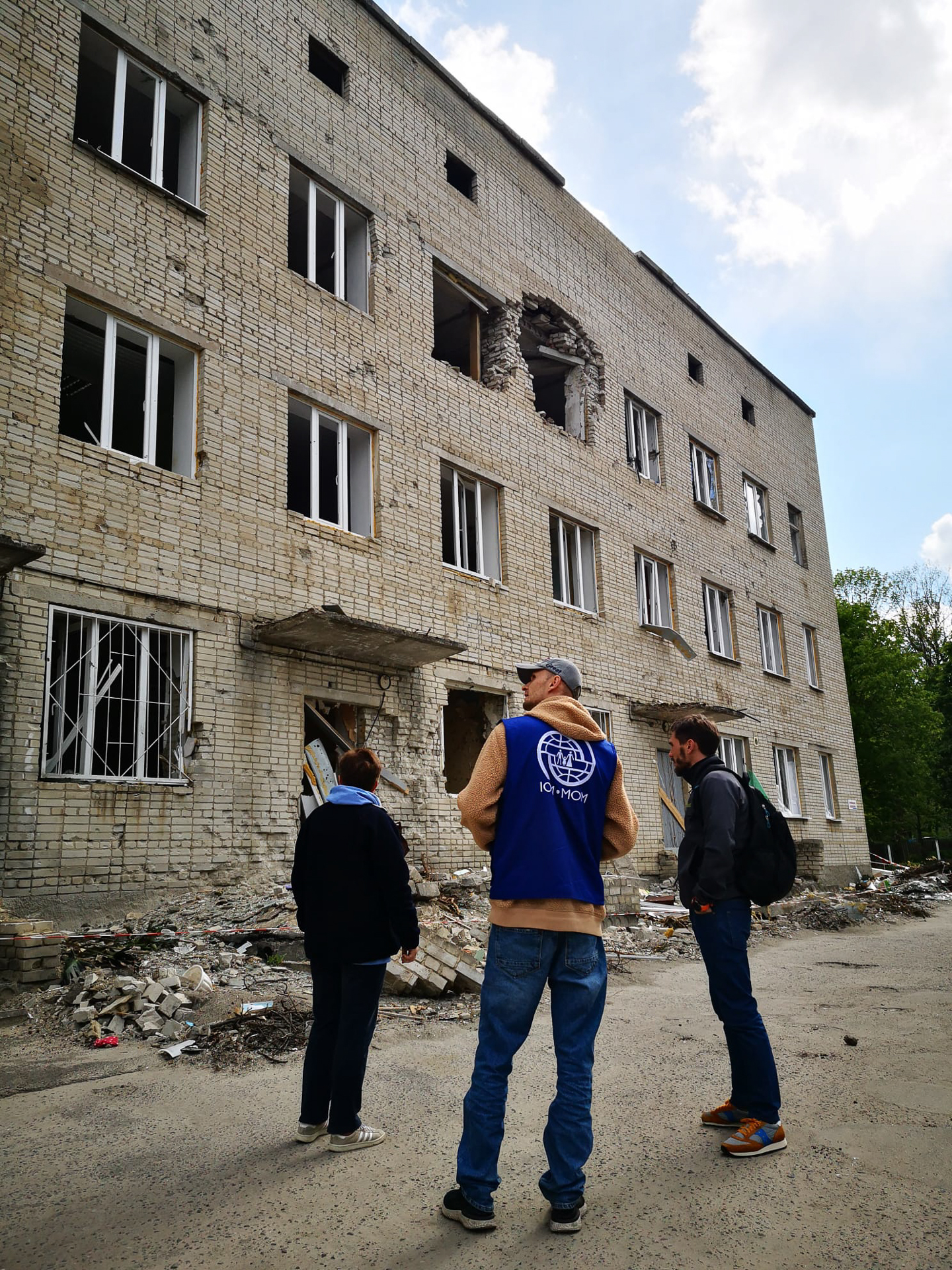 The provision of psychosocial support – primary care, individual or group counselling and training – remains a key concern. The IOM toll-free hotline 0 800 211 444 offers tailored and confidential support through calls by a team of 30 psychologists. Moreover, IOM mobile clinics also provide mental health services in Lviv Region and will be expanded to other locations.