Six Months and 79 Years of Resilience in Kharkiv

Kharkiv, 24 August 2022 – The destruction and loss of life following the Russian invasion of Ukraine has resulted in the largest humanitarian crisis in Europe since the Second World War, and forever linked two different generations of Ukrainians, including those in Kharkiv.

Six months into the war, the city whose pre-war population was roughly 1.4 million remains the epicentre of the heaviest fighting, shelled almost daily, a nightmare reminder of earlier war for the oldest residents of the city.

Seventy-nine years ago, this region also fought for its freedom. On 23 August 1943, it was liberated from Nazi troops, a date now celebrated as Kharkiv Day, on the eve of Ukrainian Independence Day.

Over 13 million people have been forced to flee their homes, seeking safety elsewhere in the country or protection abroad. Entire cities and villages have been razed and over 5,500 civilians have lost their lives, according to the United Nations. 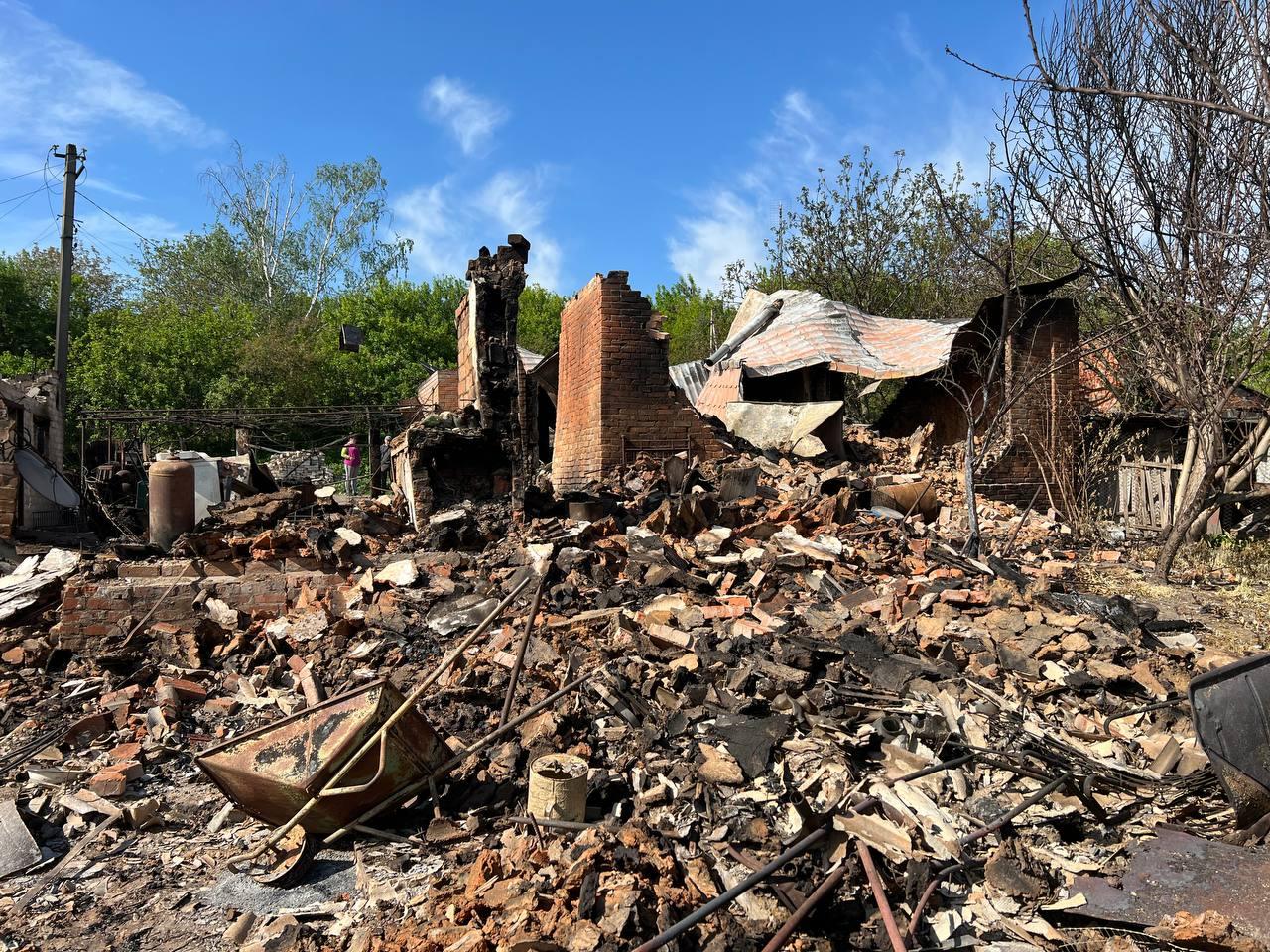 Critical infrastructure and residential areas were heavily damaged in the northeast region of Ukraine. Photo: NGO Source of Revival

For many Kharkivians, lives are defined as Before and After.

At 4 a.m. on 24 February, Ukraine’s second largest city took a fierce hit. Within 24 hours, Russian troops had reached the northern suburbs of the region’s capital just 30 kilometres from the Ukraine-Russia border. Despite outnumbering the Ukrainian forces, the invading army was unable to enter Kharkiv.

“I am from Kharkiv, from the largest residential area in Ukraine – Saltivka, where about 400,000 people lived before the war,” says 21-year-old Tania, who has found a temporary home in Ivano-Frankivsk Region and participated in the International Organization for Migration’s (IOM) Summer School for young leaders among displaced persons and members of hosted communities.

“For two weeks, my family and I did not leave the metro (underground station) even for a minute. The metro became the main bomb shelter for the locals. I did not want to leave the city, because my grandparents remained behind. Only when they came to us in Kharkiv, I decided to flee from the war.” 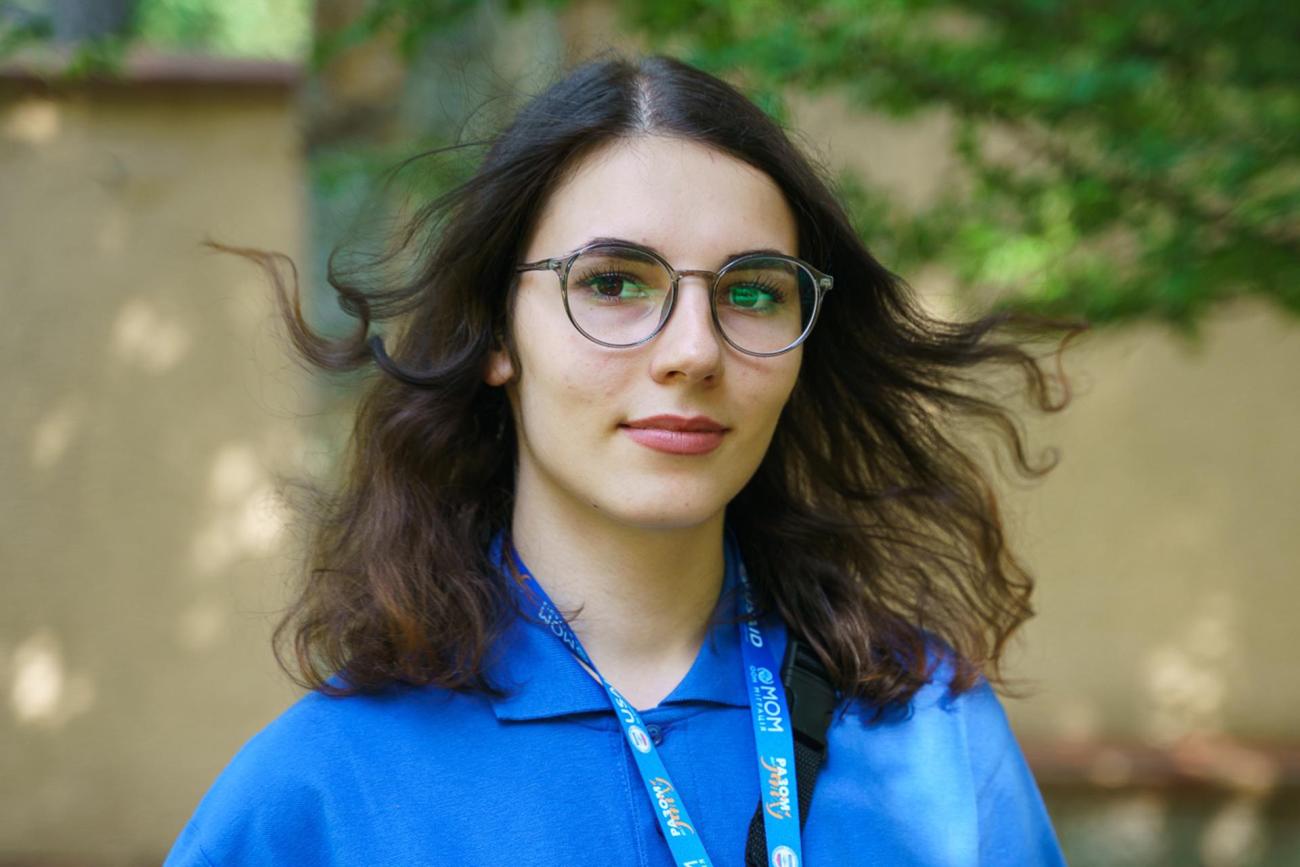 According to a recent IOM survey, the biggest number – 28 per cent of the estimated 6.8 million internally displaced persons (IDPs) in Ukraine – fled from Kharkiv Region. The humanitarian needs of those who chose to stay or were unable to flee are immense.

In May, Kharkiv received the first humanitarian convoy from IOM with much-needed items for people staying in the city’s shelters and hospitals, as well as hard-to-reach communities in areas under Ukrainian control.

“Locals need solar lamps as there is no light, mattresses and blankets as it is damp and cold in shelters, tools for minor repairs for their damaged houses, hygiene kits,” explains Serhii, the head of Source of Revival, one of the biggest non-governmental organizations in the region and IOM’s implementing partner in Kharkiv Region.

“Only war-affected people can understand the value of this help.”

In the first months of the war, the Source of Revival team’s working day began at 6 a.m. and ended at 3 p.m., when a curfew was set and any movement around the city was forbidden. The location of the warehouses had to be changed several times due to heavy shelling, missiles and air strikes.

Not all drivers agreed to go to this dangerous area. The situation has since escalated; the number of casualties is growing but no one on the team has left Kharkiv. They put on bulletproof vests and protective helmets to deliver IOM’s assistance to those in dire need. 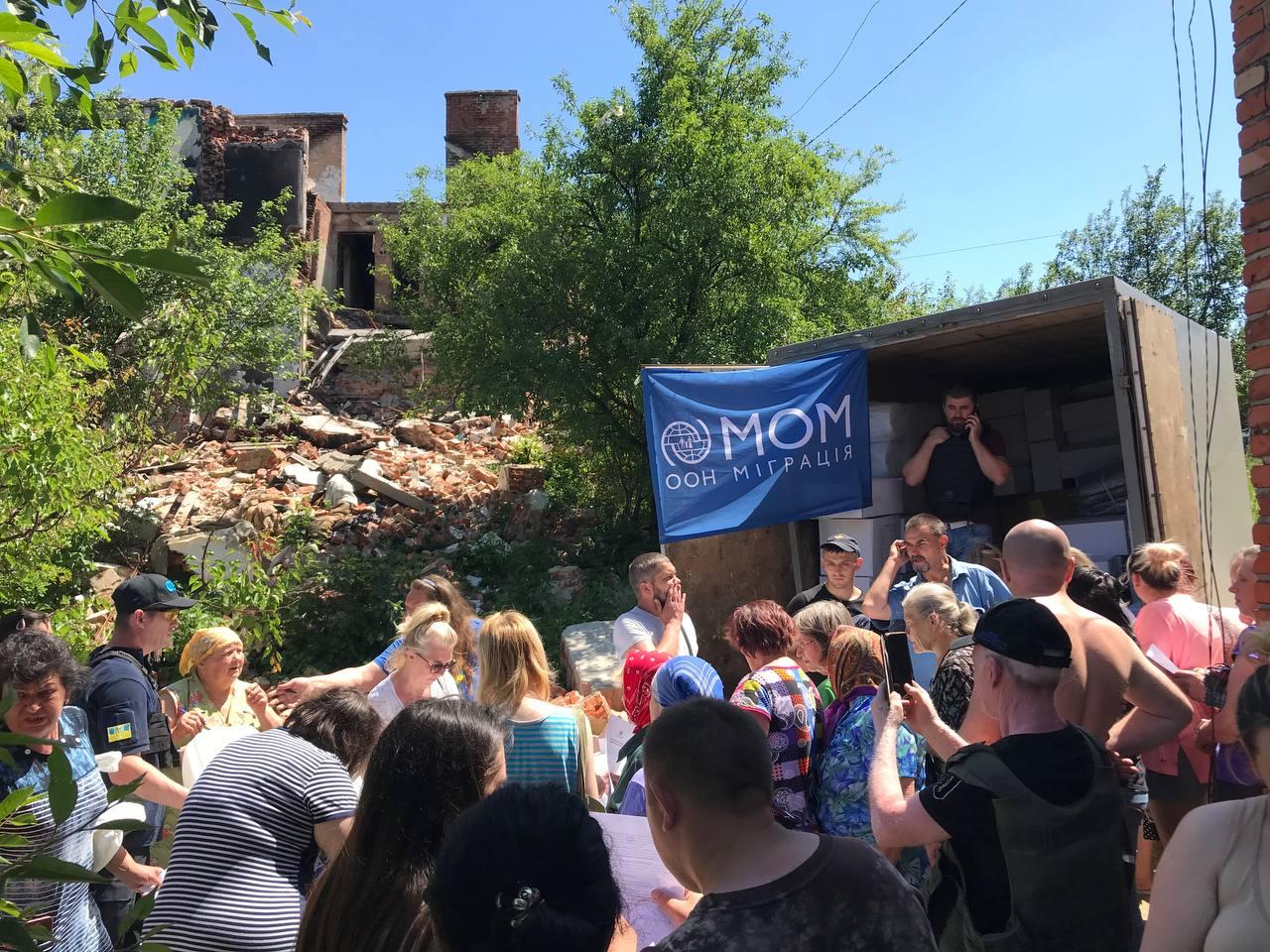 Nadia, who is currently living on the outskirts of Kharkiv, fled her home in the city of Derhachi due to heavy shelling shortly after discovering she was pregnant in March.

“Now, there is nothing left alive in Derhachi,” she recalls. “There is also shelling here, but not as fierce as in my hometown; then, when a missile hit a nearby school, we moved once again.”

Source of Revival brought tailored humanitarian aid from IOM directly to her temporary home as it was especially challenging for a pregnant woman to move around the unsafe city. 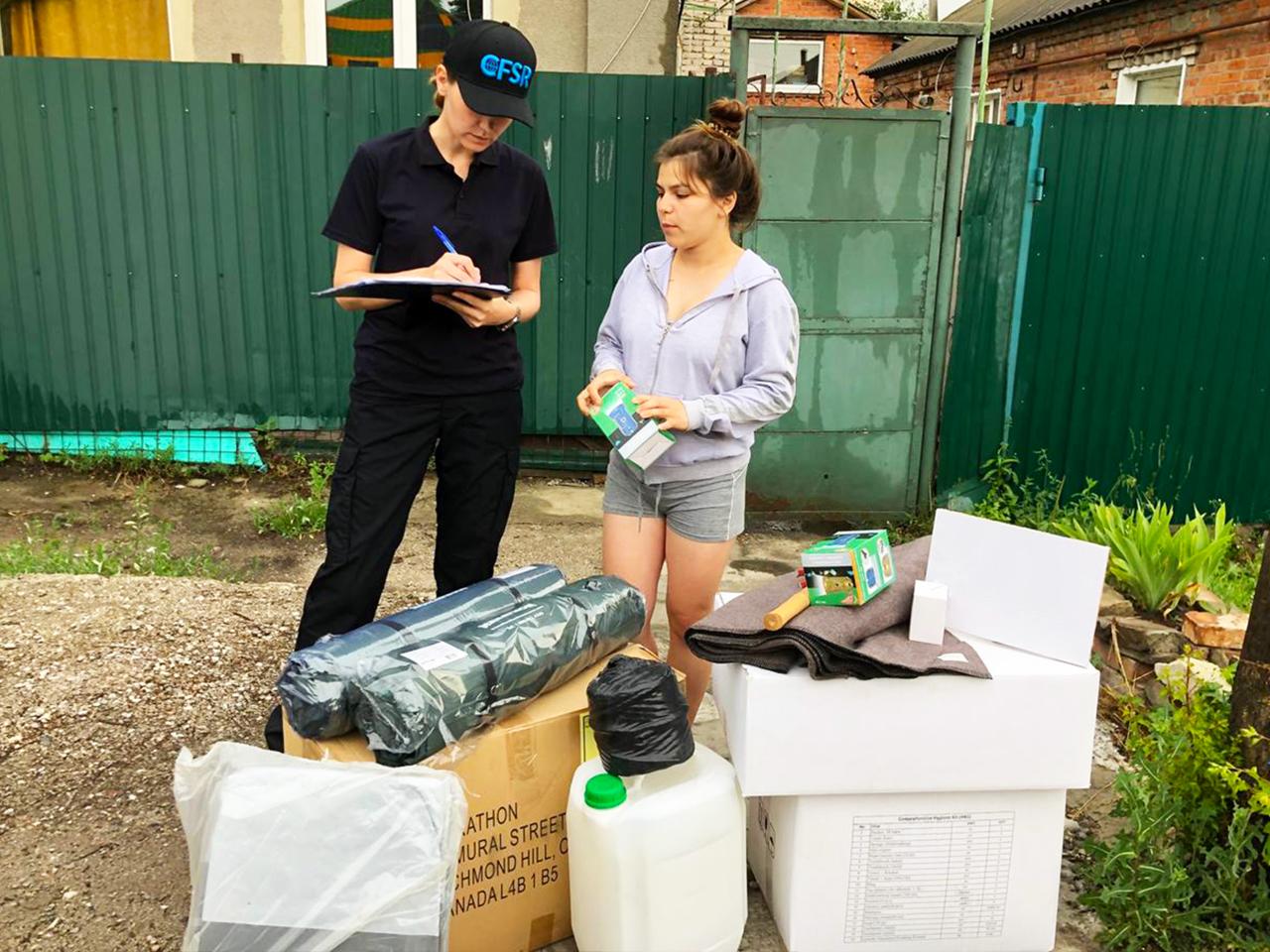 Nadia found out that she was pregnant during the heavy shelling of Kharkiv oblast. Photo: NGO Source of Revival

The hardest part of the team’s work is delivering aid to communities that survived the Russian occupation. Although it takes time to de-mine the areas after Ukrainian forces have recovered them, NGOs endeavour to reach people in critical need as quickly as possible.

“Some settlements were razed to the ground. There are many local Irpins and Buchas in our region,” a Source of Revival staff says, referring to two cities in Kyiv oblast occupied by Russia at the start of the war where evidence points to significant human rights abuses being committed against the civilians. “Exploitation, kidnapping for ransom, robbery, bullying, torture, rape, and sexual abuse of women, children, the elderly, and men. Some people are still missing.”

Humanitarian workers are helping local residents and identifying victims of conflict-related violence. All of them can go to the IOM centre for physical and psychosocial rehabilitation. 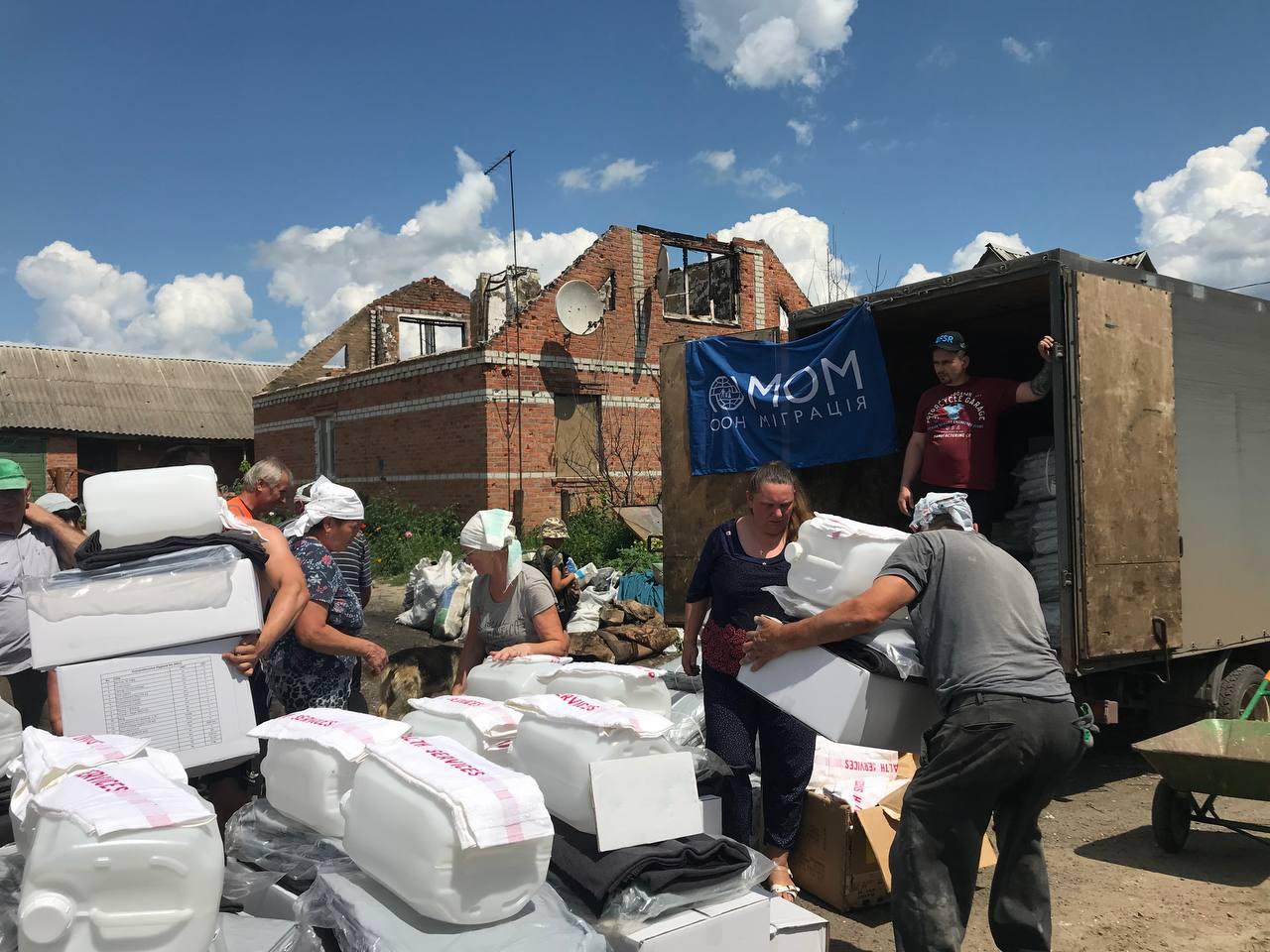 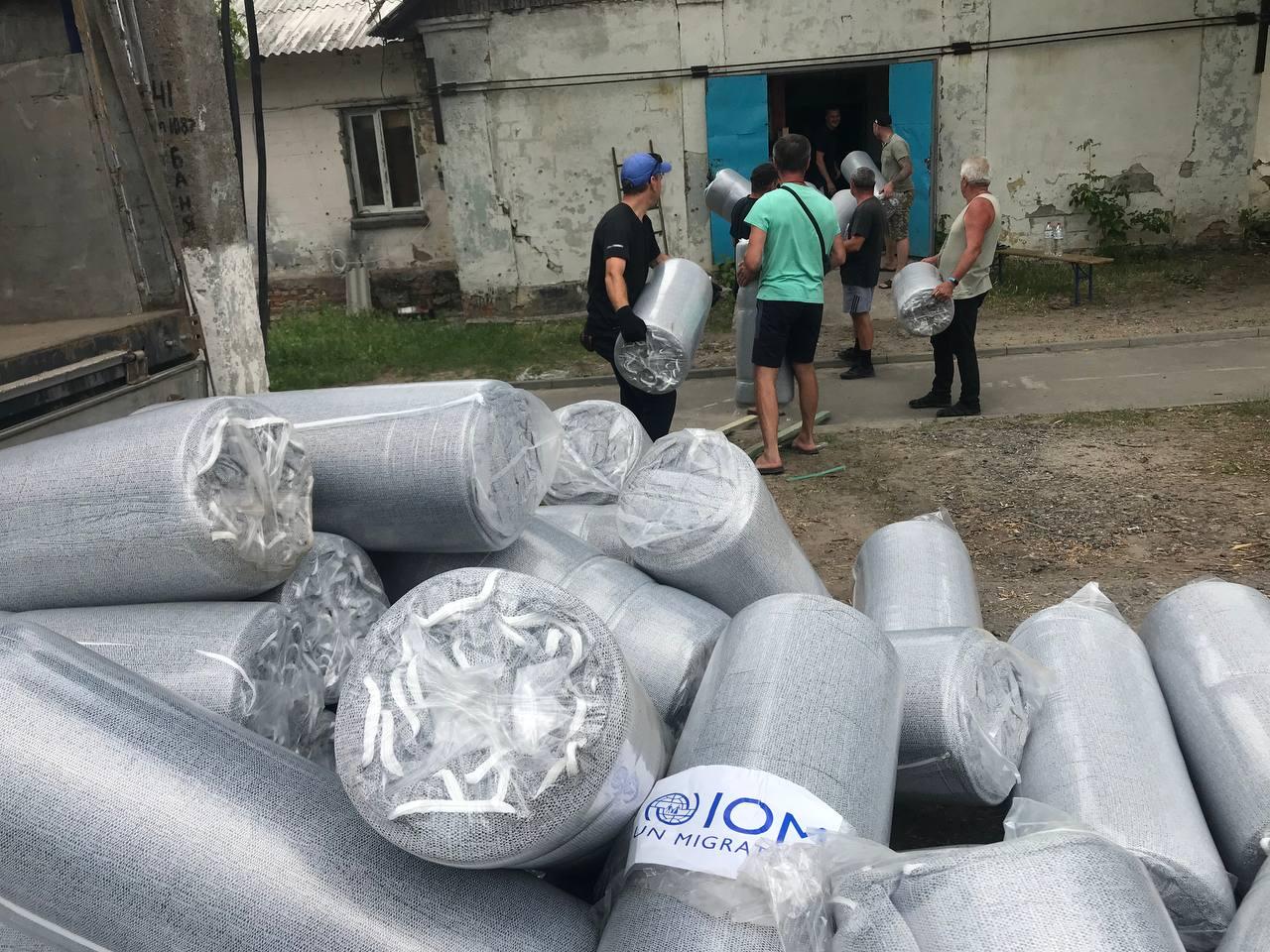 Many hard-to-reach settlements in the region were badly damaged and are in dire need of basic necessities. Photo: NGO Source of Revival

Lately, Kharkiv has been receiving increasing numbers of displaced persons fleeing neighbouring Donetsk and Luhansk regions. And, despite the security situation, even Kharkiv residents are returning to their homes with high hopes.

“They want to rebuild this place,” says Serhii, whose house was damaged by shelling as well. “But everything has changed: the infrastructure is damaged, houses are destroyed, there is no work, and part of the region is still occupied. Russian troops are trying to move closer to the city, so the threat remains, and chaotic shelling continues.” 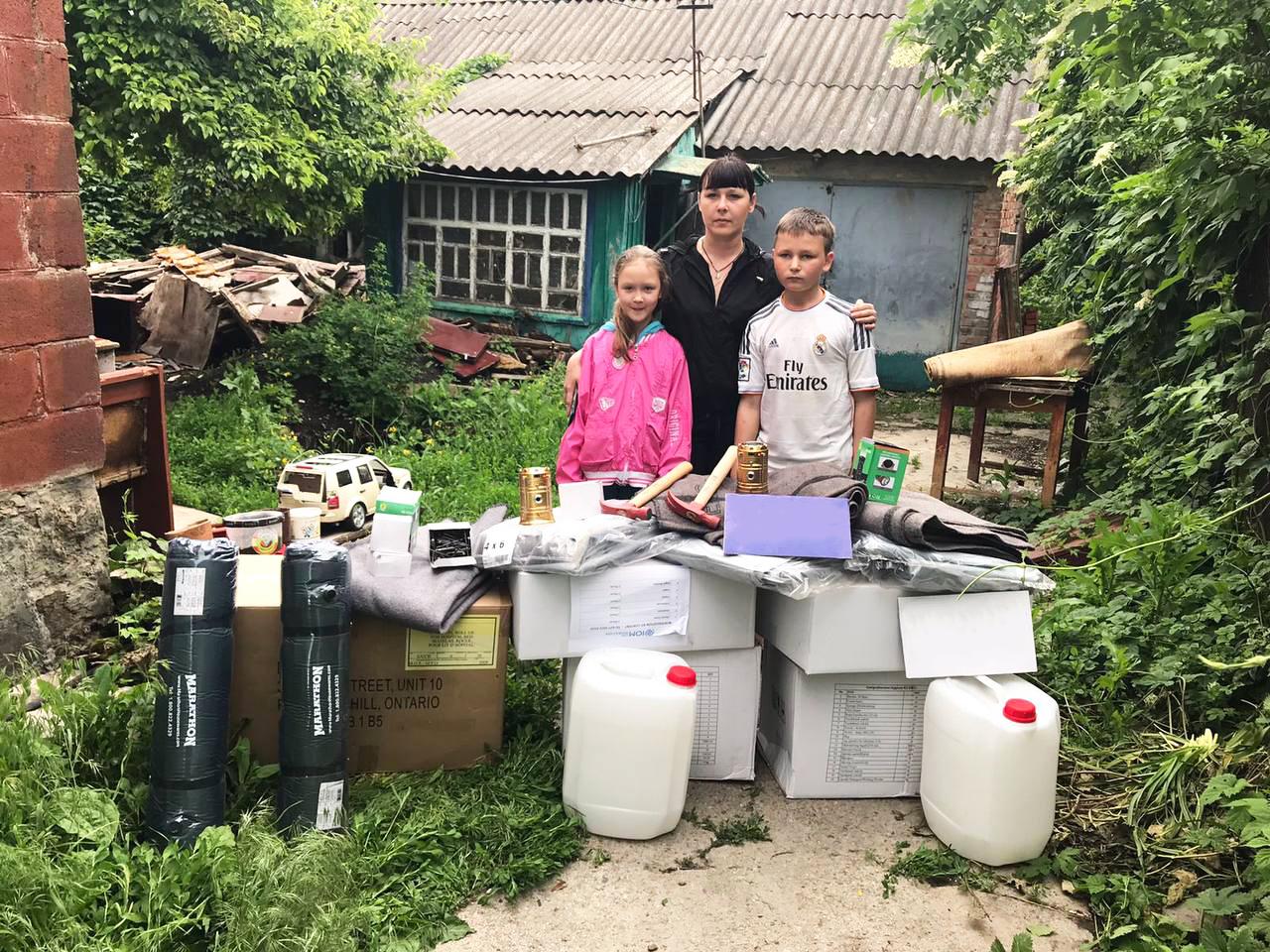 According to authorities, over 1,000 civilians in Kharkiv Region were killed in the last 181 days, including 50 children, and this figure may not be final. Calm is deceptive here, and the situation can change in the blink of an eye. In one single night, on 18 August, 21 civilians died, and 44 were injured in Kharkiv Region as a result of a missile attack on a residential area. Nevertheless, as was the case 79 years ago, locals believe in their land and justice, revealing the same strength and character as their ancestors.

“I draw power from my team. I understand that most of them could leave Kharkiv, but they stayed. They are the first to put on vests, helmets and go to help others,” says Serhii. 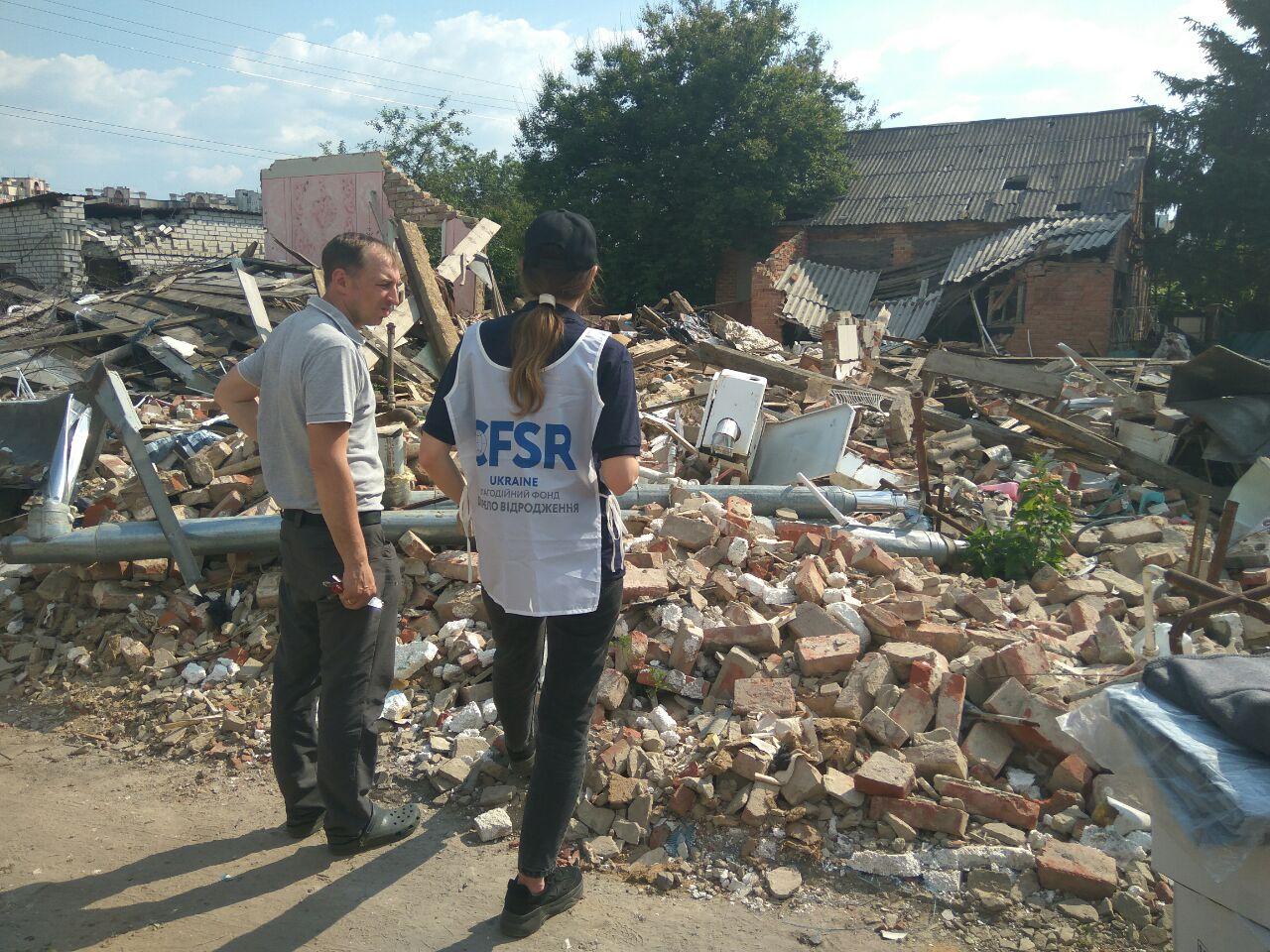