Starting from Scratch Over and Over Again: Heavy Rains and Floods Displace Thousands of Hondurans 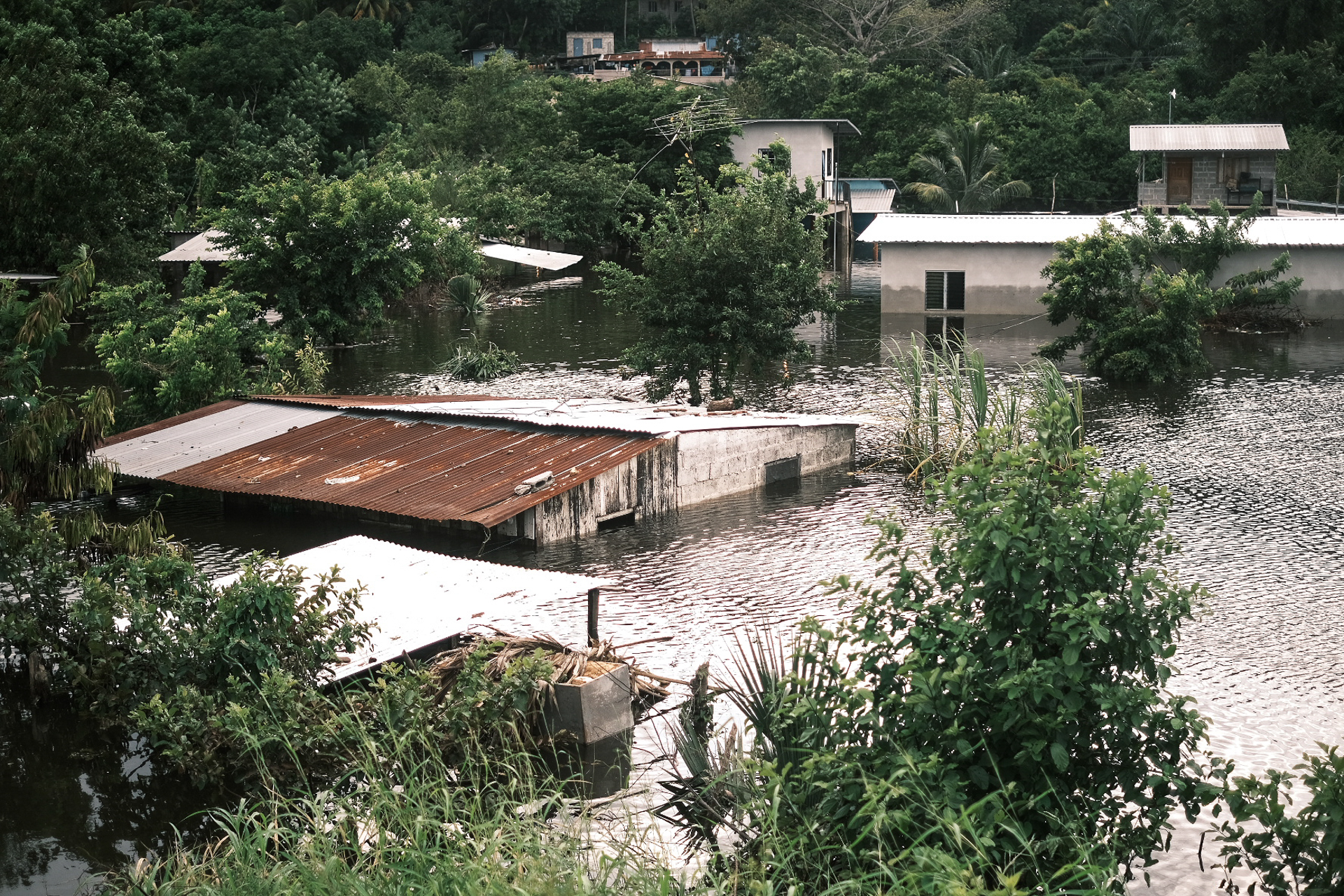 Unusually intense rains have affected some 73,000  people in Honduras during September. The rainy season is still far from over. Photo: Courtesy World Vision/André Guardiola

El Progreso, 28 October 2022 – Jennifer and Silveya are among the thousands of people affected by the recent floods in northern Honduras – having lost everything just two years ago after hurricanes Eta and Iota.

Silveya Ramos has been sheltering for nine days in a school in El Progreso, in northern Honduras, after her house in the community of Rio Chiquito was flooded in September. Silveya and her family have lost everything. “We are eight families in a classroom, and the only thing I could save from my house was the stove and the gas tank to prepare food,” she said. Like so many in the community, her family’s precarious situation hangs in the balance.

While Silveya found refuge at the school with her three children, her partner must take care of his mother in a different part of El Progreso. The local government and the community have provided food but there is immense need for other basic supplies. “We need bed linen and more mats. I’m sharing a mat with my children, and it is already hurting my back,” describes Silveya.

“We lost everything we had recovered after Eta and Iota,” she says hopelessly. This is the third time she has had to abandon her home due to the rain. Without any other housing option, Silveya and her family always return to the same place once the floods are over. 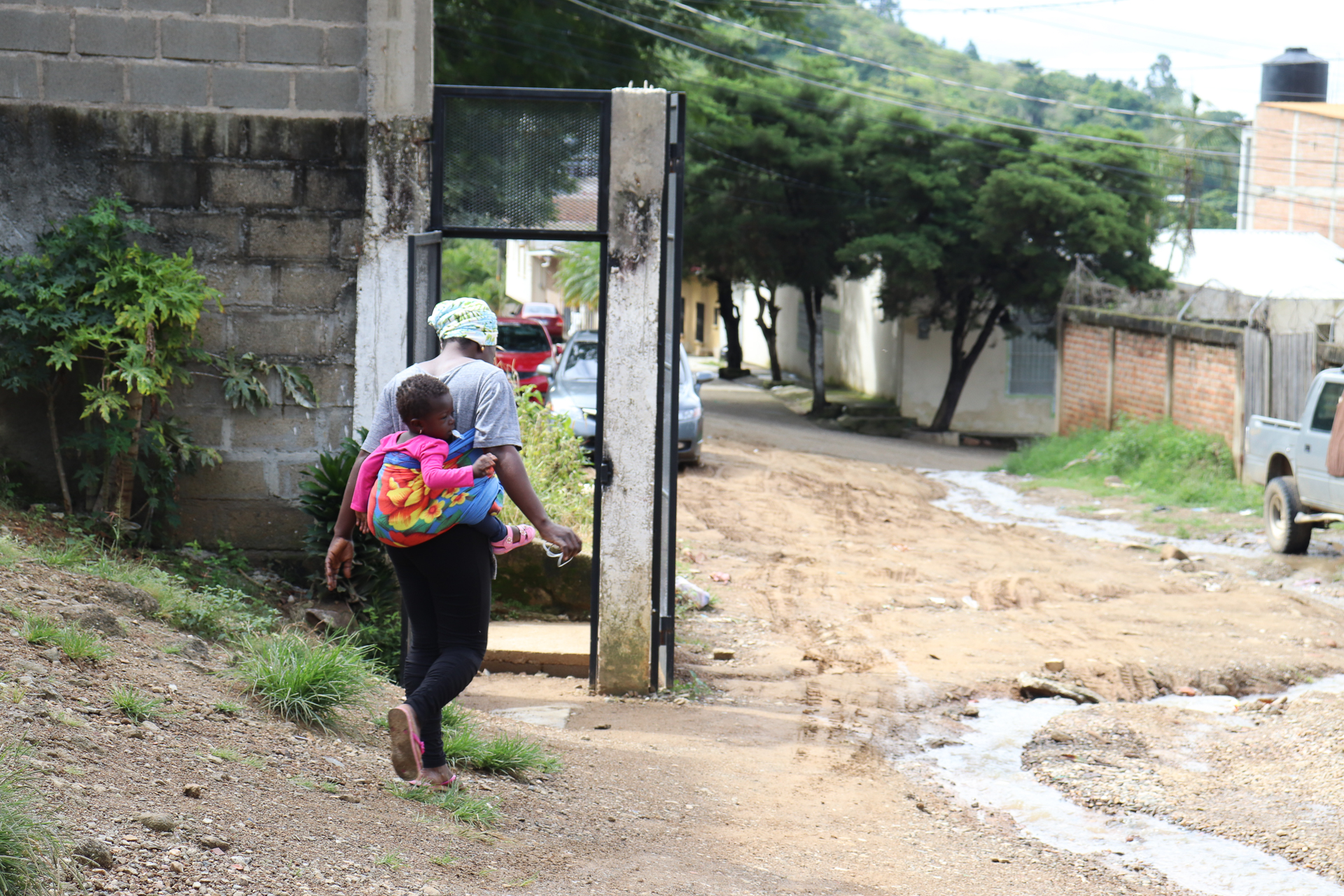 Two years after Hurricanes Eta and Iota, Honduras faces a climate change-related crisis again. Following unusually intense rains affecting 73,000 people during the last few weeks (according to the last official report by the Permanent Commission of Contingencies of Honduras), 16 of the 18 departments in the country reported damaged roads, collapsed bridges, devastated crops, flooded houses, and landslides.

This repetitive cycle is evidence of how climate change, combined with other vulnerabilities, causes internal and international migration as people are forced from their homes and lives in search of safety.

“My house was flooded, and we are afraid of returning and seeing all the damage the rains caused,” said Jennifer Figueroa in dismay. She is staying at the same school as Silveya, along with her partner and son. They spend their days waiting for national authorities to announce that it is safe to return to her house. This waiting game may be futile, however, as they know that heavy rains will only continue during the next months and their home may be flooded yet again. Alongside support from the local government and international organizations, communities have also donated milk, diapers, and wet wipes for the babies. 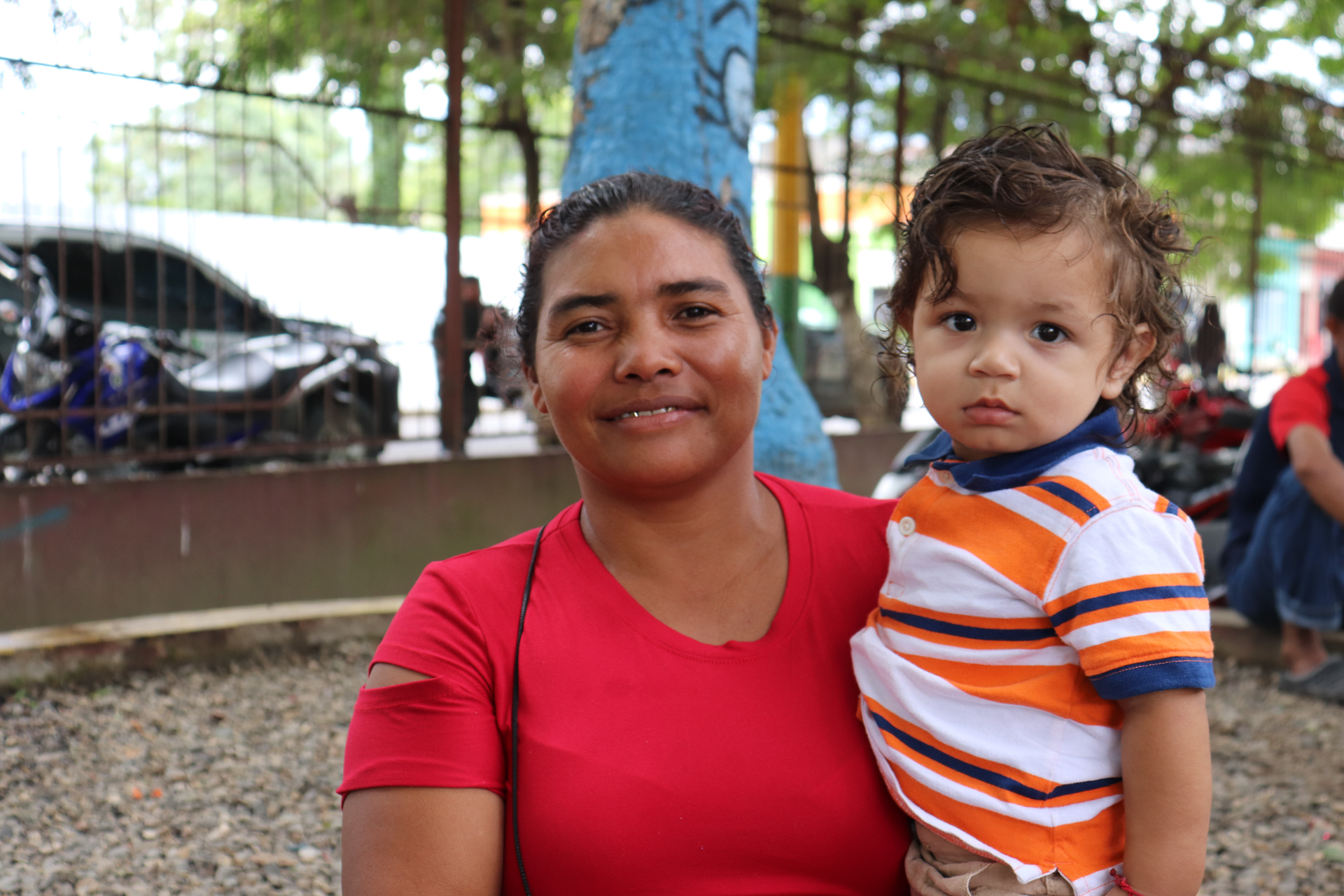 Jennifer Figueroa is sheltered in a school in El Progreso after her house was flooded. She fears returning and witnessing the damage the water caused to her home. Photo: IOM/Ismael Cruceta

Other parts of the country have been equally devastated by the flooding. In eastern Honduras, heavy rains have damaged the road between Trojes and Danlí, completely blocking the main migration route toward North America. Subsequently, migrants are risking their lives in attempts to cross the Guayambre river as an alternate route. Desperate migrants carry their young in their arms, tethered to trees with ropes to battle the strong currents that have destroyed everything in their way. 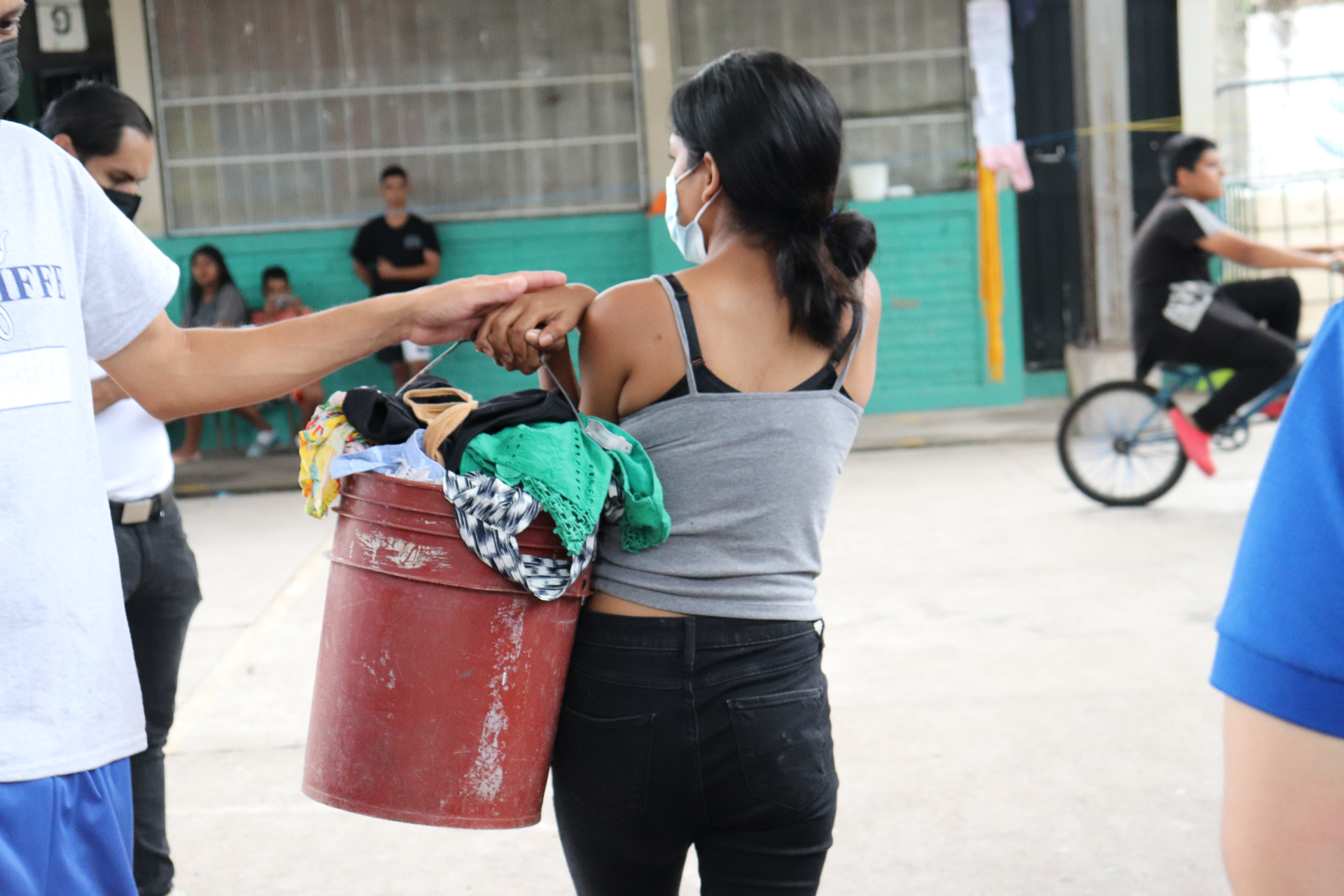 Those affected by the recent disasters in Honduras take shelter in schools, which can be particularly uncomfortable for families with minors. Photo: IOM/Ismael Cruceta

Many don’t survive this dangerous crossing. A few weeks ago, a group of migrants lost control of their canoe in the turbulent waters during an attempt to cross the river. Among those who died is Nickey, a two-year-old boy born in Brazil to Haitian parents, as well as two adults, including his father. 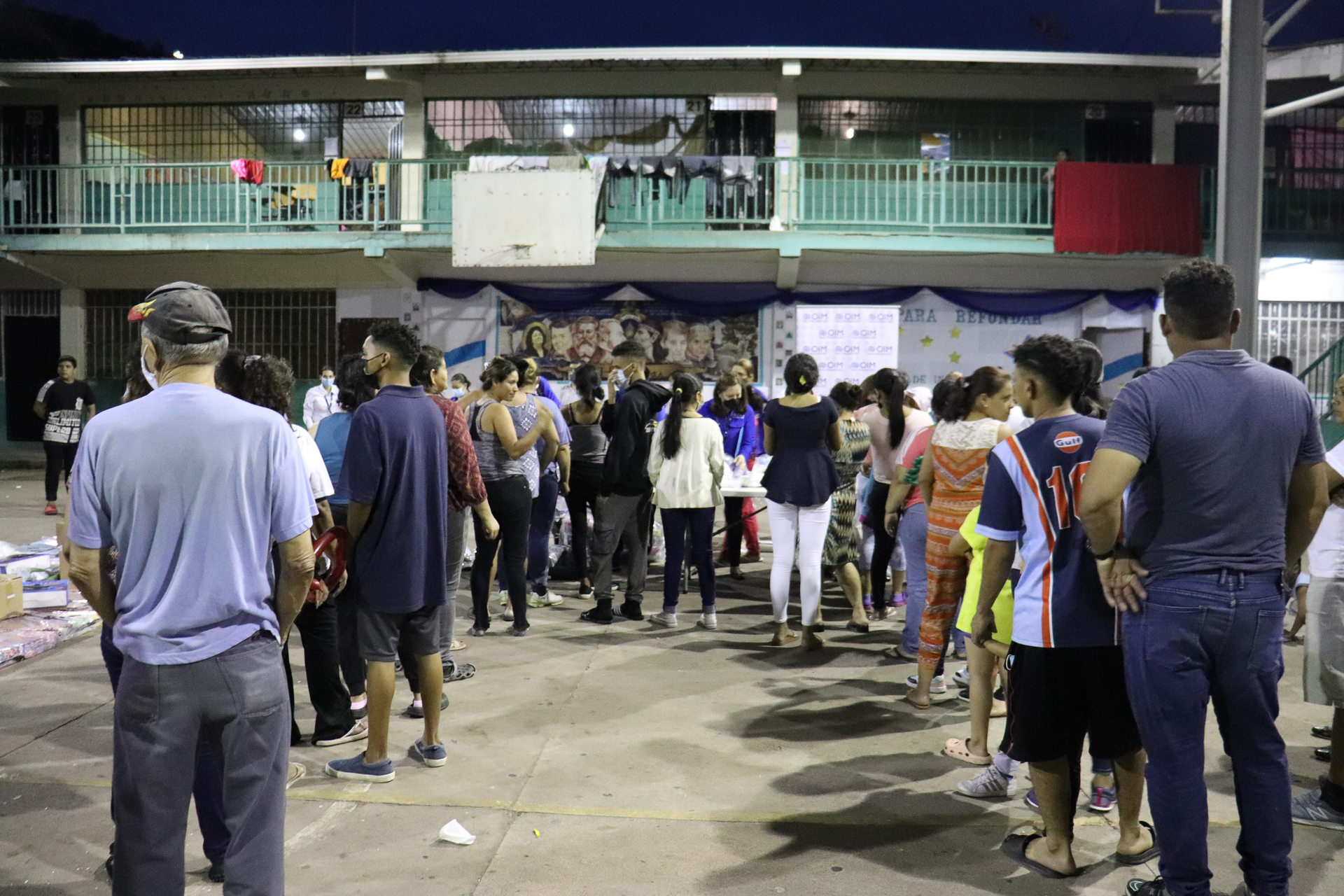 IOM has provided mats, bed linen, clothes, and other basic supplies to many of those affected by the floods in Honduras. Photo: IOM/Ismael Cruceta

As the manifestations of climate change intensify, more people will be forced to move in the future. Ahead of COP27 (the UN Climate Change Conference), the International Organization for Migration (IOM) calls for urgent action. The global community needs to address disaster risk reduction in the face of climate change and prevent forced migration in the context of climate extremes. Orderly evacuations and early warning systems are part of efficient risk management systems.

IOM is committed to implementing resilient strategies to anticipate and respond effectively to the risks caused by multiple environmental factors, in particularly vulnerable areas like Central America, which will likely continue to be hit by extreme weather in the years to come.