“When we got to the middle of the sea the smugglers started ordering us to get off the boat and said if we refused, they would throw us into the water. I saw six men die with my own eyes.” Photo: IOM 2021

Obock, Djibouti – Meftuha, a migrant from Ethiopia, watched in horror, fear and, she says, in “complete disbelief” as people smugglers off the coast of Djibouti forced dozens of African migrants off their boat.

One of at least 200 migrants on board, Meftuha told the International Organization for Migration (IOM) the unseaworthy craft was carrying 46 children, mixed in with adults traveling from Djibouti to Yemen.

The boat had left the Djiboutian coast at 2:00 am on Wednesday, 3 March from Oulebi. It had been sailing for about 30 minutes when the smugglers started shouting and screaming at the passengers on board.

“When we got to the middle of the sea the smugglers started ordering us to get off the boat and said that, if we refused, they would throw us into the water. I saw six men die with my own eyes,” Meftuha testified.

Every year, thousands of young African migrants travel from Djibouti (coming from the East and Horn of Africa, mainly Ethiopia and Somalia) on such journeys to Yemen, hoping to cross into the Kingdom of Saudi Arabia in search of work opportunities.

Other survivors confirmed this account and say at least 80 migrants were violently pushed into the water by the smugglers. At least 20 migrants are now confirmed drowned. 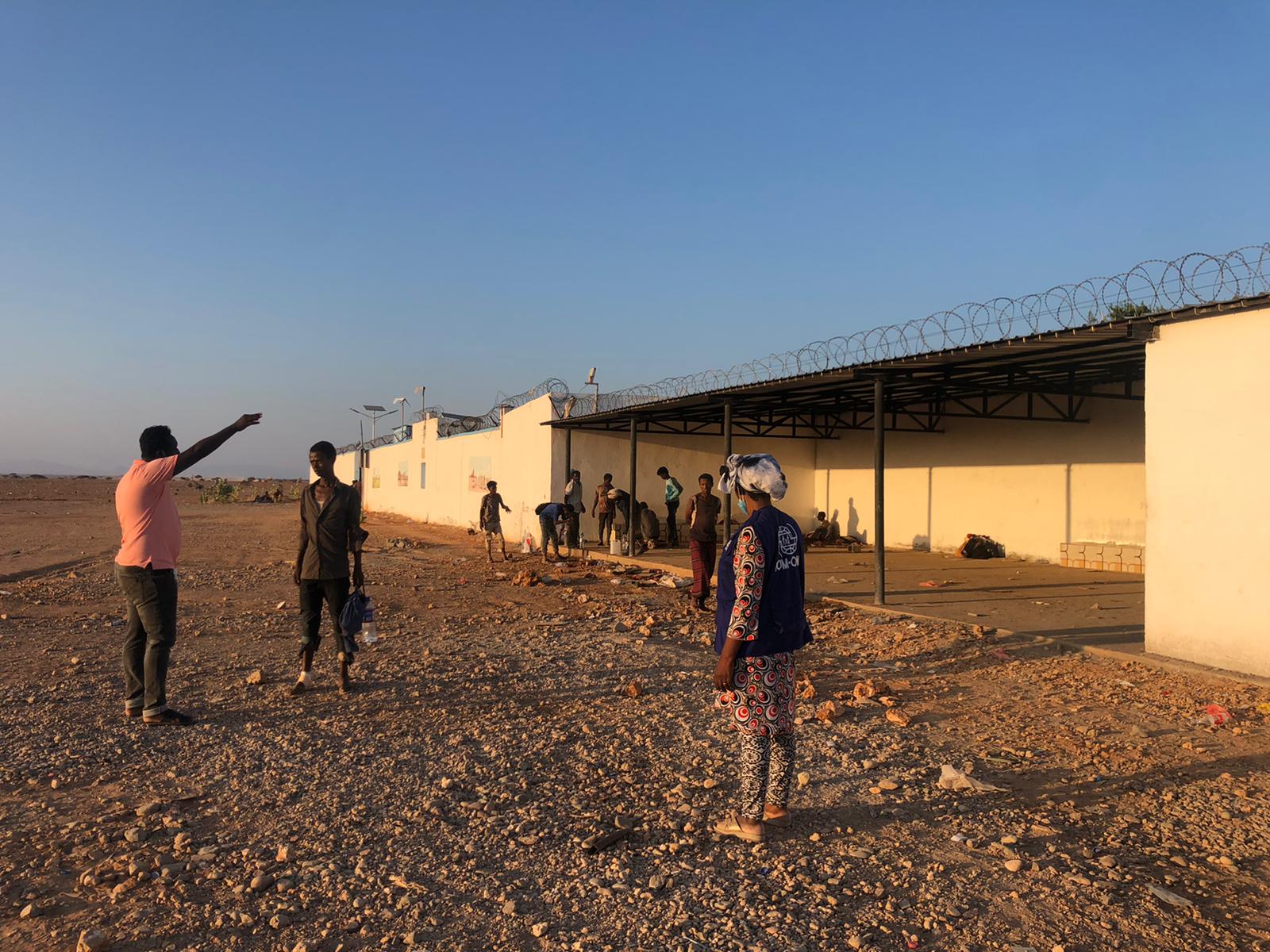 Every year, tens of thousands of young African migrants from the region make the dangerous journey from countries like Somalia and Ethiopia to Djibouti, before boarding vessels to Yemen and traveling onwards to the Gulf nations in search of work. Photo: IOM 2021

Meftuha explained the smugglers also order their passengers to push the boat into the water, even as it was breaking apart. “The smugglers had put us in a broken boat, but the waves were too big and the boat too heavy for us to push,” Meftuha explained. “Most of the men were extremely weak. They had not eaten or slept for days. The waves just took them away.”

She continued: “The corpses of the dead remained in the sea until 7:00 the following morning. Those of us who survived stayed on shore to get the bodies out of the water. Some of us were waiting for more dead bodies to wash up. Some of us went to the local police to tell them what happened.”

Meftuha now is receiving medical treatment and counselling at the IOM Migrant Response Centre in Obock, Djibouti. IOM is caring for at least 75, including the 46 minors: 35 boys and 11 girls.

Meftuha gave thanks to God that she survived. But she remains bitter about all the money she already had paid her smugglers to organize the trip.

“My mother had given me 16,000 Birr (USD 396) to make the journey to Saudi Arabia, to find a job, so I could support myself and my family,” she explained. “I travelled for a month on foot, walking in the desert, together with 250 other people from my homeland.”

She said the troupe suffered without water, without food and were forced to sleep on rocks by the smugglers. “They said the journey would take a week, but it took a month. They did not want to tell us that there was a war going on in Yemen, because they were afraid of losing their income. We would not have travelled if we knew there was war,” Meftuha recalled.

Meftuha testified she knows of 25 migrants she was travelling with who died along the way, due to dehydration or starvation. 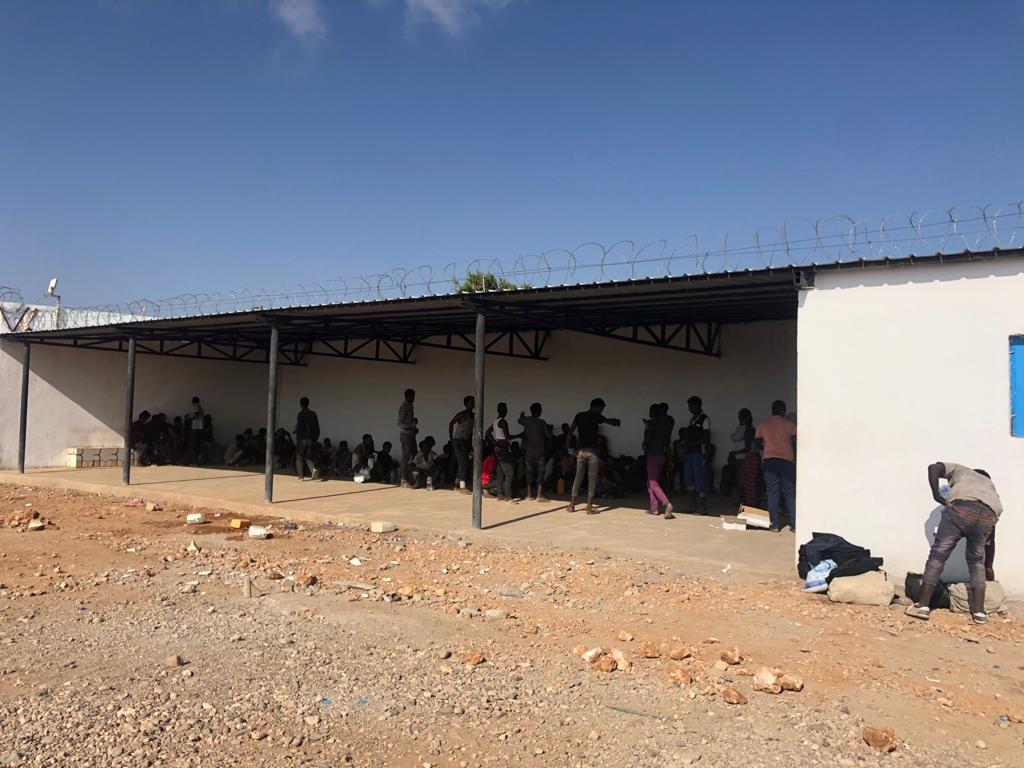 Since January more than 2,500 migrants have attempted to reach Djibouti, according to IOM. The vast majority are targeted and exploited by people smugglers who promise to facilitate the trip for exorbitant fees. Photo: IOM 2021

Sadly, hers is a familiar story on Djibouti’s coast, as the number of such incidents in this area at the tip of the Horn of Africa is increasing. Just in the past five months, two similar incidents have taken place – killing some 50 migrants, who also were trying to reach Yemen.

Since January, at least 2,500 migrants have attempted to reach Djibouti, according to IOM. The vast majority are targeted and exploited by people smugglers who promise to facilitate the trip for exorbitant fees. This had left at least 3,000 migrants stranded as of September 2020.

In Yemen, as many as 14,500 African migrants are trapped in the country’s jails, facing violence, ill treatment and exploitation. On 8 March, at least eight migrants, mainly from Ethiopia, died while more than 170 were injured in a fire at a migrant detention centre in the capital, Sana’a.

Prosecuting smugglers who prey on the vulnerabilities of young men and women like Meftuha and thousands of others, must be a priority for governments in the region.

“Our shoes were completely worn out after many days walking on rocks. We took off our hijabs and wrapped them around our feet to stop them from bleeding. To think back now that our families thought, or were thinking, we were already in Saudi Arabia – when instead we were suffering in the desert...”

In August 2020, IOM launched a USD 84 million appeal for the Regional Migrant Response Plan for the Horn of Africa and Yemen (RMRP) to respond to the needs of migrants like Meftuha and the other survivors.

Despite Meftuha’s traumatic ordeal, many migrants are still attempting to make the journey from Djibouti to Yemen. Even as Meftuha was recounting her story, she received news that one of the other female survivors had already left IOM’s Migrant Response Centre, apparently to make another attempt to reach Yemen by sea.