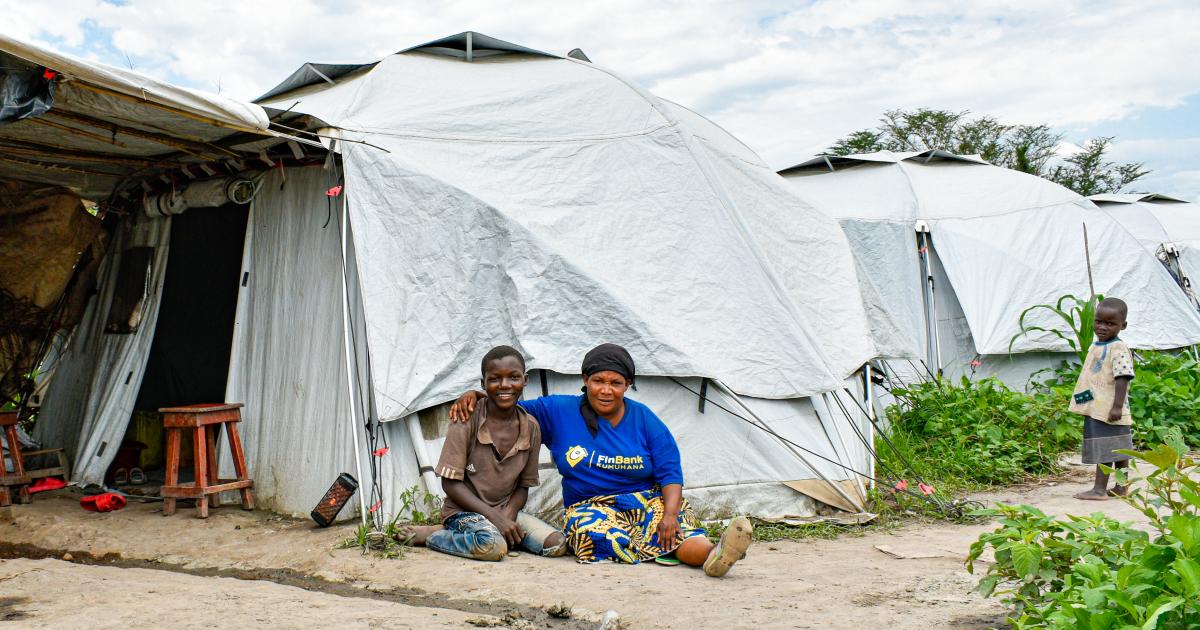 Emmanuel and Divine pose together outside of their tent at the Sobel displacement site. Photo: IOM 2021/Amaury Falt-Brown

Unwavering Hope in the Face of Rising Waters: Emmanuel's Story

Bujumbura, 6 Dec 2021 – “During the last floods [in May 2021] my shop and my home were destroyed by the water... I had to flee carrying Emmanuel on my back,” Divine recalls, as a look of deep anguish flashes across her face. “At that moment, I was miserable.”

It was not the single mother’s first time being displaced by the rising waters of Lake Tanganyika, but this time the disruption took a heavy toll.

Nonetheless, Divine summed up the courage to lead her five children to dry land, while ferrying the sixth, 17-year-old Emmanuel, on her back. Emmanuel was born with a disability and has been under the care of  Divine since he was six years old.

Though they refer to each other as mother and son, the pair were brought together by chance.

Divine’s sister – Emmanuel’s first adoptive mother – abandoned him in the streets when she could no longer bear the emotional weight of caring for a disabled child, who had himself been separated from his birth mother in unknown circumstances.

Having grown up as an orphan, Divine says she “could not leave a child to be orphaned” and took Emmanuel in. Since then, their bond has grown stronger despite the trials they have faced. 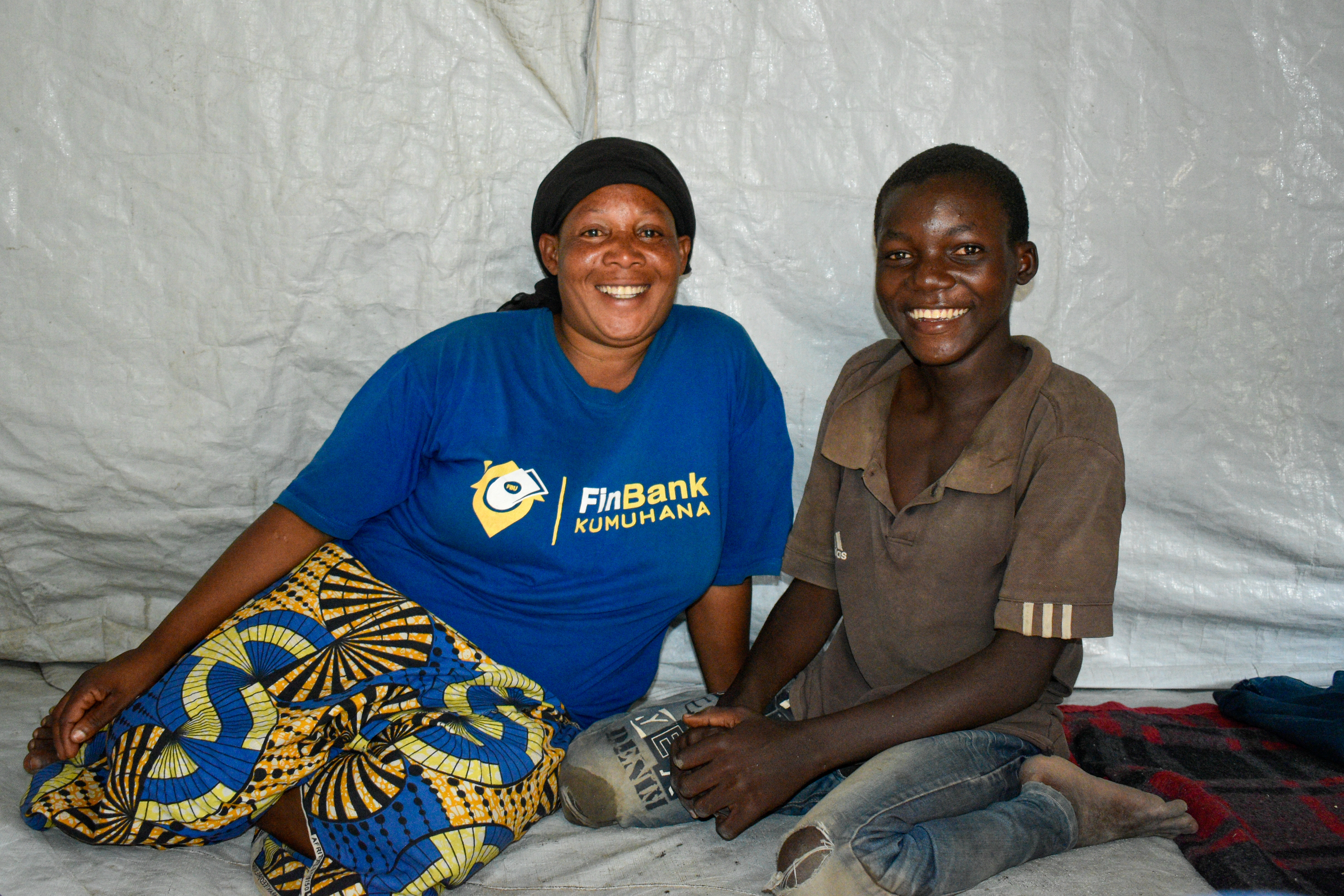 Emmanuel and Divine share a joke inside their tent in the Sobel displacement site. Photo: IOM 2021/Amaury Falt-Brown

With nowhere to go after this year’s floods, Divine, like thousands of others, moved her family into the Sobel site for internally displaced persons (IDPs) that is co-managed by the International Organization for Migration (IOM) and Burundi’s Ministry of Solidarity.

Nevertheless, life in Sobel, which is situated on the outskirts of the capital, Bujumbura, has not been without its difficulties. Emmanuel experiences challenges with his speech and movement; a life in poverty means that the adolescent has never been diagnosed or treated by a doctor. Instead, he is determined to be dependent and crawls resolutely to wherever he has to go.

However, Divine has to assist him in certain areas including going to the toilet, an act she is shunned for. “I am stigmatized by my neighbours for carrying Emmanuel to the toilets because they say I am dirty [for helping him],” says Divine.

Emmanuel's situation represents the plight persons with disabilities encounter in the face of displacement. In conflict and emergency contexts around the world, they are amongst the most marginalized groups. Their unique protection concerns make them more vulnerable to abuse and during disasters their mortality rate is higher than the average affected population.

“In Burundian culture, persons with disabilities can be brushed aside by society and stigmatized as cursed. Entire families can be shunned for raising a disabled child as a result,” says IOM Burundi psychologist Beatrice Nimbona.

In practice, that stigma means that few people visit Divine’s tent. “It hurts me inside when they do that, but I have never regretted helping Emmanuel,” she says adamantly.

However, in recent months the pressure of losing her livelihood and of being shunned by neighbours led to a drastic decline in Divine’s mental health and she began to develop suicidal thoughts. “I was at a point of deep suffering, so I sought out psychological support from IOM,” she says. 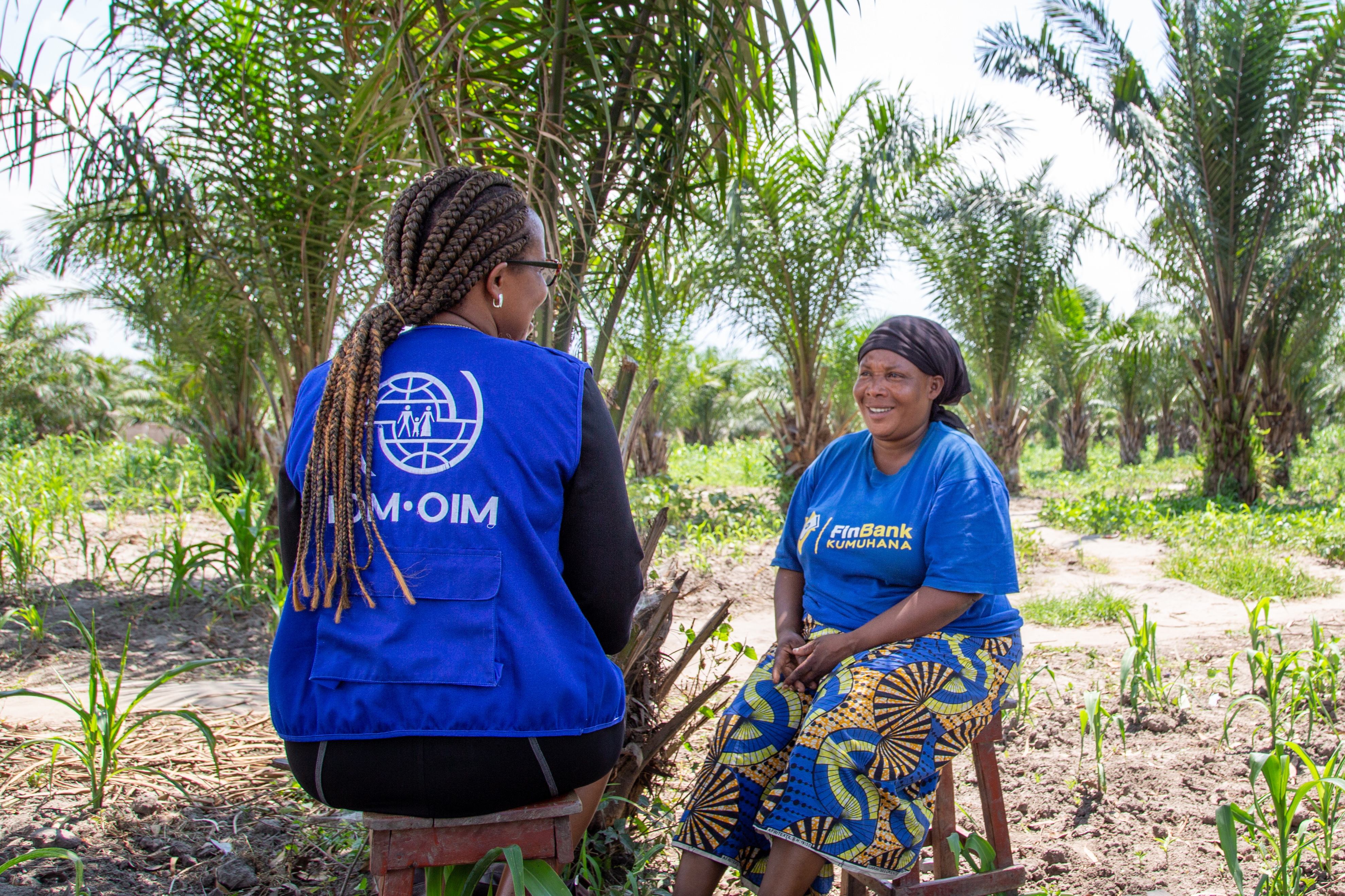 Beatrice and Divine chat in a field outside of Sobel. Photo:  IOM 2021/Amaury Falt-Brown

The levels of distress within the displacement sites run deep, and many residents carry with them the scars of lost livelihoods and, worse off, loved ones who have died.

As one of several IOM psychologists working in the sites, Beatrice works to identify vulnerable cases before deciding if they can be offered individual support, placed into group therapy, or referred for specialized assistance.

Among the different types of group therapy offered, one group, of which Divine is a member, is reserved for the parents of children with chronic illnesses, including disabilities. There, parents are taught to share their experience, process their emotions and learn how to handle them.

“We see a big change in the way parents support their children after the group work,” says Beatrice.

Divine says that the psychosocial support she has been receiving has helped her to greatly reduce the “negative thoughts” she was experiencing and to dismiss the stigma placed onto her by others. 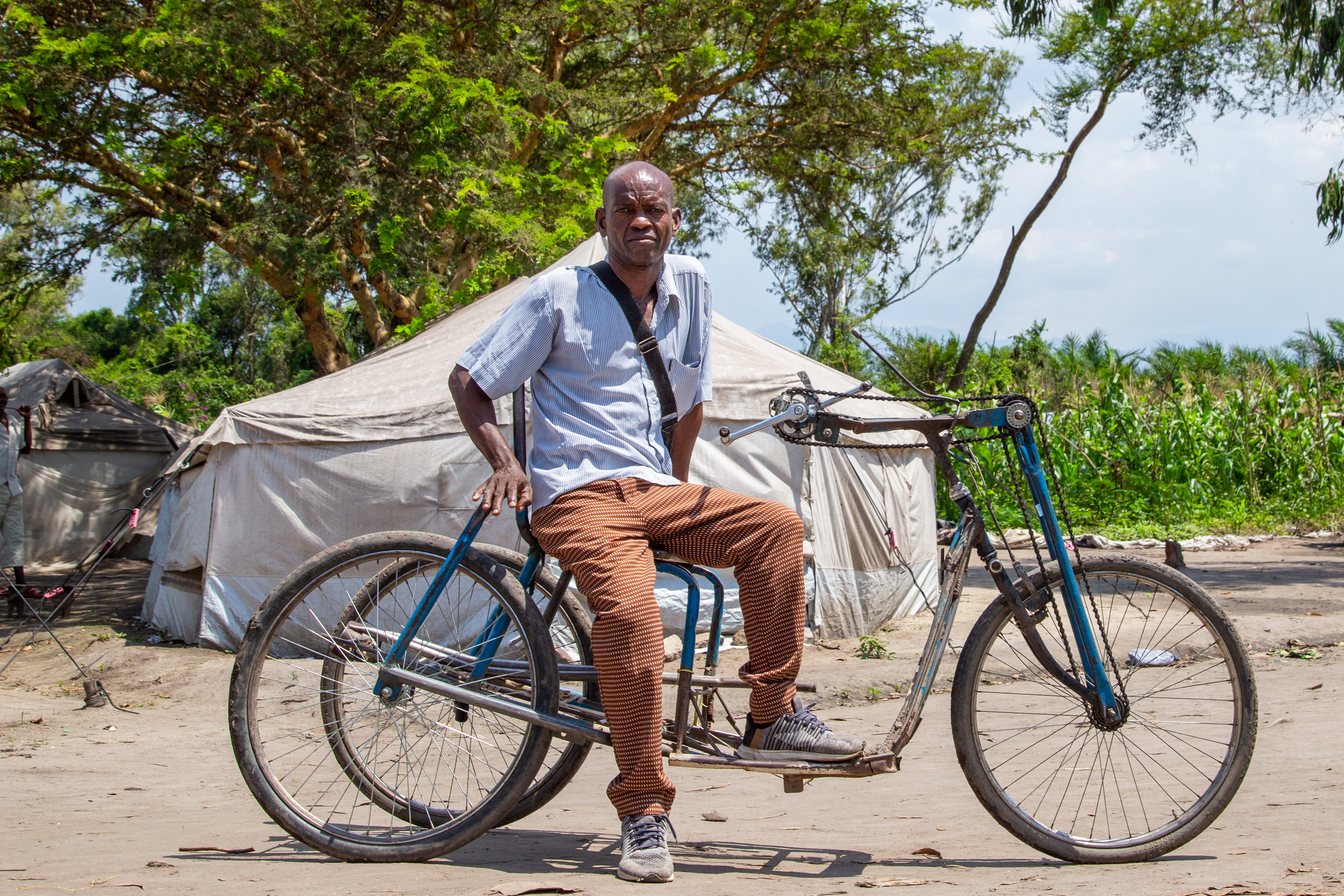 A man living with a disability is mobile in Sobel after adapting a bicycle. Photo: IOM/Amaury Falt-Brown

Inclusion of persons with disabilities in humanitarian service delivery

As a result, IOM programmes are designed to tackle stigma and discrimination against persons with disabilities, ensure that they are not forgotten in humanitarian responses and enable their meaningful participation in IOM projects, while ensuring accountability mechanisms are accessible and responsive to their needs.

Alain Igiraneza, Sobel’s administrator, says that there are roughly 80 people living with some form of disability in Sobel and he expresses hope that the humanitarian community will be able to meet all of their specialized needs. 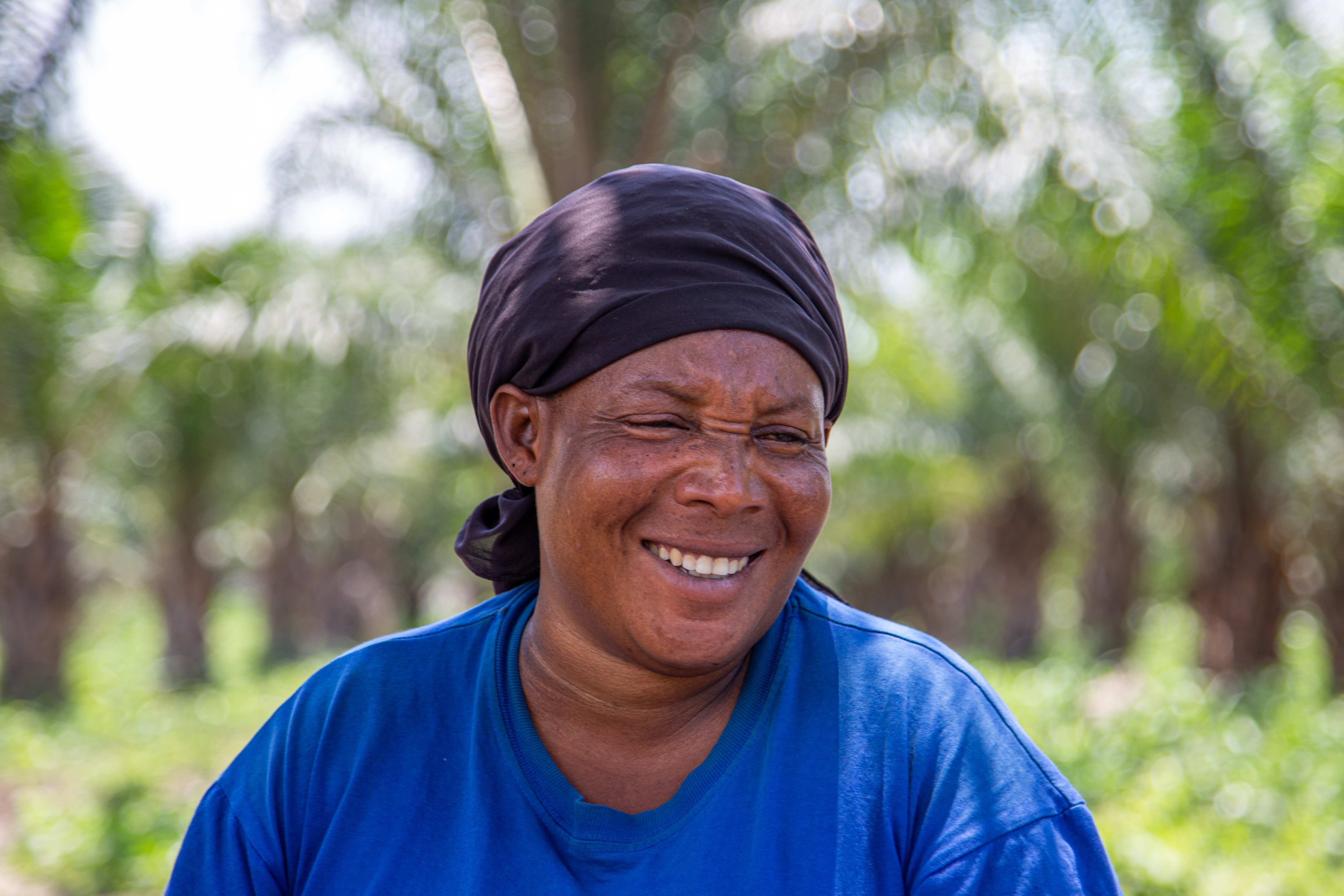 Divine laughs with Beatrice, expressing the bond that has formed between the two through psychosocial support. Photo: IOM 2021/Amaury Falt-Brown

“We must not forget them [persons with disabilities]. Beyond their immediate needs, we need to think of durable solutions as well,” Alain says.

Meanwhile, back in the family tent, with a glowing smile Emmanuel sits back on his legs and says that he dreams of selling peanuts and pastries to be able to earn a living and build a future.

“I would like to buy a piece of land after that, and to build a house, and then get married,” he stammers, while his mother smiles proudly in the background. 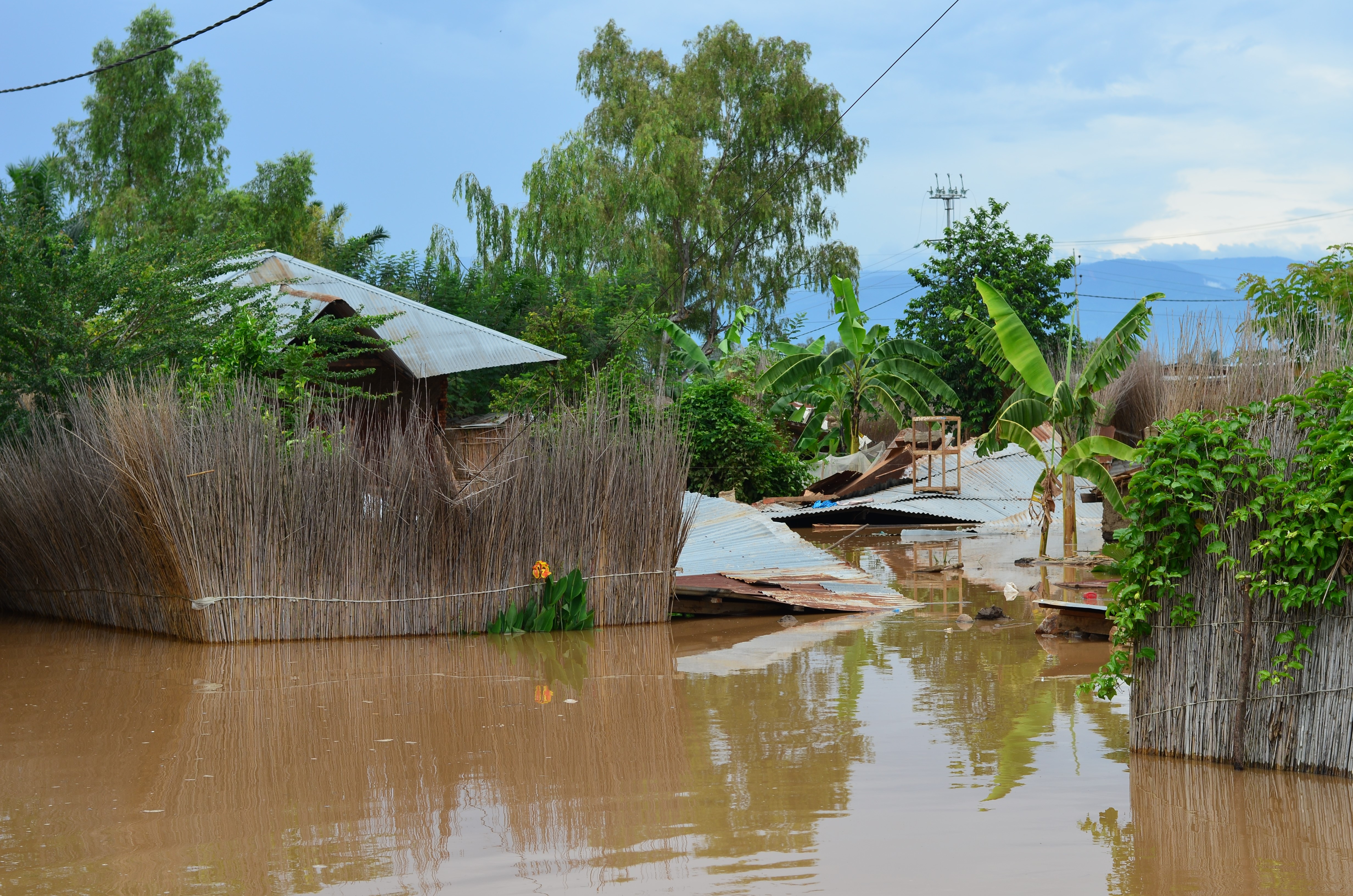 The flood waters that washed away Divine's home and business earlier in 2021. Photo: IOM 2021/Lauriane Wolfe

Working to bridge the needs gap in the various displacement sites, IOM’s Mental Health and Psychosocial Support (MHPSS) unit and Migrant Protection and Assistance (MPA) unit are coordinating their efforts to support disabled persons and their families in a comprehensive way.

As part of that assistance, the MPA unit is carrying out a needs assessment in Sobel to determine how best to support the most vulnerable persons with disabilities, including Emmanuel, who will likely receive a wheelchair, specialized toilets, new housing and funding to sponsor his dream and, potentially, medical assistance.

With the unwavering love of his mother, Emmanuel is excited at the prospect of turning his dream into reality.