Viet Nam: Migrant Worker Returnees Try to Get Back on Their Feet Despite Shattered Dreams 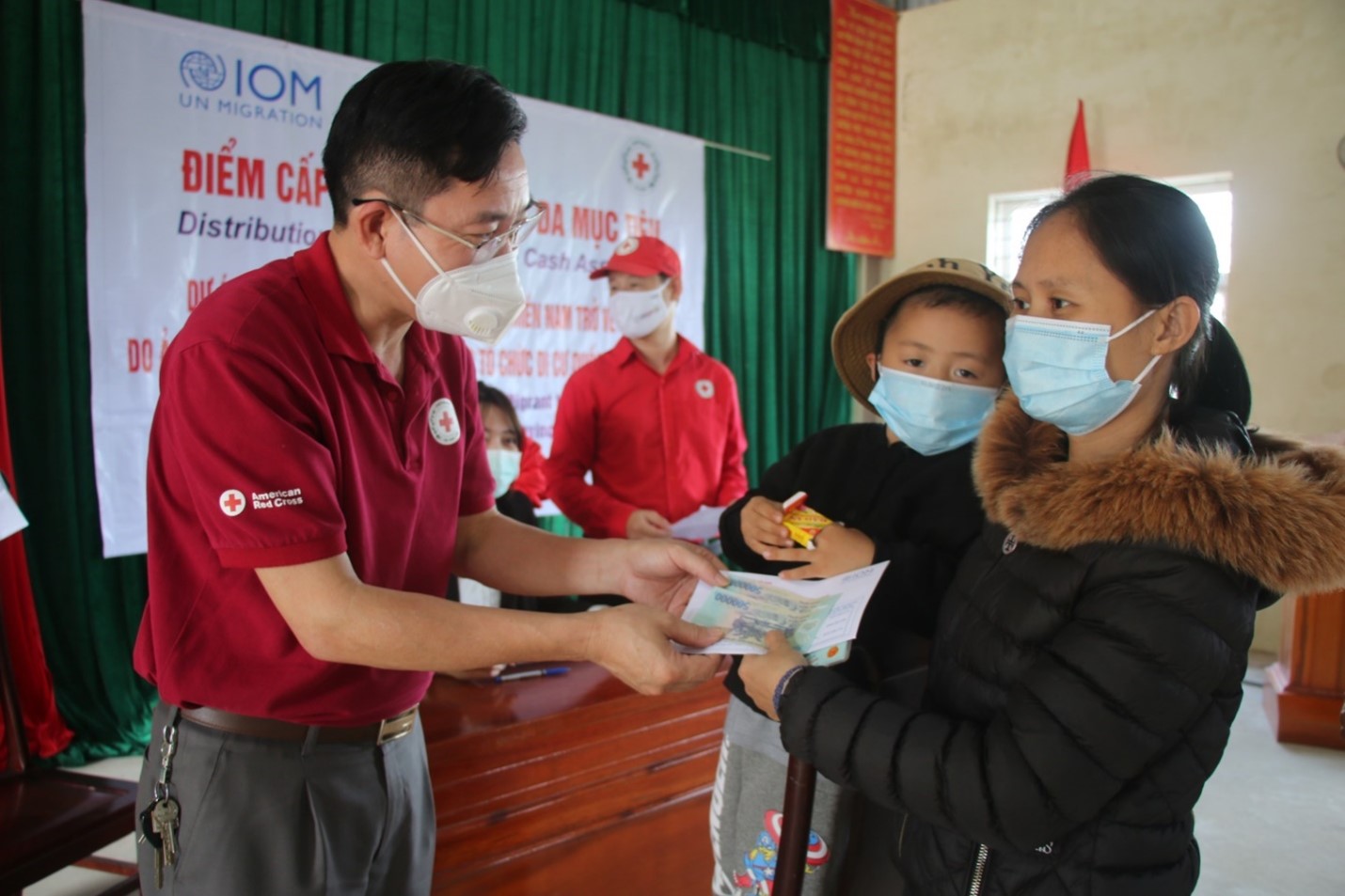 Ha Tinh province, 3 May 2022 – Following the trauma of COVID-19 lockdowns, Le Thi Toan and her husband Duong Dinh Viet are relieved to be back home in Ha Tinh province, Viet Nam, trying to recover from their shattered dreams of making a living in a big city.

“Those were unforgettable days. It happened shortly after we happily welcomed our newborn baby. My husband and I were so worried about the lockdown measures that we couldn’t even sleep,” recalls Toan, the 23-year-old former industrial worker.

The couple used to work in a shoe company in Binh Duong province in the southeastern part of the country. Last year, when the severe fourth wave of the COVID-19 pandemic swept through Viet Nam’s southern provinces, they were among thousands of internal migrant workers stranded with no salary and depleted savings. After barely surviving the month-long lockdown, Toan and her husband made a difficult decision to return to their hometown.

“The way back home was really difficult as our baby was too little to travel that far on a motorbike. While my husband was driving, I was in the back holding our baby. We stopped to check on the baby several times, to see if he was still breathing,” she adds.

For Toan and other internal migrant workers, returning home meant lower expenses and more support from family and friends. However, the returnees now face an even bigger question: How are they going to earn a living?

Located in north central Viet Nam, Ha Tinh province has one of the largest numbers of internal migrant workers in the country, with an estimated 113,000 people from the province working in cities and industrial hubs across the country.

Since September 2021, Ha Tinh received about 26,460 internal migrant worker returnees including independent contractors, factory workers and informal workers according to Red Cross in Viet Nam. The majority had little or no access to health care, experienced loss or decrease in income and were unable to afford decent accommodation and necessities in the migrated cities.

However, the multi-purpose cash assistance programme delivered by the International Organization for Migration (IOM) and Viet Nam Red Cross Society provided returnees in Ha Tinh province with new hope. Toan said she would use her cash assistance to buy milk powder for her baby and essential items while searching for a new job.

In a similar plight, three months after losing his job, with no money to pay rent and living off food aid, 28-year-old Nguyen Van Dat decided to embark on a four-day journey on a motorbike back to his hometown in Ha Tinh province after COVID restrictions had been lifted.

“I almost fainted on the way home because of harsh weather in central Viet Nam. The storm tattered my raincoat and I was soaked wet. But the desire to return home motivated me to keep moving,” he recalls.

Dat used to be the family breadwinner, working for a wood processing company in Dong Nai province prior to the COVID-19 outbreak in the southern provinces. He was laid off from work and had to use his savings to cover the rising costs of living. He decided to return to his hometown where his family subsisted on agriculture and could at least provide him with basic daily food. 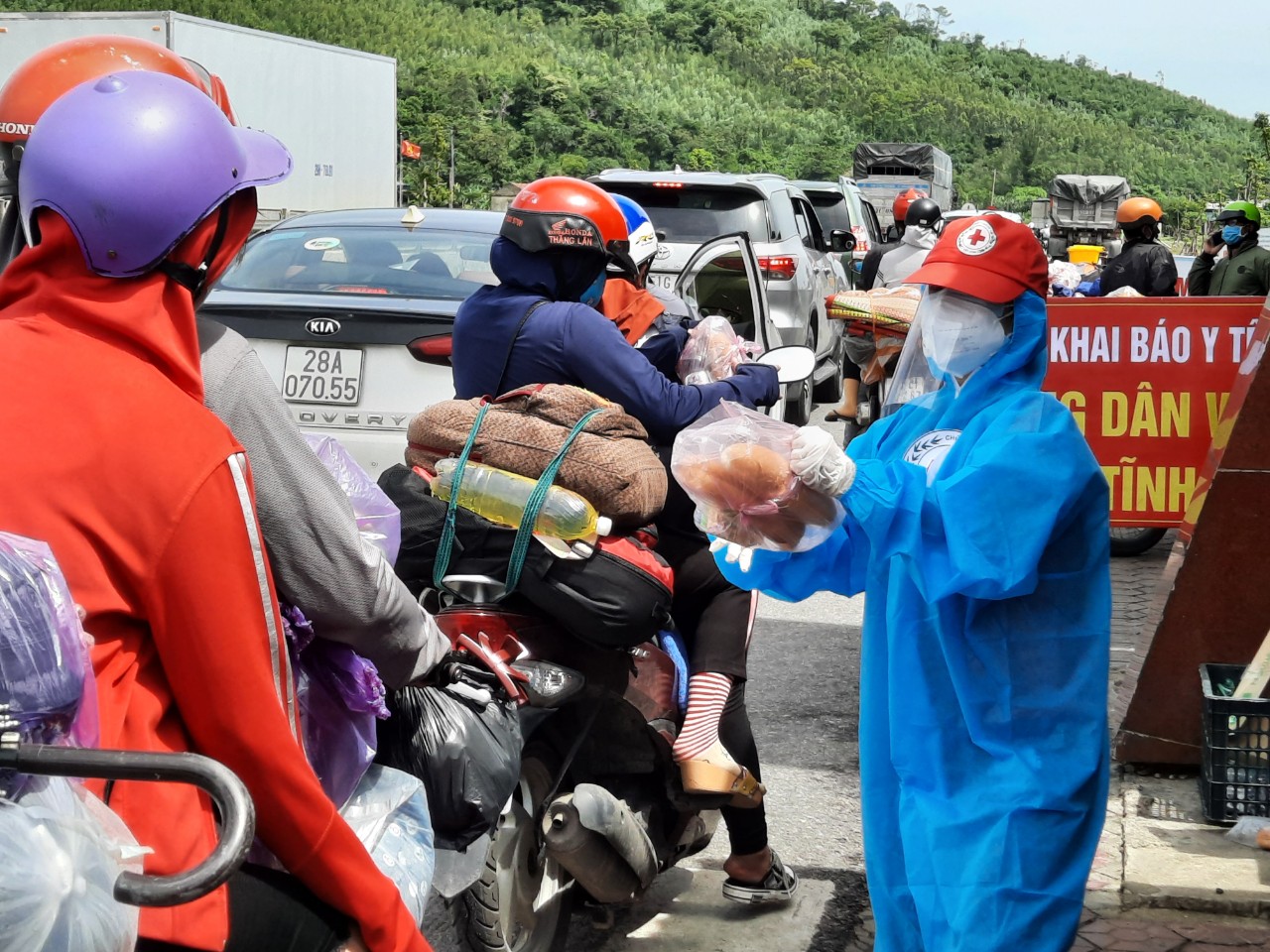 Still traumatized by his experience during the lockdown in the city, Dat wants to find a job in his hometown so he can take care of his aging mother and support her with farm labour. Even though jobs in big cities usually offer a higher salary, the cost of living there is still too high for him to afford bare necessities and also save. With cash assistance from IOM, he would support his mother to buy medicine and food for the family.

Le Thi Yen, a 34-year-old single mother who returned from Binh Duong in August 2021, is among several internal migrant worker returnees planning to head back to cities to search for jobs when businesses and production activities resume.

After escaping an abusive marriage, Yen had taken her son with her to find a job in the big city. Then the pandemic hit, and she found herself on a repatriation flight back home. Despite the challenges, she has not given up, as she is planning to return to the city to rebuild her life. This time, she will have to leave her son with her parents while she searches for a new job.

“I will return to the South when things are back to normal. There are more job opportunities there so I can earn more money to take care of my son and send him to school,” says Yen.

She is relieved to be reunited with her parents back home in Ha Tinh province, leaving behind days of being confined in a small room taking care of her sick son during strict lockdowns. After having exhausted all her savings on her son’s medical bills, Yen had to live off food aid provided by charity groups and resorted to asking for help online to acquire milk for her son.

Carrying her son while receiving cash assistance from IOM and Red Cross Viet Nam, and with a glimpse of hope in her eyes, Yen says the first thing she would buy is fresh milk for her son. "I will then give the rest of the money to my parents to cover their daily expenses.”

Strict lockdown and movement restrictions during the fourth wave of COVID-19 in the country’s largest city, Ho Chi Minh City, and the surrounding southern provinces have impacted the livelihoods of millions of internal migrant workers in both factories and the informal sector.

Between July and September 2021, about 1.3 million internal migrant workers returned to their hometown as a result of the pandemic.

IOM Viet Nam, under the 18-month regional multi-stakeholder project funded by the Government of Sweden and in partnership with Viet Nam Red Cross Society has provided emergency assistance to 744 internal migrant worker returnees affected by the COVID-19 pandemic in Ha Tinh province. IOM continues to work on solutions to the key issues facing migrant workers in the COVID-19 response and recovery with collaboration from governments, private sector and civil society.