For the past three years, 23-year-old Ahmed* has been living in Millennium Park, a camp set up in 2018 on the outskirts of Dire Dawa in eastern Ethiopia to accommodate thousands of people displaced due to inter-ethnic conflict between the Oromo and Somali communities.

Due to the disruptive experiences he went through, Ahmed has lived a quiet life here, close to his mother and siblings, and not mingling with outsiders. 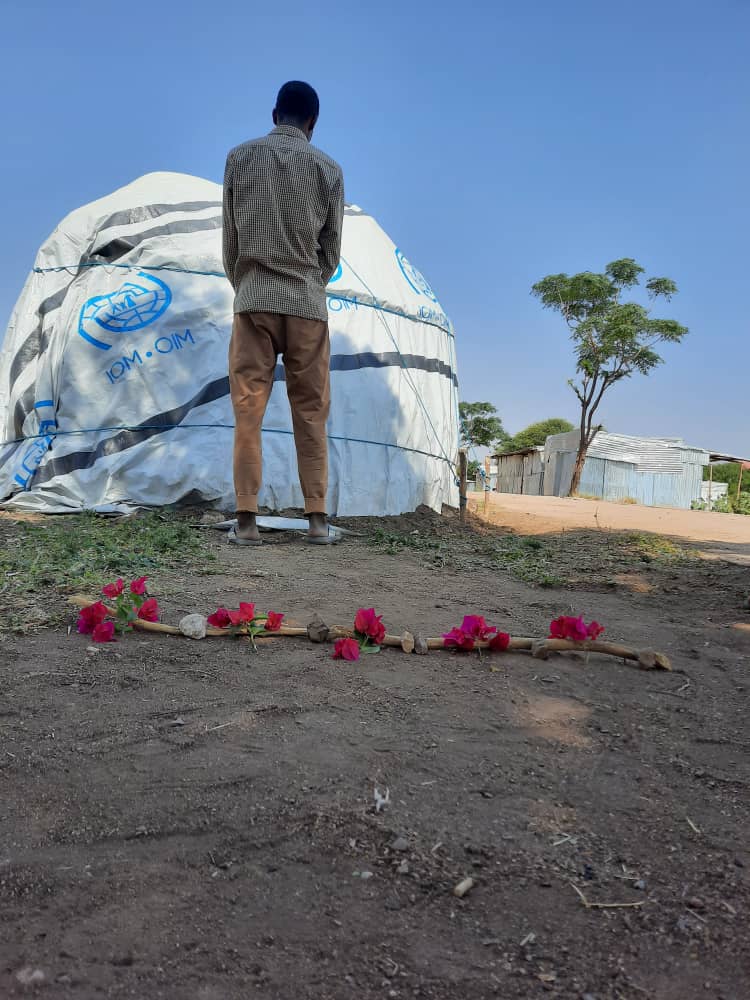 Some people in the community have interpreted his withdrawn nature as unusual and treated him differently. Little do they realize that he has endured painful episodes which took a heavy toll on his well-being, with unsympathetic attitudes further alienating him.

A National Displacement Report produced by IOM Ethiopia’s Displacement Tracking Matrix (DTM) team in September 2020 revealed that there are more than 1.8 million internally displaced persons (IDPs) in Ethiopia. The four main causes for displacement are conflict, drought, seasonal floods and flash floods, responsible respectively for displacing over 1.2 million, 350,000, 104,000 and 50,000 people across the country.

Before conflict erupted between Oromos and Somalis almost four years ago over territory, including grazing lands, Ahmed was a high school student who enjoyed playing football and reading fiction. When armed groups reached his town, Ahmed witnessed with shock the gruesome violence that shook his own family and community. He saw many people killed, including a woman who was beheaded before his eyes.

Following the violent displacement, Ahmed says he felt “it was useless to live in a world where human beings are extremely cruel to each other for no apparent reason.” The event irreversibly changed his world, his life, and the lives of all those around him.

He faced a number of mental health issues: severe sleeping problems due to repetitive nightmares, and a creeping fear that the violent episodes would recur, all of which drove him into isolation. Worsening his situation has been the feeling that no one understood or could support him in overcoming his depression and anxiety.

The path to recovery

In August 2020, his journey to recovery finally began when the site community leader introduced him to an IOM mental health and psychosocial support (MHPSS) counsellor. 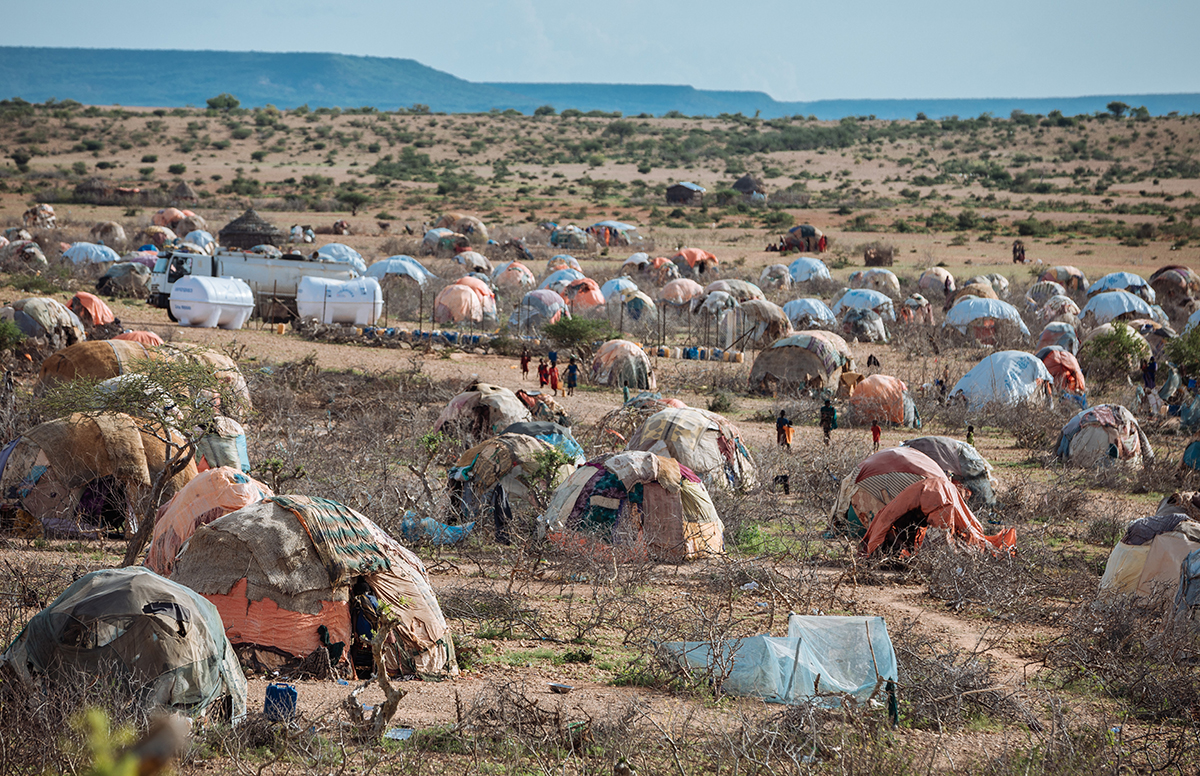 Since March 2019, IOM has been providing MHPSS services in the camp through a trained Psychosocial Mobile Team. The MHPSS intervention in the area includes providing training to government and local actors, psychological first aid, prevention of and awareness-raising on gender-based violence, individual counselling for those who are psychologically distressed, and referral to available mental health centres and follow-up for the most severe cases.

Febene Tadesse, the counsellor working in the Millennium Park site, helped Ahmed find ways to manage his insomnia and fear, as well as process what appeared to be a sense of guilt for surviving while others perished.

As part of a holistic counselling path, over several sessions and months, the counsellor proposed an exercise known as “line of life”, in which the person recalls in chronological order the enjoyable experiences of their life, and learns to overcome the more difficult episodes while envisioning a future productive role in the community.

The counsellor identified Ahmed’s mental strengths and used them to help him overcome the negative feelings overwhelming him. He was also gradually assisted to restore his social relationships and networks. After three months of counselling, Ahmed’s symptoms decreased significantly with fewer nightmares, better sleep, and improved communication skills.

Ahmed also joined IOM’s team of community volunteers and has helped create COVID-19-themed football games for children. He explained that a few weeks after joining the team, his attitude towards life started to change. His interactions with others got better and he found a sense of purpose again.

Following the therapy, Ahmed now also volunteers with the IOM MHPSS team in creating door-to-door awareness sessions in the camp to enlighten his community on mental illness and the importance of seeking help early. 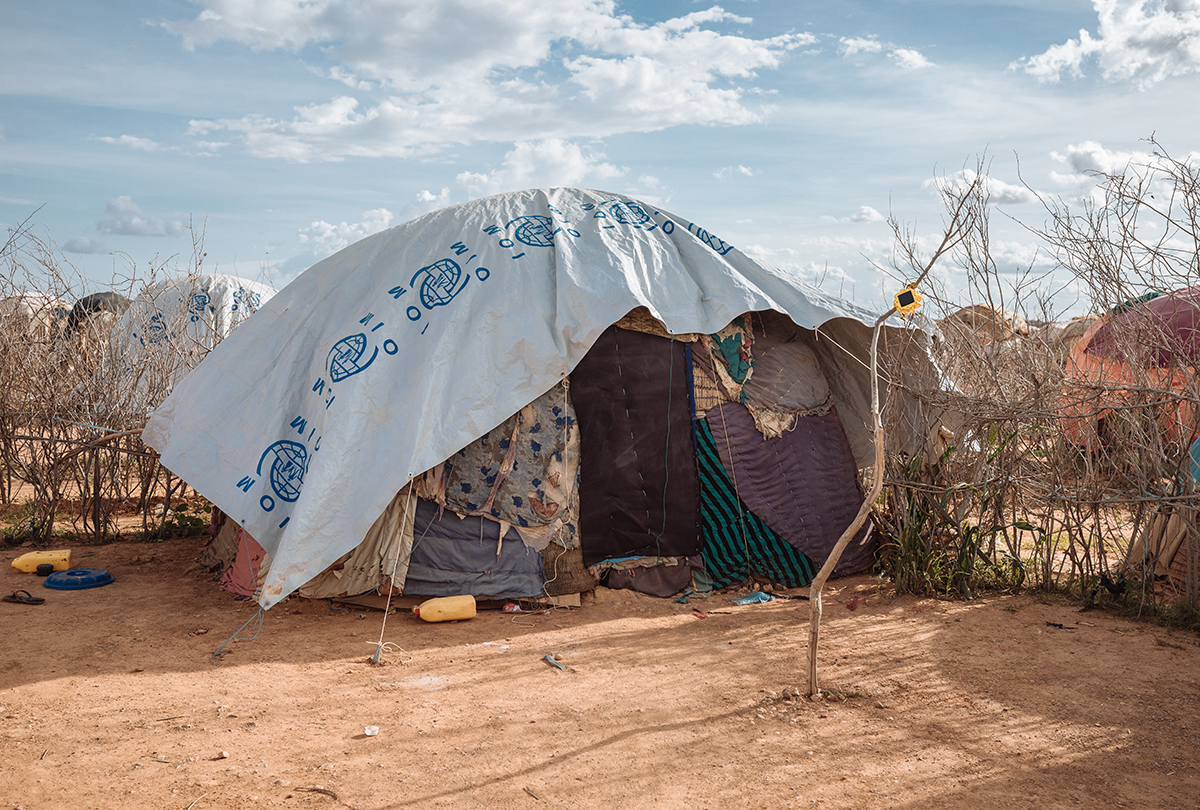 “Being part of the team that is assisting the community has helped me to communicate again with others. Instead of projecting my fears, I have now regained what seemed like lost hope and want to continue with my education. I am saving money for this,” he explained.

IOM continues to assist IDPs and conflict-affected communities in dire need of humanitarian and recovery assistance, and Ahmed’s case underlines the importance of addressing the mental health needs of migrants and displaced people who got through traumatic episodes. It also shows that severe mental health symptoms can become pervasive and spiral out of control if not tended to.

Mental health disorders have a significant impact on persons, families and entire communities. Yet, they remain under-researched among people on the move, including in Ethiopia, Africa’s second most populous country with significant numbers of migrants, returnees and IDPs.

Stigma about mental health issues also remains a critical problem that can be fought in many ways, including by listening to crisis-affected people, and empowering them to take a leading part in community recovery processes, while working to prevent discrimination from being a barrier to accessing livelihood opportunities.

IOM’s MHPSS work in Millennium Park is made possible through funding from the Ethiopia Humanitarian Fund.

*Name has been changed to protect the identity of the beneficiary.