Beyond the Call of Duty: Assisting Victims of Trafficking in Burundi

In Burundi, like many countries, adults and children are coerced into forced labour, domestic servitude, prostitution, and other forms of sexual exploitation throughout the region and globally. Photo: IOM 2022

Burundi, 25 July 2022 – It is in the dead of the night when Amina’s* phone rings. Although half asleep, she wakes up to receive the call.

For her, this is the norm. She is a case worker with years of experience working towards the protection of victims of human trafficking at the International Organization for Migration (IOM) in Burundi.

"Is this IOM? I need your help! I am in Kuwait. Help me to return home."

She understands the situation and immediately introduces herself to the young woman on the other end, establishes a rapport with her to put her at ease, and gives her time to provide her with more details.

“Please calm down. You are safe with me. You can tell me your story. It will be between us,” she tells the young woman. “We will do our best to rescue you and help you return safely home."

The victim is Celeste*, a young Burundian woman. She is among the thousands of victims lured and trafficked globally into forced labour.

She had gone to Kuwait to look for a job after prodding from her friend. The hope of lifting her four children out of poverty with the savings she could put aside to start her own business were too strong to resist.

Amina contacted the Burundi embassy and together they supported Celeste to get her travel documents and return to Burundi.

Working with victims and survivors of human trafficking has always been fulfilling to Amina, especially once victims have been assisted to return home. This, however, calls for a collaborative effort with several actors.

"We work a lot with local focal points and associations on the ground who refer to us people who have been potentially trafficked. In different provinces of Burundi, we have mapped out the protection actors who may notice people who came back from neighbouring countries or the Gulf States. The more communities are informed about trafficking, the more they can refer them for assistance." 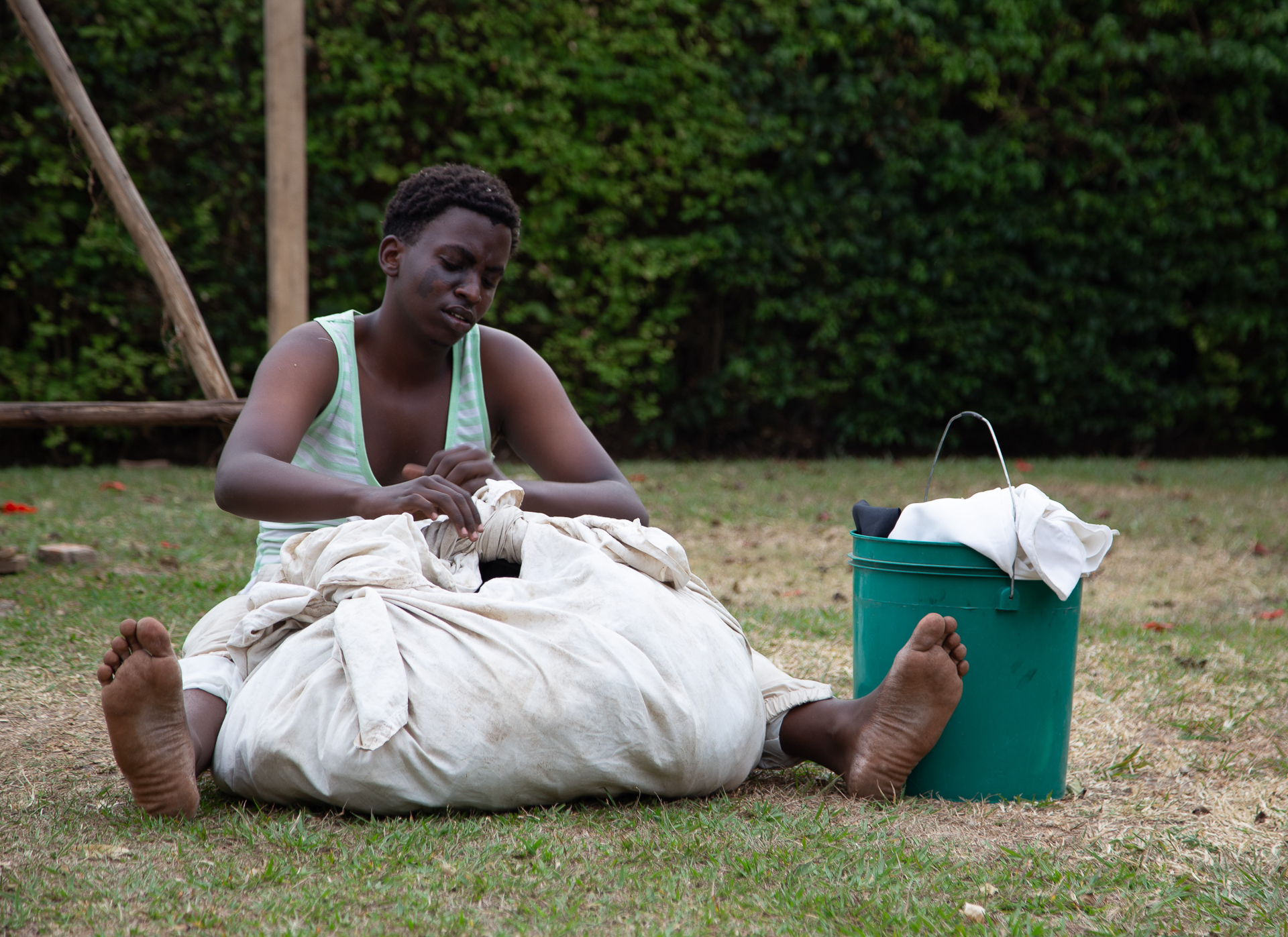 Drama performances have been used to raise awareness about trafficking in persons in the country. Photo: IOM 2022

Upon the successful return of the survivors, Amina and her colleagues ensure that the victims receive both immediate and long-term support even after they are reunited with their families.

"Some victims have very deep psychological disorders, or sometimes huge scars. I am often shocked by the stories I hear. I need to offer them attention and listen to their stories and challenges. I have to help and show them that it is possible that they start their lives afresh."

Burundi, like many other countries, is not exempted from the grips of traffickers who prey on the vulnerability of victims, both within the country and abroad. Both adults and children are coerced into forced labour, domestic servitude, prostitution, and other forms of sexual exploitation throughout the region and globally.

According to the United States (US) Trafficking In Persons Report, Burundian girls are trafficked internationally for commercial sexual exploitation in Kenya, Rwanda, Uganda, the Democratic Republic of the Congo, and countries in the Middle East.

In Burundi, forced labour forms the majority of the cases in domestic work and childcare, agriculture, hospitality, construction, begging, and peddling. An estimated 66 per cent of the victims are women and girls, often for forced domestic labour, sexual exploitation and forced marriage in neighbouring countries or the Gulf states. Burundian refugees, internally displaced persons (IDPs), and those residing in border provinces are most at risk of human trafficking.

IOM data sources show that over 1,000 victims of human trafficking have been identified and assisted in Burundi since 2017. The Government of Burundi has significantly increased investigations and prosecutions of suspected trafficking offenses, convicted traffickers, and referred victims for assistance. The country has also institutionalized anti-trafficking training for law enforcement, prosecutors, and judicial officials.

IOM is assisting the Government in coordinating the efforts of ministries and law enforcement agencies to strengthen anti-trafficking legislation, policies, and regulations, based on the 3Ps: Prevent, Protect and Prosecute. In addition, the Organization is supporting the Government to improve the capacity of the law enforcement and justice agencies and raise awareness on effective prevention and suppression of trafficking in persons, on the human rights of populations and on relevant standard operating procedures.

Protection is an essential step in the process, and IOM Burundi has made it a priority to increase the number of identifications to support the victims and survivors of human trafficking and exploitation.

IOM works with local partners to strengthen partnership and coordination efforts in combating human trafficking. Despite these gains, much remains to be done to further enhance prevention, protection, and prosecution in the country.

For Amina and other case management officers responding to the victims of human trafficking, the calls that come in are of vital importance.

Names have been changed to protect the identity of the individuals.

This story was written by Laëtitia Romain, Media and Communications Officer, IOM Burundi.