A Dream for a Bright Future Sinks in the Mediterranean Sea

Twenty-eight-year-old Roam Khot sits in his small corner shop, in South Sudan’s capital, Juba. Shoppers trickle in, one by one.

He gladly asks us to enter the shop and take a seat.

Roam has gone through a rough time in his struggles for a better life and future. In 2017, he left South Sudan for Egypt with the hope of starting a new life there after losing both his parents.

“I decided to leave South Sudan because I wanted a better life, better education, and I knew I would not get this here, as the country was still reeling from years of civil war,” he says.

Roam, together with his friend Abraham Puok, packed a bag of clothes each, took their modest savings and embarked on a journey to Egypt, leaving behind everything they knew.

In Egypt, Roam and Abraham enrolled in a university. But this adventure was short-lived, as they quickly ran out of money to cover tuition fees and living expenses. The two friends were forced to drop out and soon became homeless. 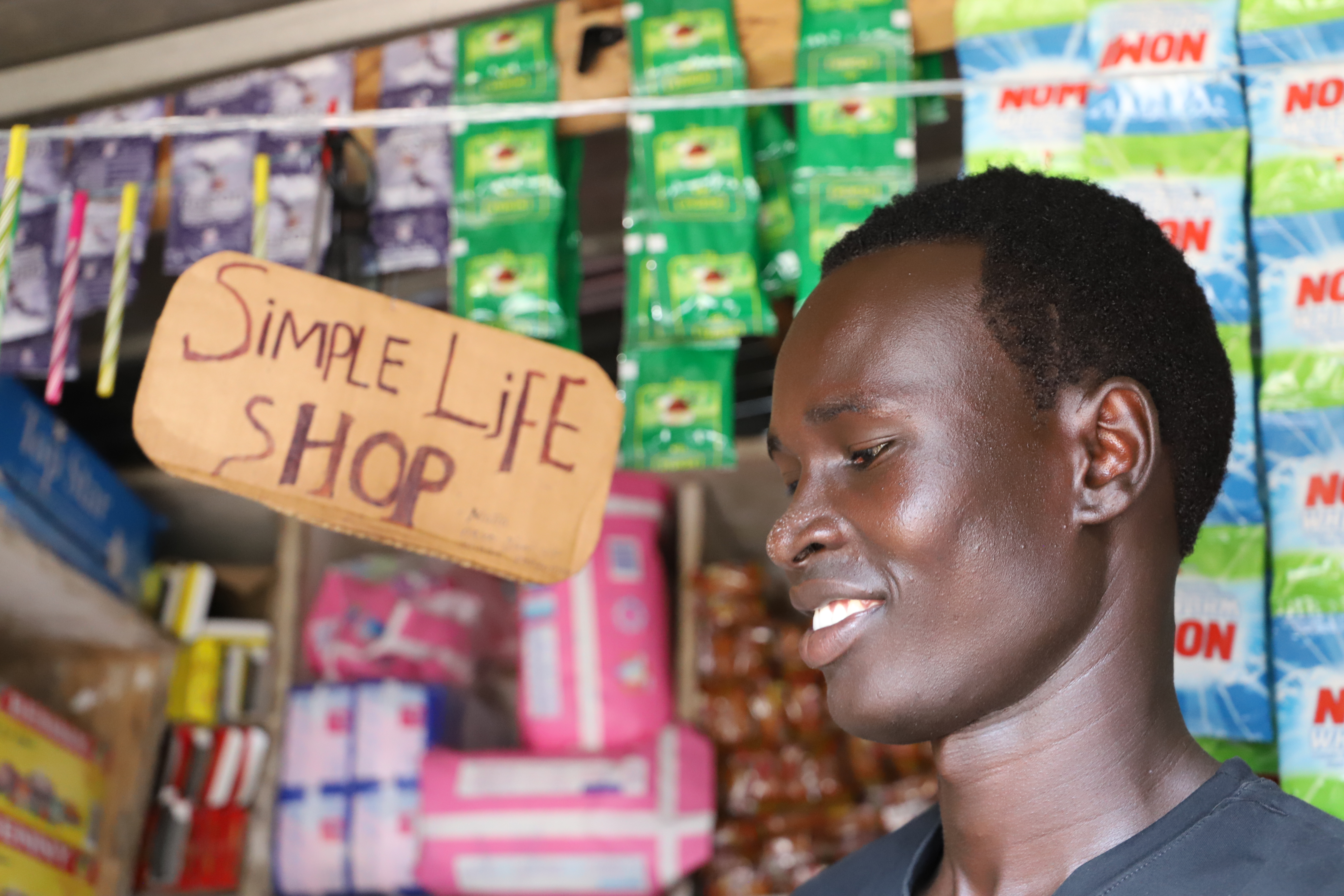 “Our world came crumbling down. For weeks on end, we slept in the cold with nothing to eat,” says Roam.

He adds that it was with the sheer belief that life would get better that he and his friend found the strength to survive.

Eventually, the pair started doing jobs like cleaning houses and working as loaders at construction sites to earn money. It was during this time that they heard that beyond Egypt lay Europe – the place to go, the land of immense opportunities.

The desire to leave for Europe kept growing in them, and soon after they took the plunge and decided to join the thousands of migrants who try crossing the Mediterranean, despite the many horror stories about the journey.

“Egypt was not the place for us anymore,” says Roam.

“Hope for a better tomorrow lay across the sea.”

The two set off on foot to Libya, which is notorious for traffickers and smugglers who are ever willing to ship migrants and refugees across the dangerous waters to Europe.

“It was a journey of perseverance and certainly not for the faint-hearted,” recalls Roam. “But desperation will push you to the limits.” 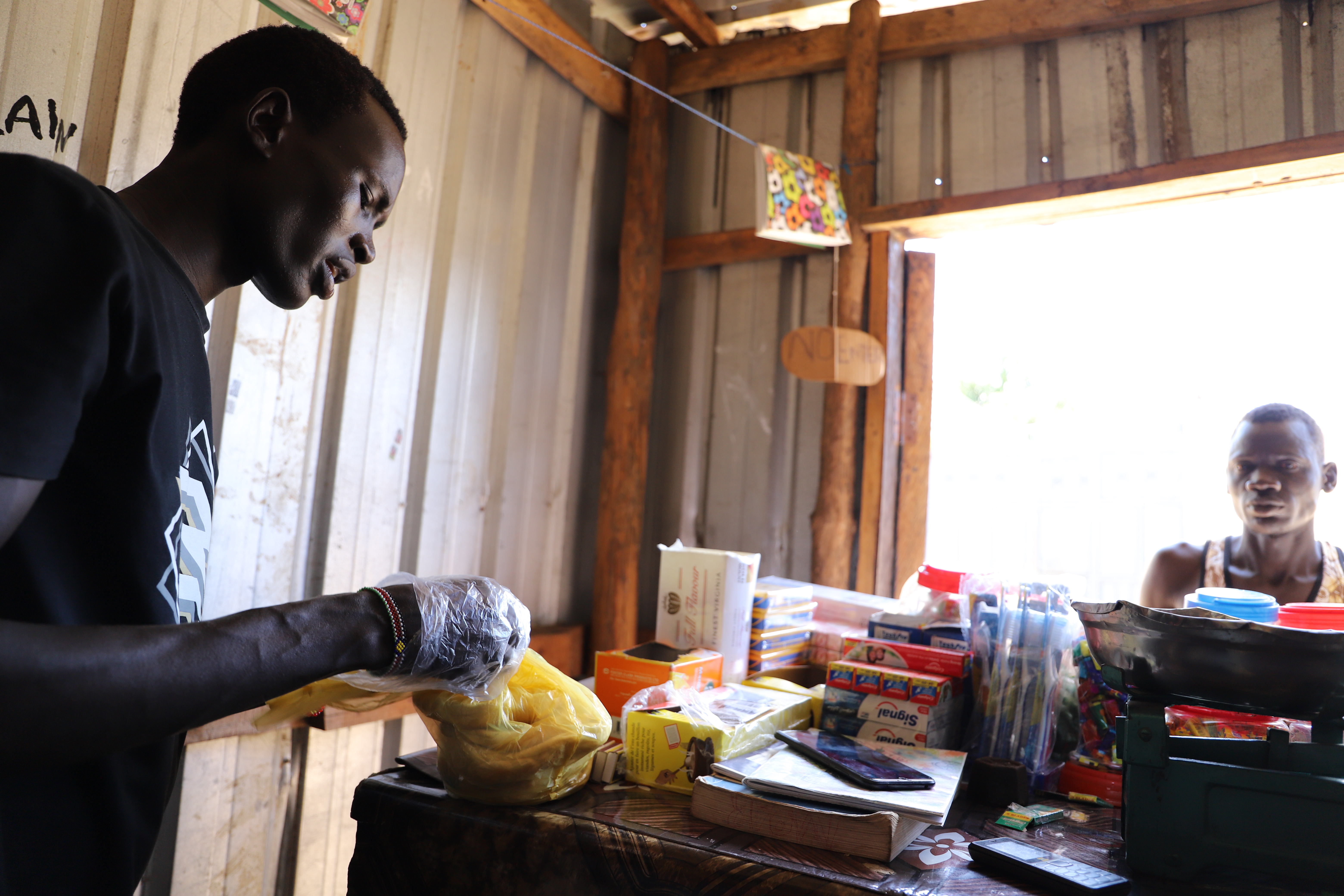 A week later they reached Tobruk, a port city in Libya, on the border with Egypt. It would take another three months to get to the Libyan capital, in the west. When they eventually arrived in Tripoli, the pair felt like they were a step closer to their dream of stepping onto European shores.

They scrambled to collect enough cash and pay smugglers, their perceived gateway to a brighter future.

Roam, Abraham and some 200 migrants boarded a vessel and set off on the long, dangerous route towards European shores.

However, the two migrants’ dreams of starting a new life in Europe would soon plunge into the abyss of the sea. The engine of the overcrowded boat stopped working. Surrounded by water, the prospect of reaching their destination dwindled.

After what seemed like a lifetime, Roam, Abraham and the other migrants were picked up by the Libyan coastguard and returned to a detention centre.

A month later, after paying their way out of detention, Roam and Abraham would attempt the voyage again. This time, ending in immense tragedy. Roam related that the vessel they were in capsized. Abraham, his friend and companion, was among the tens of migrants who drowned.

While Roam still found it difficult to piece together details of how he got back to shore, he survived.

"I watched my friend die and there was nothing I could do to save him. This haunts me every day.”

Roam did not attempt to cross again. He decided to go back home with support from the International Organization for Migration (IOM). 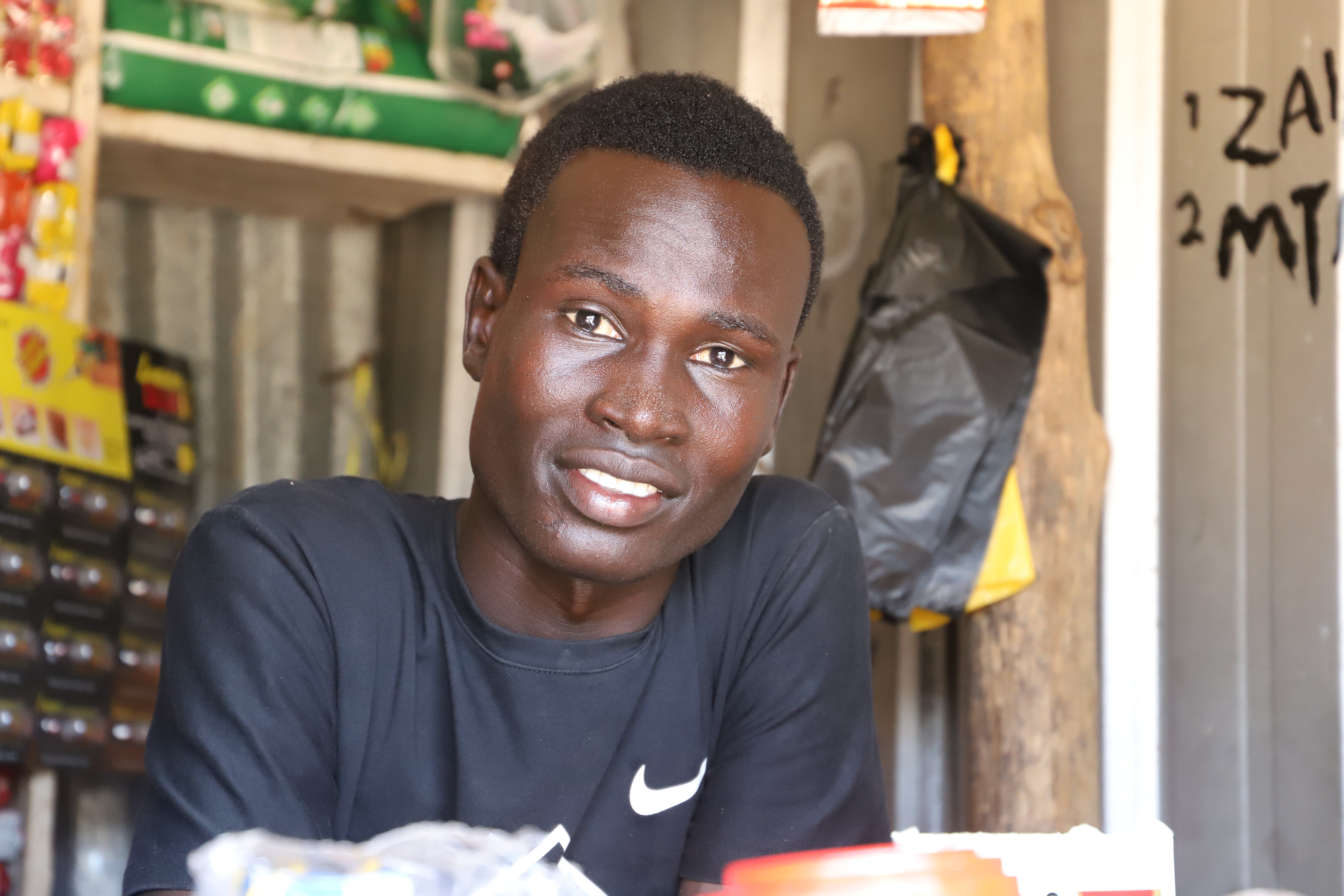 Although business is at times slow, Roam is confident that his business will grow – ‘Never Give Up’ is his mantra. Photo: Nabie Loyce / IOM 2020

As part of the work to assist migrants who choose to voluntarily return to their countries of origin, the IOM country offices in Libya and South Sudan collaborated to assist Roam to return to South Sudan. He received accommodation at his most vulnerable, as well as post arrival counseling, along with funds to rent a small shop and to buy stock.

Today, Roam shares his story while sitting in his very own shop.

“I was able to open this shop that is bringing in a small income and helping me live,” says Roam. “This shop helped me rebuild my life.”

Although business is at times slow, particularly in view of the economic pressures in South Sudan, Roam is confident that his business will grow. “I have gone through difficulties in my life, but I’m still standing. I believe the same applies to business,” he says.

“I am happy to be back in South Sudan to rebuild my life with optimism for a better life,” says Roam.

Roam is among the beneficiaries of the EU-IOM Joint Initiative for Migrant Protection and Reintegration funded by the European Union Emergency Trust Fund for Africa. Since 2017, the programme assisted more than 11,500 migrants with post-arrival reception and reintegration assistance in the Horn of Africa.