Gloria Sosa is a respected indigenous leader of the Ka'atymi community in Paraguay. She is creating awareness about the impact of climate change on her people’s livelihoods. Photo: IOM

Ka'atymi, 28 October 2022 – "Deforestation affects us a lot. Lately we have had long droughts and heavy rains and winds that damage our crops," said Gloria Sosa, a noted indigenous leader from the Ka'atymi community, 300 kilometers east of Asunción, Paraguay's capital.

The married mother of seven children is a recognized social leader, who tirelessly seeks to improve the living conditions of her community. For her, massive deforestation leading to extreme climate events that destroy small plantations is the main problem Ka'atymi faces.

Six years ago, a strong windstorm devastated Gloria's manioc crops, causing tremendous loss. This kind of hazard forces many to migrate to other parts of the country, mainly to cities, seeking better living conditions and employment. Gloria fears this threatens the community's development and existence in the future. 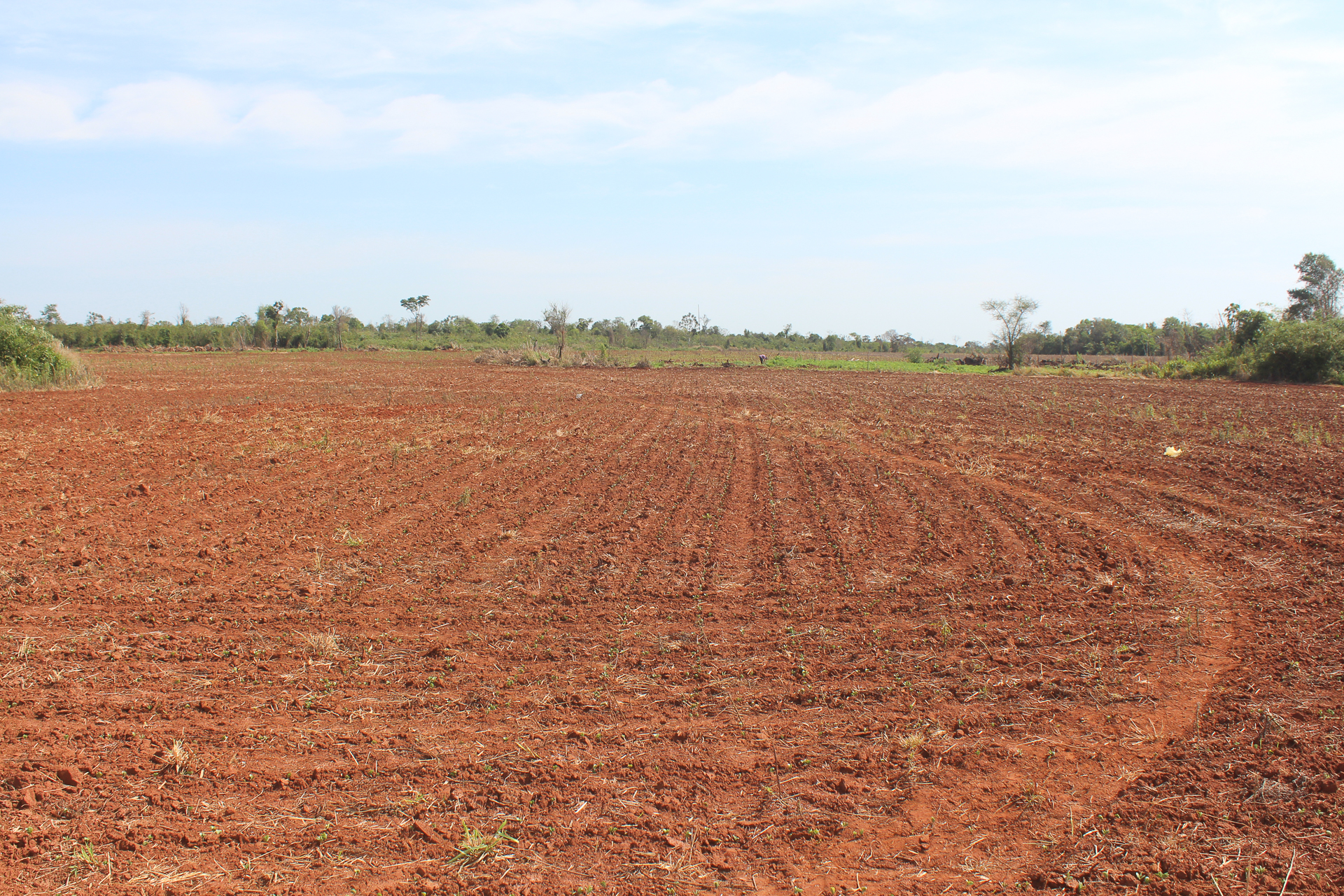 Extreme events such as droughts, floods and frosts affect crop yields, endangering the livelihoods of farming families in rural areas of Paraguay, particularly impoverished indigenous communities such as Gloria's, whose survival often depends on small crops. According to government statistics, two-thirds of the country's indigenous population lives in poverty, 34 per cent in extreme poverty.

Founded 35 years ago, the Ka'atymi community hosts 64 indigenous families, each with an average of ten members belonging to the Mbya Guaraní people. The village’s livelihood consists mostly of changa'i  – a colloquial expression in the Guaraní language referring to daily and occasional paid work, which they perform on extensive grain plantations in the area. 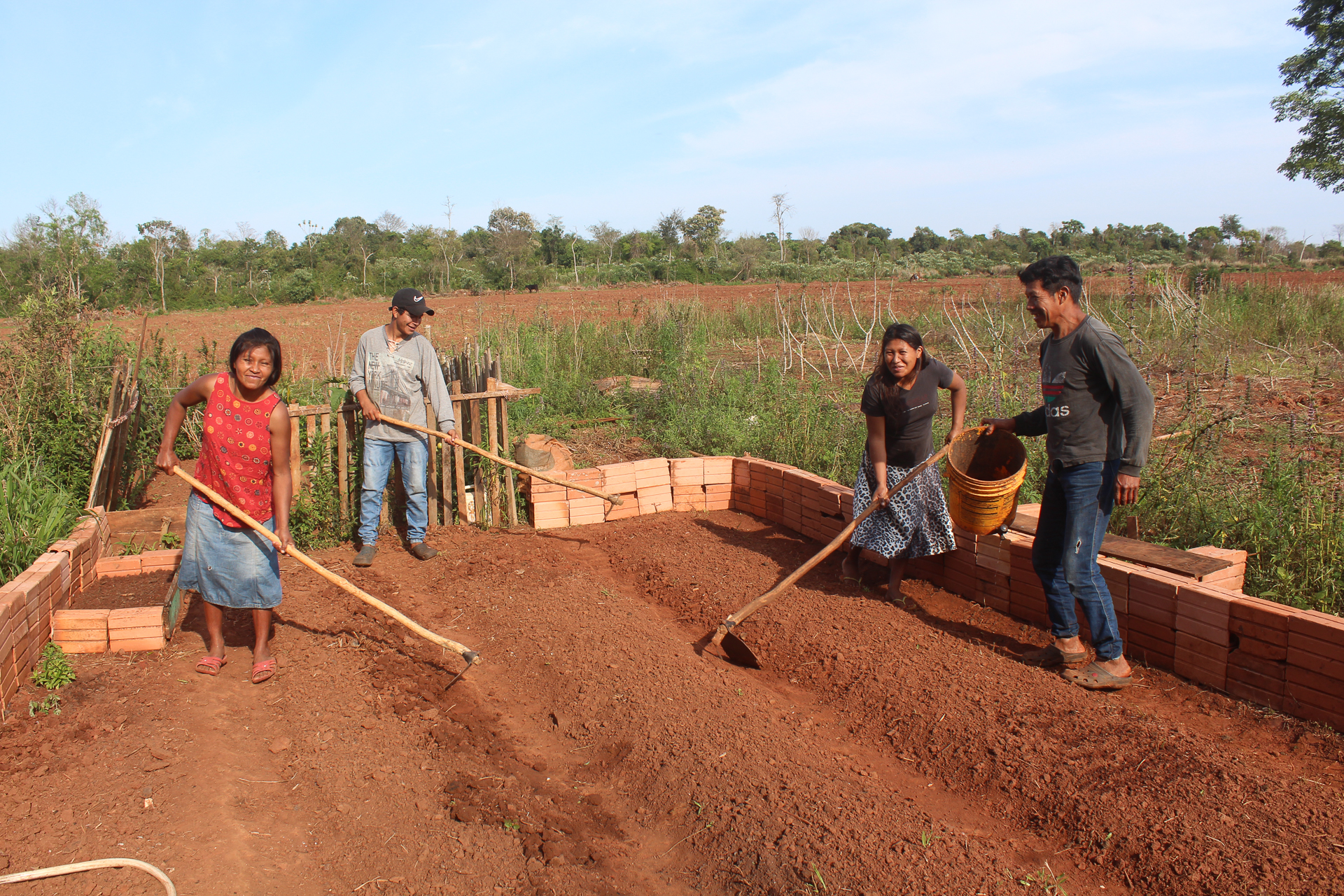 Gloria’s farm has suffered the impact of climate-change related events. For her and her family, their farm is their main livelihood. Photo: IOM

"We dedicate ourselves to our farm where we cultivate manioc or yucca, peanuts and corn, and farm animals such as pigs, chickens, and some cattle. That is how we make a living," Gloria said.

She has witnessed how the local lifestyle has changed in recent years due to deforestation, environmental degradation and climate change. Vast wilderness areas once allowed the community to hunt animals and gather fruits from the forests. Abundant rivers or streams provided them with fish.

“Twenty or thirty years ago, the Mbya were rarely seen in the cities because there was enough food; now that has changed," she lamented.

Migrants have headed to the cities for decades, creating territorial imbalances. Migration to urban areas occurs largely as a survival strategy as subsistence or productive farming activities decline due to environmental changes.

The community of Ka'atymi is not alone in this situation. According to Paraguay's National Climate Change Adaptation Plan, indigenous communities face immense challenges adapting to the effects of climate change due to limited resources, access to technologies and lack of investment. 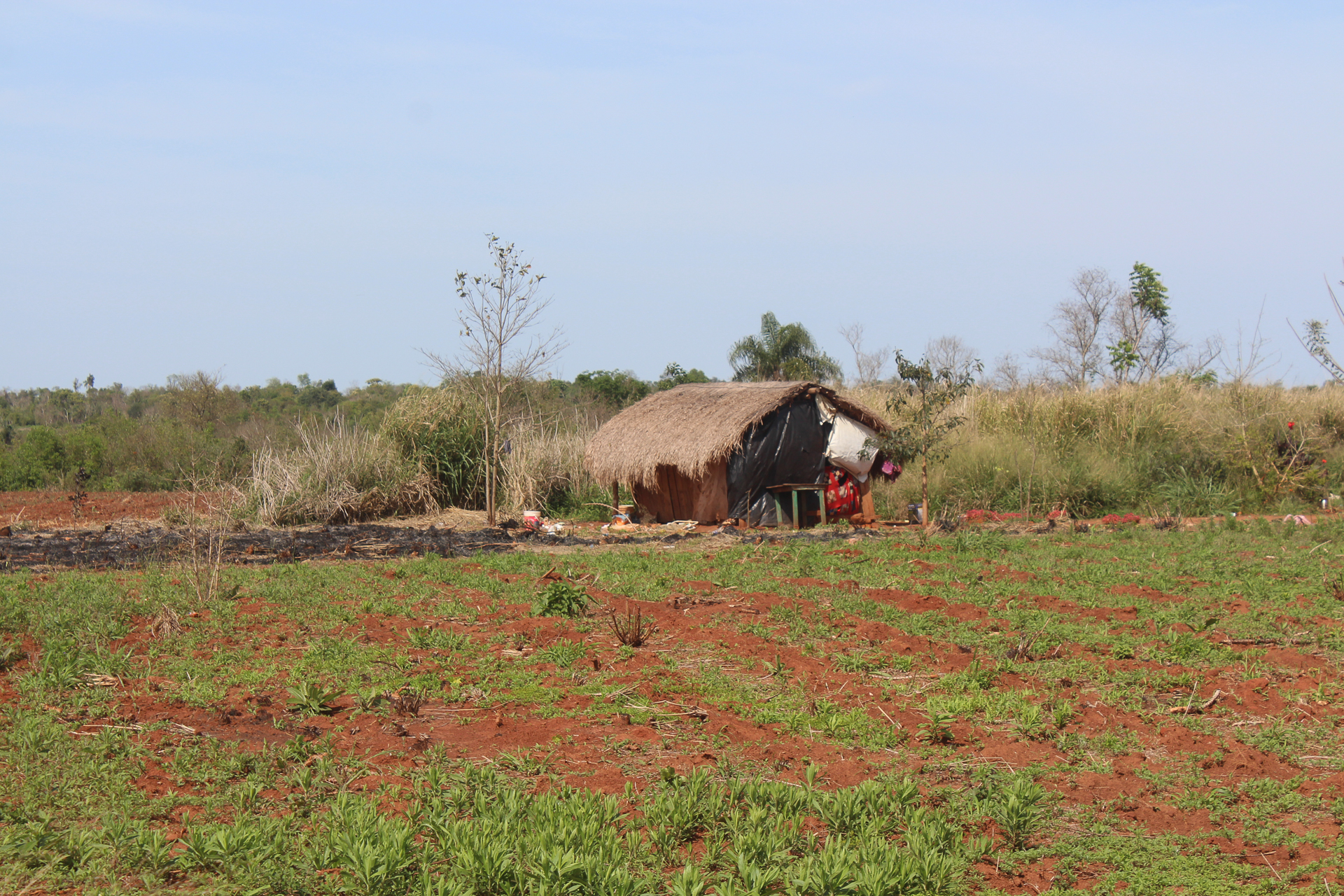 According to Paraguay’s statistics agency, two-thirds of the country's indigenous population lives in poverty. Photo: IOM

This low adaptation capacity leaves them in a vulnerable position, where the only option many have is to cede part of their properties to local grain producers who have the resources to buy modern machinery to work the land.

Despite the difficulties, Gloria continues to persevere, dreaming that her community will progress.

With her family, she has managed to achieve a stable standard of living, thanks to the continuous work and ingenuity on their farm.

"I feel the need for my neighbours to have the same living conditions as me," she said.

The International Organization for Migration (IOM) works with the Paraguay Indigenous Institute to strengthen government capacity to respond to and prevent forced migration of indigenous communities in the context of climate change and environmental degradation, with a holistic, multi-stakeholder approach. The communities participating in the project are Pindo’i y Ka’atymi de Repatriación (Caaguazú), Santa Teresita de Paso Yobái (Guairá) and Ykua Porá de Abaiva’i (Caazapá).