Solomon, a child who was homeless and trafficked, and is now reintegrated back with his family. Photo: Hope for Justice

How does it feel to be homeless, invisible to society, and driven into forced labour before you reach the age of 13?

Solomon* from Amhara region, Ethiopia, knows all too well. Living on the edge as a street beggar, he became an unaccompanied migrant child, trafficked and exploited for cheap labour before he was a teenager.

While his mother worked as a housemaid, his father remained largely absent. Chronic poverty deprived Solomon of even a basic education.

“My mother lost her eyesight after giving birth to twins, and that put the whole family in a difficult situation,” says Solomon.

He began escorting his mother at a young age, guiding her wherever she went. He did this for five years until long episodes of excruciating hunger forced him to leave home to find work. He walked for two days trying to earn money for his family as a cattle herder.

Solomon was oblivious to the perils he faced spending nights by the roadside during his run-away journey. Strangers offered him food, a place to live, and money to do simple household chores. However, after two harsh years working as a house help and farm labourer, promised payment never came.

When he realized he was being exploited, he escaped and returned to live with his mother. He then worked as a part-time labourer to help pay for food and other necessities for his mother. Young and naïve, he was again lured by another man and taken to Bahir Dar, the capital of Amhara province where he lived, but again he was not paid for his labour. He escaped and eked out a living supporting an elderly, visually impaired woman to beg in the street.

Solomon continued to support himself and his family, staying in the streets of Bahir Dar as a full-time beggar and sending his meagre earnings to his impoverished mother as often as he could. However, when the elderly woman fell ill and eventually died, Solomon was left without any means of survival and highly vulnerable on the streets once more.

At his lowest point, unable to provide for his mother and feeling increasingly hopeless with each passing day, Solomon had nowhere to turn. Outreach workers for Lighthouse by Hope for Justice, a partner organization working with the International Organization for Migration (IOM) in Ethiopia, managed to persuade Solomon to leave his transient life on the streets.

Hope for Justice is a non-governmental organization which works in Bahir Dar, Ethiopia to help end modern slavery by preventing exploitation, rescuing victims, restoring lives, and reforming society. It runs centres, called Lighthouses, which offer a haven for abused and exploited children or those who have been vulnerable to such exploitation while living on the streets.

At the Lighthouse, Solomon started receiving basic support. He vowed to never return to a life on the street and was soon reunited with his mother. Thanks to a course on running a small business, he started one of his own and can again help his mother survive. He has also returned to school.

Trafficking of children a wider problem

Solomon’s case mirrors the plight of millions of irregular migrant children exposed to the risk of trafficking and exploitation after moving within or across borders to find better opportunities.

According to the United Nations Department of Economic and Social Affairs (UNDESA), the number of international migrants reached 281 million in 2020, with 36 million children under 18 years. Ethiopia, as a major country of origin for migrants, has seen many of these children trek irregularly along the Horn of Africa migration corridor, or the ‘Eastern route,’ to diverse destinations in the Middle East.

Local brokers and traffickers prey on potential migrants, some children, promising them a life of opportunity beyond their communities, and often beyond borders. Trafficking and smuggling flows follow the main migration routes and many organizations such as IOM, the United Nations Office on Drugs and Crime (UNODC) and others, are studying the severity of the problem.

According to IOM’s Regional Data Hub for East and Horn of Africa, the ‘Eastern route’ continues to be characterized by a high volume of unaccompanied migrant children (UMCs), with 3,203 UMCs (9 per cent) being reported by the end of 2020; over 71 per cent of all the children travelling were UMCs, a drastic increase from the 46 per cent tracked in 2019.

Journalists and IOM staff, on a sensitization tour to Dewele point of entry on the Ethiopia-Djibouti border, speak to young migrant children who are part of a return movement. Photo: IOM/Eric Mazango, March 2021

Journalists and IOM staff speak to migrants, including children, at Dewele point of entry on the Ethiopia-Djibouti border. Photo: IOM/Eric Mazango, March 2021

An Ethiopian journalist speaks with an Ethiopian and a Djibouti border policeman at Dewele point of entry as part of a sensitization tour organized by IOM. Photo: IOM/Eric Mazango, March 2021 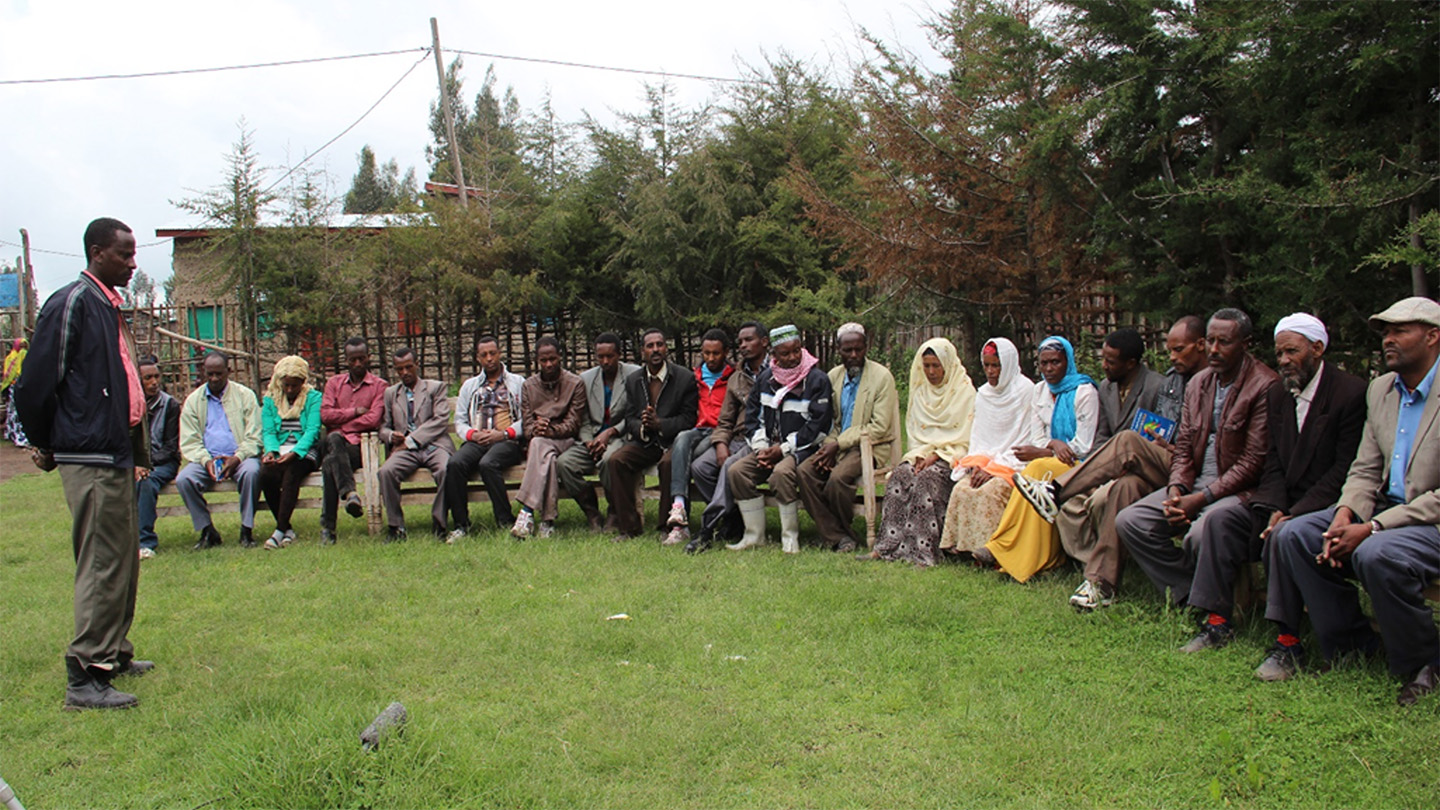 In addition, working with IOM, the Ethiopian Government Anti-Human Trafficking Council has been implementing the Community Conversation project, an awareness and behaviour change communication initiative for combatting irregular migration at community level that uses facilitated dialogues for awareness-raising and collaborative action. Journalists have also been trained to report on trafficking and smuggling in a sensitive way.