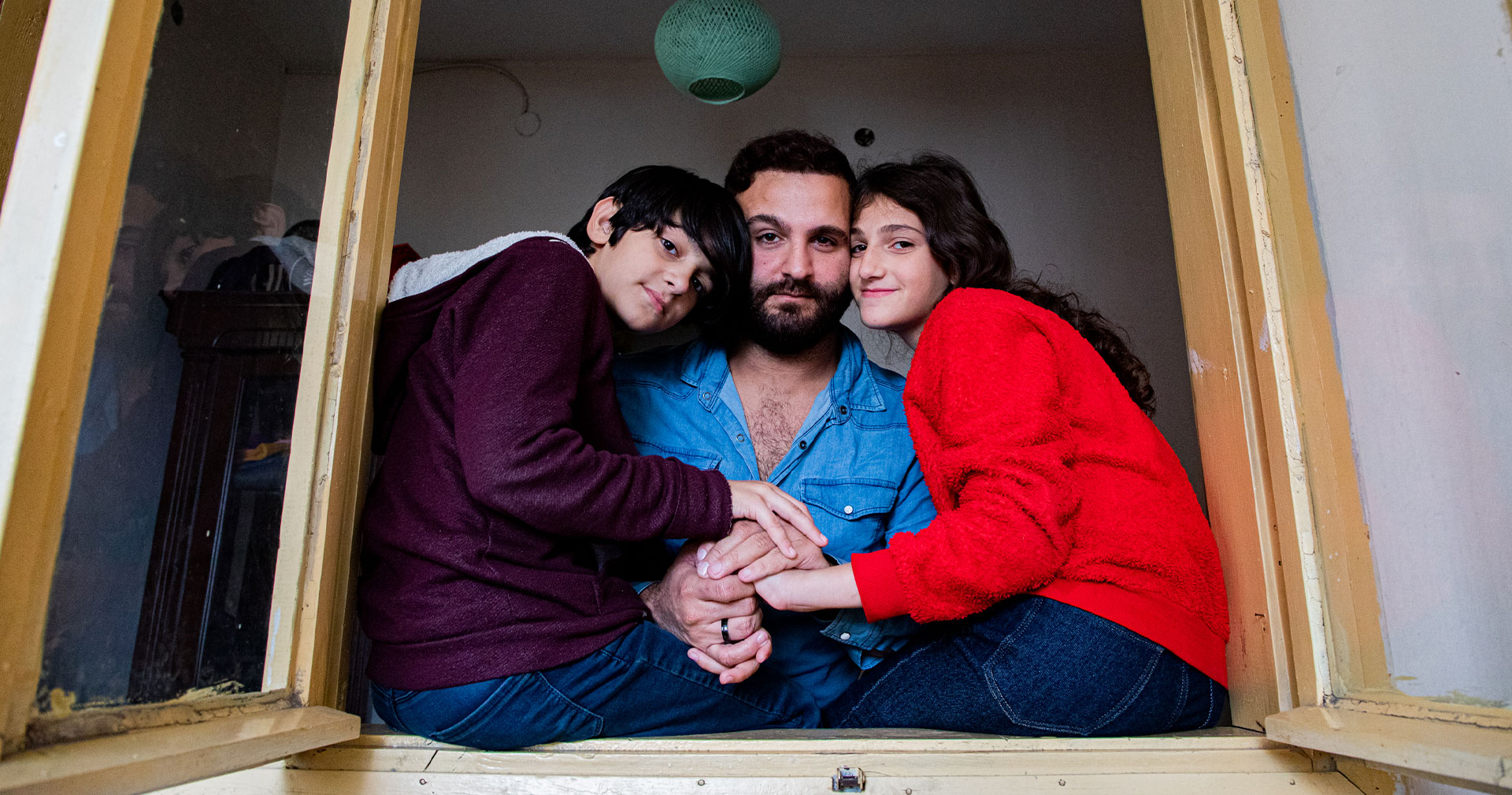 Turkey, 16 May 2022 – What makes people flee their homes? People flee from war, hunger, violence, extreme poverty, and sometimes for adventure or love. I left Lebanon because I was in real danger of being killed. I was born into the wrong body and wanted to talk about it.

When I was 9, I looked at myself in a full-length mirror and I couldn’t understand why I didn’t have a girl’s body. I identified with my five sisters. I felt I was one of them. I liked to play with them; I wore my mother's clothes when I spent time with them. I barely spent any time with my brothers.

When my father saw me like this, he beat me. He beat me so hard with a stick that I fainted, blood pouring from my ears. Another time he stabbed me in the arm, and I still have that physical scar.

He never accepted me. I was a girl. I knew it then and today, even though I am a father, I still don’t feel male. I am trapped in my body. I don't want to have a beard. What you see isn’t who I am: I’m Leyla.

Life has not been easy. I was bullied mercilessly at school. My father even tried to have me expelled. He kicked me out of the house, and I had to work for a living just to finish school.

After university, I worked in the media but kept my identity a secret. Little by little, I started to recognize more people like me. We communicated through secret signs in the daytime, but at night I concealed my beard, put on a wig and enjoyed the feeling of being free, being me.

Despite some precious moments, life was still complicated. Very complicated. I married a lesbian to appease my family and we had two wonderful children during our seven-year marriage.

Finally, I decided to stop denying who I was and work for our LGBTQI (Lesbian, Gay, Bisexual, Transgender, Queer and Intersex) + rights. I connected with other people in that community and became an activist, blogging and running an LGBTQI+ website.

So, there I was. Despite all the difficulties, the double life, and the taboos, I had a really good life in Lebanon: I had a home, a nice car, a good job, friends and wonderful, beautiful kids… but trouble was coming my way.

One night, I was at home when I heard shouting from outside and knew men were coming to kill me. In their eyes my life was a sin and I deserved to die. I jumped from the balcony and ran away. I didn't take anything because I just wanted to avoid being caught and killed. I arrived at the airport at 3:00 a.m. and was in Istanbul before dawn. 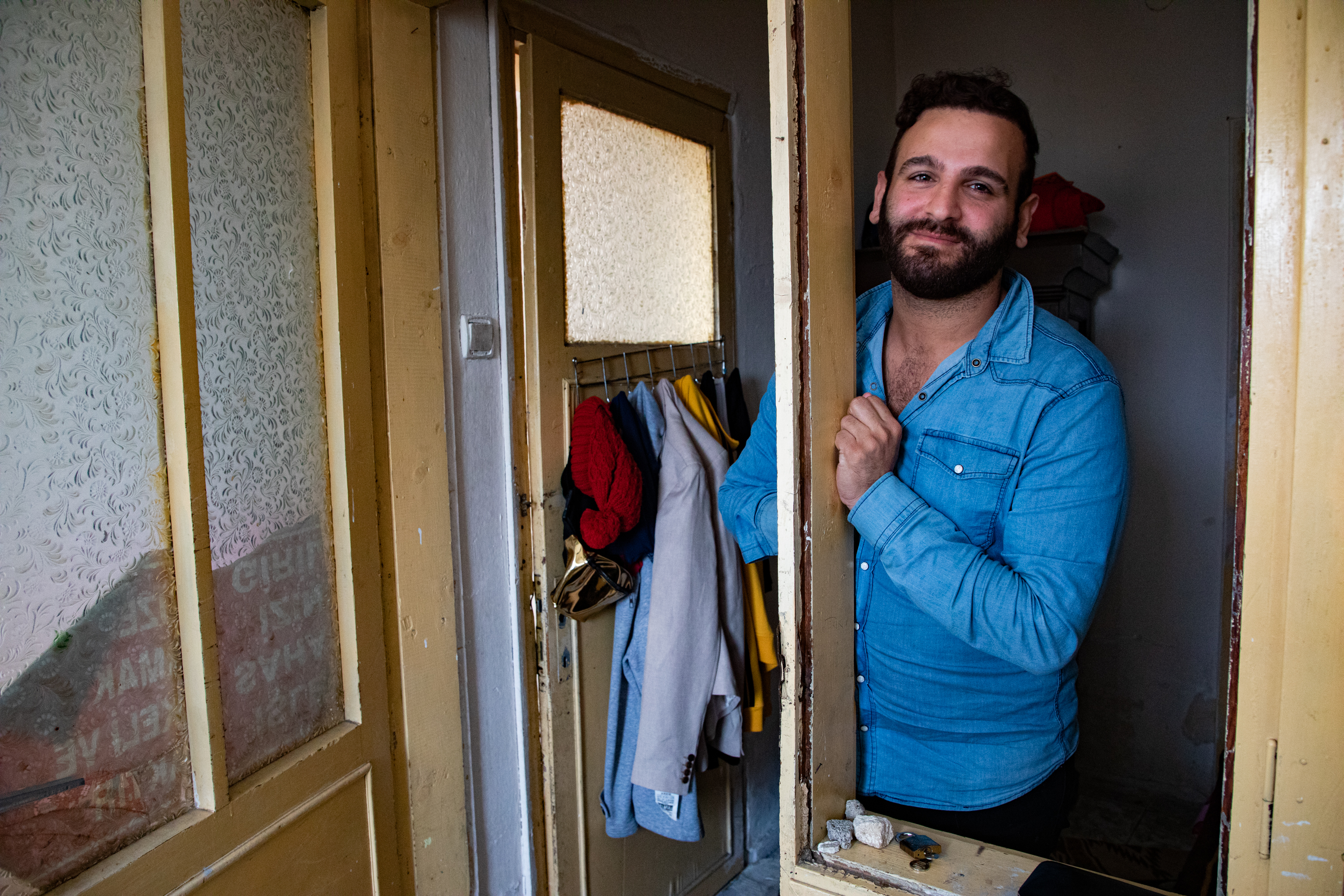 Leyla is showing her small rented flat where she is currently living with her two children. Photo: IOM Turkey 2022/Begum Basaran

I felt inspired by the freedom that LGBTIQ+ community members enjoyed in Turkish society. They gave me hope that I could be the woman I am. I made new friends and began dressing up in beautiful dresses, doing my make-up, and going out in the city with them. However, even though there was solidarity in our community, in wider society, I faced the same discrimination and hate speech here that I had faced in Lebanon.

Then two good things happened. First, six months ago, my ex-wife helped with all the documents needed for my children and my sister to join me here, and now they live with me. I’m mummy and daddy to them.

Second, I got in touch with a migrant centre run by the International Organization for Migration (IOM), which helped me with legal issues like getting my kids into school and getting regular health care. They even helped me get a job in an Arabic restaurant.

Life is stable, the panic is over, and I have my children with me. However, this isn’t the end of my journey. Turkey has been good to me, by and large. I want to live as who I am without worry. And again, I have to thank IOM for helping me get a foot on that road.

I went to the provincial migration office for an interview, and after two days, I was granted conditional refugee status. I haven't received any further information on resettlement. I'm standing by. I'm not sure where I will end up. I think it would be good to move to an English or French-speaking country because those are the languages I speak.

I want to finish by saying that discrimination is utterly futile. There is no benefit to it. It achieves nothing. It just damages people, and it damages society. It made me stronger and now I have a new, second family: the LGBTIQ+ community. It’s not just my community and my family, though. It’s my life, and it’s a symbol of my identity. And I know one thing for sure: we are all born equal, and we all deserve to be treated that way.

IOM Turkey runs migrant centres in six provinces in Turkey as part of its Refugee Response programmes. The centres provide migrants, refugees and host community members with education, social services, legal and vocational guidance, and community support. Some of the centres operate with the financial support of the US State Department’s Bureau of Population, Refugees, and Migration (PRM).