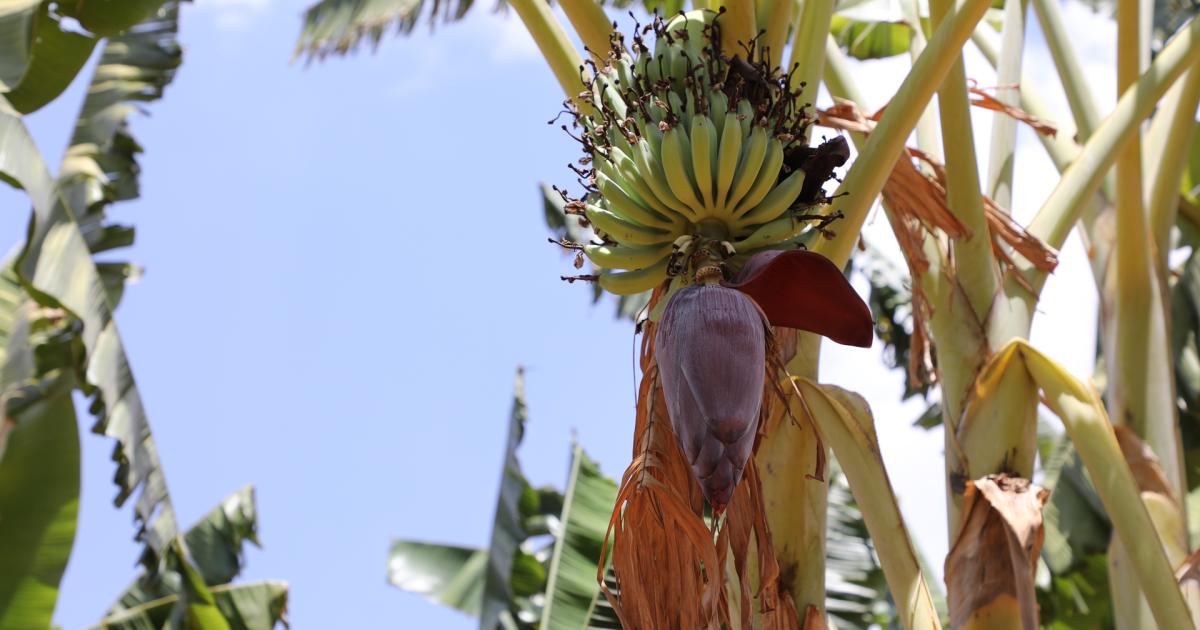 New Homes and Hope for the Internally Displaced in Ethiopia

Nekemte, 22 Nov 2021 – Dotted with mango and banana trees, the lush landscape supporting two villages in western Ethiopia is emerging from a grim transformation.

For thousands of people living in Amistegna and Sidistegna in Sasiga, East Wellega, life changed in 2018 when fierce inter-ethnic armed clashes broke out between groups from the Gumuz and Oromo bordering communities. More than 75,000 people were forced to flee their homes for months, but as tensions eased in 2019, many returned only to find destroyed houses and barely recognizable countryside.

Semira Bateri, a 27-year-old mother of two from Sasiga District, was devastated to see nothing left of her house but rubble. She and her family had no place to go.

“When we came back from months of refuge at our relative’s place, we were shocked to see our houses razed to the ground. We were forced to sleep on the floor as all our furniture was looted,” she says. “To make matters worse, we did not have the means to rebuild our home.”

Semira Bateri and her family are happy to be back in their rebuilt house. Photo: IOM/Alemayehu Seifeselassie

Like Semira, Husein Ismael, a sole breadwinner for a family of eight – including his sister and her two children – lives in the same community and he also lost his house. Husein and his family had to endure harsh, cold weather living in a house with porous walls that gave little protection from the elements.

“The mud straw walls of the house were badly damaged, and conditions were tough for our four children, especially when it rains,” he says.

As part of its emergency response to displacement, the International Organization for Migration (IOM) has supported displaced families to rebuild their homes and offered them hope for the future. IOM developed a reintegration plan which included reconstructing houses for 2,800 families like those of Semira and Husein.

Through its Cash-Plus Shelter Support Programme, IOM provided each family with 11,300 Ethiopian birr (about USD 285), in cash over three disbursements, to buy construction materials such as poles, corrugated iron sheets and binding materials. Items such as doors, wooden windows, hinges, and nails were also provided.

Beneficiaries were selected in coordination with the Ethiopian government through its official return plan and IOM’s needs assessment.

IOM also liaised with various government offices to ensure that beneficiaries confirmed their ownership of the land before reconstruction, allowing families to establish themselves safely, peacefully and with dignity.

IOM also trained carpenters from the community to help maintain the standards for shelter construction. The community then formed groups to receive materials using local transportation. 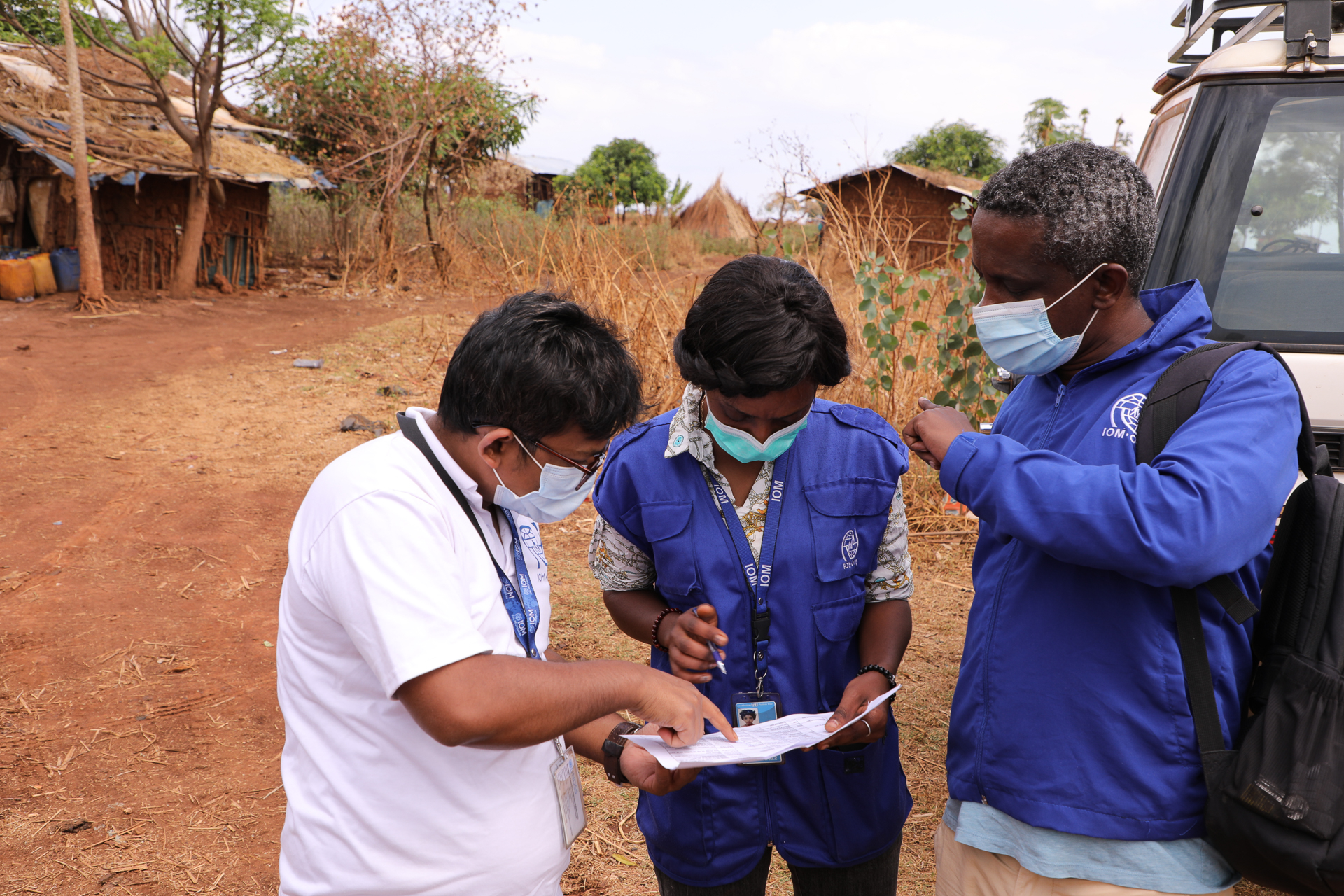 “Construction of shelter is an essential step in the resettlement of displaced communities. However, more needs to be done to integrate this with other components such as Water, Sanitation and Hygiene (WASH) facilities, to ensure returnees have adequate water and avoid open defecation,” said Moniruzzaman ATM, IOM’s Shelter Officer in Ethiopia.

The support provided has been critical for beneficiaries.

“The reconstruction has given us a fresh start to move back into our houses,” says Semira.

For Husein, IOM assistance offered him the opportunity to rebuild his house better than before. “I am a skilled carpenter, and I have been reconstructing some of the village houses. That is how I managed to build my house and made it better than it used to be,” he says. 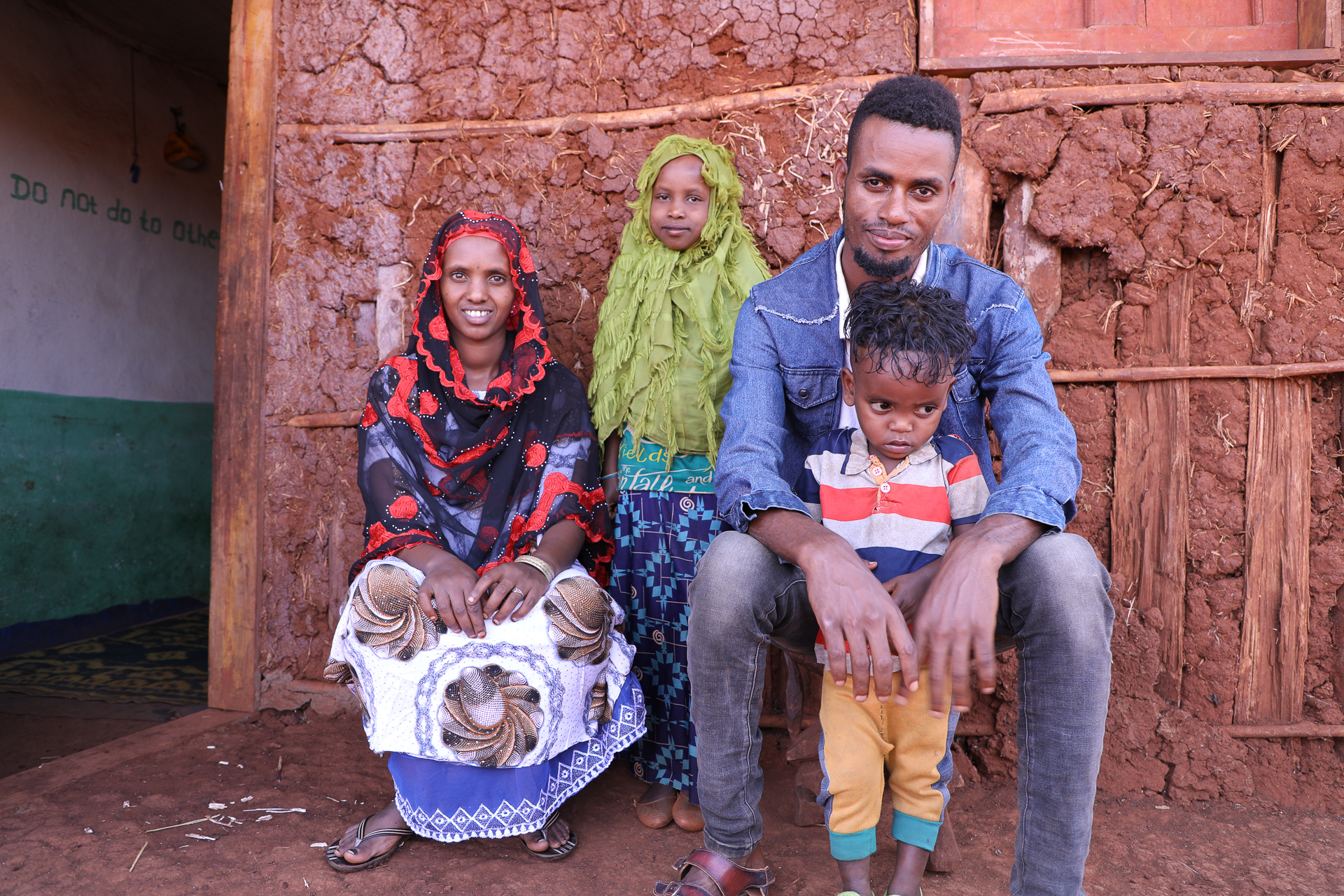 In addition, IOM provided shelter assistance to more than 3,900 households in East Wollega, West Wollega and Kamashi zone with the support of the UN Central Emergency Response Fund (CERF), BHA, ECHO, and the United Nations Office for the Coordination of Humanitarian Affairs (UNOCHA) – through the Ethiopian Humanitarian Fund (EHF).