Situated on the east side of the White Nile River, Bor is the capital of Jonglei State in South Sudan. Every year, heavy rains trigger heavy flooding, causing massive destruction to lives and livelihoods for nearby communities.

Each year, thousands of residents get displaced due to flash floods.

For example, in 2019, the town was completely flooded. 2020 was no different. The town was hit by what many are describing as the worst flooding in 60 years, forcing people to leave their homes. 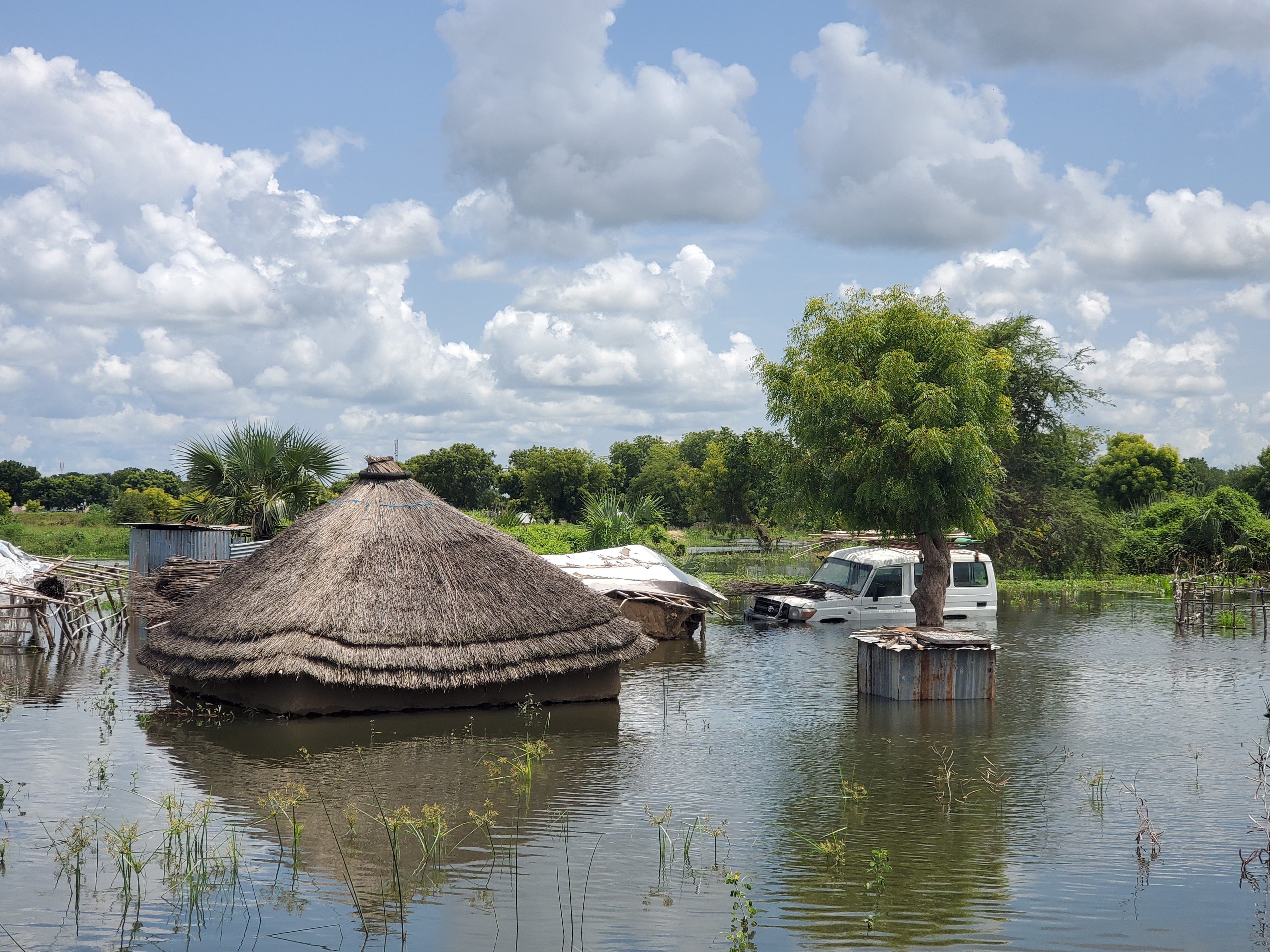 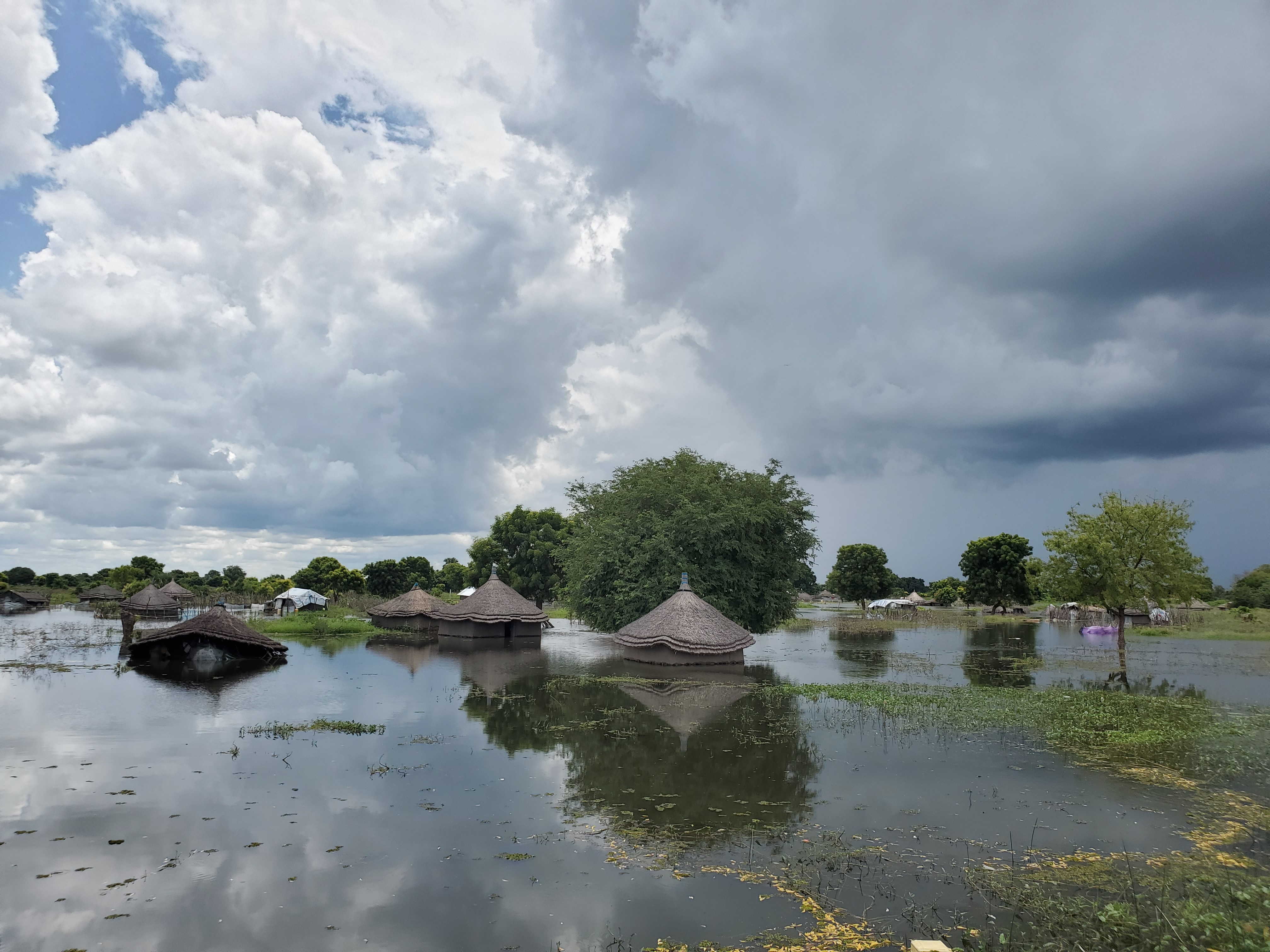 Disaster struck in late July when some parts of the dike, a long embankment constructed to contain the flow of water, collapsed. The water entered the town, sweeping through homes and displacing more than 5,000 people.

Shortly after, the International Organization for Migration (IOM), in coordination with other humanitarian partners, conducted a detailed technical assessment of the surrounding dike. The assessment team identified sections of the dike that were susceptible to further damage. Based on its findings, IOM’s Shelter and Non-Food Items (S-NFI) unit began repair and maintenance work in the dike. IOM procured sandbags, wooden posts and bamboo poles to strengthen exposed sections. Youth from the community voluntarily participated in repair works for over a month. 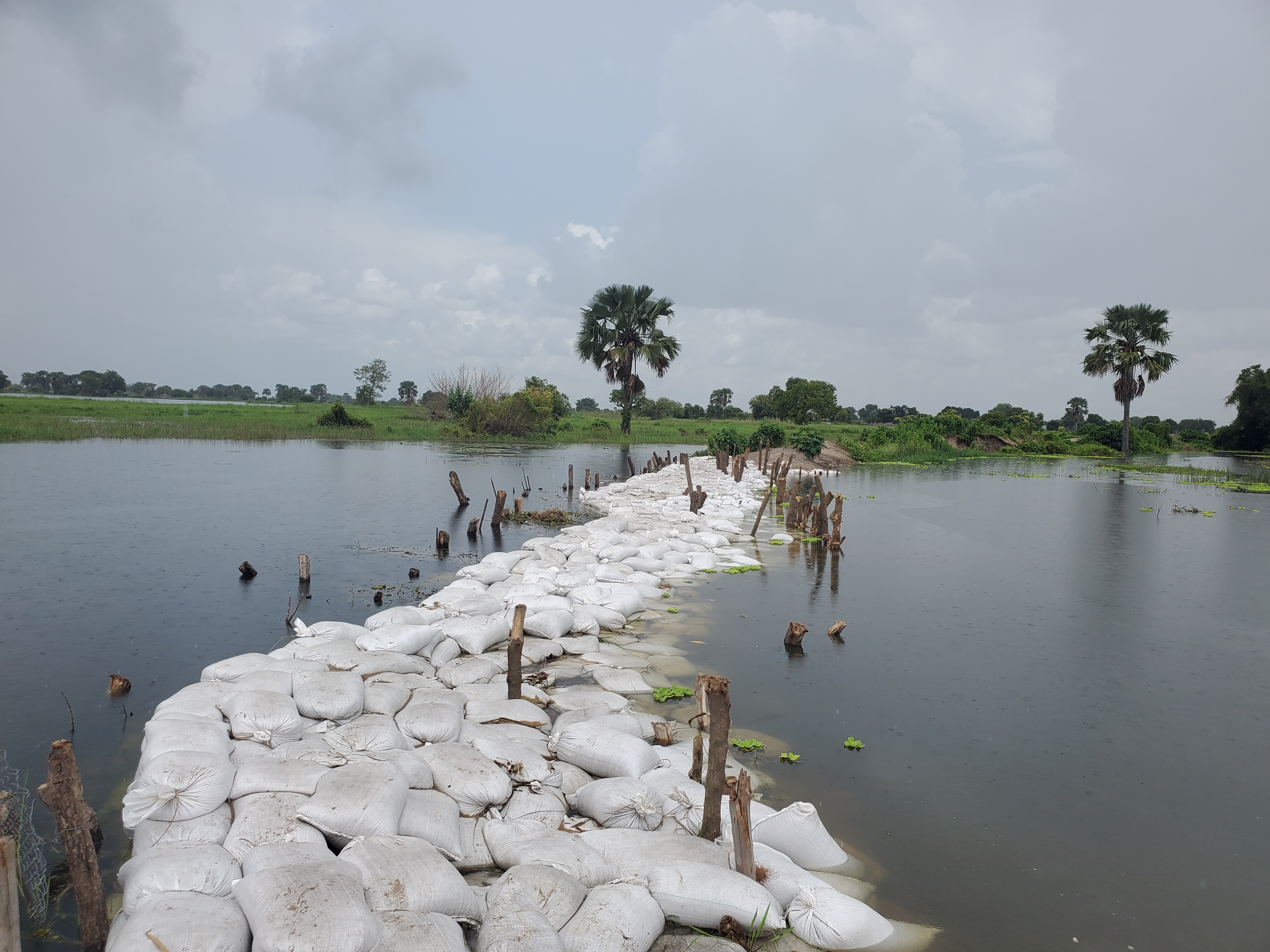 Even though flooding already had caused considerable damage to parts of the area, IOM’s swift action saved many others.

“It was evident that if the broken parts of the dike were not repaired, the flood water would wash away many more shelters,” said IOM South Sudan’s S-NFI Coordinator, Asar Muhammad.

Ajah, a resident of Bor town, added that her small shop was not spared from the wrath of the water. She feared that her home would soon be swept away.

“If the dike had not been repaired, I would be narrating a different story,” says Ajah.

Ajah’s shelter is situated on higher ground, at quite a distance from the White Nile. Like many of her neighbours, she thought her family and home would be safe once the rains stopped and floodwaters receded.

“To our surprise, the water levels kept rising and at great speeds,” she explained. “For days I could not sleep.”

As the water levels continued to rise, Ajah made the difficult decision for her and her family to evacuate their home. Later, they joined in the voluntary work to restore the dike. 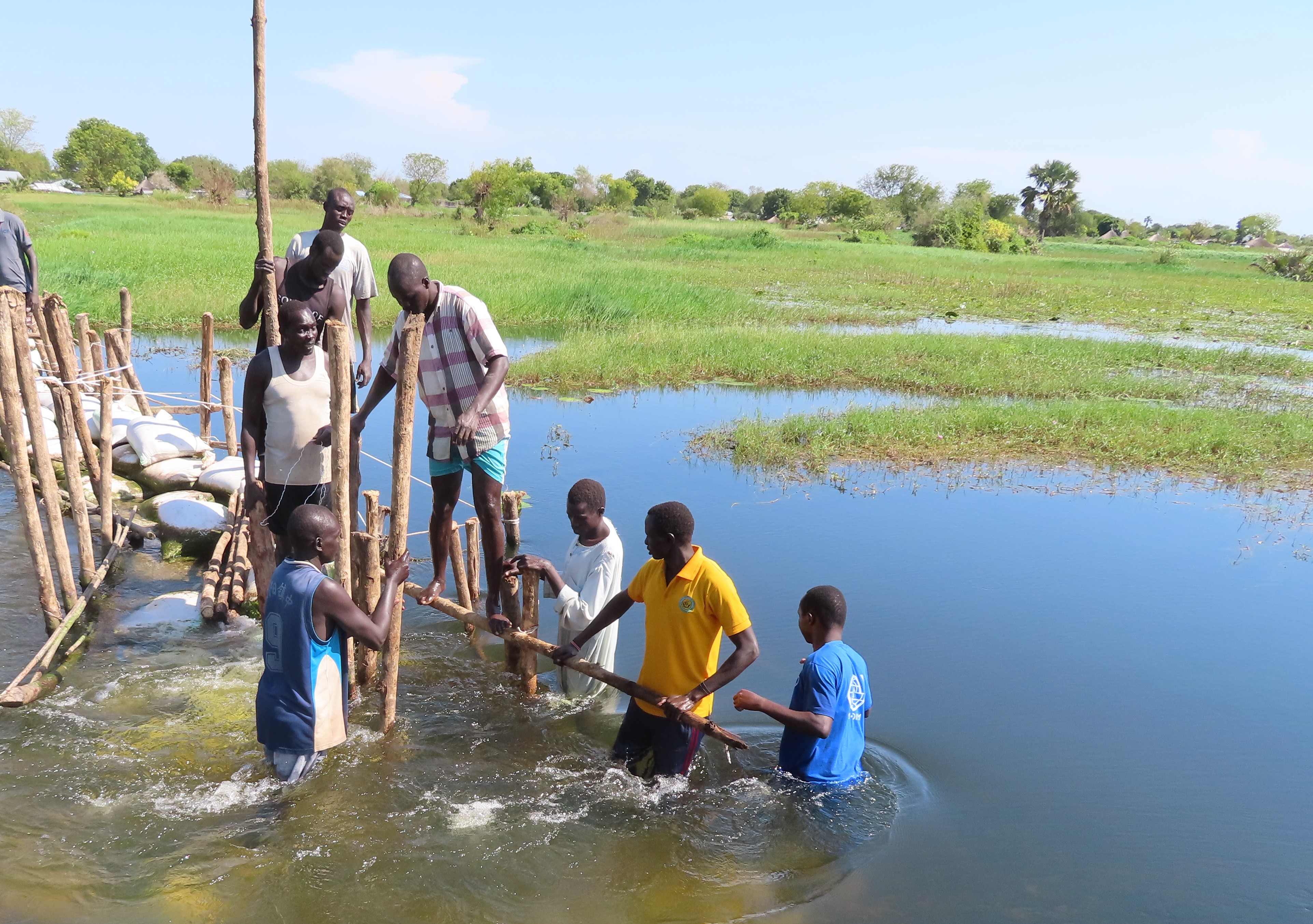 “While we were busy repairing one part of the dike, another part would be breached by water and we would have to rush there. People swam in the water carrying sandbags and poles to bridge the broken parts  – It was an uphill battle,” Ajah recalled.

Through concerted efforts between IOM, local authorities and the community, stretches of the dike now have been repaired and restoration work will continue until every section has been attended to. In the meantime, IOM continues to work with the local community to find a sustainable solution for drainage and regular repair and maintenance of the dike. 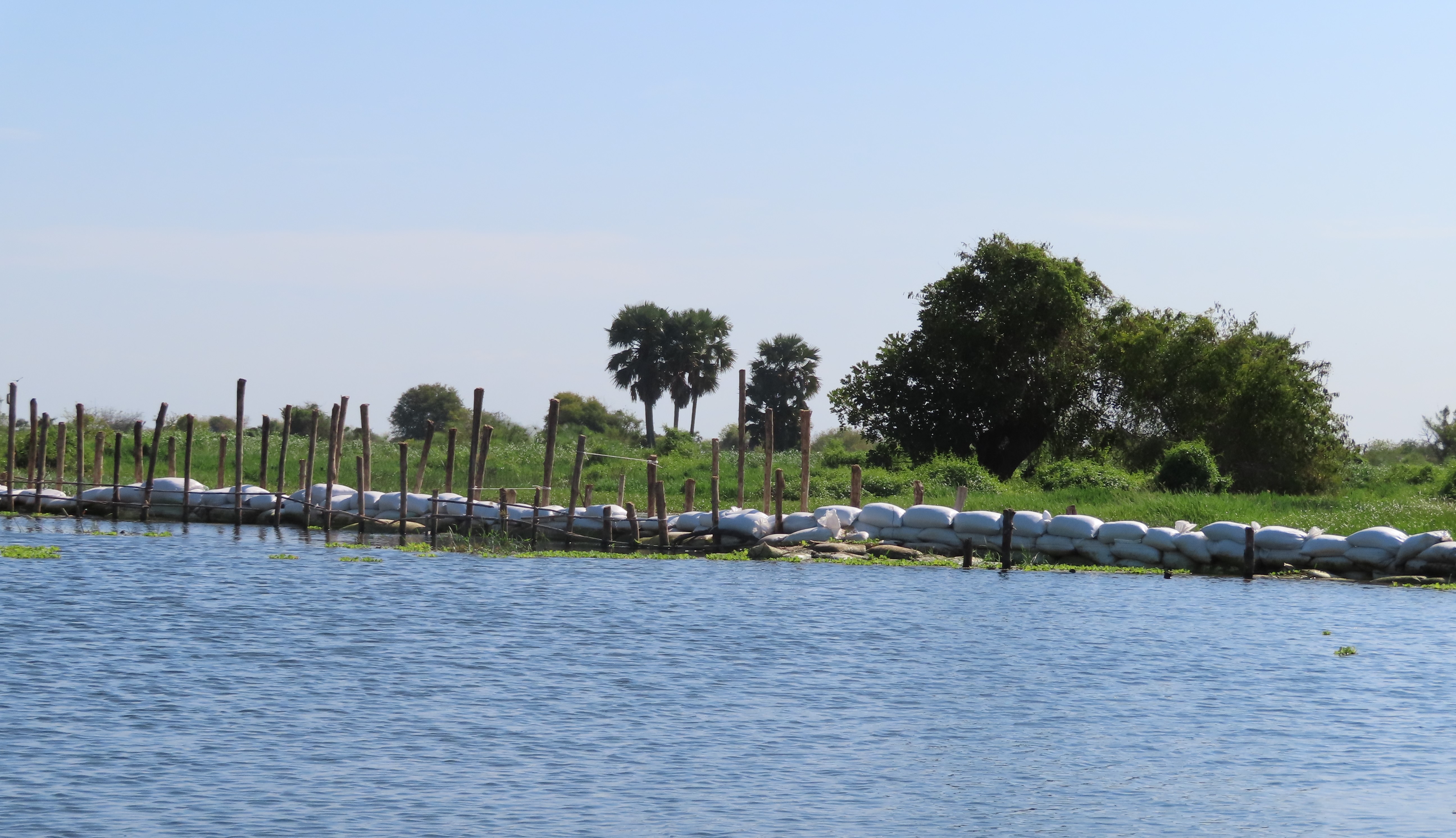 “If the repairs were not done when they were and as quickly as they were, my home would be underwater,” Ajah said.

“With support from IOM, our community will continue to rally together to work towards one goal of rebuilding the dikes. We do not want to be in the same situation next year,” says Ajah.

The repair and maintenance  of the dike is supported the UK Government’s Foreign, Commonwealth and Development Office (FCDO).