For more than 30 years Somalia has been mired in deep economic, political and social crisis, with its citizens suffering the most.

They have tolerated mass displacement, the loss of loved ones in enduring conflict, and destruction of basic services for decades. The prolonged violence has also torn apart the bonds of friendships among communities that had lived in peace.

“People were suddenly distrusting each other,” said Abdiwahab Bissle, an expert on community stabilization with the International Organization for Migration (IOM).

He remembers how the civil war changed social dynamics in many cities across the country. “Most of Somalia's armed clashes were and are fought in the name of clans, which has affected the linkages between communities.”

Somalia's population is divided into many clans that have shaped communities for centuries. But it was during the 1990s when their peaceful coexistence fragmented and struggles for political power turned deadly.

Since then, many of the country’s deepest problems have been defined by clan-related conflict over access to land and water, exacerbated by violent extremist groups, and environmental degradation.

“Yet traditional clan elders and women’s groups are a primary source of conflict mediation and have served as a deterrent to armed violence,” Abdiwahab added.

Working with community leaders and women’s groups has been effective in restoring peace in many Somali communities. One such example can be found in Dhusamareeb, the capital of Galmudug State, where IOM supports the government’s peacebuilding efforts among communities that historically have been in conflict. 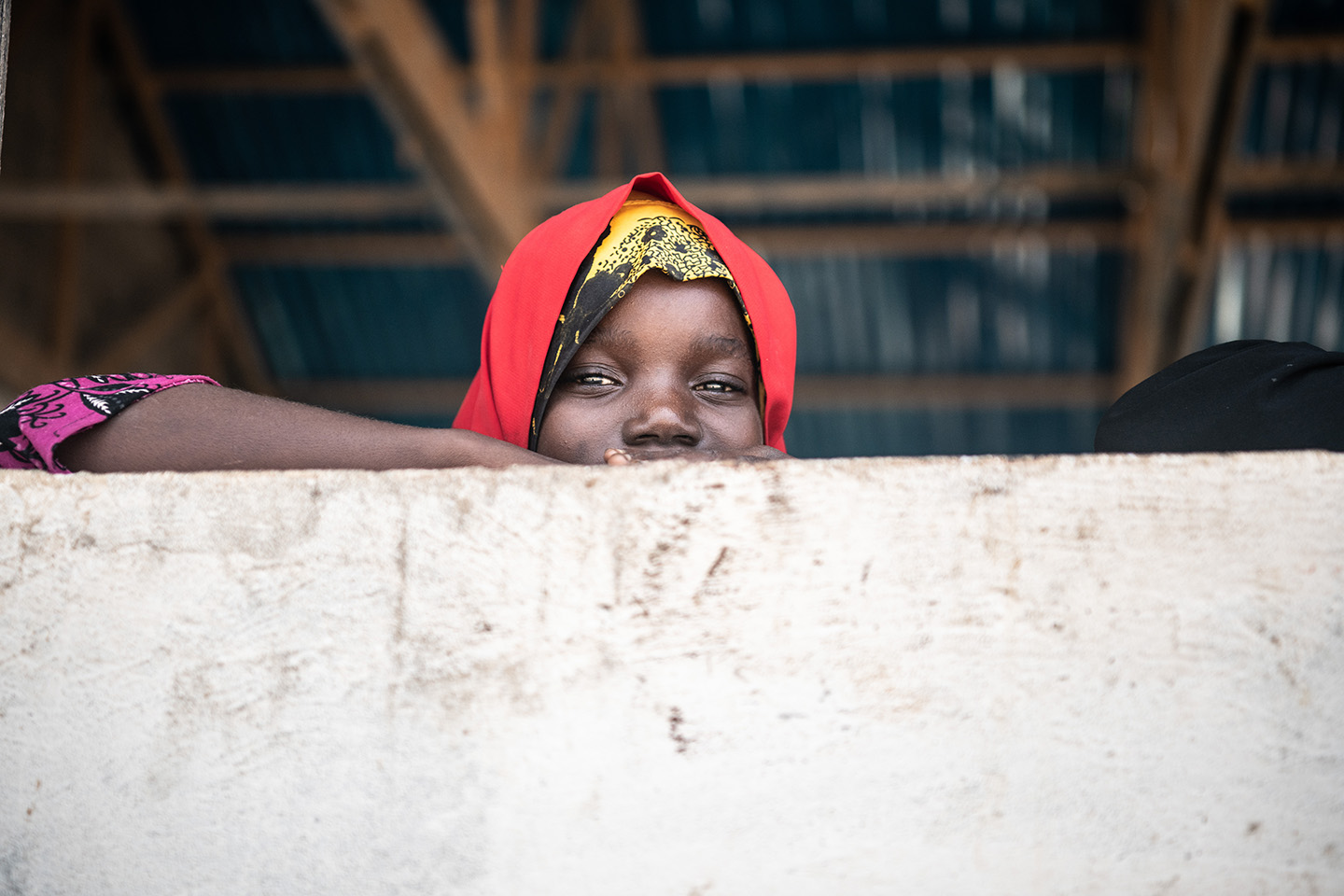 A girl in Marka, a town that was liberated from a violent extremist group a few years ago in Lower Shabelle, Somalia. IOM Somalia implements stabilization and recovery projects in areas recently recovered to enhance social cohesion, prevent displacement and promote peace. Photo: IOM/Rikka Tupaz 2021

Since the onset of the civil war, the population of  Dhusamareeb had been under the influence of one ideological group, but internal tensions among the group arose due to disagreements over the type of state that citizens wanted for their future. This divided residents into two ideological groups, despite belonging to the same clan.

Over time, power passed from one group to the other, depending on the prevailing dynamics. Two years ago, local elections escalated the existent tensions and led to an impasse that separated the winners and the losers. This especially affected the relationship between two women’s groups who traditionally had been neighbours sharing common interests.

“As a female candidate to the senate, it’s challenging for me to pursue my political ambition knowing that women’s groups in my backyard are disunited,’’ explained Hani*, who is running for federal politics.

Appointments to the local council and to other key organizations have become contentious issues. Women’s groups mistrust each other and compete for the endorsement of influential community members  – a far cry from relations about a decade ago when women from both groups worked together, sharing joyful moments while also supporting one another in times of need.

To reunite them, the Ministry of Women and Human Rights Development (MoWHRD) in Galmudug organized a mediation and reconciliation workshop attended by 100 women from both the pro-government and the opposition sides.

“IOM supported the government to train and give space to influential women leaders from the two political sides to discuss and brainstorm on their respective grievances,” said Abdiwahab. The dialogue enabled the groups to reconcile and forge a unity of purpose.

Childhood friends Xalwo*, a 56-year-old businesswoman, and Faduma*, a 55-year-old religious teacher, shared their views of how the mediation process healed the rift and revived communication between them.

“I felt disappointed with my friends who deserted their Sheikhs (religious leaders) and decided to promote the formation of the current government,” said Faduma, who had moved to another town when tensions flared.

Xalwo and Faduma now enjoy each other’s company and advice without raising suspicion from the leaders of the women’s groups. They have revived their tradition of sharing tea and popcorn and are ordering merchandise together for their businesses to minimize costs.

“The mediation talks allowed us to sincerely air our grievances from both sides and this has led us to wipe out our differences,’’ explained Xalwo. “Our small tea meetings are priceless, so it’s important that our two groups reconcile.”

After the reconciliation workshop, communication between wider members of both groups was restored and consolidated in subsequent meetings as they were encouraged to work together in community activities.

The women are now able to go about their lives in a more peaceful way. Xalwo oversees literacy classes and henna decoration at a local community centre for women. “Thank God! I am relieved that we could continue with the programme without interruption,” she says.

These and similar initiatives involving women in peacebuilding and community reconciliation align with the UN Security Council Resolution (UNSCR) 1325, on Women, Peace and Security. They also run in tandem with IOM’s approach in guaranteeing the full participation of women in peacebuilding processes, and with the Organization’s overall commitment to mainstream gender in its programmes and activities.

“This reflects the important roles women play in our society and we would like to make sure they are represented in the political spheres and that their rights are ensured and protected in our society,’’ said Ubax Hussein Diblawe, the Minister of Women in Galmudug, speaking during the community reconciliation activity.

As much as relations between the women have thawed, Somalia remains fundamentally unstable and there is still a need to build on and deepen the newly established unity and goodwill that resulted from the mediation efforts. Xalwo, however, offers hope for the future. “We are all women and there are no winners if we are divided.”

This year, IOM started a project known as Daryeel – meaning “care” in Somali – that incorporates years of best practice to deliver IOM’s integrated community stabilization strategy, which is optimized by a combination of local presence, multi-sectoral expertise, and nuanced contextual acumen. Read more about the project here.

The reconciliation of women’s groups in Dhusamareeb was carried out under IOM’s Midnimo II project, thanks to funding from the United Nations Peacebuilding Fund.

* Some names have been changed to protect identities.