Weaving the Fabric of Society in Kyrgyzstan 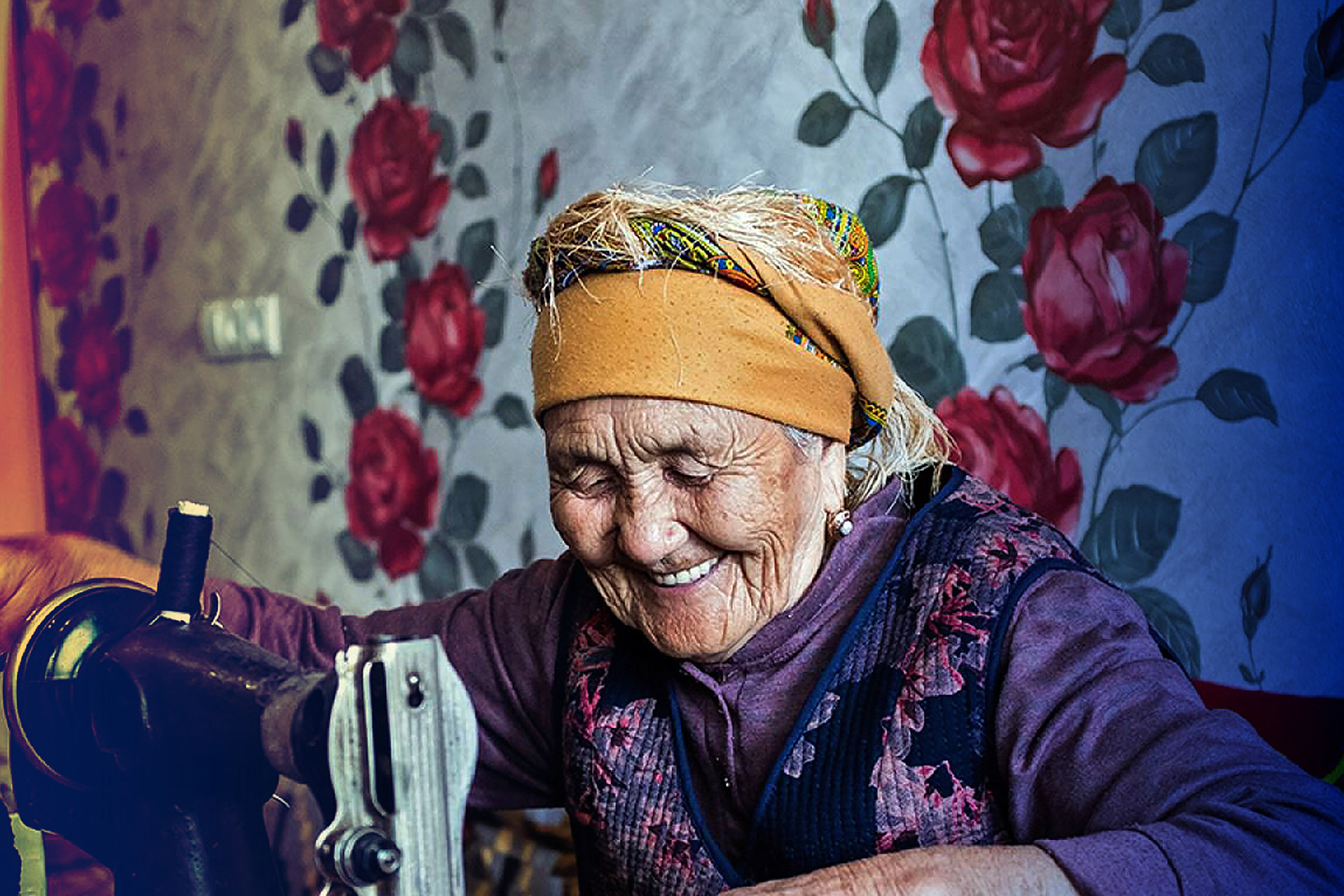 “I come from Jalal-Abad Oblast, where there is no work except for farming or plant growing.”

Jalal-Abad Oblast, 9 Jun 2021 – Landlocked Kyrgyzstan’s lofty peaks, deep forests and sparkling blue lakes often lead to it being referred to as the “Switzerland of Central Asia”. But unlike the mountainous European country, Kyrgyzstan is beset by economic difficulties which have led to over half a million of its 6.5 million citizens to seek employment abroad, principally in the Russian Federation and Turkey.

A full 30 per cent (USD 2.5 billion) of Kyrgyzstan’s gross domestic product is made up of money sent home by migrants. So, when Kyrgyzstan tightened its borders in March 2020 as part of the COVID-19 response, money transfers nosedived, dramatically affecting the economy and exposing many other pre-existing challenges faced by Kyrgyz migrants and Kyrgyzstan’s society in general.

By the middle of 2020, the World Bank was warning that a 20 per cent dip in remittances would disproportionally affect the southern part of the country – the main source of Kyrgyz labour migrants, who could least afford a concomitant rise in poverty levels. 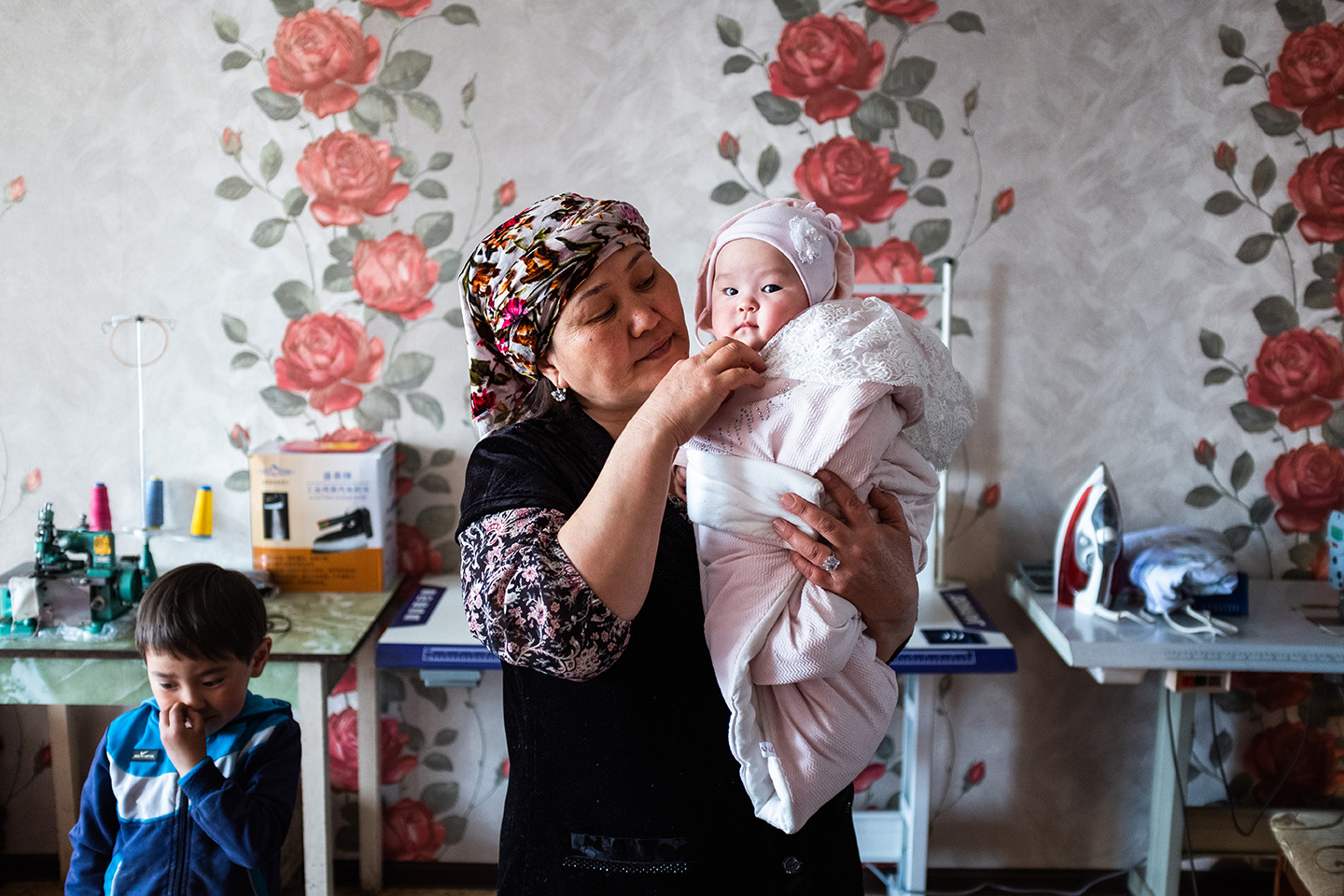 "To make ends meet, I borrowed money to purchase a one-way air ticket to the Russian Federation, where I found a job as a dishwasher."

Within months, 30,000 of a predicted 100,000 migrants had returned, affecting the socioeconomic fabric of society and increasing competition for resources in a context marked by a spike in poverty and unemployment.  Poverty-alleviation policies and a perceived inadequate level of social protection stoked existing grievances and tensions.

The International Organization for Migration (IOM)’s response was to concentrate on community stabilization and social cohesion. Experience has shown that the provision of information and opportunity to engage with government representatives helps to address community concerns. Such actions can link vulnerable people to services that could begin to mitigate economic needs, especially in a time of socio-economic exclusion and uncertainty.

According to Zulaika Esentaeva from IOM Kyrgyzstan, “Tailored reintegration, provided in collaboration with relevant state agencies and combined with community-based support, is an effective way of addressing vulnerabilities and mitigating the sense of abandonment and distrust many returned migrants have towards authorities and government.” 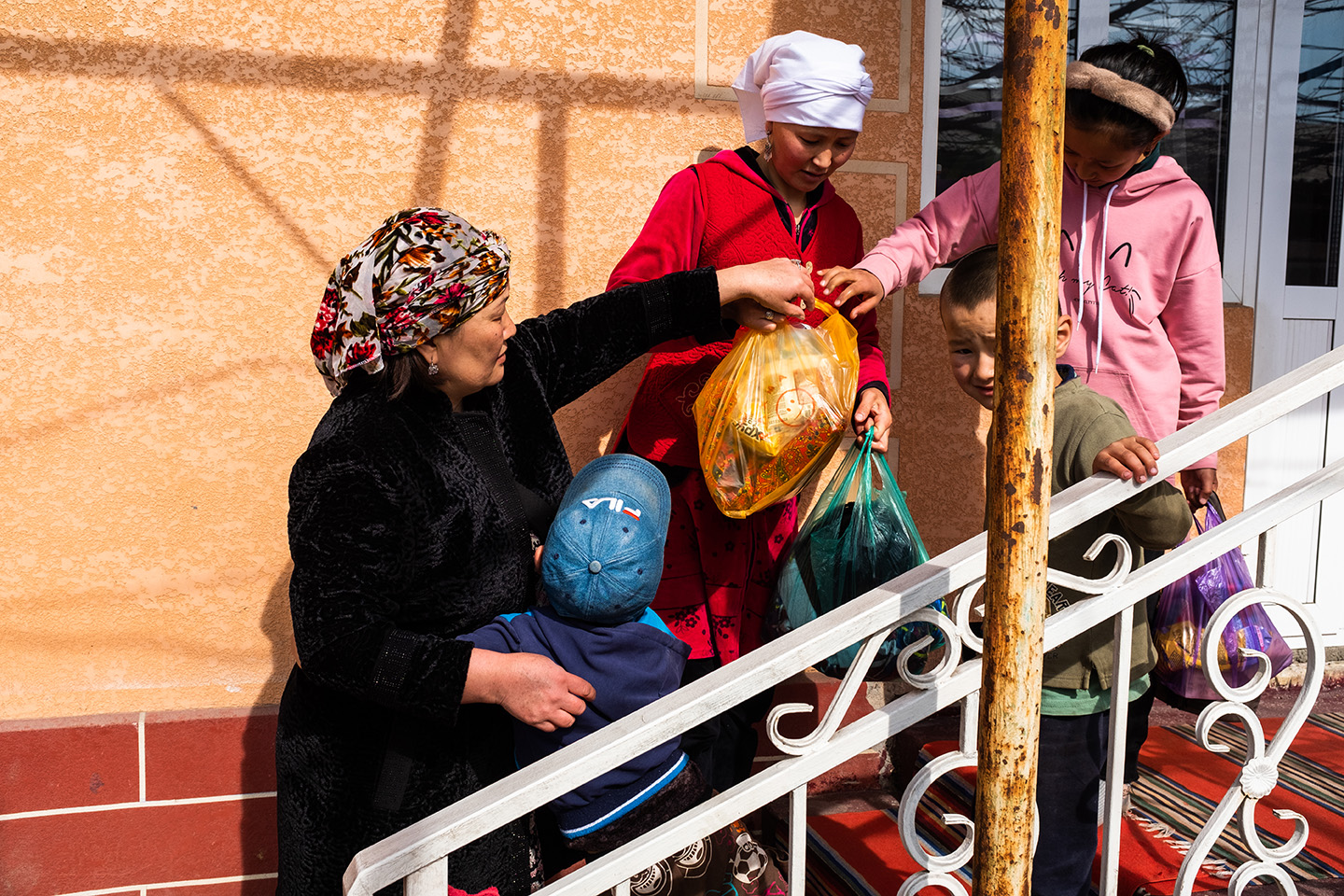 “I worked long hours and my kidney started to fail. In addition, the pandemic started.”  After evaluating everything, Astra decided that it’s better to return home.

One of the beneficiaries of IOM’s COVID-19 programming was Astra, who is 47 and comes from Jalal-Abad Oblast in southwestern Kyrgyzstan. Mother of three daughters and two sons, she was already struggling enough before the pandemic. She and her husband were unemployed, and sliding deeper and deeper into debt in order to keep their son in university.

“I took a leap of faith, borrowed money, and purchased a ticket to the Russian Federation,” she remembers. “I arrived at the destination country with an impression of a place where it’s easy to find a well-paid job, as there were plentiful job opportunities on the market.”

Astra soon discovered that the opportunities available to her as an older woman were not as good as she had been led to believe and, to her disappointment, the only work she could initially find was as a dishwasher.

The working conditions were rough, the schedule was arduous, and the pay was low. For only 15,000 rubles (just under $200 USD) each month, she worked long hours in a cold basement, the conditions of which began to take a toll on her health. As soon as she had paid off the debt for the plane ticket, she developed a kidney infection. To pay for treatment, she found herself both borrowing more money and back in debt.

Astra learned through the community members about IOM’s “Community stabilization through returned migrant reintegration in Kyrgyzstan and Tajikistan during and after COVID-19” project.

“Despite being severely ill I had to continue working and make an income,” she says. “I had to recover no matter what.”

When she got well, Astra left her job and found work preparing food for workers at a construction site, but was never paid. Then the COVID-19 crisis began to take hold and, like many migrants, Astra was forced to choose whether to stay in the Russian Federation or return home.

“Many migrants, having lost their jobs and not finding a new one, decided back in March to return to their countries of origin – despite a doubling or even tripling of ticket prices. And I was concerned that later, due to the worsening pandemic situation, I might not be able to go home at all.”

A recent survey conducted by the National Statistical Committee of the Kyrgyz Republic showed that more than one in five households had at least one family member who lost their job or was forced to return from abroad due to loss of earnings. Another 5 per cent lost their jobs abroad entirely, while a further 20 per cent became unemployed at home. 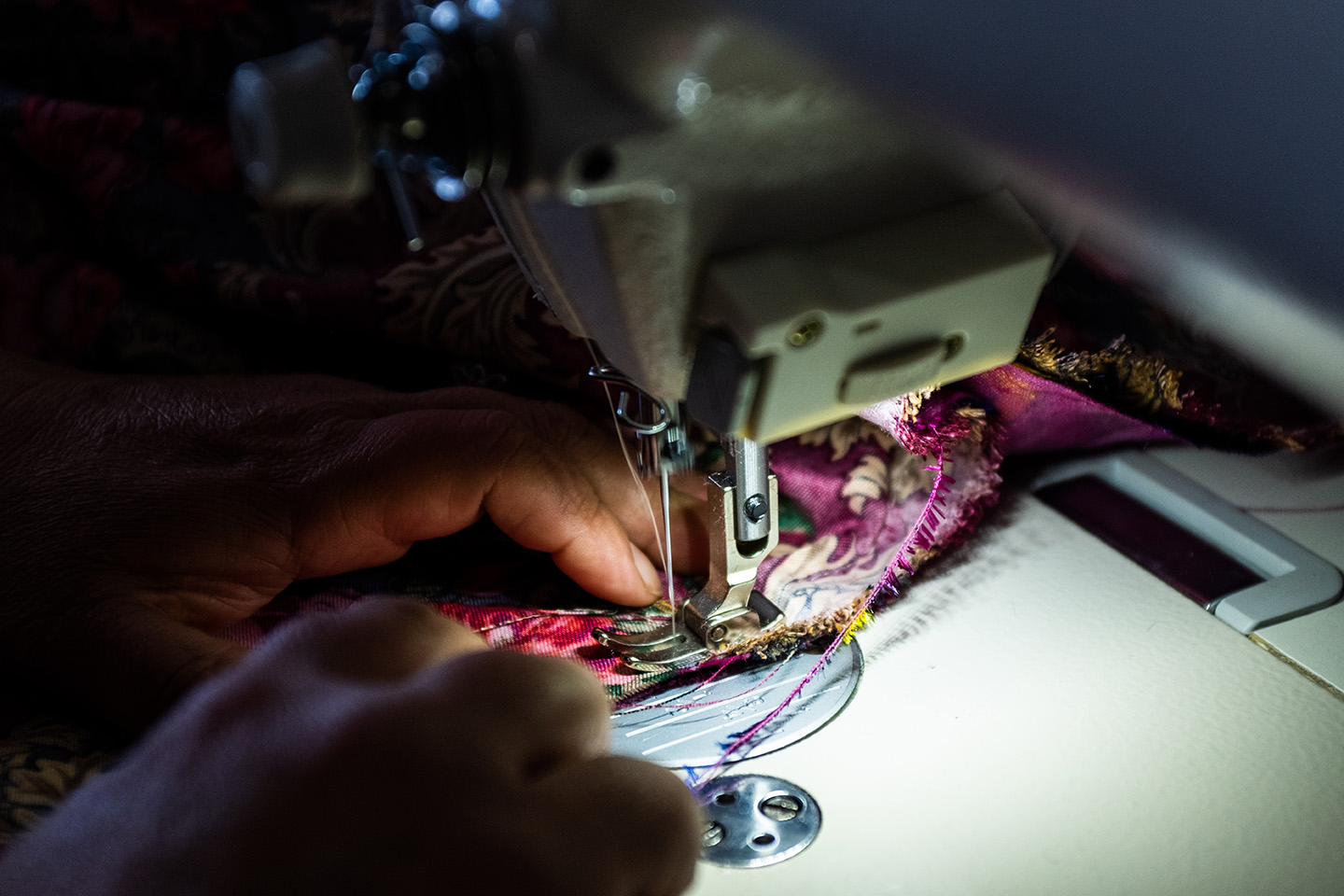 She developed a business idea and plan with the support of  an IOM caseworker,  and received material support.

“I was so happy to be back home,” she says, “but the struggle continued and even doubled due to sickness of my extended family members who fell ill with pneumonia. I had to pay for their care, so I borrowed more money and my debt spiraled further out of control.”

Just when things seemed really bleak, Astra learned about an IOM programme designed to improve community stabilization through support to returned migrants. She applied and soon received support from a social worker to develop a business plan which would help her pull herself and her family out of their debt crisis.

“I now run the business with my three daughters, and we make a living sewing custom-made linen sets.”

From IOM she received three sewing machines and an iron, and was able to open a small sewing business.

“I now run the business with my three daughters, and we make a living sewing custom-made linen sets and other orders for our neighbors and fellow villagers.” She is already planning to expand her business.